It’s not the smallest LG OLED – that prize goes to the 48-inch OLED48CX6LB – but the OLED55BX6LB is the cheapest OLED TV available.

OLED TVs tend to be more expensive than LCD TVs, because the screen technology is more advanced. OLED TVs don’t use a backlight; instead, each tiny bulb in the display emits its own light, which can make for better contrast and motion.

Not too long ago, you’d have struggled to get a 55-inch OLED for less than £1,300. But, as with any new tech, OLED prices have dropped as they’ve become more mainstream – at the time of writing, you can buy an OLED55BX6LB for £1,098. Here’s how other brands’ cheapest OLEDs stack up (click on the links below to visit the full reviews of the sets we’ve tested).

But while the low price is bound to appeal, to be a genuine bargain a TV has to combine a great price with great performance. So, how does the BX OLED compare with its rivals – and is it good enough to buy right now, given that LG’s revealed even cheaper OLEDs may be just around the corner?

It’s a great time to buy a TV, so take a look at the best TVs we’ve tested

Why is the OLED55BX6LB the cheapest OLED TV? 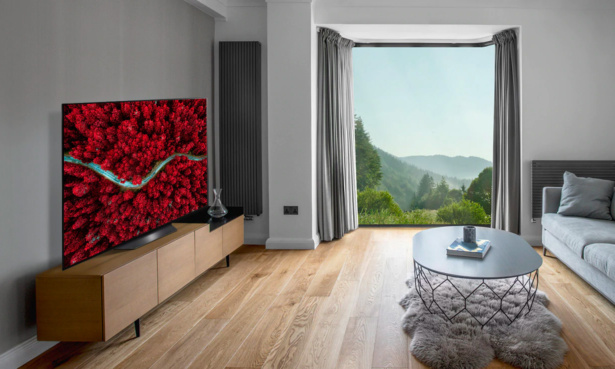 There’s a key difference between the BX range and LG’s more expensive CX and GX ranges: the processor. The Alpha 9 processor powers the pricier models, while it’s the Alpha 7 tucked away inside the BX.

This chip is important. It plays a major role in how the content looks and sounds. 4K TVs, as all TVs in these three ranges are, should be making even lower-resolution content look close to 4K. That’s a tough task, and the more powerful the processor the better the upscaling should be.

By that logic the CX and GX ranges, with their Alpha 9 processors, should have the crispest, most detail-rich picture at all resolutions, while the BX should be less razor-sharp.

However, we put that to the test in our lab and the results told a different story – in terms of picture quality, there wasn’t much to pick between the OLED55BX6LB and more costly OLEDs above it. You can read our full reviews of all three to see if any reached the standard we expect of high-end OLED TVs.

Other than the processor, on paper there’s little to choose these three LG OLED ranges. Features all three have in common include: 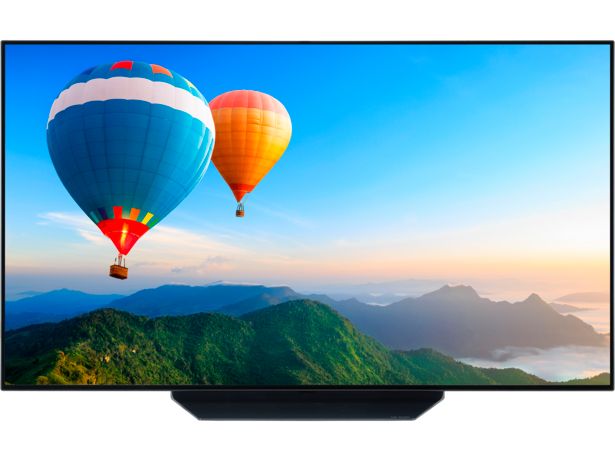 Beyond the spec sheets: why our testing matters

There’s more that goes into making a TV than just the technology, and a spec sheet can only tell you so much. Engineers spend many hours getting the most from the components, tweaking settings for smoother motion, more expansive sound and crisper detail – and you just can’t tell how much effort they’ve put in from an information leaflet.

It’s here where our testing comes in. Our experts study every aspect of each TV we test, spending weeks checking every facet of the screen, speakers, menus, remotes, instruction manuals and more to give you an indication of whether a TV is worth buying.

The LG OLED55BX6LB may be the cheapest OLED, but that doesn’t necessarily mean it’s worse. Read our full LG OLED55BX6LB review to see how it measures up.

From the features to look out for to what size TV is best for your room, our guide on how to buy the best TV can help you choose the perfect model

In among LG’s OLED Evo and MiniLED announcements at CES, there was a smaller one that flew under the radar. That’s partly because LG wasn’t giving much away, but even the few snippets of information there were had us excited.

Its upcoming A1 range, new for 2021, will be even cheaper than its new B1 series (the likely name for the successor to the BX range).

The A1 range will use the fourth-generation Alpha 7 processor and have a 60Hz panel rather than a 120Hz one. This will affect gaming and other content that can make use of such a high frame rate, but won’t be as big an issue for people who only use their TV for films and shows.

There may be other factors that will help LG keep costs low on its new A1 range, but by all accounts the features will be largely the same across all LG’s 2021 OLEDs, aside from the range-topping OLED Evos.

We’ll almost certainly test these new models so you’ll know whether the cost-saving measures have an effect on quality, so watch this space.