This Sunday (28 February) is the final day self-assessors can file their 2019-20 tax returns without receiving an automatic £100 fine from HMRC.

Nearly two million people missed the 31 January deadline this year, according to HMRC – a larger number than usual, likely due to the fact that the tax authority announced it would waive late filing fees during February. However, these fees will be reinstated from 1 March.

If you haven’t yet paid the tax that was due on 31 January you would have been charged 2.6% interest since 1 February, but there is good news. On 19 February 2021, HMRC announced that it would be waiving the 5% late payment charge, which would usually be levied on unpaid tax on 3 March.

Here, Which? explains the latest self-assessment tax rules for those who haven’t yet filed their 2019-20 tax return or paid their tax bill.

What late penalties will you pay?

There have been several changes this year as to how late fees and charges are levied on self-assessment tax returns, and the tax itself.

These have been implemented as part of the government’s financial help measures, acknowledging the effects the coronavirus crisis has had on many self-employed workers, along with other self-assessors.

If you file your tax return by the 28 February deadline, you won’t have any late submission charges to pay.

If you pay your tax bill at the same time, you’d have started accruing interest on the outstanding tax on 1 February at a rate of 2.6%, so you’d likely have a small amount added to your tax bill.

Tax returns submitted after the 28 February deadline has passed will be subject to a late filing penalty. Usually, this is an automatic £100 charge, which increases the later you submit it.

HMRC has waived its 5% charge on outstanding tax that would usually be charged on 3 March, as long as those who haven’t paid the tax bill due on 31 January 2021 either pay up in full or set up a payment plan by 1 April.

Failing to do so means 5% will be added to your tax bill, in addition to the 2.6% interest that will have been accruing since 1 February.

This is separate from any charges you may face if you were also late submitting your tax return.

Note that it will also not be possible to set up a repayment plan after 1 April, as this has to be done less than 60 days after the payment deadline.

The usual timeline for late charges would see £100 charged on late tax returns from 1 February and a 5% charge on unpaid tax issued on 3 March – in addition to interest. 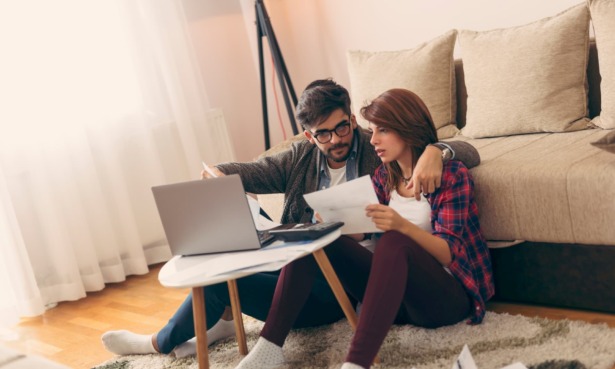 What is a Time to Pay arrangement?

HMRC’s Time to Pay arrangement has been in place for some time, but due to the financial impact of the pandemic, it’s been made available to a much larger number of people who are struggling to pay their tax bills.

HMRC says more than 97,000 people have already signed up for its Time to Pay arrangement.

It works by splitting up your payments into instalments, so you don’t have to find the money to pay your tax bill in one chunk. However, you will still be charged 2.6% interest on any tax that’s outstanding after 31 January.

For now, to be eligible for the arrangement you must:

If you’re not eligible for the payment plan, or can’t use the online service, call the self-assessment payment helpline on 0300 200 3822.

Tips to file by 28 February

Here are a few of our top tips to make sure you can file your return by 28 February and avoid that £100 late fine.

Get your paperwork together first

If you do the job of hunting down the relevant documents first, you won’t have to interrupt the process of filling out your tax return every time you need to check a number or code. What you’ll need depends on your circumstances, but as a starting point, you’ll definitely need your National Insurance number and your Unique Taxpayer Reference (UTR) number.

If you’re filing your tax return on the government website, make sure you know your user ID and password to get in. If you’ve forgotten your password, it can sometimes take a little while to reset, so don’t leave this check until the last minute.

Make sure you know your tax allowances

Brush up on the allowances that were in place in the 2019-20 tax year, as these have an effect on how much tax you’ll have to pay.

Our range of guides can help you get a handle on what can be applied to your income:

While you’ll likely need to have receipts or bank statements to prove expenses you want to claim, it’s also possible to claim a flat-rate expense for things such as working from home, mileage and maintaining a work uniform.

If you’re still missing figures, don’t delay filing your tax return to wait for them.

Instead, you can submit estimated or provisional figures and update your return when you receive the accurate information – but you should let HMRC know if you’re doing this.

The figures you submit should be your best estimate, as HMRC may charge fines if it believes your figures are deliberately misleading.

File your tax return with the Which? tax calculator

If you haven’t yet filed your 2019-20 tax return, you can still do so using the Which? tax calculator.

The online tool allows you to tot up your tax bill, suggests allowances and expenses you might have forgotten, and it even submits your return directly to HMRC when you’re finished.

A range of income sources are covered, and it’s totally jargon-free.

Making a will: four dos and three don’ts