Samsung has announced the launch of the Galaxy A52 5G and Galaxy A72 – and with both hovering around the £400 they could prove a tempting alternative to pricey flagships.

In case you missed it, these are the successors to to the popular Galaxy A51 and Galaxy A71 – a pair of ‘awesome’ phones that piqued many people’s interests last year.

We’ll run through what we know about each to see what’s new and improved.

Samsung Galaxy A52 5G and A72 compared

Samsung claims its new launches make ‘powerful innovation accessible to everyone’, and at first glance they do seem to have packed in some premium features on a mid-priced phone.

The main difference on the two phones is that the cheaper of the two is compatible with 5G. As more and more cheaper handsets come future-proofed with the latest wireless technology, it seems a strange omission on the A72.

However, there are some added extras to make up for it. The camera setup is more impressive for a start, with a 30x digital zoom, vs just 10x for the A52 5G, thanks to its additional telephoto lens. You also get more AMOLED screen to enjoy, and a slightly bigger battery, too.

Both phones come with an IP67 rating, which means they’re protected from dust and submersion in water up to a metre deep for less than 30 minutes. They have the same amount of internal storage, too, which can be extended via the micro-SD card slot.

Considering an upgrade? Find out which phone brands offer the best security support. 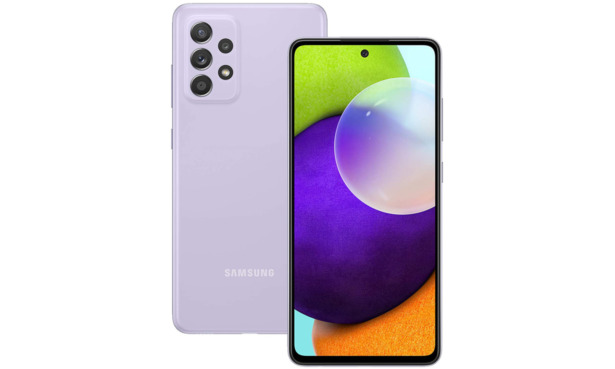 Samsung’s thrown a few incremental upgrades at the A52. The AMOLED screen is the same size and resolution we saw on the A51, but otherwise you get more Ram processing power, a higher resolution main camera, a bigger 4,500mAh battery and stereo speakers.

It’s also equipped with 5G, so you’ll be able to take advantage of a 5G contract in the future.

We haven’t tested the Galaxy A52 5G yet, but read our Samsung Galaxy A51 review to see how its predecessor fared.

You can also check the best contract deals on the Samsung A52 on Which? Mobile Switch. 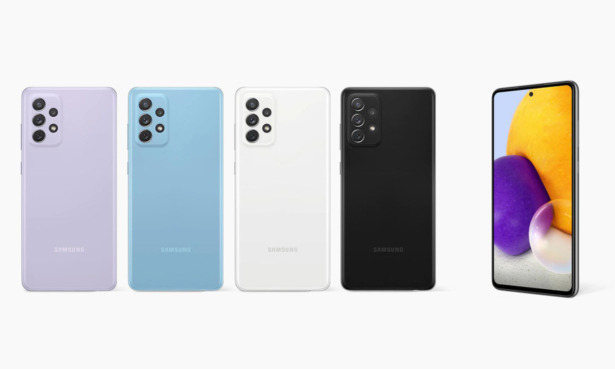 Samsung has also kept the same display as the A71 for its latest phone in the series. It’s squeezed in a bigger battery though, taking the A72 up to a hefty 5,000mAH.

The main upgrade is the addition of an 8Mp telephoto lens – usually only seen on premium phones. This gives us high hopes for this model’s picture and video quality.

We’ll have our full test results soon, but meanwhile check out our Samsung Galaxy A71 review for an indication of how the A72 will perform.

Should you buy a Samsung smartphone?

Samsung is one of the most prolific smartphone brands, and it’s cornered both ends of the market, with budget models under £200 as well as premium phones costing more than £1,500. But is it a brand worth investing in? 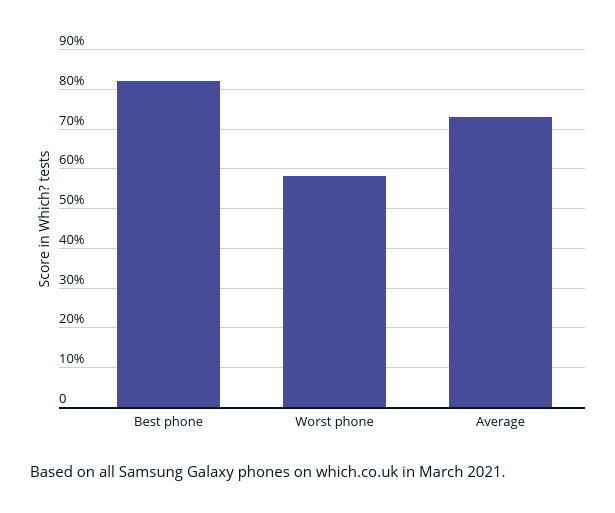 With an average test score of 73%, a Samsung smartphone is a pretty safe bet. Not all are brilliant Best Buys though – one scored a very disappointing 58%. Our mobile phone reviews can help to make sure you get the best model for your money.

When it comes to smartphone security, Samsung is one of the best on Android. It supports many of its phones with four years of security updates, which means you can hang onto your phone for a while after your two year contract with the peace of mind that it’s still secure to use.

However, this four year promise doesn’t extend to all phones, and it’s been known to support some cheaper devices, like the Samsung Galaxy A6, for just two.

See our guide to mobile phone security to see how long your current or future phone will be supported.