The Treasury has dubbed today (23 March – the first anniversary of the UK lockdown) ‘Tax Day’ and released a number of documents detailing changes and proposals aimed at modernising and improving the UK tax system.

Usually, these sorts of consultations would be included as part of the Budget, but Chancellor Rishi Sunak said he wanted to do it afterwards this year so the consultations could receive greater scrutiny.

Among other things, changes are being explored as to how self-assessment income tax is paid, how holiday lets are taxed and how air passenger duty is charged.

Here, we identify nine tax day plans that could affect your finances.

1. It may become easier to deal with inheritance tax

From 1 January 2022, the government will reduce some of the administrative steps for those dealing with inheritance tax.

This means more than 90% of non-taxpaying estates will no longer have to fill out any inheritance tax forms for deaths when probate or confirmation is required, which will reportedly spare more than 200,000 estates from this admin task.

Those dealing with a trust or estate will also be able to continue providing an inheritance tax return without the physical signatures of all involved. These rules had been brought in temporarily but will now be made permanent.

In a separate consultation, which is now closed, the government had been exploring whether the taxation of trusts is transparent and fair. However, it concluded that there wasn’t enough demand for reform in this area right now.

A consultation has been launched seeking to review aviation tax. Under the government’s proposals, new air passenger duty (APD) bands would be added to the current list, which would see those who travel the furthest pay the most tax.

There is also the suggestion of a ‘frequent flyer levy’, which would increase the amount of tax liability due depending on the number of flights a passenger had previously taken.

However, those who take domestic flights could see a reduction in the APD they pay. In a bid to support the government’s objective of ‘levelling up’ all parts of the UK, domestic flights could receive a ‘return leg exemption’ or a new, lower APD band to reduce the amount of tax due for these short UK flights.

3. Self-assessment may become pay as you go

This consultation is looking into the possibility of making self-assessment taxpayers calculate and pay their income tax and National Insurance contributions (NICs) more often, rather than the traditional once a year (or twice if you pay tax by payments on account). Small companies that pay corporation tax could also see the same changes.

Merging with the government’s plans to roll out the ‘making tax digital’ system to self-assessment from April 2023, the plan is for tax calculations and payments to be done several times a year, reducing the amount of time between earning income and paying tax on it.

It’s hoped the changes would both reduce the non-payment tax gap, while also helping with cash flow issues caused by the current system.

4. There could be a crackdown on holiday lets

The criteria of what counts as a holiday let is set to change and may depend on how many days a property is rented out for.

This step aims to cut down on the number of people who pay cheaper business rates, rather than council tax, on properties they claim to be holiday lets, when they’re not actually rented out very often or at all.

5. The way the tax system is analysed could change

The government announced it will be carrying out a review into the effectiveness of the Office of Tax Simplification (OTS) – a requirement that was outlined in 2016’s Finance Act.

The OTS is an independent adviser to the government, tasked with making recommendations to the Chancellor about how to go about simplifying the UK tax system.

In July 2020, Mr Sunak asked the OTS to carry out a thorough review of the capital gains tax system; none of its recommendations outlined in a report from November 2020 have yet been put into action. 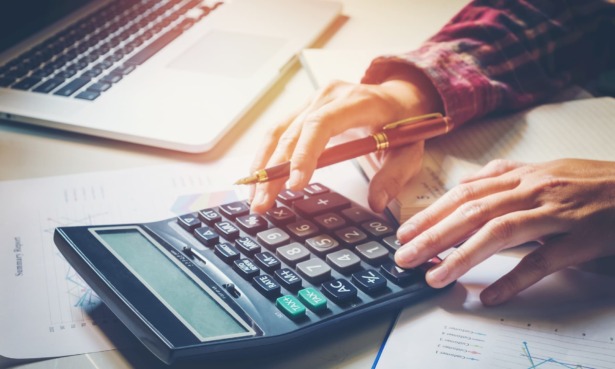 The government’s loan charge crackdown has been a topic of debate for several years now, as many individual taxpayers have been caught out with hefty tax bills after getting duped into using disguised remuneration schemes.

The companies advertising these schemes organise arrangements where a taxpayer’s income is reduced to cut down on income tax and NICs, and then they’re paid the remainder of their salary via non-repayable loans, which are not taxable.

In addition to making it easier to close companies down and freeze their assets where they’re found to be promoting this kind of tax avoidance scheme, the government will also be improving its advice to taxpayers about disguised remuneration schemes, in the hope that the more educated people are, the less likely they’ll be to sign up.

7. Getting tough on tax avoidance promotion

There’s a consultation on a package of measures which would enable HMRC to secure or freeze the assets of a tax avoidance promoter, in order to force them to pay penalties, along with closing down companies, disqualifying their directors and helping taxpayers get out of a scheme they’ve been duped into.

These changes will be legislated for in Finance Bill 2021.

8. Bad tax advice could become a thing of the past

The government is seeking to improve the standards of tax advice in a consultation, which proposes introducing a requirement for all tax advisors to have professional indemnity insurance. It’s also asking for views on what the definition of tax advice is.

It’s hoped that, if someone still receives bad tax advice, such a measure would help taxpayers access redress.

The government had published an interim report while it continues to analyse the responses to its consultation on a ‘fundamental review’ of business rates.

A common theme in responses was that reliefs and exemptions to business rates are too complex, that rates in general are too high, and that the system favours small businesses even if they don’t need support.

While the government has issued 100% business rates holidays in England throughout much of the pandemic, it’s set to be reintroduced gradually for many businesses from June.

The government notes that previous reviews of business rates have found it to be easy to collect and difficult to evade, and an important way of raising high levels of revenue for local services – so it’s unlikely that it will be scrapped.

The review will conclude this autumn.

Premium bond winners in August 2021: is this the luckiest year to buy bonds?