Snapshot research by Which? compared the prices of 12 peak-season holidays in the Algarve both before and after publication of the green list, and found that prices were cheaper, on average, after the announcement. One 5-star break with Jet2 Holidays dropped in price by more than £600.

Holiday companies reported a surge in bookings following confirmation that from 17 May holidays abroad would be allowed for the first time since last year. Thomas Cook said bookings to Portugal had gone ‘through the roof’ after the announcement, increasing 250% on the week before.

But despite anticipation that prices would rocket along with pent-up demand, our snapshot of a dozen holidays with mainstream providers Tui and Jet2 Holidays, showed that prices have been relatively stable. Half of the holidays had dropped in price, and half had increased. On average, prices were £19 cheaper.

The biggest price drop was for a five-star resort in Albufeira with Jet2. The price of a double room cost just £2,956 on the Monday following the government press conference. Ten days earlier it was priced at £3,580 – a whopping £624 more.

Flight prices are low, too

The low cost of flights has helped to keep package prices low. Despite recent reports of flight fares doubling to Portugal, data from Skyscanner shows that the average August fare from London to Faro (Algarve) for those booking this week is just £111 (economy return).

But people booking in May 2019, before the pandemic, would have paid an average of £175 for an August flight.

Skyscanner told us that despite temporary fluctuations immediately after the announcement, ‘prices are generally very low compared to the last “normal” year (2019), so any temporary rise in price are likely still good deals’.

Holiday companies with their own airlines, like Tui and Jet2 Holidays, can increase capacity and control the price of a flight within the package to keep headline rates low.

While Tui’s prices for holidays using flights that were available before the announcement had gone up by as much as £880, we found it was easy to bring that price down by swapping to newly-introduced flights on the same dates.

Tui told us ‘we’ve worked hard to keep our prices for green destinations the same… We’ve added new flights and extra holidays to Portugal and Madeira on Tui Airways.’ 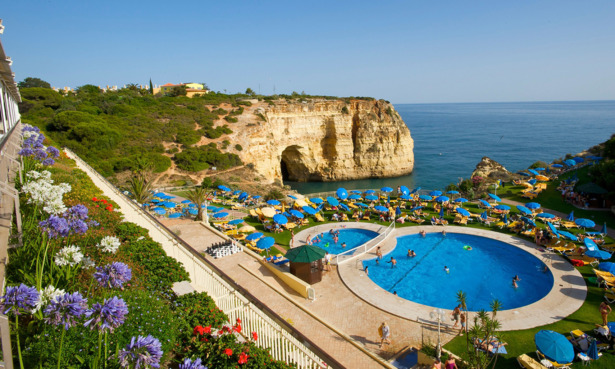 Which? recorded the prices of three, four and five star Algarve holidays for two people for 14 nights, departing from a London airport on or near to Monday 2 August. Prices were recorded on Friday 30 April, and then again on Monday 10 May – three days after the green list publication.

The cheapest August holiday to the Algarve with Tui is £1,802.

When can I go to Portugal?

It’s unclear. While Portugal is on the green list, the country currently bars entry to third country nationals for holidays – that includes UK residents.

Should I book a holiday to Malta, Portugal, Spain, Greece, Turkey?