It’s probably been the longest wait for international football that anyone can remember, but UEFA Euro 2020 finally kicks off today in Rome with the opening Group A clash between Turkey and Italy.

A good beer can accompany you through all the excitement (and inevitable disappointment) to come, but if the internationals make you keen to try some beers from elsewhere, a beer subscription could be worth trying to add extra fun to the tournament.

Beer subscriptions give you a curated selection of craft beers every month, but with so many to choose from and enticing introductory offers, it can be a headache deciding which one is for you.

To help you choose we tried out the introductory offers from Beer52, BrewDog, BeerBods by Beer Hawk, and Virgin Wines Beerbox.

Read on to take a peek inside their beer boxes and see which you might want to try for yourself. 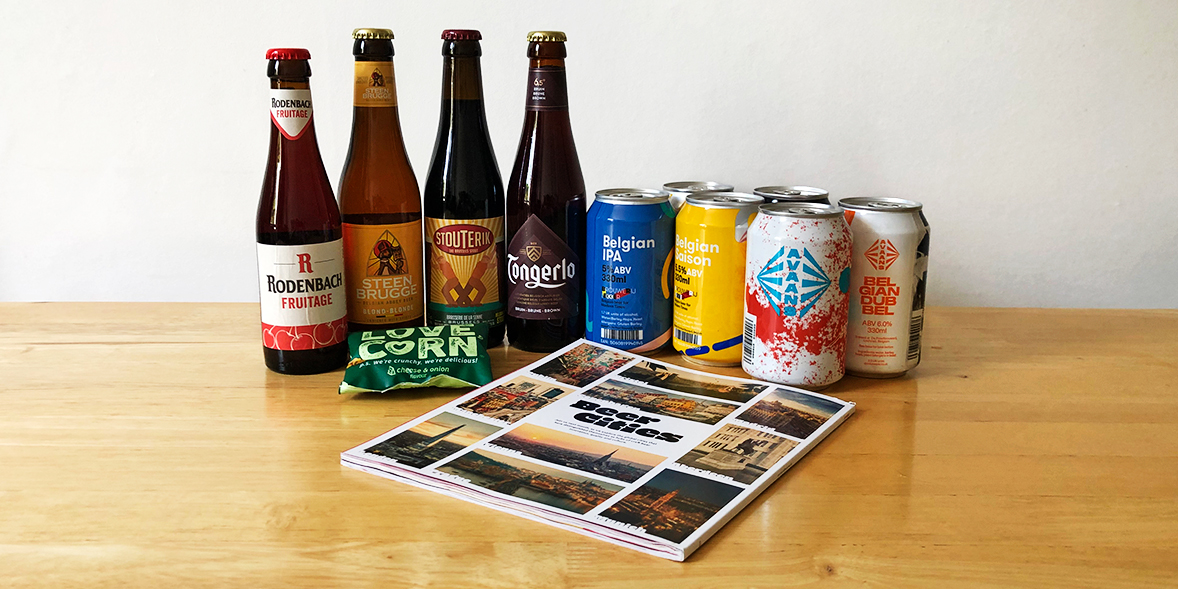 Beer52 journeys to a different region with each box, and our introductory box took us on a tour of Belgium.

Belgian beer is known for its variety and that certainly appears to be what Beer52 aims for in this beer box.

A fruit ale, a brown ale, an IPA, a blonde, a session pale and wheat beer were just a few of the types included, so if you’re looking to venture into different beer types and breweries, this box could be worth a try.

If you’re choosy about which types of beer work for you, however, you might find yourself not touching a few bottles or cans in the box.

Beer52 does let you opt for just light beers in its subscription options, but it doesn’t get any more customisable than that.

You’ll have an opportunity to learn all about the beers you’re drinking with the included magazine, which covers tasting notes and interviews with its breweries. 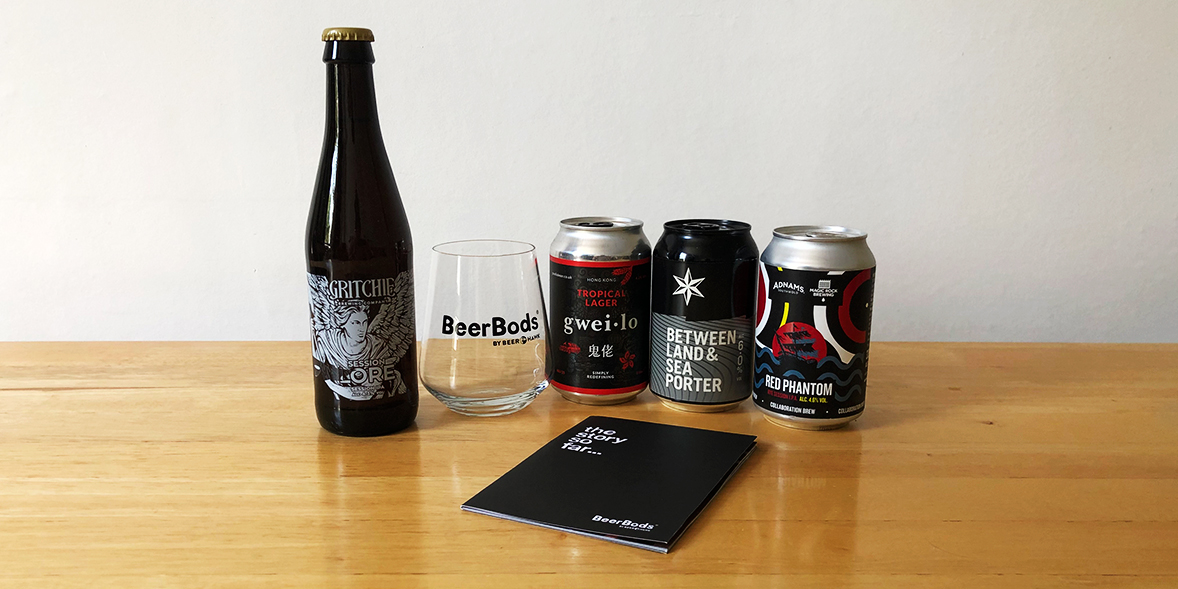 What was in our box: Four 330ml beers (mixed cans and bottles), one beer glass, one magazine.

How to cancel: Email hello@beerbods.co.uk with ‘unsubscribe’ in the subject line.

This box was mainly focused on independent UK breweries rather than beers from abroad. The three UK beers were a rye session IPA from Suffolk, a Cornish porter and a Dorsetine Session IPA, and the other was a papaya and lime-flavoured lager from Hong Kong.

The introductory offer from BeerBods gets you a glass, which isn’t something commonly found in starter boxes from other beer subscriptions.

However, the included magazine didn’t mention the beers included and was instead about the story of the BeerBods company.

BeerBod’s focus is online, where you’ll receive a weekly email with a link to an article telling you about one of the beers you’ve received and an invitation to a weekly online tasting.

This will appeal to some, although it may put off those who prefer to read physical literature rather than communicate via computer screens. 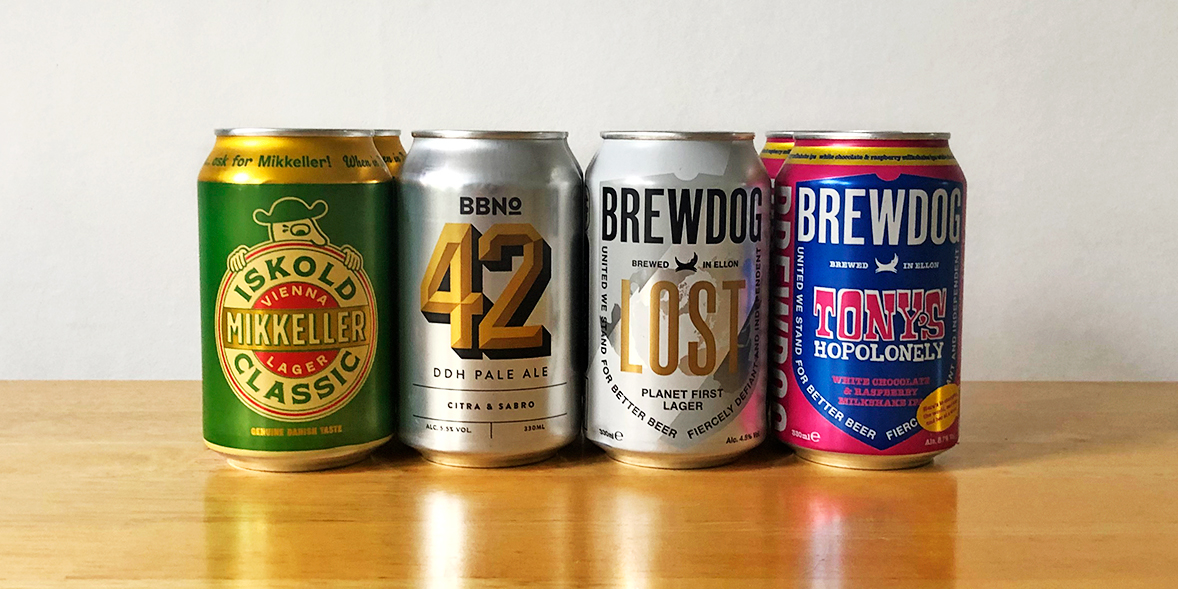 How to cancel: Log in and head to the ‘My Account’ section of the website to cancel. You must cancel by 2nd of the month to avoid being charged for that month’s box.

BrewDog claims to have the most sustainable beer subscription in the world, so if you’re conscious of your impact on the planet you might be drawn to this option.

As you might expect 100% of the packaging received was recyclable, although the only part of the others that wasn’t was the sticky tape that sealed them shut.

There were two of each drink in our box, so four drinks in total. Two were BrewDog’s own and the other two were partner breweries – one a pale ale from London-based Brew by Numbers and the other a Vienna-style lager from Danish brewer Mikkeller.

This is the make-up of each box from BrewDog, so half the beer you receive in your subscription will be theirs. This might put off those keen to broaden the breweries and beers they sample, but it’s great for fans of BrewDog. 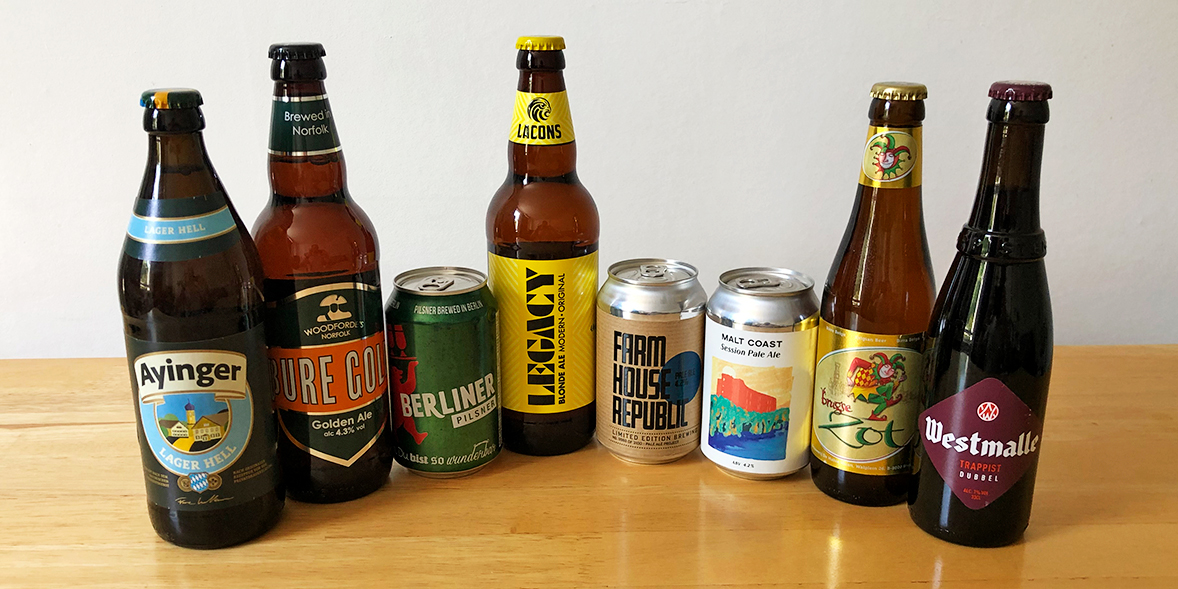 What was in our box: Three 500ml beer bottles, five 330ml beers (mixed cans and bottles).

The Virgin Wines box had some larger beers compared with the others. Three of them were 500ml, while every other bottle and can was 330ml.

Despite this, there was still slightly more beer in Beer52’s box overall and Virgin Wines’ introductory offer was the priciest overall.

However, if you’re looking for an even balance between drinking British beer and those from abroad, this box could be for you.

Half of the beer in this box was from the UK and all of it was from Norfolk: a golden ale, a pale ale, a blonde ale and a session pale.

The others were a double beer and a blonde from Belgium, and two German lagers.

Tasting notes and the origins of each can be found on Virgin Wines’ website, but there’s no literature included in the box, so you’ll have to seek out your information online if you’re keen to learn.

How to get the most out of beer subscription introductory offers 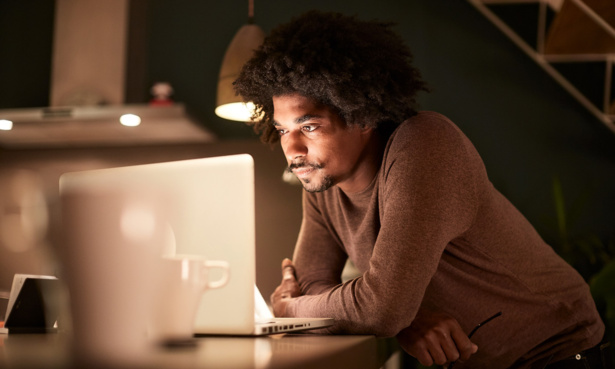 In total, when trying out these four beer subscriptions, we spent £34.89 and received 26 beers, two magazines, a snack and a beer glass.

On average, the 10 standard subscription options we compared in our beer subscriptions guide amount to £33 per box of eight beers, and you don’t always get extras such as magazines, tasting notes or snacks in every box.

It’s clear to see that you can get a lot of beer for little expense if you shop around the introductory offers available from different beer subscriptions.

You’ll just have to remember to cancel each one you try if you don’t want to commit to a subscription, as you’ll have to sign up in order to redeem the introductory offer.

Unless you manually cancel the subscription, you’ll be charged in full for your next beer box, and some beer subscriptions can only be cancelled by phoning the company directly.

We didn’t have any problems cancelling the beer subscriptions we tried, although we commonly found that each made an effort to keep you on board with discounts and reminders of what you’re getting with a full subscription. 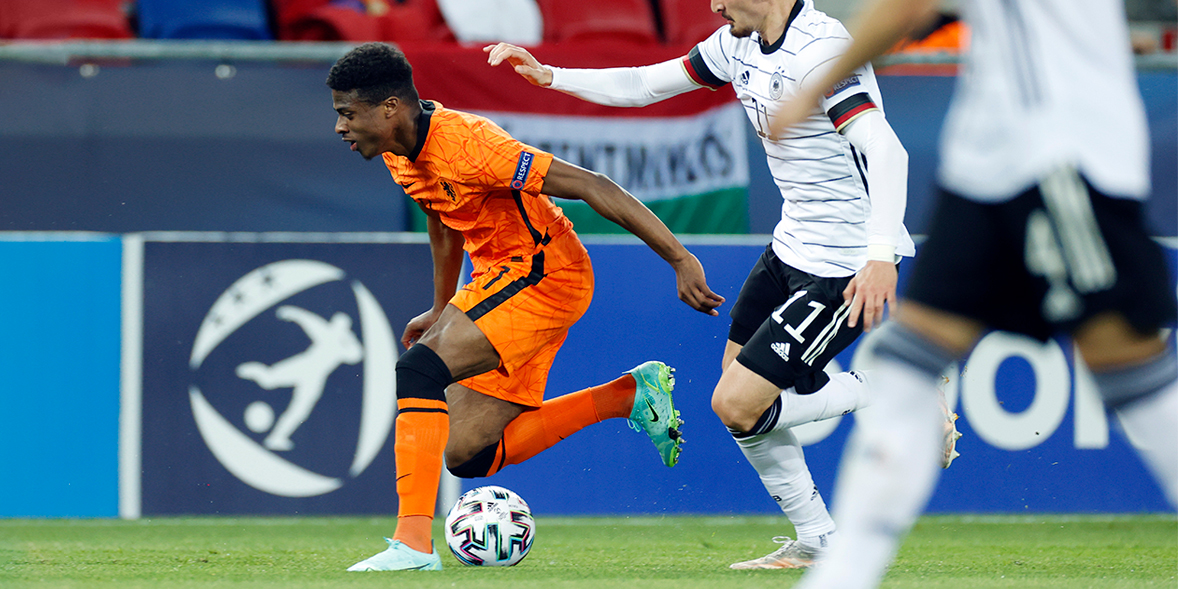