Much of the recent success of OLED TVs can be attributed to LG. It was the first brand to make the technology the focal point of its high-end ranges and now, five years on, OLED is synonymous with high quality and high price.

We haven’t reviewed the 77 ad 88-inch models because they are enormous – both in size and price, which gives them limited appeal.

Will an overhauled operating system and a redesigned remote be enough to stave off the looming challenge of the OLED evo G1 range (more on them later), or are the C1’s days at the head of the high-end TV table numbered?

Find the best TVs from 2021 and some bargains from 2020 in our expert pick of the top five TVs.

LG OLED C1: what you need to know

Here’s the essential information about the LG OLED C1 range. Keep reading to find out what our testing uncovered.

Are the LG OLED C1 features worth having?

It’s a list of every feature you’d expect a high-end TV to have in 2021. It’s ready to take full advantage of the PlayStation 5 and Xbox Series X/S, it has the most advanced HDR formats in Dolby Vision and Dolby Vision IQ, and, by using the latest version of HDMI and HDMI eARC, it works with the highest quality audio and video signals.

Of course, features can only tell you so much. You need to watch and listen to the TV to fully understand if it’s worth buying. Thankfully that’s something we do… for hours. 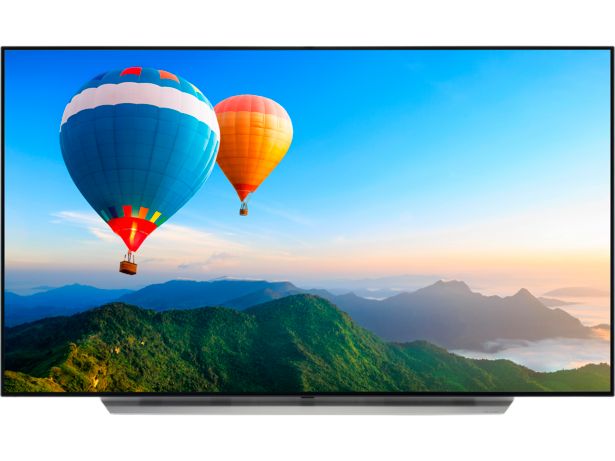 What did our test of the LG OLED C1 uncover?

4K is truly staggering. There’s so much detail and, as you’d expect for an OLED, the contrast is rich and deep. OLED screens are synonymous with impeccable contrast because they don’t have backlights – the pixels make their own light instead, so there’s more control over lighting.

Some of the models had sound issues though, which we wouldn’t expect to hear on such a high-end TV.

The new remote is great. Although, to be fair, the one it replaced was great, too. It fits nicely in the hand, has clearly labelled buttons and you can still point it at your TV to activate a Nintendo Wii-style pointer. It’s ideal for selecting inputs and other things on the menus, but even without it we’d still sing the remote’s praises.

The highest resolution content shines bright on this TV, but much of what we watch is still HD and even SD. So a TV needs to upscale well; turning blurry old shows into something sharp and crisp. There’s also the matter of the new operating system. We thought the old one was fantastic and we were surprised when LG announced the overhaul.

Read our reviews of the LG C1 range to see whether they live up to the promise of their high-end specs and that new operating system:

What about OLED evo TVs?

No self-respecting TV manufacturer rests on its laurels, which is why LG is pushing the OLED envelope in 2021 with its G1 OLED evo range.

The G1 range is also known as the ‘Gallery Series’ because the TVs are designed to be wall mounted and sit flush to your wall like a picture. They can display works of art while you’re not watching them, too.

More interesting than what it can display is the screen itself. It’s the first time we’ve seen an evolution of OLED technology since they became HDR compatible.

So what’s all the fuss about? Well, since they aren’t backlit, OLED panels aren’t usually as bright as LCD or QLED sets, but LG has said that its OLED evo panels produce more light per pixel.

They should be brighter, but it’s not like we’ve all been pining for a full-beam OLED. Another element of this increase in Nits (the measurement of screen brightness or one candela per square metre) is more vibrant colours, which is more notable.

It could improve HDR, too, which thrives when showing the extreme difference between light and dark areas of the screen. If more Nits equals more range between the two spectrums, then the G1 TVs could have enviable HDR picture.

You don’t need to wait long for our verdict on these TVs though. They are in our lab being tested and we’ll have reviews soon.

Need to buy a new TV right now? Make sure you buy one that’s worth your money – use our expert television reviews.