With the sun finally starting to make a long-awaited appearance, you might be thinking about picking up a portable barbecue so you can enjoy freshly-grilled food wherever the summer takes you.

There are so many options available on the market that it can be tricky knowing exactly what to look for, and there’s no guarantee that spending more money will ensure you end up with a better barbecue.

We’ve rounded up a handful of portable barbecues we’ve tested in 2021, as well as some more general information to help you make a more informed decision.

The article below is exclusively about portable barbecues, which have gone through rigorous testing in our lab to ensure they are safe to use. We do not test disposable barbecues as they are potential fire hazards and also cannot be reused, meaning they are not an environmentally-friendly option.

Still haven’t found a barbecue that takes your fancy? Head to our Best Buy barbecues to see which models we recommend.

Pros and cons of portable barbecues 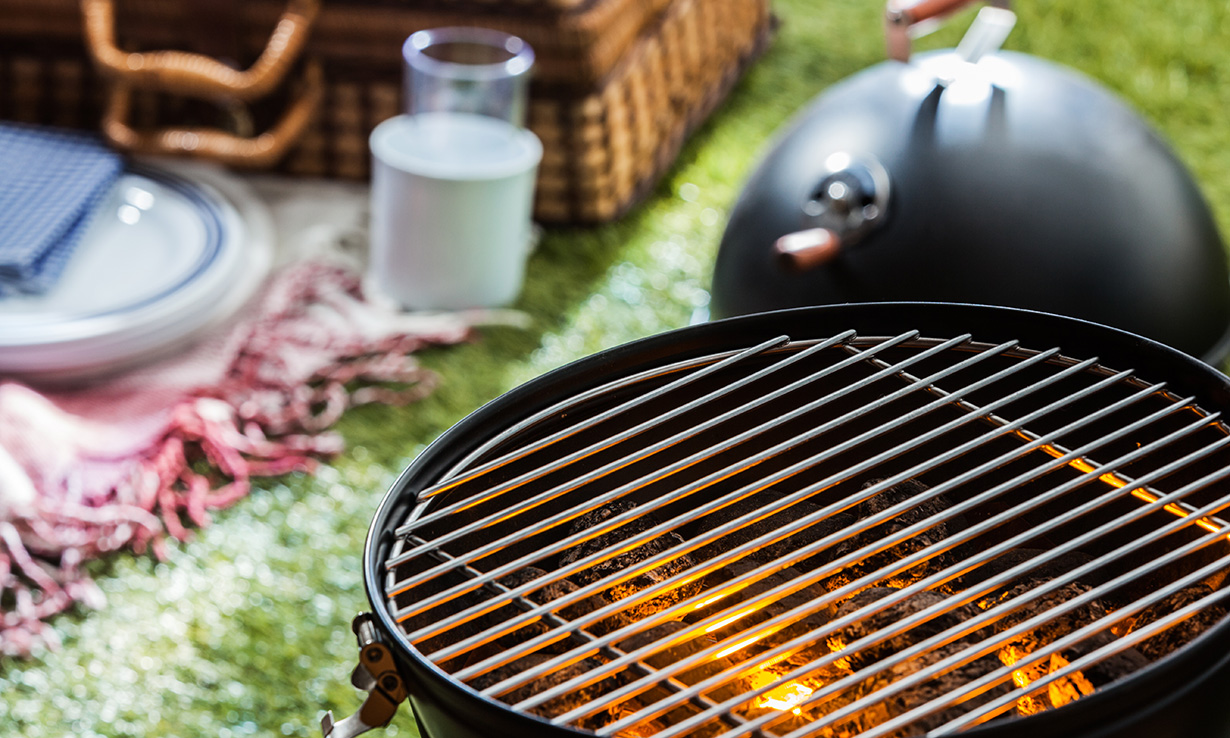 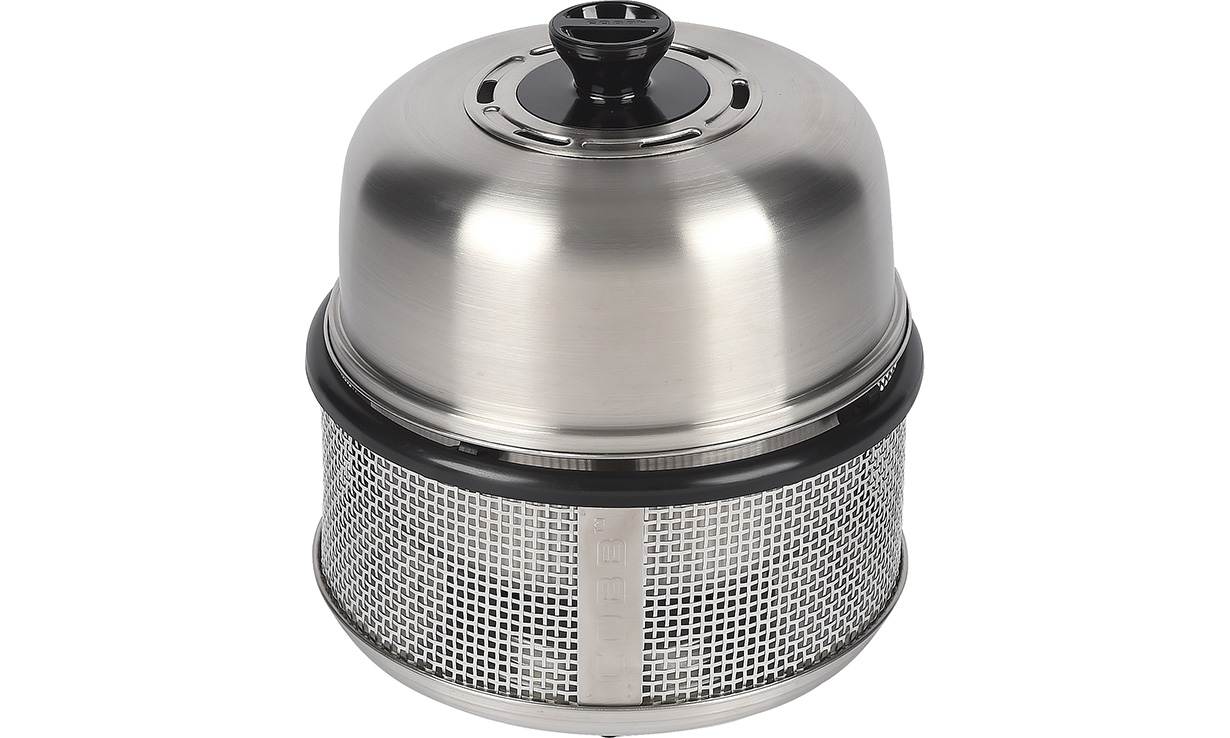 This unusual-looking portable barbecue by Cobb cooks using charcoal so you can get that trademark smoky flavour. It weighs less than 4kg, which is ridiculously light even for a portable model, and it has a lifting handle to make it easy to carry around.

You can give yourself more control over the cooking temperature by twisting the handle on the top of the lid, as this opens and closes the air vents. It’s made from stainless steel, so you can pop all of the parts in the dishwasher when you’re done, apart from the mesh base unit which is wipe-down only.

Wondering if this futuristic-looking barbecue is any good at grilling burgers and sausages? Read our full Cobb Premier air review to find out. 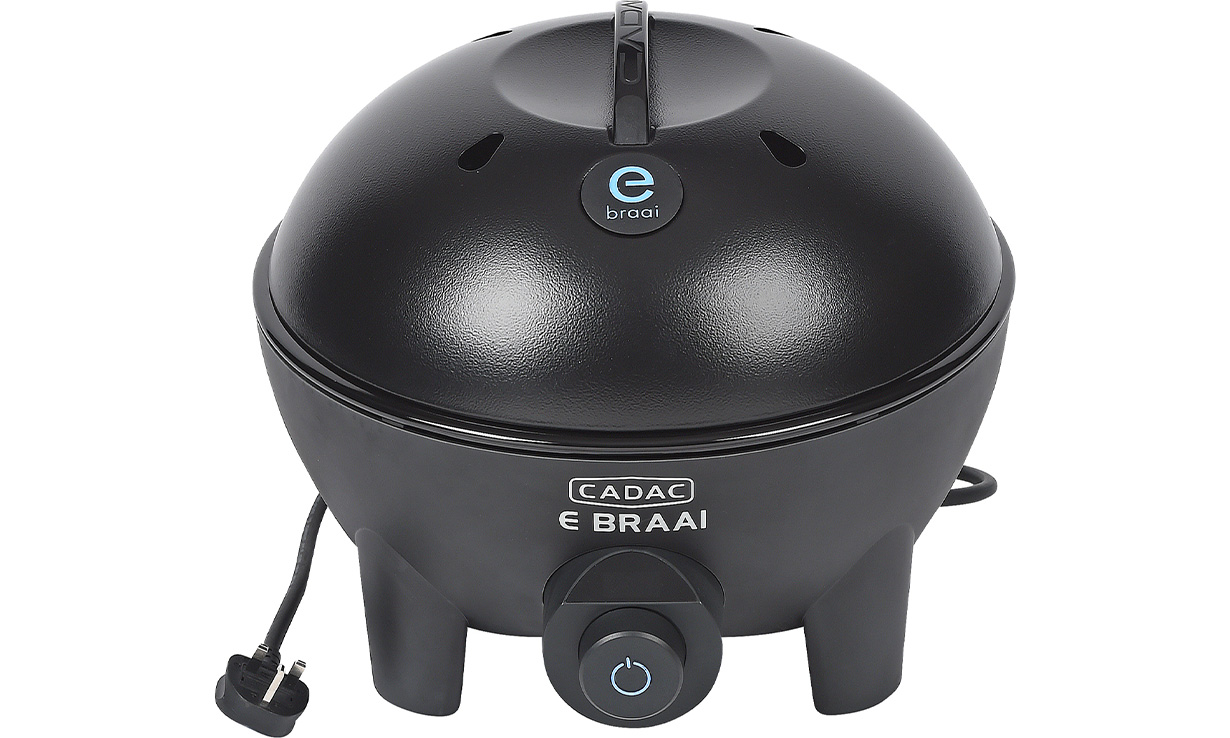 You can adjust the temperature from 70°C to 270°C on this portable electric portable, meaning it can be used as either a traditional grill or a slow cooker. There are four air vents in the lid to aid heat distribution and you can set a specific temperature using the auto-grill control setting.

It comes with a very tiny stand so you don’t have to put it straight onto the ground, as well as a ceramic-coated BBQ grid and a dome lid. You can also buy a paella pan and pizza stone separately. The removable fat pan is dishwasher-safe and it all fits into a handy carry bag.

Read our full Cadac E Braai review to find out just how well this barbecue cooks, as well as how easy it is to use. 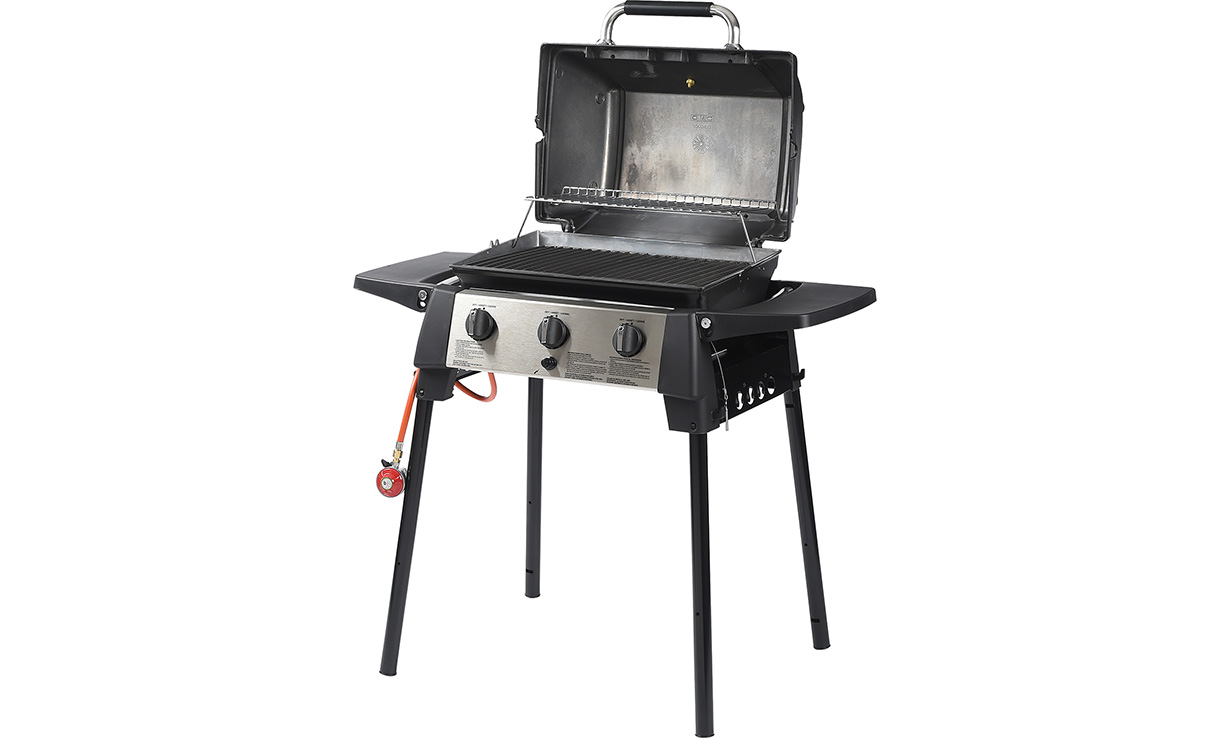 This portable Broil King gas barbecue looks like it could be a full-size model thanks to its long, detachable legs. It has three stainless-steel burners and there’s a built-in warming rack too, which is very rare to see in a portable model.

There’s a thermometer built into the lid to monitor the temperature of the grill, and each burner is independently controlled. It weighs in at a hefty 20kg, making it one of the heaviest portable barbecues we’ve tested by quite a long shot, although you can use the carry straps to help you move it around.

Is this portable barbecue worth the hype, or is it too heavy and bulky to squeeze into the boot of your car for a beach trip? Check out our full Broil King Porta-Chef 320 BBQ review to find out. 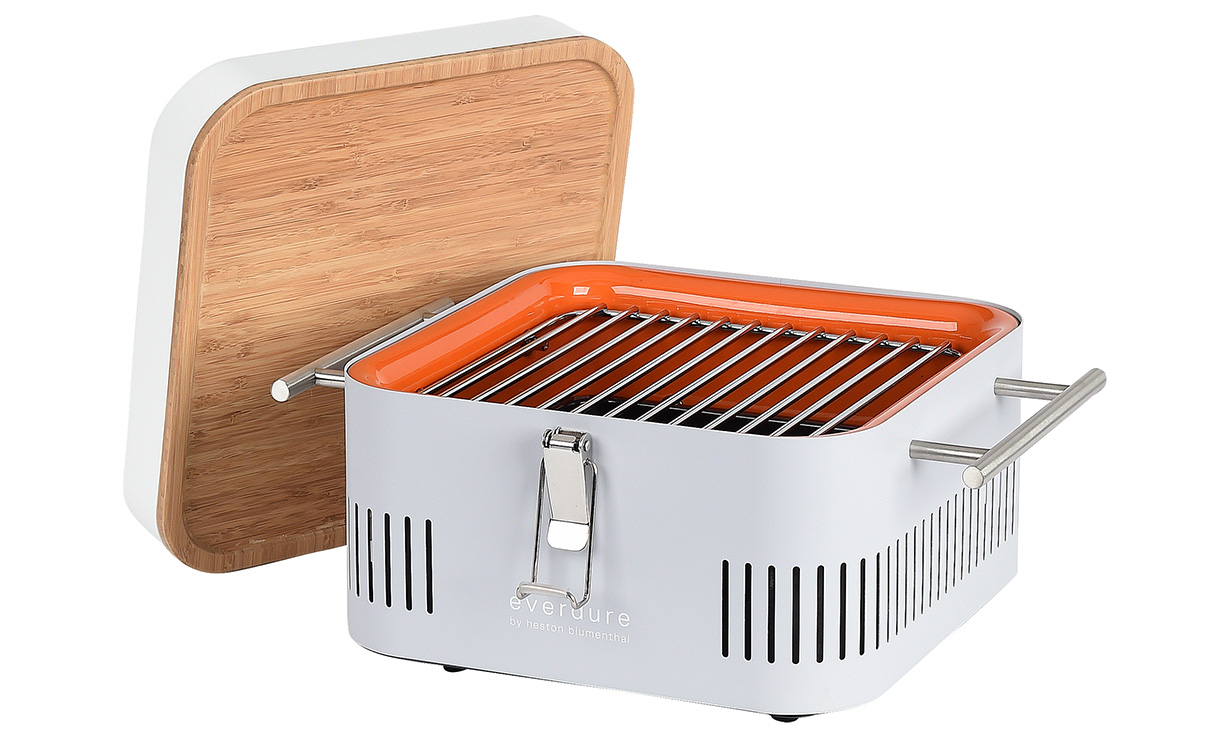 Another unconventional-looking barbecue, this portable Heston Blumenthal charcoal model weighs just 7kg and has two handy carrying handles. The lid is made of two integrated trays that clip onto the top, and the grill area is roughly the same size as an A3 piece of paper.

You can remove the charcoal tray so it isn’t too difficult to clean, and the firebox is made of high-quality porcelain enamel. It’s available in four different colours (orange, green, blue and grey) and there are a range of additional cooking accessories you can purchase separately.

Read our full Heston Blumenthal Everdure Cube review to find out if this portable barbecue is any good at producing delicious-tasting food, or if you’ll be left wishing you’d chosen a different model.

How Which? tests barbecues 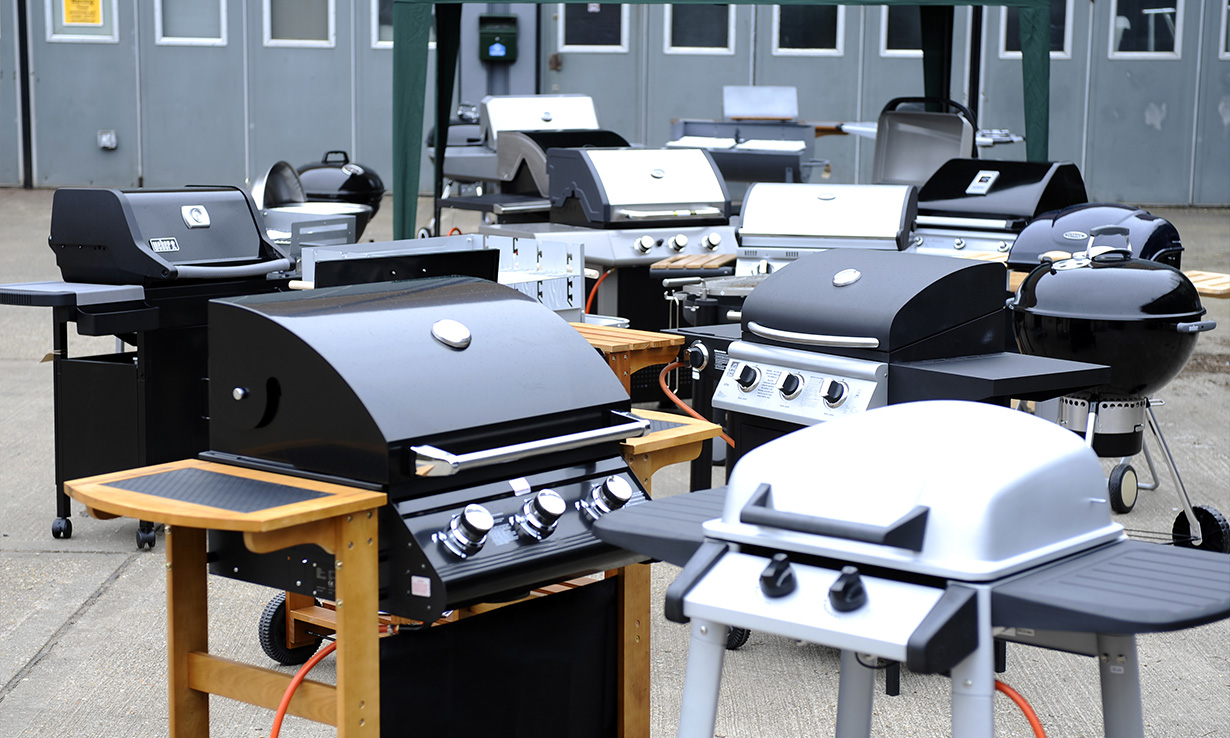 We consider several different things when testing barbecues, but the main things we assess are:

Not sure what type of barbecue to go for? Check out our guide on gas versus charcoal barbecues to see which might suit you better.