There’s nothing quite like a refreshingly minty mojito on a hot summer’s day and with supermarkets stocking them in easy-to-drink cans, what’s stopping you from picking one up? Well, according to our taste testing, quite a lot.

We blind tested them along with a homemade mojito, asking 13 tasters to rank the cocktail in a can in closeness to the ‘real thing’.

Is gin more your thing? Take a look at the best gin and tonic cans in our taste tests. 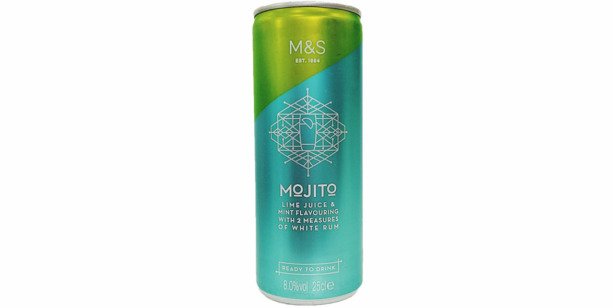 Comedian Rob Beckett wasn’t lying – this can from M&S was a firm favourite among almost all of our tasters. Its punchy flavours, sharpness, and strong lime and mint flavour put it strides ahead of its sweeter competition.

It’s the only can in our test with two measures of rum in it, hence tasters likening it to a classic mojito. For this reason, it’s also the most expensive of the ones we tried.

Four tasters said this cocktail can was better than the control mojito and 12 said that they would buy it again.

How the rest fared

The rest of the mojito cans we tested are listed below in order of their ranking. 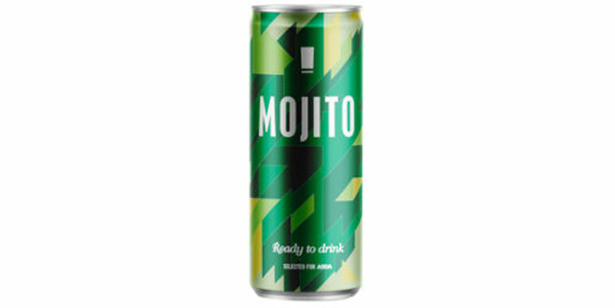 Tasters noted how the mint and lime flavour came through with this can, but the overarching feeling was that it’s too sweet. One of our more scrupulous testers commented that it ‘slightly resembled mouthwash with a peppermint flavour’.

Two tasters said this cocktail was better than the control mojito and four would buy it again. 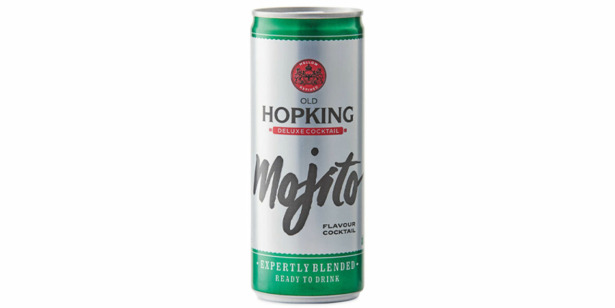 Again, generally, this mojito from Aldi was described as overly sweet. Aside from this, tasters found that this can tasted oddly gingery – not a flavour typically found in a mojito. While it wasn’t mojito-like, some tasters did note that the ginger flavour was pleasant.

Two participants said that it was better than the classic mojito, but only one said they would buy it again. 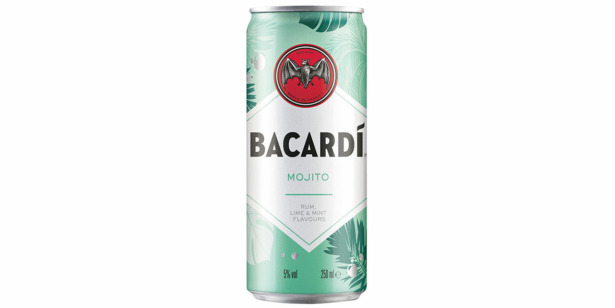 This Bacardi mojito can had mixed reviews, but mostly tasters felt that it was nothing like the real thing. It was described as tasting like ‘boiled sweets’ and said to taste ‘chemically’.

However, some participants did say it wasn’t as sweet as the other cans and described the flavour as more subtle.

Despite the bad reviews, one person did say it was better than the control mojito and three said that they would buy it again. 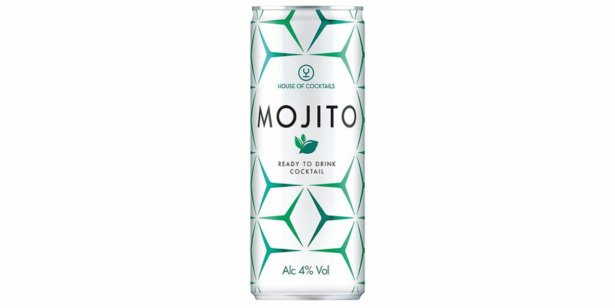 Tasters universally disliked this mojito can from Tesco. It was described as ‘lemony’, ‘gingery’ and ‘too sweet’. One tester also mentioned that it was very watery.

Overall, testers felt that this cocktail didn’t taste like a mojito, which was also reflected in the customer reviews on the Tesco website.

Only one person said they would buy it again and one felt it was better than the control mojito.

We had 13 tasters test five popular canned mojito drinks against a homemade mojito in a number of blind taste tests.

We asked them to rank the mojito cans in closeness to the homemade mojito and to give their thoughts on each individual can.

How to make a homemade mojito 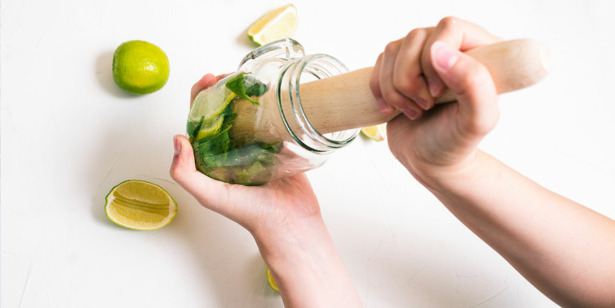 If reading about mojitos has made you thirsty, you could try making a homemade one.

This is the mojito recipe we used in our tests.

1) In a cocktail shaker mix the lime juice, sugar and rum, and muddle the mint mixture with a rolling pin.

2) Add a handful of ice cubes and shake vigorously. Pour the mixture through a strainer (or a sieve) into a glass, add 185ml of soda water and mix together.

3) If you want to dress your mojitos up at home, you should pour it over ice and garnish with a sprig of mint and a slice of lime.

Fancy a Pimm’s? See how Pimm’s compared with Aldi and Tesco Summer Cup in our taste tests

How to make clear ice at home

Typically ice made at home is cloudy and you have to purchase it in the shops if you want clear ice for making impressive cocktails.

Watch our video below to see a method of making clear ice that worked well for us.