When you’re watching TV, is there anyone in your household who doesn’t sit centrally to the screen? Then they may be missing out. Some TVs can’t cope with not being the centre of attention, so we’ve picked some that look good whatever angle you’re watching them from.

A record number of people watched England battle valiantly against Italy in the Euro 2020 final and now the Olympics means that many of us are gathering round our telly to see team GB win medal after medal (hopefully).

Our accurate lab tests check for luminance drops, black level and colour deviation at dozens of angles – both horizontal and vertical – which all inform our viewing angle star rating. So when you see a four or five-star rating, you know that you’ve got a TV that will look good wherever it sits in your room.

We’ve picked out TVs at every size bracket from 2021 that have the best viewing angle.

The TVs with the best viewing angle

It’s not easy to get the viewing angle right and our tests are tough. So tough, in fact, that no TV has yet managed the full five stars in 2021. 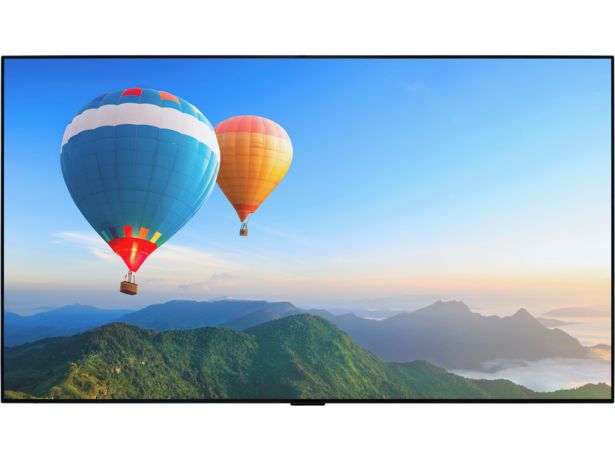 Only four of the 65-inch TVs we’ve tested so far this year have scored four stars out of five. Thanks to its impressive luminance at severe angles, it’s LG’s OLED evo set that takes the gold.

Its ability to maintain stable colour and luminance in the vertical viewing angle tests was excellent, too, which makes sense when the G1 is designed to hang on your wall and display works of art when you’re not watching anything.

It’s one of LG’s most high-end sets and one of the priciest TVs we’ll test all year, so read our LG OLED65G16LA review to see if it’s worth paying £2,999 for.

We’ve had to split the award for this one – while the Sony OLED maintains its luminance as you sit at more severe angles, the Philips OLED is better at maintaining colour accuracy.

There’s a gulf in price on these models, too. You could buy two of the 55OLED705/12s for the same price as the Sony and have plenty of change.

With the Philips OLED costing £979 and the Sony one costing £2,699, you’ll want to read our reviews to see if one OLED can possibly be worth £1,720 more than another:

48 to 50-inch TV with the best viewing angle

Not many 48 to 50-inch TVs managed four stars and, once again, we’ve got a split between luminance and colour deviation.

It’s the backlit LCD TV where the colours stay true at more severe angles, while it’s the OLED that proves to be the best for screen luminance once again.

NanoCell TVs have an extra colour-boosting layer. While we don’t always think it provides a clear improvement to vibrancy or colour accuracy over standard LCD TVs, they could be partly responsible for the impressive viewing angle. 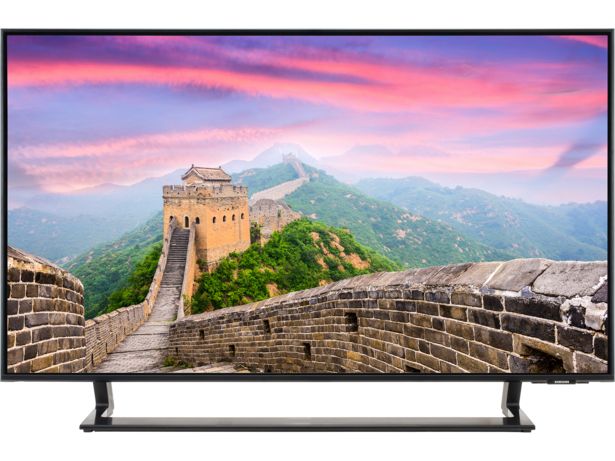 There’s only one 43-inch TV with a good enough viewing angle to achieve four stars and it’s a relatively low-end one from Samsung that costs around £485 – not one of its pricier QLED sets.

The luminance changes up between 35 and 55 degrees are quite dramatic, and that’s certainly why the full five stars was out of its reach, but it keeps colours consistent.

There are plenty of more expensive TVs with worse viewing angle than this one, but how are the other aspects of picture quality? Find out in our Samsung UE43AU9000KXXU review.

How we test the viewing angle

First, we take a luminance and colour check at 0 degrees to represent someone sitting directly in front of the screen.

We use a variety of scenes and screen measuring images designed to represent certain brightness outputs. This makes sure our tests cover the many different things you can watch on your TV.

Some lengthy, complex equations then compile all this data and tell us which TVs have the best viewing angles.

This is obviously one part of our TV testing – if you want to find out more about our full test programme, then go to how we test televisions.

Don’t waste your money on a TV that doesn’t measure up. Use our television reviews to pick the best model for your budget.