It’s tough for any smartphone brand to break the Apple and Samsung hegemony, but judging by its newly released smartphones, Xiaomi might be in with a shot.

Like many challengers, it started out on the budget end of the spectrum, releasing feature-filled phones that undercut the big brands by several hundred pounds.

But with one of its new launches, the Xiaomi Mi 11 Ultra, tipping over the £1,000 mark, it’s clear Xiaomi wants to compete in all areas of the smartphone market.

Read on to see what your budget can buy if you pick a Xiaomi, and whether it’s worth spending more on your next handset.

See which of these new models made it into the best phones we’ve tested, then find a great deal on a pay-monthly contract at Which? Mobile Switch. 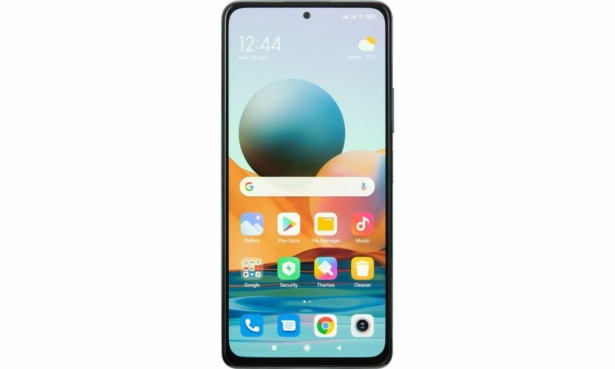 We rarely ever get truly excited for a budget smartphone. Although some come equipped with some interesting features, and even perform well in our tests, there are usually several compromises on the specs sheet.

Not so with the cheapest of Xiaomi’s recent launches. It looks, on paper, like it should be a much more expensive handset. Its high resolution 108Mp main camera (with the ability to record in 4K resolution) and 6.6-inch OLED screen with a massive 120Hz refresh rate are particularly eye-catching features, usually only found on a top-of-the-range phone. We’re also impressed by the large 5020mAh battery and IP53-rated dust-proofing.

Xiaomi promises ‘premium speed and sound’ with this model, and it’s not hard to imagine it succeeding, thanks to the dual speaker setup and powerful processor with 6GB of Ram. At this price point, most phones are working with 4GB or less.

The main compromise if you go for this handset is that it’s not 5G compatible. At 64GB it also doesn’t have the internal storage of Xiaomi’s pricier phones, but you can get around this by inserting a micro-SD card.

It seems a little too good to be true, so read our full Xiaomi Redmi Note 10 Pro review to see if this budget phone really can compete with the best. 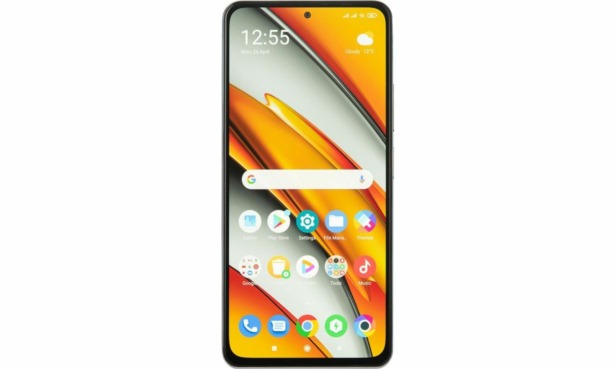 ‘The real beast’ is quite an introduction to a smartphone. Xiaomi’s hoping it will make you stop and take notice of this cheaper model in its popular Poco range.

It needn’t worry though – there’s plenty to tempt you to go for ‘the most powerful Poco so far’. You can expect smooth scrolling thanks to the hefty processor (more powerful than the Redmi Note 10 Pro’s) with 6GB of Ram, and beautifully engineered OLED screen.

The display is the same size and resolution of Xiaomi’s cheapest phone, and has the same impressively high 120Hz refresh rate to make videos display seamlessly. It has a brighter screen though, which should make it more easily readable in sunlight and give the phone a more premium feel.

There’s several differences with the Redmi Note 10 Pro. With this model, you gain 5G compatibility and more internal storage, taking it up to 128GB. You lose the headphone jack and micro-SD card slot though, and the battery is reduced  to 4,520mAh.

The resolution on the main camera is lower, at 48Mp, and Xiaomi’s done away with the depth lens, but the selfie camera gets a boost up to 20Mp. We’re also intrigued by new-and-improved night mode, and the AI capabilities to enhance your videos.

See how this phone performed in our lab tests by reading the Xiaomi Poco F3 review. 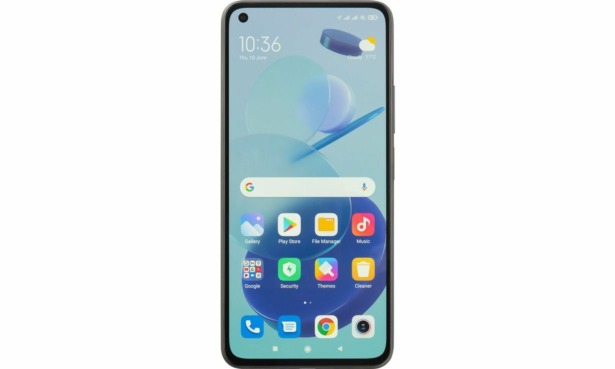 We’re firmly in the mid-range market when we get to Xiaomi’s flagship Mi series, even for this cheapest phone in the range.

It has a sleeker feel than Xiaomi’s budget phones, with its slim body and flat camera module that sits discreetly on the back.

Otherwise, there’s not much feature-wise to separate it from the slightly cheaper Poco F3, besides the extra Ram (this model has a hefty 8GB). It has the same 5G capability, 4,250mAh battery and 128GB of storage (though this model has the option to add on more).

At 6.6-inches, the OLED screen is only just smaller than the two cheaper handsets. Xiaomi’s dropped the refresh rate to 90Hz on this model, though it does have TrueColor technology to make colours more accurate and vivid, anti-glare glass to minimise fingeprints and light sensors to automatically adapt the brightness to your surroundings and be more gentle on your eyes.

The resolution of the main wide lens is back up again, this time to 64Mp. You also get a telemacro camera on the back, which allows you to take clear close-ups from slightly further away than traditional macro lenses – tempting for any budding wildlife photographers keen to try out the zoom. Extra camera features that you won’t find on the cheaper Poco F3 include time-lapse videos and the ability to take panoramic shots.

Is this the phone for you? Check out our Xiaomi Mi 11 Lite 5G review to find out. 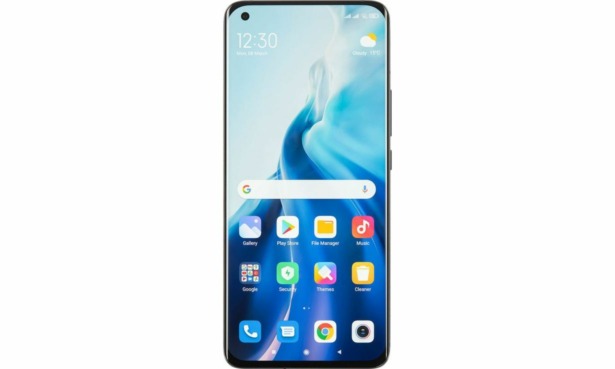 To get you to part with premium prices, a phone must first of all look like an expensive handset. This model is thinner than its predecessor and has the curved OLED display we see on some of Samsung’s pricier models, making it a contender on looks at the very least.

The screen is bigger than the Lite, going up to an enormous 6.8-inches. You needn’t worry about pixel density though, as the display has gone even further up in resolution from the Mi 11 Lite 5G, with almost 1.8x the pixel count of Full HD+ screens.

This phone’s USP is ‘movie magic’. You have the ‘fastest screen response speed to date’ in a Xiaomi phone, which may tempt any gamers, and the brand worked with sound experts to provide immersive audio from the phone’s speakers.

Xiaomi also promises that you’ll be able to ‘film like a director’, with access to lots of fun camera features including night time-lapse, freeze frame and Ultra Night Video, to improve the lighting when you’re shooting in the dark. The main wide lens is up to a huge 108Mp, and you can record in 8K resolution.

Other features include a slightly bigger battery than the Lite (4,600mAh) and a better processor (also with 8GB of Ram). Xiaomi has once again done away with the micro-SD card slot though, so you won’t be able to extend the 128GB of storage.

Go to our Xiaomi Mi 11 5G review for the full low-down on this phone’s battery life, camera and display quality and ease of use. 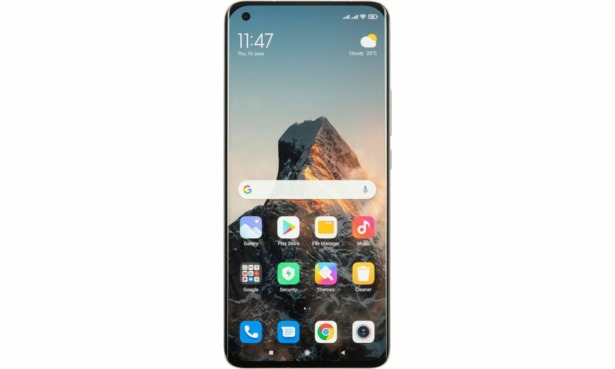 When its cheaper handsets offer such excellent value for money, Xiaomi has to pull something really special out of the bag to make you part with this much cash.

There’s a lot of superlatives with this phone – it has the most amount of Ram (12GB – more than most laptops), the joint-biggest display (6.8-inches), a generous 256GB of internal storage and the largest battery in the Mi 11 range (5000mAh).

One of the main reasons to shell out this much on a phone is so it can double up as a camera, so all eyes are on the photography section of the specs sheet. All three rear lenses are high resolution, and they can all record in 8K resolution too.

For this model, Xiaomi (in partnership with Samsung), has developed a super-large sensor, as big as that of a camera, to get intricate detail in your shots, even at night. It expands on the video add-ons on the Mi 11, with cinematic filters and Action Capture, which automatically follows your subject, keeping your focus on either the exotic animal you’ve just spotted or your child on their sports day.

Its IP68 rating matches Apple and Samsung on waterproofing, protecting you from drops in water up to 1.5 metres deep for less than half an hour.

The second display on the back of the phone is a neat feature, letting you quickly check the time, or your battery level, while it’s face down on the dinner table. You can preview selfies here too.

Check if this phone’s performance lives up to our astronomically high expectations by reading our Xiaomi Mi 11 Ultra full review. 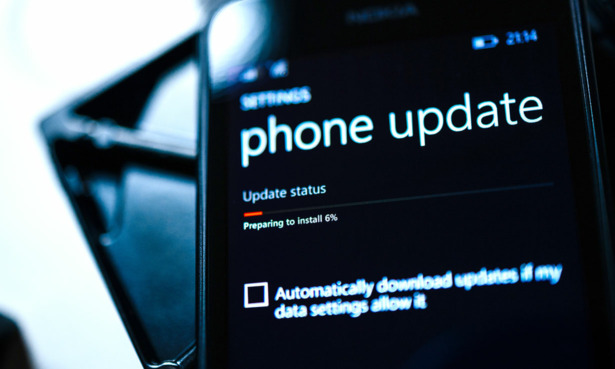 There’s good news and bad news if you’re considering shelling out for one of Xiaomi’s new phones.

The good news is, Xiaomi now states that key models from the Mi and Note series will received update support for three years – up from the more standard two for this brand. The Xiaomi support website shows ‘End of Life’ dates for models like the Mi 11 Ultra and Note 10 Pro of March 2024.

The Poco F3 5G isn’t on the list, so expect around two years from when it was launched in March 2021.

Even despite this, many people shelling out over £1,000 for a phone would expect it to last a good while, so this may still not be enough.

Once the update period has ended, you could lose a crucial line of defence against hackers and malware, leaving your phone insecure to use. We recommend upgrading an out-of-support phone as soon as you can, as the risks only increase the longer you wait.

If you’re happy to choose a new handset soon after your 24-month contract comes to an end, then Xiaomi could be a good choice – though you’ll likely be more tempted by the cheaper models.

See how other brands compare when it comes to supporting phones after launch.

There’s not a lot of choice when it comes to Google, with few variants on the core Pixel flagship that launches every year.

All the phones are guaranteed three years of security support from launch though, and Google is transparent with its customers on when their updates will end.

OnePlus’s commitment to four years of security updates for its flagships (from the OnePlus 8 onwards) puts it at the joint top of the Android security leaderboard.

Cheaper phones, like the OnePlus Nord N10 5G, will get just three, though this still puts it ahead of even the most expensive Xiaomi handset.

Samsung tends to reserve its flashiest features for its pricey phones, so the cheaper models may not look as impressive at first glance as some of the latest Xiaomis.

Where these cheap Samsungs have the edge though is security updates. Most models launched from 2019 onwards will get the full four years, including super-cheap phones like the Samsung Galaxy A12.

Apple rules the roost here. Most of its phones tend to get five or six years of support, so while you may end up paying more than a budget Android, you’re choosing a phone that will last.

Browse our Apple iPhone reviews to see which models came out top in our tests.

Use our mobile phone support calculator to find out more about models you’re considering before you buy.