Samsung and LG – two names synonymous with the best TVs money can buy, but with very different ideas on what a top-tier TV should look like.

They’re still black rectangles, but the displays themselves are where both brands choose a different path. On the one hand, we have LG, champion of OLED technology. And on the other, Samsung; the only leading brand to stick with backlit sets throughout its range.

OLED TVs, with their billions of self-illuminating pixels, are widely regarded as the best TVs on the market. But Samsung hasn’t buried its head in the sand. It knows all too well that backlit TVs can’t compete with OLEDs when it comes to contrast.

So instead, it’s devoted time and money into improving the backlight on its TVs to create richer, truer blacks and the result is the Neo QLED. We’ve tested six of them and Samsung has closed the gap – but how much?

We test hundreds of TVs each year and there’s bound to be one that ticks all your boxes. Check our TV reviews to find your perfect set.

What is Neo QLED?

All TVs except for OLEDs have backlights. These are a layer of bulbs shining on to a colour producing layer of liquid crystals to create a picture. QLED TVs also have a layer of quantum dots designed to create more lustrous colours.

Backlights can run around the edge of the screen, shining light across it (edge-lit), or sit directly behind the screen (full array). These backlights create a number of dimming zones, which are points of light independently controlled.

Generally, the more dimming zones there are, the more control a TV has over how parts of the screen are lit.

Neo QLED backlights are made up of much smaller LEDs, which means Samsung can squeeze far more of them into each TV. The result is more granular control of the lighting, which should lead to better contrast.

Better contrast is one thing, but is it OLED level?

When we assess a TV, we play a range of content designed to highlight specific aspects of the picture – from detail to motion control and, of course, contrast.

We watch multiple scenes at every resolution. But in the interest of not having this be the longest news story ever written, we’ve summarised. 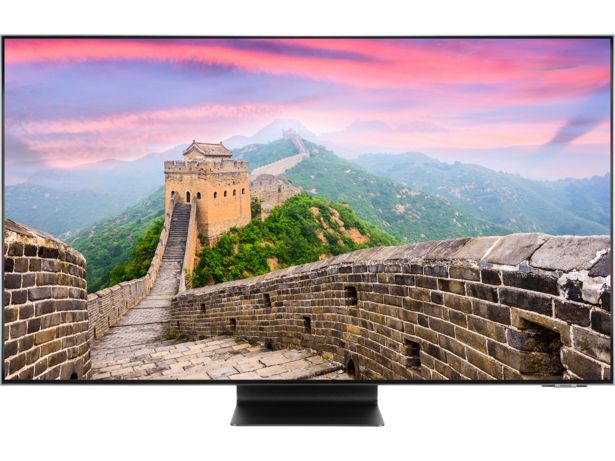 This is Samsung’s most high-end 55-inch 4K TV for 2021. So if any model should showcase how good the new backlight is, it’s this one.

Contrast is nicely balanced with enough depth to the blacks to support a dynamic picture without overshadowing the colours. Some scenes were a touch too dark and some detail in the 4K picture goes astray, but it’s a minor issue and we were still left impressed with the contrast overall.

It really comes into its own when HDR gets involved. Samsung uses HDR10+ – an advanced format that adjusts contrast to suit each scene and compensates for the ambient light in your room.

It’s clever and the improvement is obvious. The nice balance at the other resolutions isn’t thrown out of the window in the quest for brilliant whites and onyx blacks, both ends of the spectrum are accentuated and the effect is striking.

Is this TV worth your money? See our 55-inch Samsung QE55QN95A review. 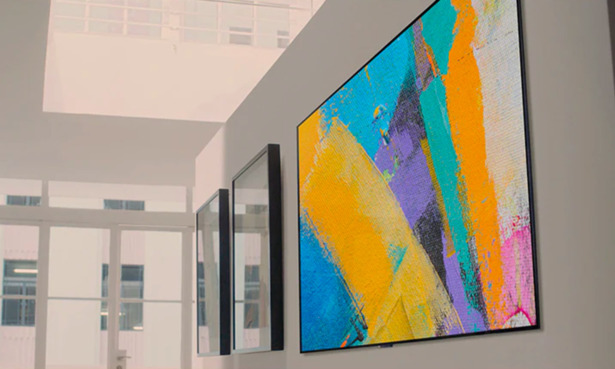 And now to OLEDs – aka the lords of contrast. Most of the time, anyway.

This LG model isn’t just any OLED, either, it’s an OLED evo TV, which LG says are brighter than any OLED it’s made before. We tested that, obviously, so see if LG’s new OLED is brighter than standard ones.

But we’re talking contrast here, and this G1 is still better at it. Only just, though. It’s not perfect, we still saw some evidence of detail being blocked by overly dark contrast, but the effect is more pronounced overall. The distinction between brighter and darker parts of the picture is that bit broader and more arresting.

Find out more in our definitive 55-inch LG OLED55G16LA review. 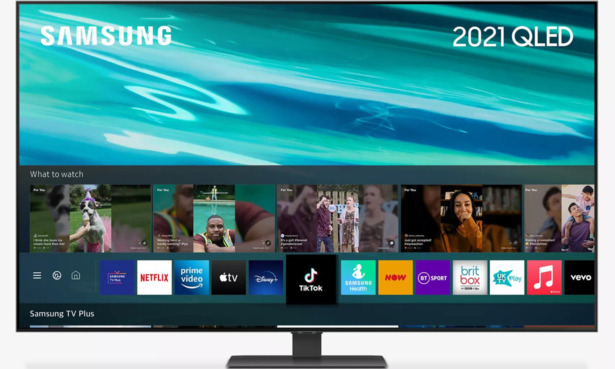 What about QLEDs without snazzy, tiny LEDs in the backlight? Well the QE55Q80A is as high end as traditional QLED TVs get, so how does its contrast compare with its Neo QLED cousin?

The Neo QLED QN95A ran the OLED pretty close, but it laps this traditional QLED. The QLED Q80A falls into the common trap of being too dark, but while the two models above stumble into gloom, the Q80A falls headfirst into it.

We’ve seen far worse, of course. But this is still a high-end TV and the lower resolution is darker than it should be, and too drab to call balanced.

This traditional QLED is a lot cheaper, though. So is it still worth considering? Find out in our 55-inch Samsung QE55Q80A review.

While our tests have revealed the Neo QLED Samsung QE55QN95A still lags behind OLEDs when it comes to contrast, it’s a clear step up from the traditional QLEDs without the new backlights Samsung has released in 2021.

The Neo QLED backlight is only on a handful of Samsung’s ranges this year, but that’s how QLED started, too, and now half of Samsung’s TVs have quantum dot displays. That’s why we expect to see more of Samsung’s annual line-up get upgraded Neo backlights in the years to come.

There’s more to a TV than contrast – far more. So check out all our Neo QLED reviews to see if they tick some boxes OLED don’t.

LG isn’t the only brand making OLEDs: Hisense, Panasonic, Philips and Sony all opt for OLED screens on their high-end TVs. Take a look at all our OLED TV reviews to see which brand does it best.

What’s next for Samsung?

The Neo QLEDs are as close as Samsung has come to OLED level contrast – they fall just short. But Samsung has another trick up its sleeve.

A few years ago Samsung debuted The Wall. This is an enormous 219-inch TV made up of several modular displays that can be arranged in different configurations.

That’s neat and everything, but the display itself is more interesting. It’s MicroLED and, just like an OLED, they don’t have backlights. Every one of the billions of tiny LEDs in the display creates their own light.

At the moment, MicroLED TVs aren’t available for consumers to purchase, but it’s only a matter of time before they make their home debut, and OLED TVs will face their biggest challenge to date.