This year has provided us with a unique opportunity to take a lingering look at places closer to home when planning a getaway. And there’s no denying that a location’s aesthetic offerings often come into the decision-making – especially if you’re planning to take your camera.

In a recent survey of 5,333 people, Which? Travel readers rated the UK’s best towns and villages, giving an insight into the hills (and mountains) they run to when in need of a rural getaway. We’ve taken their scores for attractiveness and scenery out of five to create a bucket list of truly photogenic UK destinations.

All of the below locations  are inland – so if you’ve got a coastal escape in mind, we’d suggest taking a look at our visitor survey of the best and worst seaside towns instead.

The prettiest towns and villages, rated 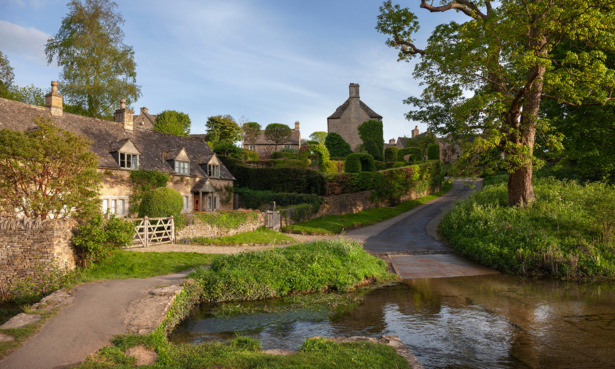 Curiously named, the twin villages of Lower and Upper Slaughter are far less macabre than they sound – and far more picturesque. Readers scored this Cotswold-based beauty spot five stars for both attractiveness and scenery, meaning it tops the list, sharing its glory as one of the prettiest inland towns and villages with Castle Combe.

The Slaughters, as they’re known, are built on the banks of The River Eye, providing tranquillity and prettiness in equal measures. That said, if you’re looking for a buzzing destination with dozens of tourist attractions, perhaps pick a different location. Though the Slaughters have been inhabited for over 1000 years, this little haven is better renowned for peace, quiet, and charming limestone cottages that offer a snapshot back in time. 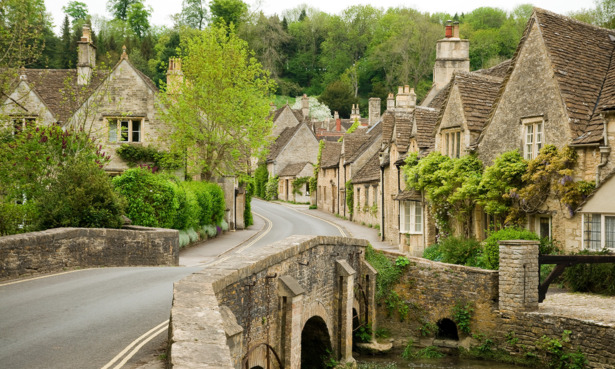 Those seeking a chocolate box village and rural cosiness should make the trip to this idyll located in the north west Wiltshire, situated around 12 miles from the city of Bath. For travellers with a high appetite for photo opportunities, Castle Combe is worthy of attention, offering a 14th century marketplace, tearooms draped in bunting and well-tended manor gardens on its list of scenic riches. And if it’s wildlife you’re after, consider that Castle Combe is also a conservation area, meaning you’ll have plenty of opportunities to engage with the local natural beauty, too.

Which? Readers scored this area full marks for both attractiveness and scenery, with ivy-fronted cottages, photogenic footbridges and surrounding woodlands all helping to secure its position in joint prettiest. 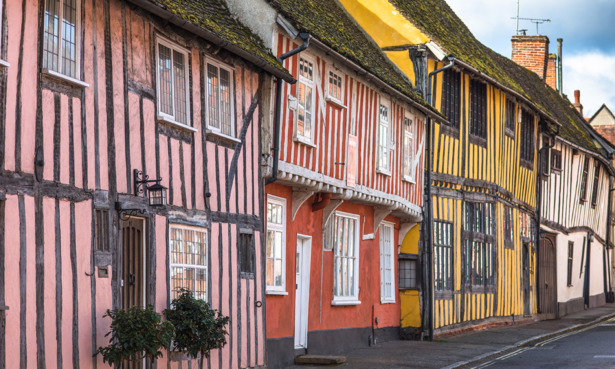 Wonky Lavenham also scored five stars for attractiveness in our survey. Which? Readers clearly appreciate this town’s well-preserved Tudor architecture, spiralling walks and crooked halls. The destination scored four stars out of five for scenery – but with landmarks, churches and galleries galore – plus an eye-opening stroll down a now disused Great Eastern Railway – Lavenham’s historic allure will keep your camera shutter clicking. 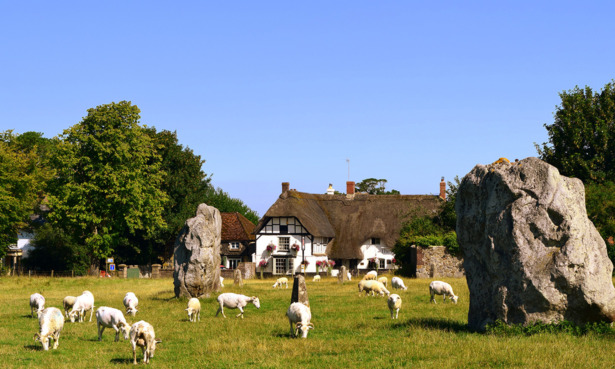 If it’s history you’re looking for, Avebury certainly has it. In fact, Avebury’s historic offerings helped land it as the UK’s best inland town or village, according to a Which? reader survey.  This destination’s proximity to prehistoric ceremonial sites is considered an advantage by readers and it also scored four stars for attractiveness. Between the hanging baskets in full bloom, the quirky listed buildings and the wandering lambs, tourists are left swooning over the beauty the village itself has to offer beyond its Neolithic credentials. 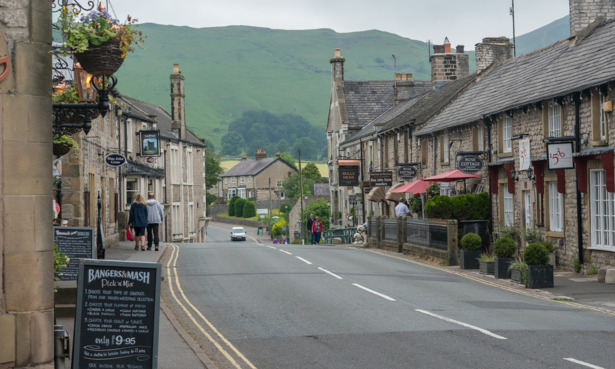 Another village that Which? readers awarded four stars for attractiveness is Castleton, a picturesque former hamlet set into the Peak District’s Hope Valley. It’s a walking hotspot – possibly why Which? readers also gave it five stars for scenery – but tourists should also take a moment to enjoy the aesthetic allure the village has to offer, from its cute limestone cottages and converted barn shops to walled streams and a grade II* listed 12th century church. 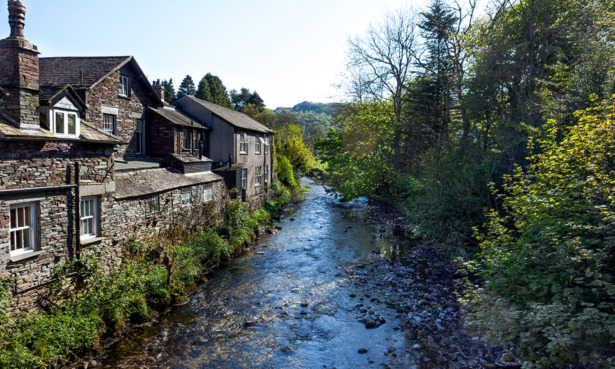 Poet Wordsworth had plenty to say about the loveliness of Grasmere, and it seems readers still agree , awarding it four stars out of five for attractiveness. Besides romantic cottages, Victorian villas and daffodil gardens, it also has high arched bridges crossing the River Rothay, and scenic mountain views that were rated five stars. 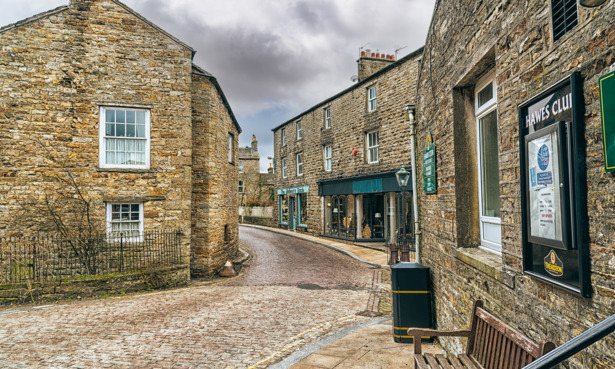 This hilly Yorkshire town sits between two mountains and at 850 ft above sea level, meaning the views of the lush Yorkshire Dales are particularly dazzling. But along with a five-star rating for scenery, readers also appreciate the beauty of the town itself. Visitors can look forward to mossy stone walls and cobblestone streets, the tranquil sound of running water from the River Ure, and charming market stalls every Tuesday, which add some friendly energy to  this sleepy idyll.

Sunshine and savings: 3 great-value holiday deals for Autumn and 2022