The tablet that started it all is back and it’s brought its smaller cousin along. The 2021 Apple iPad and 2021 iPad Mini should be some of best tablets around, but a lot’s changed since the original iPad debuted in 2010.

Now, there’s no shortage of alternatives from the likes of Amazon, Lenovo, Microsoft and Samsung. Plus there are options to suit all screen size preferences and budgets.

The low cost of many popular tablets may have something to do with the price of the latest iPad. At £319 for the 64GB version, it’s one of the cheapest iPads ever.

Apple isn’t a company used to making competitively-priced products, relying instead on the quality of its expensive devices justifying the cost. We couldn’t wait to review both these tablets to see if the low-cost competition is too much for a company known for pricey tech.

We put tablets through our tough lab tests. Find out which make our expert pick of the best cheap tablets.

How do the new iPad 2021 prices compare to their rivals?

£319 for the 64GB iPad makes it Apple’s cheapest, but how does its price compare with rival tablets?

The average price for all the tablets that live on our website, which includes everything from 7-inch models up to 12.9-inch ones like the iPad Pro, is £349. Which means the iPad is £30 cheaper. But that doesn’t make it cheap and we have Best Buy tablets that will cost you less.

The iPad Mini, despite being two inches smaller than the iPad, is the more expensive of the two. At £479 it’s £120 more than the average tablet.

Google, Microsoft, Samsung and more have all staked a claim to the top-tablet crown with most offering similar specs and prices.

Microsoft tends to go in for powerful devices that can replace a laptop and have more in common with the iPad Pros in terms of price and components, but Samsung has a wider variety. The Galaxy Tab S6 Lite from 2020 is 10-inch tablet that, at £309, is around the same price as the iPad  – see if it’s good enough for your money in our Samsung Galaxy Tab S6 Lite review.

No one really has an answer to the Mini though. Few brands put high-end components in small screen tablets. Most of the 7-inch tablets cost less than £100 with only a handful getting close to £200: the iPad Mini 2021 really is out on its own. 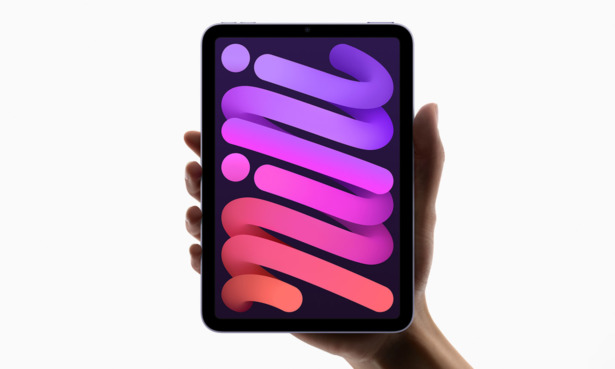 What we thought of the Apple iPad 2021

Apple’s cheapest iPad isn’t light on features and the tech inside is still fairly high-end.

The 1620×2160 10-inch screen on the iPad is bright, vibrant and responsive. It still has the sort of quality feel that you get from iPads and that satisfying familiarity that comes from one of the finest tablet operating systems ever.

There is the issue of power though. It’s using the weakest of the four processors in Apple’s various iPads and there’s always the chance it could come up short, especially as apps and games get more advanced and require more power from the processing unit at the heart of the tablet.

People keep their tablet for longer than they keep their phones and, while apps on the store may run fine now, it’s likely that the A13 chip will start to show its age quicker than the A15 in the iPad Mini will.

If you want an iPad for more basic use: the odd game, internet browsing, streaming apps and note taking, is it too much? It may be cheaper than the average tablet, but there are plenty that cost far less and £319 may be too much for you if you only want a tablet to cover the basics.

Still, there will always be an allure with Apple products. The sleek designs and strong pedigree of high-quality devices has made Apple richer than almost any company on Earth, and now there’s an iPad more affordable than any that came before.

You can read our Apple iPad 2021 review to see if Apple has managed to retain the quality we expect while keeping costs down. 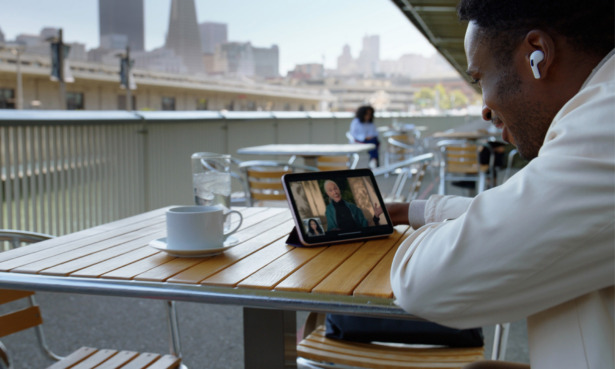 We didn’t expect the iPad Mini, a tablet two inches smaller than the iPad, to cost £160 more. But here we are. It’s a powerful tablet with a pixel-packed screen, cutting-edge processor and a tremendous operating system.

It’s designed with portability in mind, but the eight-inch screen and sizeable bezel make it a fairly bulky tablet and not something you’d want to hold in one hand for too long.

Usually it’s the big screen tablets that get all the power – the iPad Pro with its 12.9-inch screen is a prime example of this – but the Mini is designed to give you lightning-fast performance. After all, why should people who want a small screen need to compromise on power?

The price is high though. Tablets around this size don’t tend to cost this much and the iPad Mini really needs to excel at everything to justify it. That means the touchscreen needs to be responsive, the picture needs to be precise and free from pixilation, the cameras need to be detailed and accurate, and the battery life needs to be lengthy.

If the Mini doesn’t tick all the boxes then it will be hard to recommend over the many other small tablets that cost significantly less.

Read our expert iPad Mini 2021 review to get the lowdown on everything from battery life to camera quality, and see if it’s worth the £479.