Euro NCAP, partly funded by Which?, has safety tested some of the latest electric cars, including the XC40 Recharge small SUV, Hyundai Ioniq 5 crossover hatchback, and the hotly anticipated Ford Mustang Mach-E SUV.

But if hybrid and conventional cars are more what you’re looking for, we’ve also got results for the new Toyota Yaris Cross Hybrid compact SUV and Hyundai Bayon crossover, plus larger Hyundai Tucson and Volkswagen Touareg plug-in hybrids.

Find out which models are safest to drive below.

Best cars for 2021 – safety is only one part of what makes a great car. Which? lab and road tests go much further, from revealing a car’s true fuel efficiency or electric driving range to real-world reliability and emissions. See which models our experts recommend. 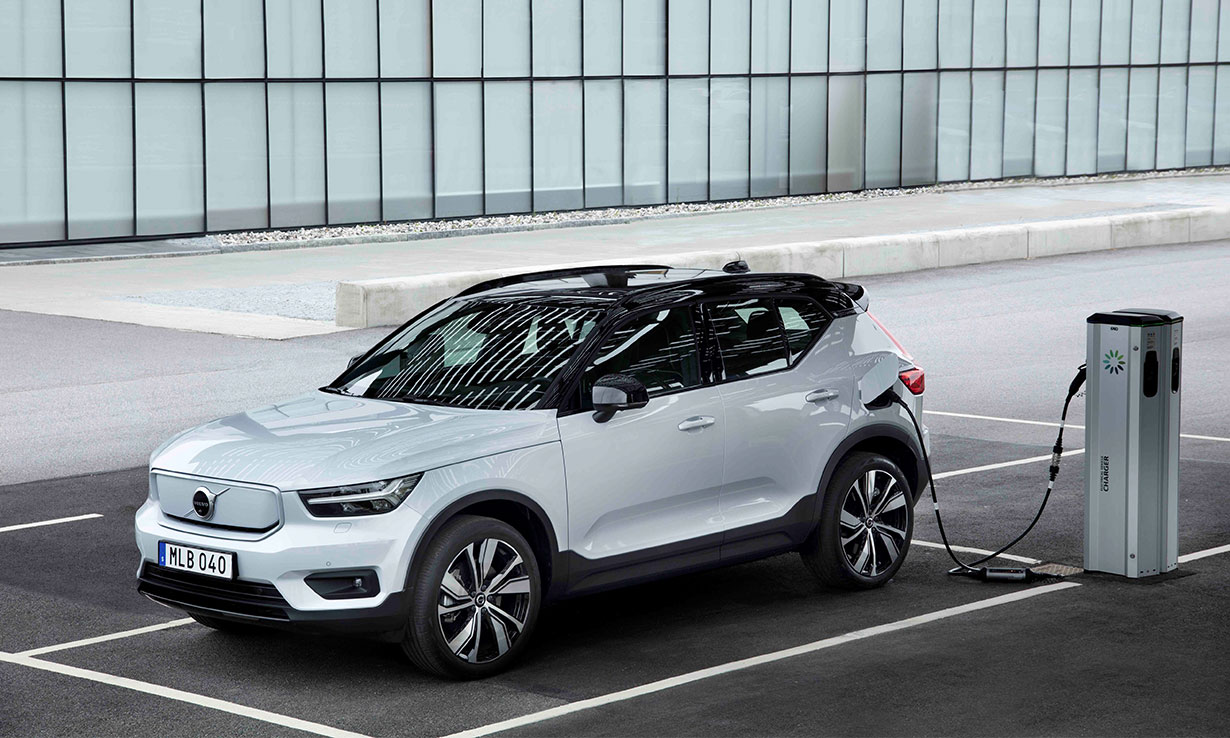 It was big news in 2017 when Volvo became the first major carmaker to announce it would stop making purely combustion-engine cars, so it’s perhaps surprising it’s taken until 2021 for it to release its first all-electric car.

The new Volvo XC40 Recharge follows the launch of the plug-in hybrid XC40 in 2020, and the standard petrol and diesel version is still on sale.

Euro NCAP has given all versions of the XC40 including the Recharge a perfect score of five stars out of five in its crash tests. Its experts determined the Recharge’s crash structure is equivalent to its tests on the standard XC40, and so carried over its 2018 rating.

The car received a score of more than 70% in all four of Euro NCAP’s assessment areas, including a near-perfect 97% for protecting adults in the car.

But what do our experts think of the cars overall performance? Does its driving range match claims, and is there anything else to watch out for? Find out in our brand new Volvo XC40 Recharge review. 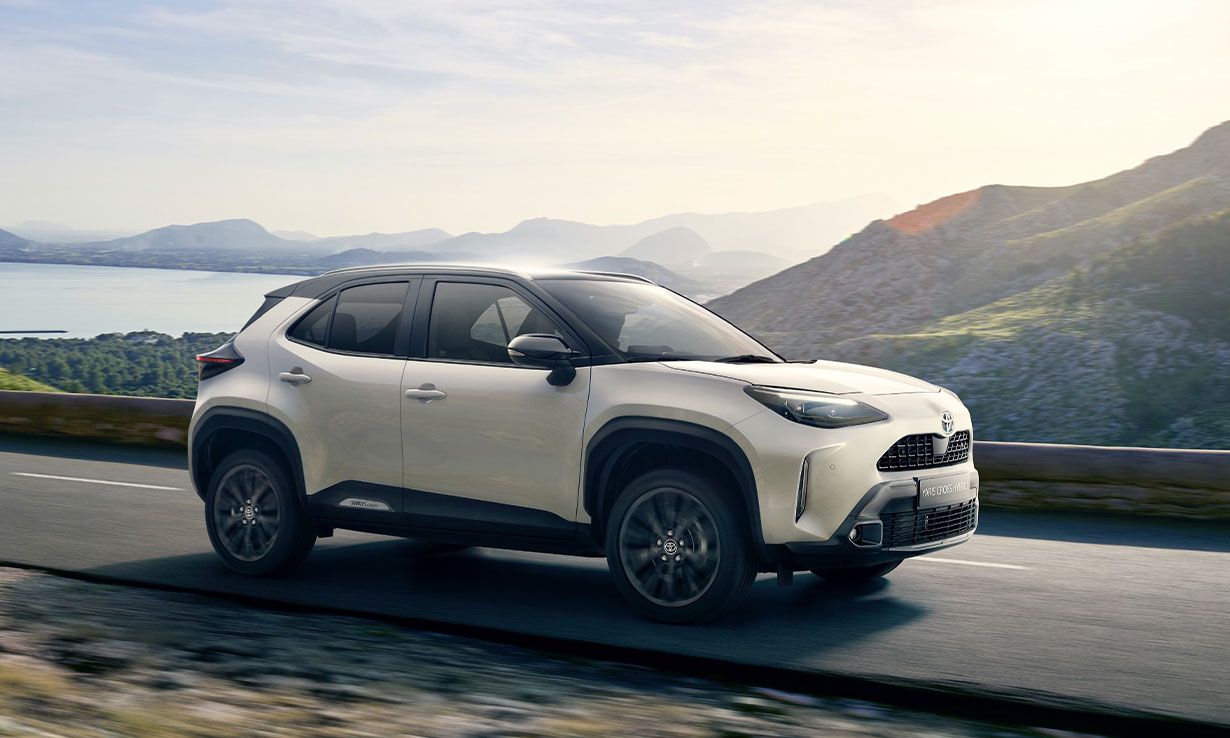 The Toyota Yaris has been transformed into a compact SUV in this Cross version, with Toyota promising ‘premium comfort and technology’.

We haven’t reviewed the Yaris Cross yet – but see if it looks like it might hold potential by checking out our Toyota Yaris review. 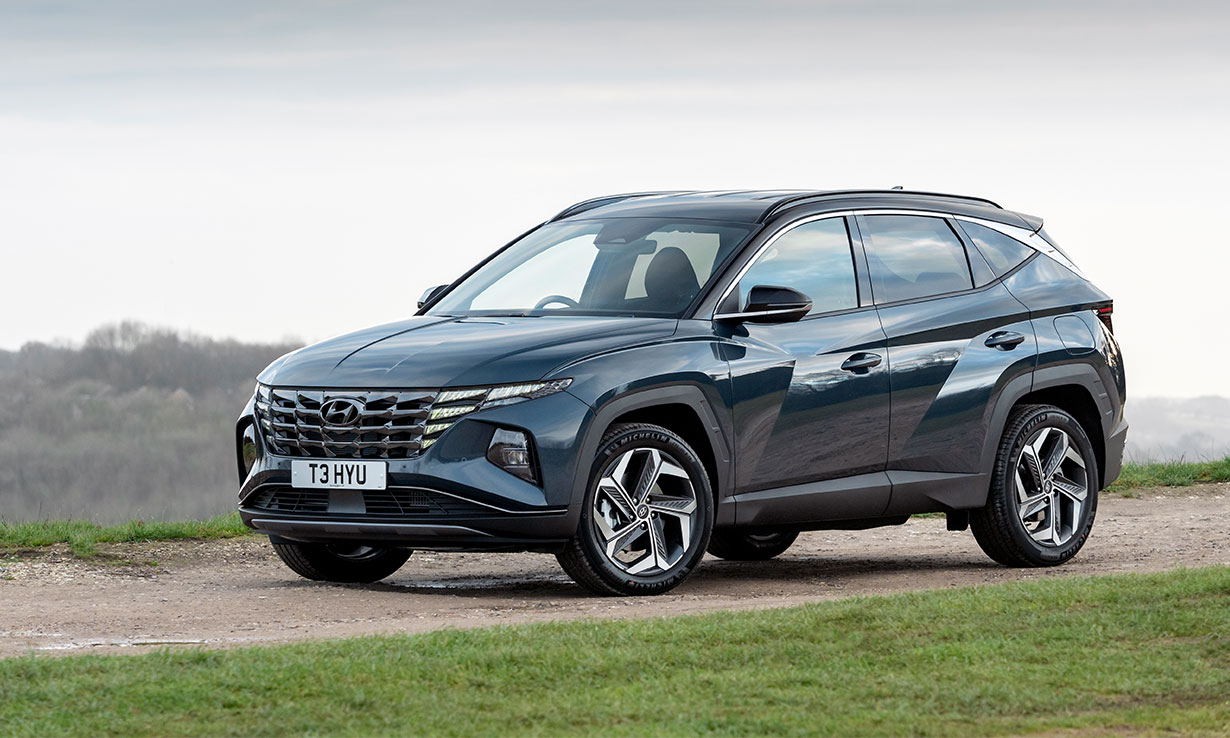 Its crucial autonomous emergency braking system, which automatically applies the brakes to reduce the force in the event of an imminent collision, just about made the grade after receiving a ‘marginal’ rating.

Even so, this was still enough for the car to get the full five stars in Euro NCAP’s tests.

If you’re really interested in this car, a more advanced version is available as an option, so it could be worth paying a little bit extra.

Find out whether this is a car worth considering in our extensive Hyundai Tucson review. 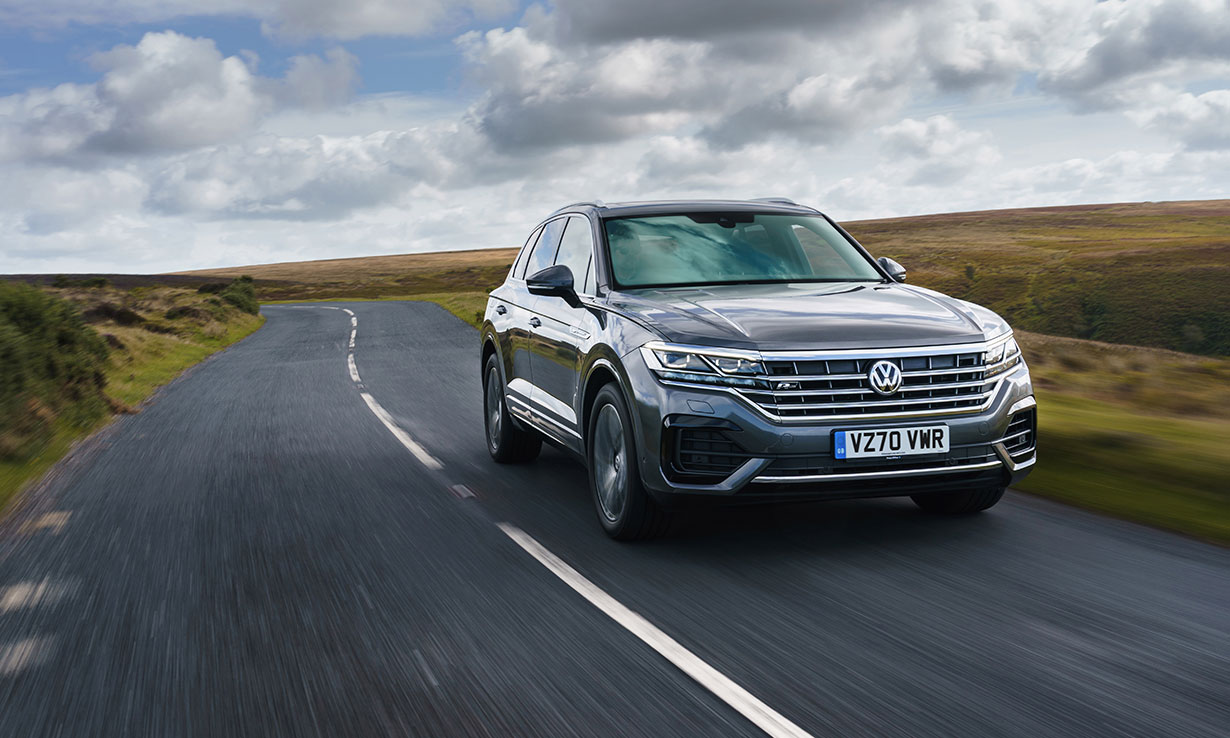 If you need an SUV with plenty of space, the Volkswagen Touareg looks like a good bet. A new plug-in hybrid version is just out, and it shares the same five-star Euro NCAP safety rating that was awarded to the standard Touareg in 2018.

In that assessment, the car scored strongly in protecting adults and children in the car (89% and 86% respectively), and its safety assistance tech (81%) also performed well.

The car scored a little lower for protecting vulnerable road users (72%), largely because it could do a better job of protecting the pedestrian’s pelvis in a collision.

Pique your fancy? Find out what our experts thought in our Volkswagen Touareg review. 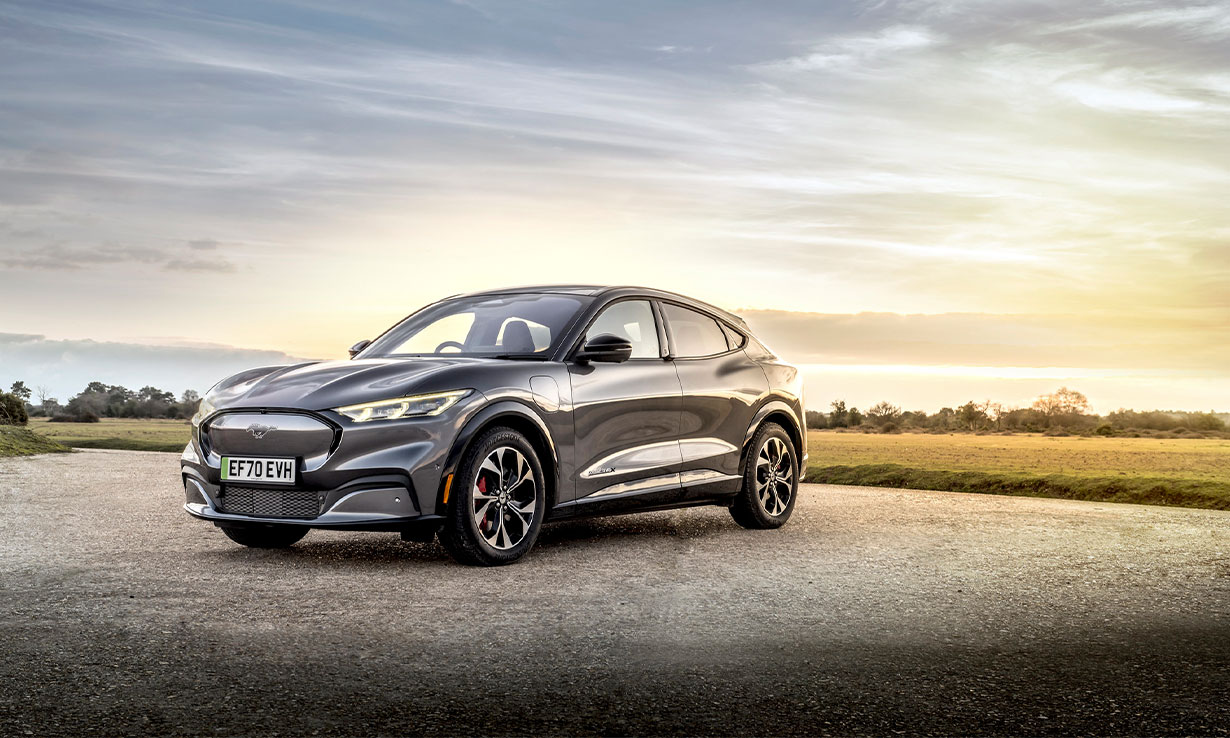 When Euro NCAP tested the conventionally-powered Mustang sports car in 2017, it received a disappointing three stars out of five, even after adding in more safety tech and resubmitting the car for a second test.

We don’t believe buyers should compromise on safety, so as we do with any car that gets three stars or less in Euro NCAP’s tests, we’ve made the conventionally-powered Ford Mustang a Which? Don’t Buy.

Thankfully, the all-electric Mach-E version of the Mustang has turned a corner, passing Euro NCAP’s assessments with flying colours and scoring five stars out of five. The star rating isn’t directly comparable to the original Mustang sports car’s rating, but since Euro NCAP’s tests have got more demanding since 2017 it’s an even bigger achievement. 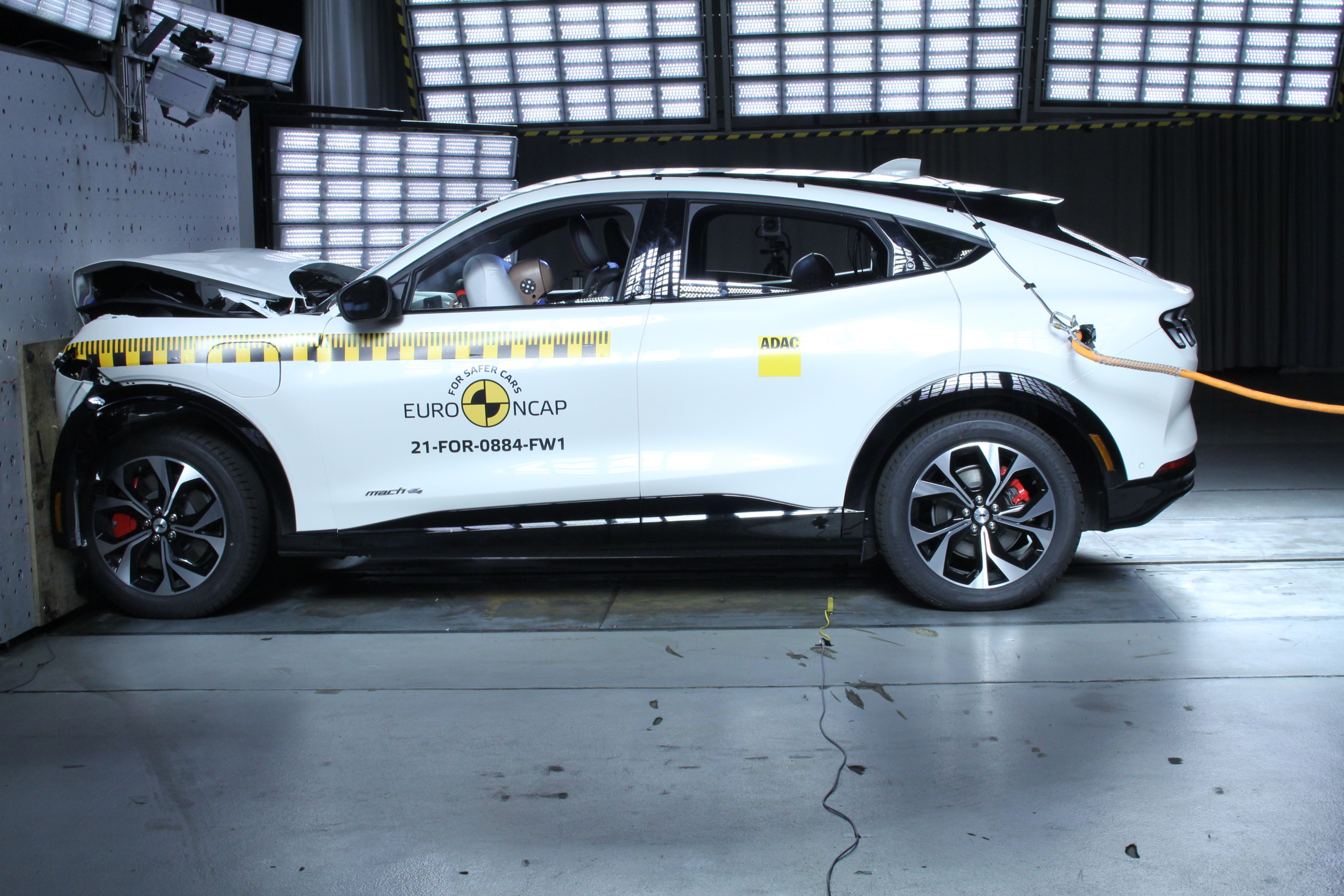 The car scored 92% at protecting adults in the car, 86% for children and 82% for its safety-assistance technology, including automatic braking when the car detects a collision is imminent.

While still reasonable, its weakest area was protection for vulnerable road users, such as cyclists and pedestrians, where it scored 69%. Nevertheless, this was still enough for the car to get five stars overall.

Meanwhile, Euro NCAP’s partner organisation Green NCAP, which assesses the environmental credentials of cars, has also given the Mustang Mach-E a full five stars out of five. You’d hardly expect an American muscle car to win environmental accolades, so it certainly breaks the stereotype.

It’s worth noting Green NCAP doesn’t yet take into account how electricity is generated, so you’d ideally be on a renewable energy tariff to charge up the car in the most environmentally friendly way at home.

The electric Mustang hasn’t been tested at our lab yet. But in the meantime see how the older standard model performed in areas beyond its disappointing crash safety in our full Ford Mustang review. 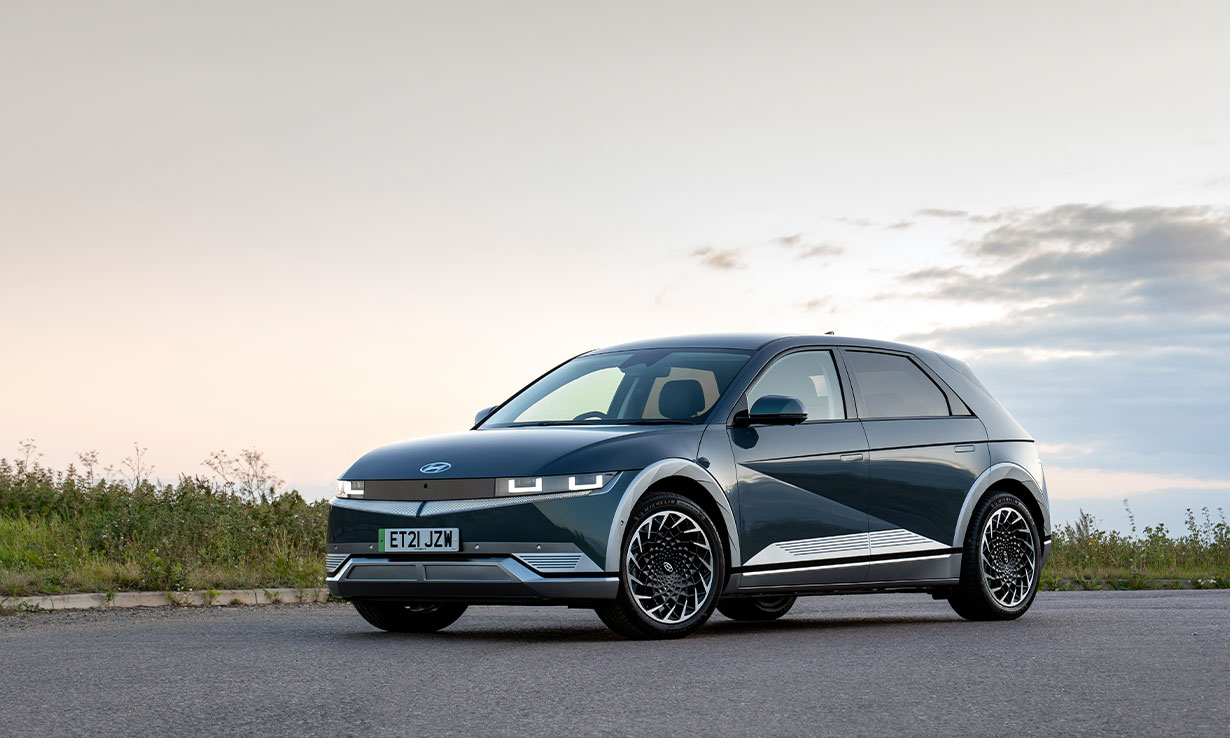 The new premium crossover hatchback from Hyundai has its sights set on rivals like the Volkswagen ID.4 and Skoda Enyaq iV, and it’s certainly off to a good start with an impressive five-star Euro NCAP safety score.

It got 88% for its safety technology and protecting adults, and 86% for protecting children in the car. Unfortunately, it did score a little lower (63%) for protection of road users, such as cyclists, but overall the car performed well in the crash tests.

The SUV Ioniq 5 yet will be going through all Which?’s rigorous lab and road tests soon. But while we wait, see what our experts thought of the Hyundai Ioniq hybrid hatchback. We have reviews for its plug-in hybrid and pure-electric versions, too. 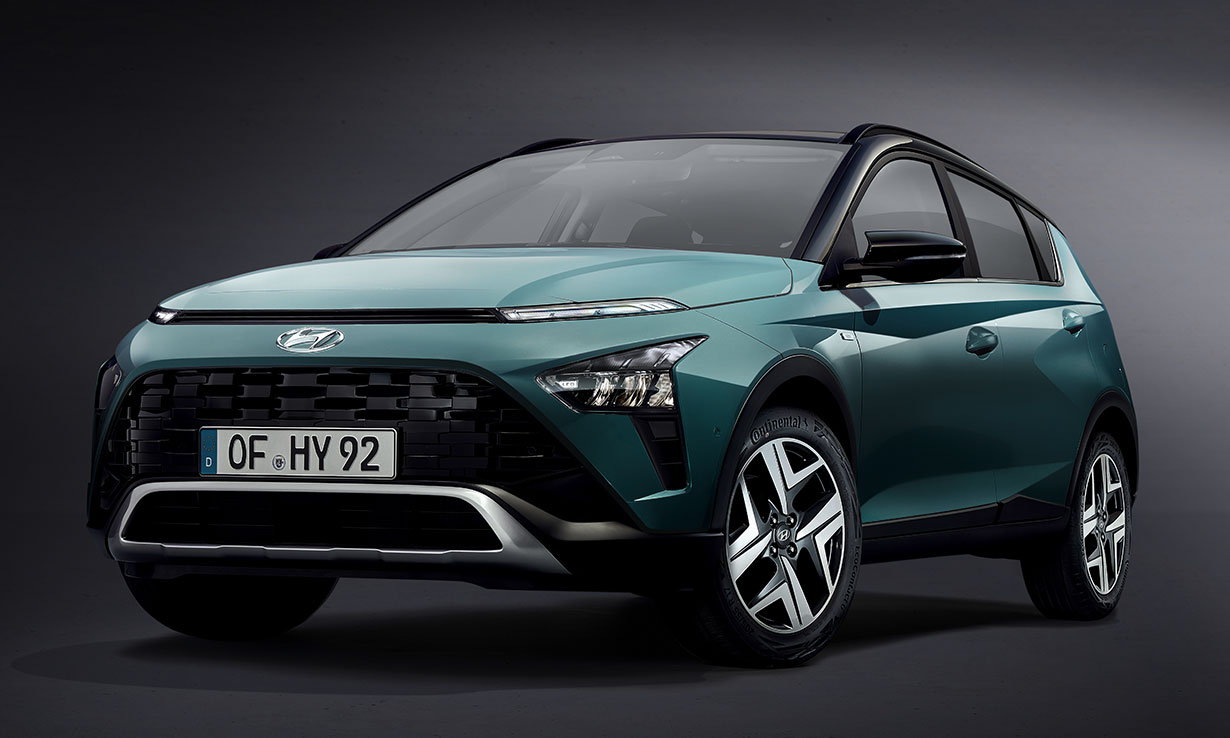 The all-new Hyundai Bayon enters the fiercely competitive small SUV market, alongside popular models such as the Nissan Juke and Ford Puma.

It scores reasonably well in Euro NCAP’s tests, but fails to get the full five stars. This is partly because it lacks a centre airbag which would help prevent occupants travelling across the car in the event of a side impact.

Structures in the dashboard are also ‘considered a risk’ to the occupants’ legs on the driver’s side.

We haven’t tested the Hyundai Bayon yet – but check back soon to see how well it performs in our comprehensive lab and road tests, or take a look at our other Hyundai car reviews.