After Eight is an iconic chocolate-covered mint that has been around since the 1960s. But recently Nestle has shaken things up by launching limited edition After Eight Orange & Mint and After Eight Mojito & Mint.

Available for £2 from a number of major supermarkets, we wanted to find out if these new flavours could live up to the original, and see which our panel of taste testers would choose as their go-to after-dinner mints.

Read on to see which flavour came top, plus we’ve got two fun After Eight games you can play with your family and friends this Christmas.

What did our testers think? 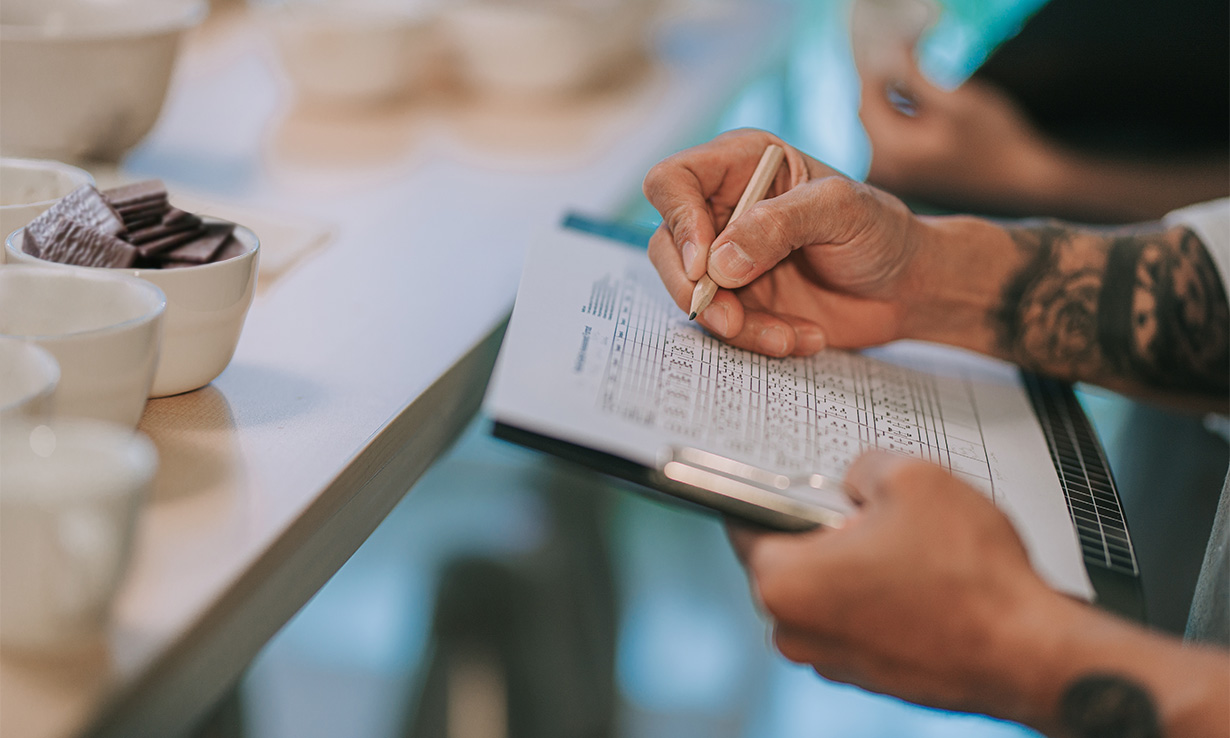 We enlisted a panel of 13 volunteers to take part in a taste test comparing After Eight Classic Mint, After Eight Orange & Mint and After Eight Mojito & Mint.

Surprisingly, we had a tie between Orange & Mint and Classic Mint After Eight. Sadly few were fans of Mojito & Mint. 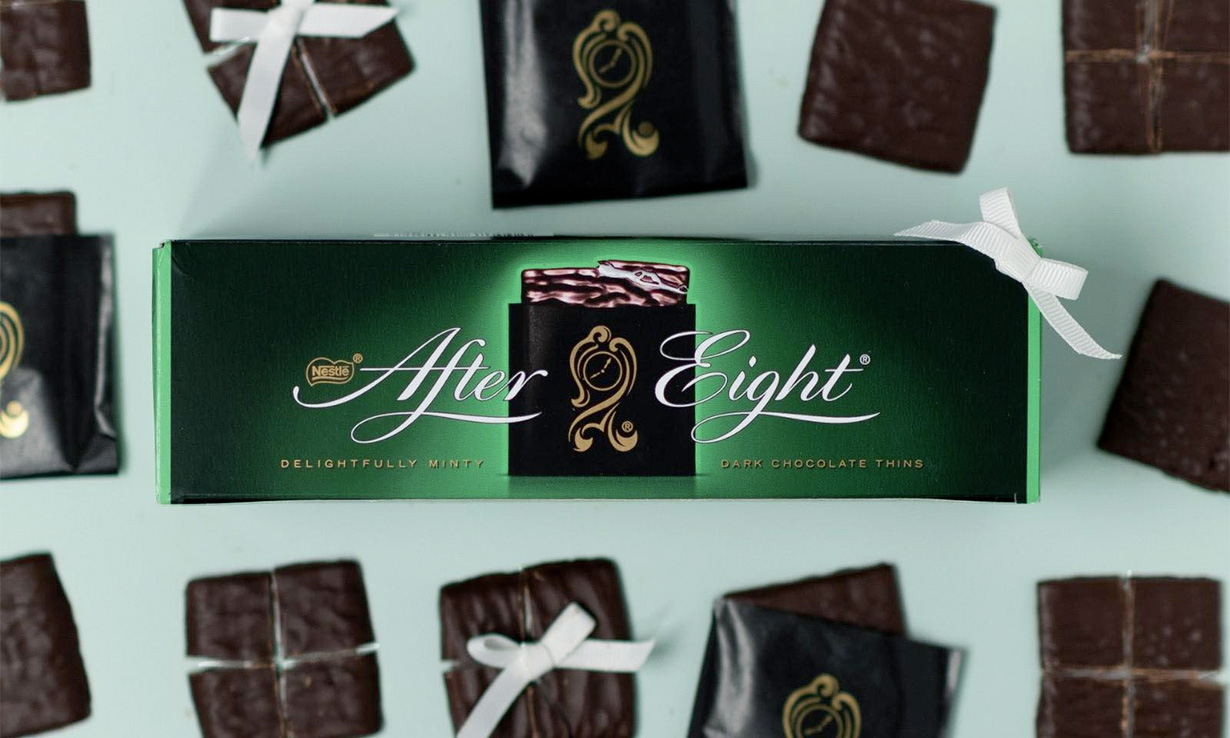 The Classic Mint fans said they enjoyed the signature balance between the mint and dark chocolate.

Our taste testers found the classic After Eight to not have as strong a scent as the other flavours in our test. 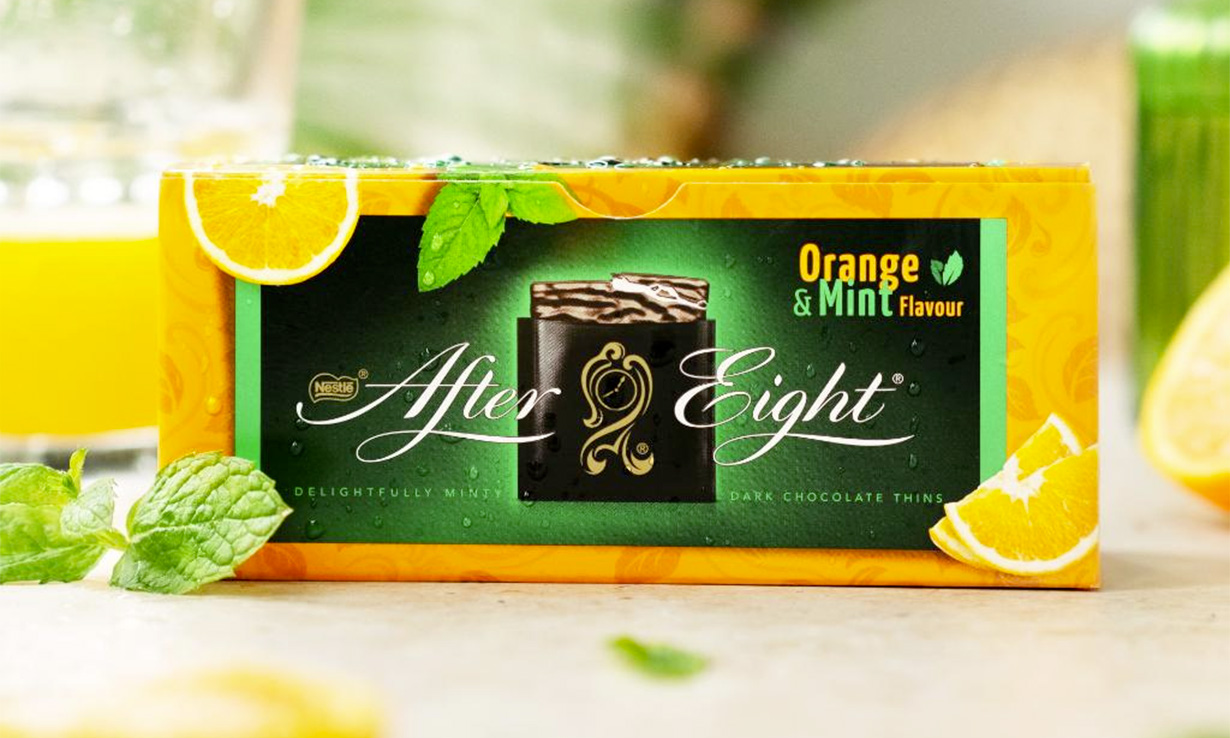 Devotees of the new Orange & Mint flavour praised the refreshing citrus tang which they felt blended well with the rich chocolate and crisp mint.

One volunteer referred to the combination as a ‘refreshing and delicious new twist on the classic flavour.’

The mixture of flavours was considered well balanced; the orange isn’t too strong and it’s not too minty either. 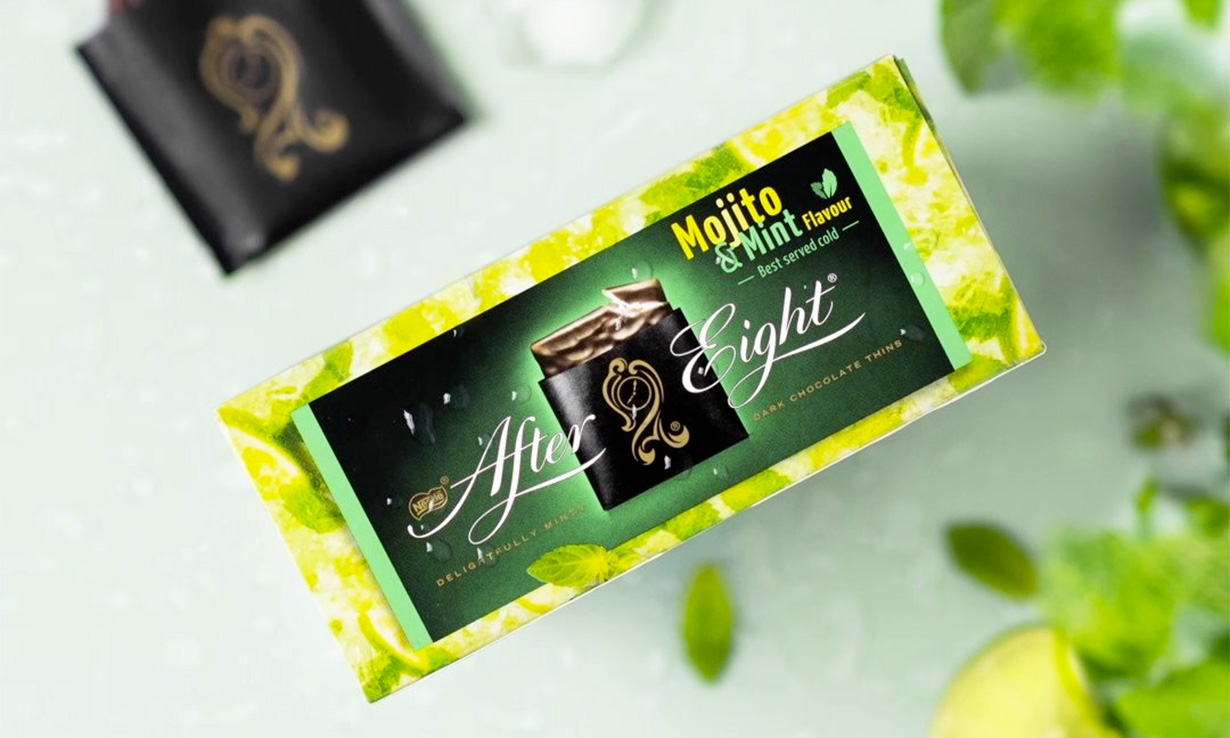 Most of our volunteers said the Mojito & Mint After Eight had a lime flavour that was a bit too strong and sickly, but those that liked the taste admired the sweetness and the richness of the gooey centre.

Others, however, described the lime as sharp and lingering, with chemical undertones.

These After Eight mints smell like a mojito so fans of the classic cocktail may be excited by the scent.

Where can you buy After Eight? 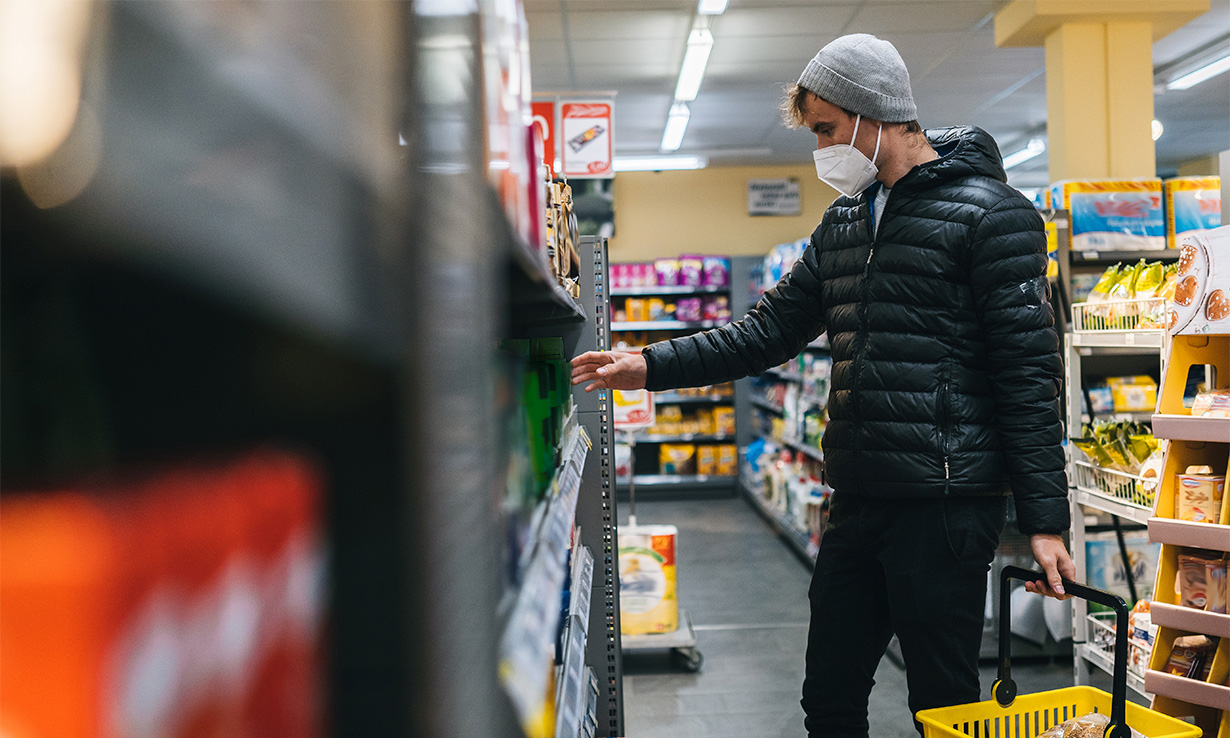 While stocks last you’ll be able to pick up classic After Eight and the new flavours from almost all major UK supermarkets.

After Eight games for Christmas 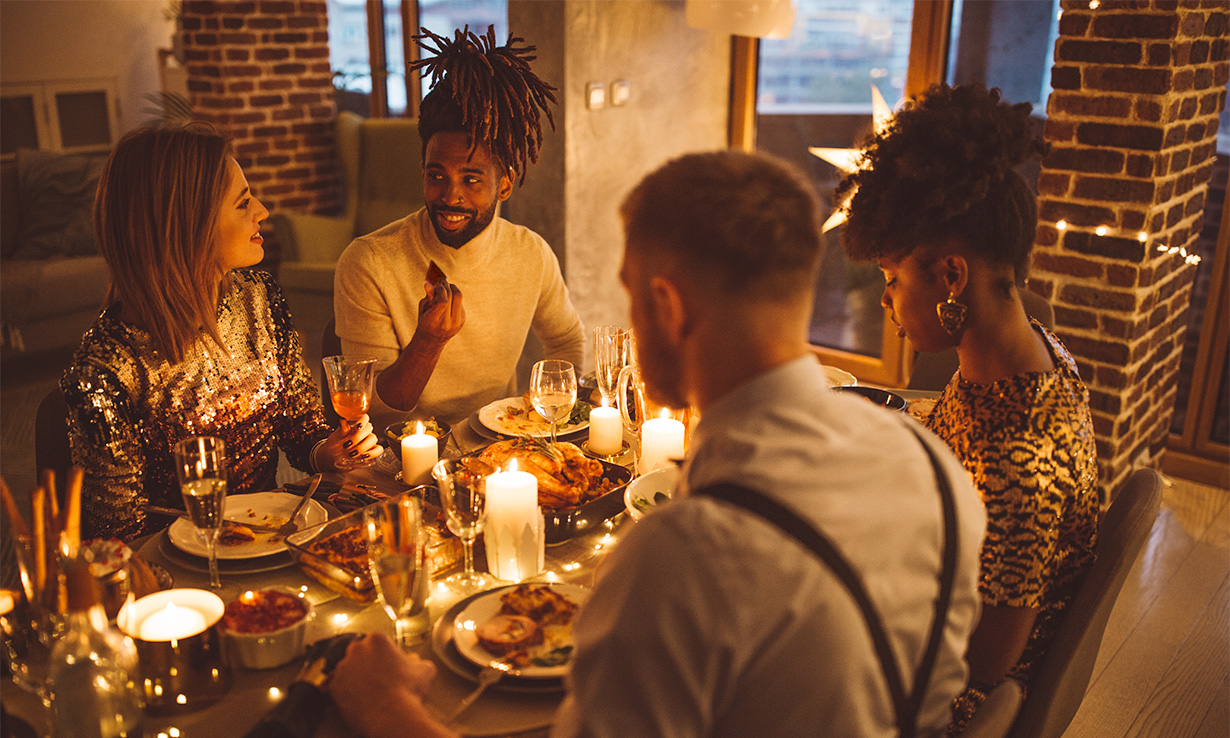 While testing the different flavours of After Eight mints we noticed they all came in the same style of sleeve wrapper.

They were so similar, in fact, that if you mixed them up you’d have to eat them to tell them apart.

To play After Eight flavour roulette you need one box of each type of After Eight and a revolving cheese board or plate you can spin round.

Put all of the After Eight on the board or plate in a random order. Then each person takes it in turn to pick up an After Eight and guess the flavour, but they are not allowed to smell it before guessing as that would give it away.

If you get the flavour right you get to keep the wrapper. The person with the most wrappers wins the game. 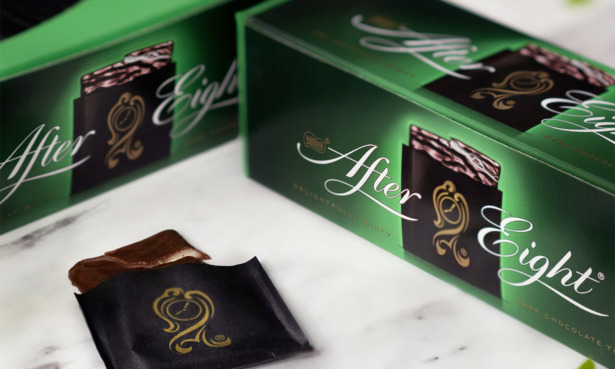 Believe it or not, there’s a Guinness World Record for eating the most After Eights in one minute without using your hands.

If you fancy competing against your loved ones this Christmas, you’ll need to keep all the After Eight mints in their wrappers, but you can lay them out in front of you on a table.

To become the next world record holder, you’ll need to devour more than 10 After Eights in one minute with your hands behind your back.

Starting your Christmas planning? Check out our complete guide to Christmas dinner, starting with how to cook a turkey crown.

How we tested After Eight flavours 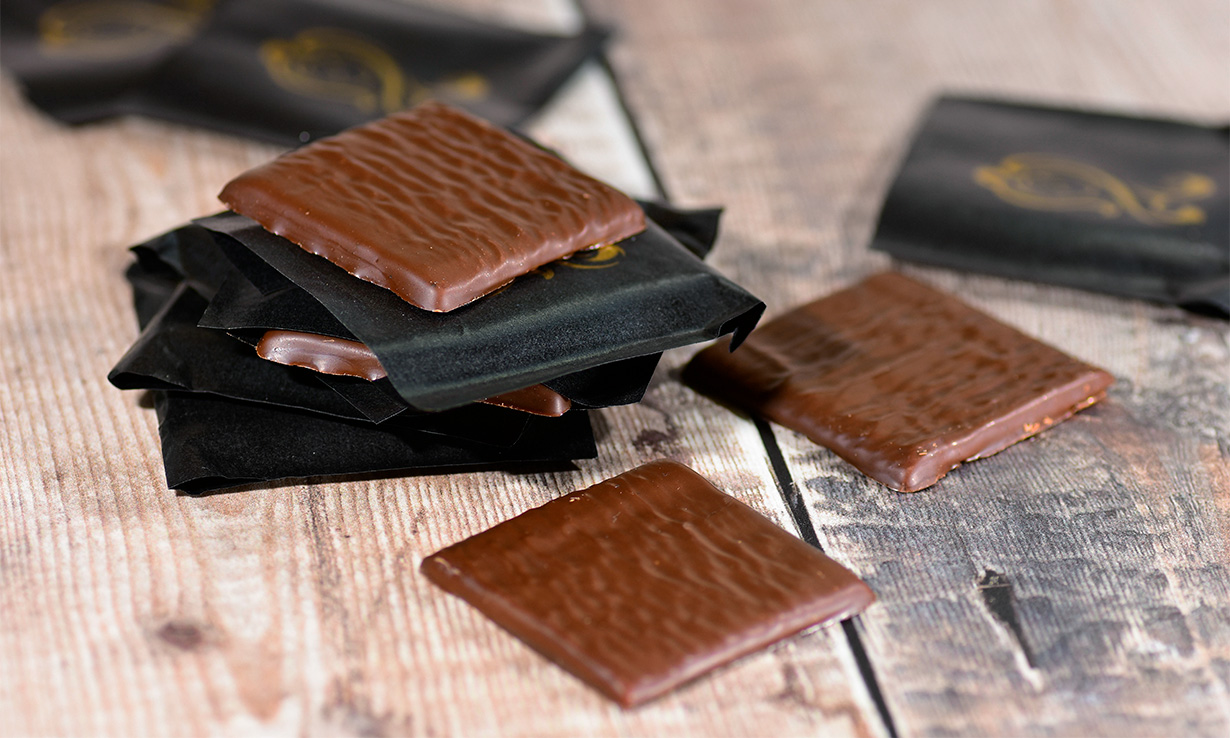