If your circumstances aren’t seen as ‘standard’ in the eyes of insurers, finding affordable cover can become a nightmare.

Are you over 70? Do you live in a house that has more bathrooms than bedrooms? Do you drive a Tesla? These are just some examples of details that can lead to limited choice and pricier premiums when shopping around for insurance.

Here, we reveal seven common barriers that make insurers reluctant to quote, and what you can do to overcome them.

The vast majority of policies do cover medical conditions and, in many cases, for a reasonable price. But severe or unpredictable conditions, such as heart disease or bipolar disorder, or an illness still in the process of being diagnosed, can send insurers running for the hills.

One member told us that declaring his wife’s atrial fibrillation (irregular heartbeat) results in ‘either a refusal to insure or astronomical premiums’ for the couple’s annual worldwide cover – these range from £600 to as much as £3,000.

Regardless of your state of health, your date of birth can impede your quest for cheap cover, sending a red flag to some insurers.

Drivers under 24 can pay multiples of what drivers in their fifties or sixties pay for car insurance, on average. However, once drivers pass their mid-seventies, they can also expect to begin paying higher premiums because of their age.

Among the Which? members we spoke with, the most common age-related complaint was unforgiving premium increases in travel insurance premiums – which will be experienced by customers even in perfect health.

When we used a comparison site to find an annual European policy for a 55-year-old customer with no medical conditions, we had 76 quotes to choose from, and the cheapest five averaged just £13. 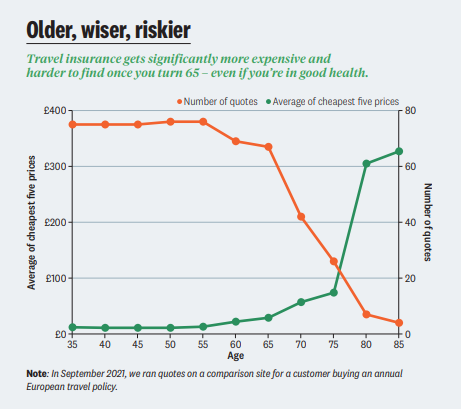 Generally speaking, the less pristine your claims record, the more you can expect to pay at renewal.

For most claims, this effect is temporary – though unfortunately this isn’t always the case. One Which? member we spoke to told us they’d made a subsidence claim 25 years ago, and ever since they have only been offered home insurance through one firm (though, fortunately, one they’re happy with).

In September, we ran home insurance quotes through a comparison site for a house in South London. We were initially offered 52 quotes. However, when we declared the property had previously experienced subsidence this reduced to nine.

Insurers feel most comfortable dealing with the familiar, which puts those of us who stray from the ‘norm’ at a disadvantage.

Among people we’ve heard from who have encountered difficulties when shopping around for home insurance are those with oil-powered fireplaces, listed properties, thatched roofs, more bathrooms than bedrooms, and uncommon construction materials.

One Which? member said he was offered ‘wildly different premiums’ from the few insurers willing to insure his Tesla. When we ran quotes on a comparison site, we were offered just 17 quotes for a Tesla Model-3 Long Range AWD, compared with 92 for an old Ford Focus Zetec.

Where you live can make a big difference to what you pay – especially for your car and home insurance. Places where cheap cover is scarcer include those with high crime rates, accidents or fraud such as ‘crash-for-cash‘ scams, and sometimes environmental factors such as local subsidence or flooding.

Most of us can’t move house to chase better insurance premiums, but there are sometimes things you can do to help mitigate the hazards in your local area. For example, if you live in a high-crime area, having robust security measures can reassure insurers.

Insurers take a fairly broad – and, arguably, shallow – view of your legal and financial history. Declaring that you (or people living with you) have ever had policies cancelled or refused will lead many insurers to take a wide berth. The same applies if you’ve had any County Court Judgements or experienced financial difficulties.

Unlike questions about your claims history, insurers’ queries into your financial background often don’t probe much of the detail or the length of time that has since elapsed – effectively meaning the worst is assumed, indefinitely.

Increasing levels of automation and assumptions in the insurance application process can make it difficult where there are ‘quirks’ in our circumstances that don’t fit the questions asked.

We heard from one member, for example, who has had insurance applications routinely rejected by insurers that couldn’t make sense of their address.

Another customer was unable to declare important medical details online, leaving them uncertain about whether the cover they were buying was genuinely sufficient for their needs. A previous Which? Money investigation found that assumptions built into some of the questions asked in comparison sites in some cases added hundreds to the quote presented.

For the majority of customers, finding insurance is fairly simple – with firms pouring significant efforts into making the process as smooth as possible.

But we’re all different, as are insurers – which means some of us have to search harder, or more carefully, to find the cover we need. Here are our tips to help you find the right cover for you.

Comparison sites are a great place to start – but if you’re drawing a blank, it doesn’t mean you’re ‘uninsurable’. Not all insurance providers sell through them, and even some that do may be able to provide cover if they have more specific information about you.

Extra detail can put a very different spin on a simple yes/no answer. If there’s relevant context to your history or circumstances that you couldn’t communicate via an online insurance application form – or you’re unsure how to accurately fill one out – contact the insurer directly by phone or email. The better the information they have, the more likely you are to get a fair price.

Carefully check any assumptions that you’re asked to agree with during the application process, even where they’re buried in large lists. They carry no less weight than the questions you’re asked to individually address.

The Financial Conduct Authority has created a directory of travel insurers that specialise in covering people with medical conditions, and may be able to provide affordable cover in cases where some more mainstream providers can’t.

If you’re looking for expert support, consider trying a specialist broker. Their job is to find you the cover you need. You can search for brokers by their area of expertise at biba.org.uk

Don’t lie, or fail to disclose details you’ve been asked to provide. Doing this may bring down your quote in the short term – but could ultimately invalidate your policy and make insurance even more difficult to obtain in future. 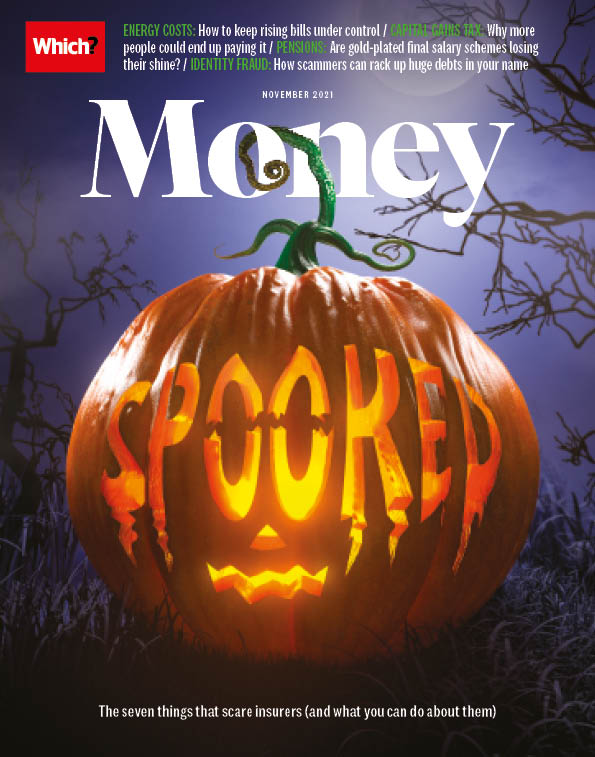