If you’re considering making your heating smart, it’s almost certainly because you’re hoping to save money, especially with gas prices rising. Smart thermostat manufacturers make big claims about the amount a switch to smart heating can save you.

But a Which? investigation into some of the most popular smart heating brands – Tado, British Gas-owned Hive and Google – has found that these predicted savings were:

That’s not to say you can’t save money with smart heating. But there are many factors to consider. And manufacturers aren’t necessarily arming you with all the information you need to be able to judge whether you will or not.

Read on to learn more about the claims manufacturers have been making and whether or not smart heating could slash your heating bill. 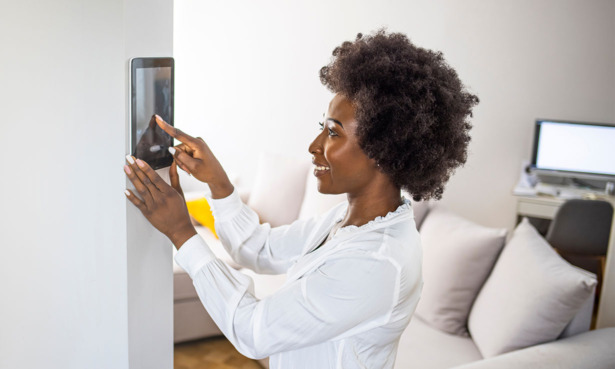 Are smart manufacturers making unrealistic assumptions about your heating habits?

To be able to give you any idea of whether smart heating could save you money, manufacturers need to make assumptions about how you’re currently heating your home.

But we believe some of the assumptions the manufacturers are making don’t reflect real-life usage.

According to BEIS Energy Follow Up Survey the average UK home:

The BEIS figures were gathered from the autumn of 2017 to winter 2019. In fairness, many of us have been using more energy since the start of the pandemic than before: domestic energy use was up 2.1%, and domestic gas use up 0.8%, in 2020 compared to 2019 according to BEIS energy trends.

However, these are the most up to date figures from the UK government and Ofgem on heating behaviour and gas usage.

As such, we believe they give the best representation of the UK population as a whole. Using this data, as opposed to another sample, to calculate claims, would give the average UK consumer the best idea of what they potentially save when installing smart heating products.

Continue reading as we unpick that further. Or head over to our guide to saving money on your heating bills 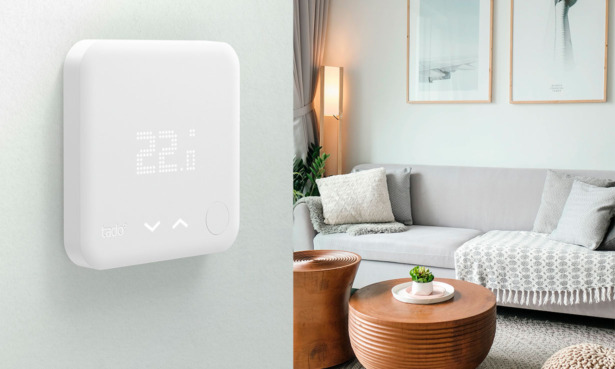 Claim: You can reduce your energy consumption by ‘up to 31%’ using Tado smart heating

Tado’s statement of ‘up to 31%’ appeared on its main webpage relating to savings without a clear reference or onward link to the data used to make this claim. It was therefore hard for a consumer to determine whether this saving applied to them or not.

Tado did say that information comes from a study by the Fraunhofer Institute for Building Physics – but, to find this out, you needed to dig around looking at press releases and at web pages that you can’t navigate to from the main savings page.

This study states that:

Adding these together gets you the 31%.

We believe this information should be significantly easier to find. You should be able to see clearly how the 31% figure was derived without having to do tonnes of research.

What does Tado say?

We reached out to Tado with our concerns, who have since added a reference to the independent study on its main savings page and linked through to the study, making it easier for consumers to understand where the data underpinning its claim has come from.

Tado told us: ‘We have improved our website to more prominently highlight the independent study that shows how a Tado smart thermostat can save potential customers up to 31% on energy consumption. We always aim to include the source of this statistic in our press releases and on our website.

We also have an Energy Savings Guarantee for customers who are not satisfied with their energy savings to claim their purchase costs back.’ 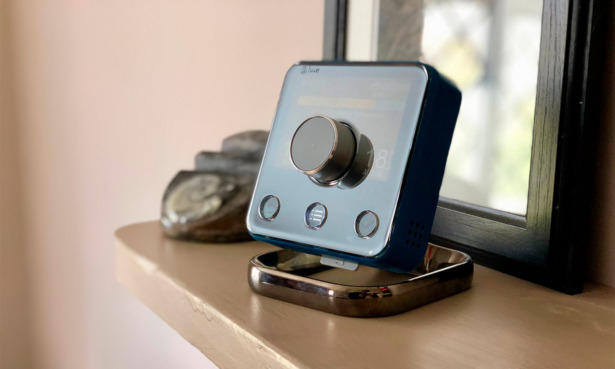 The concept is great, as you don’t want to waste money heating your home when you’re not around. The issue is that Hive thinks you’re using much more energy than you probably are.

Whenever Hive cites the £110 figure on its website, it says that this saving is based on an annual energy usage of 16,489kWh a year.

So, based on the Ofgem scenario, we believe the claim is based on gas usage that is not representative of the average UK consumer and they are therefore likely to save much less than Hive claims.

What does Hive say?

We took our findings to Hive. A spokesperson for British Gas, which owns Hive, said:

We periodically update the savings amount to reflect current fluctuations in prices. Given the current situation of increasing prices we will be thoroughly reviewing all of our price claims to ensure they reflect the current market.’ 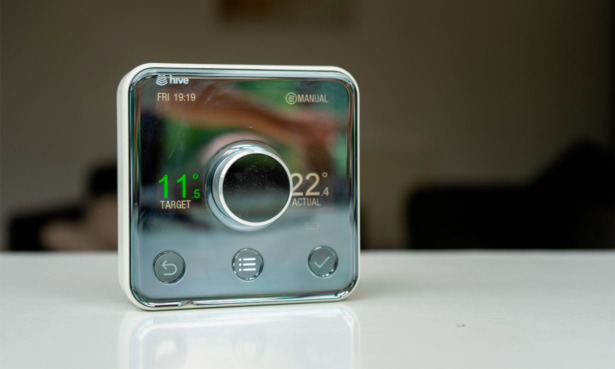 Hive’s website also had an online savings calculator, which invited you to answer five questions about your home and heating behaviour. The implication was, of course, that answering these five questions gave you a more personalised savings estimate.

For a given house type and location, the calculator appeared to be able to return one of only two possible percentage savings: one if you selected ‘On all day’ to describe your current heating behaviour; the other if you chose ‘Mornings & evenings only’.

However, the questions ‘How many bedrooms do you have?’ and ‘What is your current gas spend?’ appeared to have no effect on the percentage savings.

We ran the calculator multiple times to systematically check the effect each question had on the saving the calculator returned, and found every time these two questions to have no effect.

We believe that asking these questions gave an exaggerated impression of how personalised the calculated savings were. 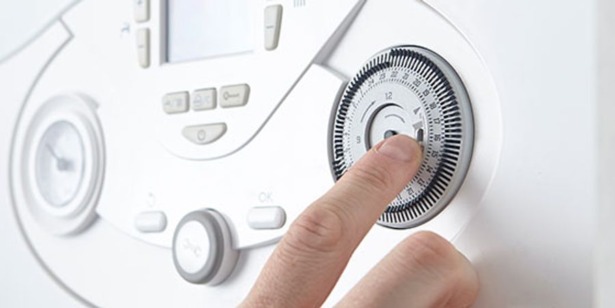 No matter how many bedrooms you said your home had, the calculator claimed you’d make the same percentage saving.

In reality, having more bedrooms may very well influence the percentage saving you could make, depending on how you use those rooms – something the calculator had no knowledge of.

Even if this wasn’t the case, why did the calculator ask a question that didn’t change the calculated savings?

No matter what you said you currently spent on your gas, the calculator claimed you’d make the same percentage saving

This may also sound logical, but doesn’t make sense either, as we’ll explain.

Whereas it seems much more likely that, if you’re spending twice as much on gas, it’s also because you’re using much more of it.

Keeping the percentage saving the same led to bizarre scenarios like the calculator saying we could save 28% if we spent just £1 a year on gas.

Worse still, the calculator always said that you could save by switching to its ‘Home Comfort Schedule’ no matter what your current heating behaviour was.

If you heat your home for less than 7.5 hours a day, and put in your current gas spend that reflected this, you would still be told you could make a saving by switching to the ‘Home Comfort Schedule’. In such a scenario, we believe the calculator could have been misleading for consumers – as there’s a significant chance of someone choosing to purchase a Hive product based on an inaccurate savings estimate.

As it stands, we believe that the house type, location, and choices of heating behaviour were the only determining factors actually being used to calculate percentage savings. Any other questions were redundant.

We believe that this redundancy gave an exaggerated impression of how personalised the tool’s predictions were.

What does Hive say?

We contacted Hive with our concerns. Hive told us:

‘We periodically update the savings amount to reflect current fluctuations in prices. Given the current situation of increasing prices we will be thoroughly reviewing all of our price claims to ensure they reflect the current market.

The team is looking at the calculator and the estimates we provide as part of this.’

Hive didn’t respond to our claim that the questions about bedrooms and current gas spend had no effect on the calculated percentage saving.

Since contacting Hive with our findings, we noticed that the savings calculator URL had been redirected to their home page, meaning you cannot currently access it. 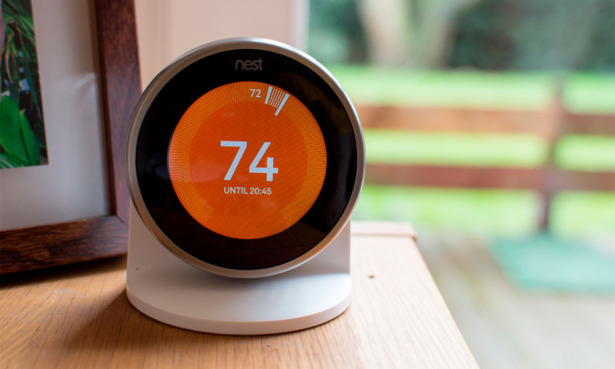 On the same webpage as this claim, Google explains that it has calculated this by comparing data it has gathered on Google Nest users’ energy usage to what it considers to be a typical scenario for non-Nest users: keeping the thermostat temperature at 20 degrees most of the day but turning it down to 9 degrees for seven hours at night.

In other words, it assumes that, if you’re not a Nest user, you have your heating on for at least 17 hours a day: over double the eight hours claimed by BEIS. That’s a big difference.

The BEIS survey also reports that six in 10 households with a thermostat leave it at one temperature while the heating is on and don’t vary it depending on the time of day.

Based on the BEIS scenario, therefore, the average UK consumer is likely to save less on their heating bills than Google estimates.

What does Google say?

We took our concerns to Google, but didn’t hear back.

Who can save with a smart thermostat? 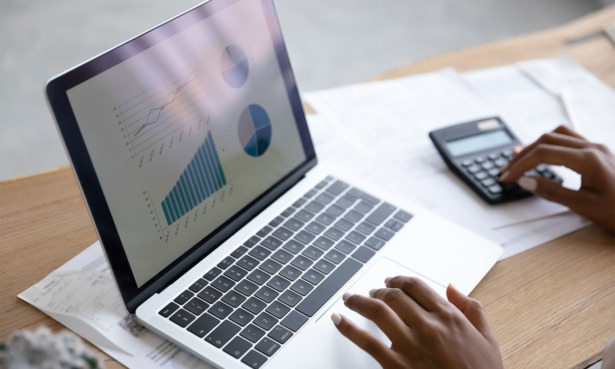 Smart heating undoubtedly makes controlling your heating easier. And it’s certainly possible to save on your heating bill using a smart thermostat.

Yet, our investigation has found that it is often difficult to tell if the tantalising estimates made by companies are applicable to you.

If companies were more transparent, it would be easier for consumers to understand how any savings claims are made. And these claims should be representative for a typical UK home, not just the savings possible for the few heavy gas users.

It’s always worth checking what manufacturers have assumed about how you heat your home, so you can decide if their claims apply to you.
In general however, you are more likely to save money on your heating bills by going ‘smart’ if:

Finally, around 87% of homes have a thermostat, the majority of which are set to 20ºC. Whether it’s ‘smart’ or ‘dumb’, by turning the thermostat down a degree you can reduce your annual heating bill by £55, according to the Energy Savings trust.

Find out more about buying a smart thermostat. You can also get help if you’re struggling to pay your energy bill.