Which has full lab test results of Apple’s latest two MacBook models, which feature the new M1 Pro processor and other tempting upgrades.

These two new models, which start at £1,899 for the most basic 14-inch variant, are primarily designed for people who work with video and 3D modelling.

But if your budget will stretch to this laptop luxury, what do you actually get? Are they worth the money, and should current Mac owners plump for the upgrade? Read on to get the lowdown on the new MacBook Pros.

Don’t want to pay for a pricey MacBook? We’ll help you choose a great laptop that will do what you need and doesn’t cost anywhere nearly as much – see our expert laptop reviews.

On both models you get Apple’s upgraded M1 Pro processor, which will have eight or 10 cores, depending on the model (scroll down for more information about this). Plus you get 16GB of Ram and 512GB of storage.

That’s plenty to start with, but you can upgrade all three to your own liking when you purchase. Keep in mind once you’ve bought the laptop it can’t be upgraded, so the specs you choose are the ones you’ll live with.

The new models don’t have a Touch Bar mini screen above the keyboard, which we’re sure will be music to many Apple fans’ ears, as this feature has proven controversial since its inception in 2016.

However, both models do feature a useful TouchID fingerprint scanner on the power button for a faster way to unlock your Mac.

Apple is also restoring three ports that users missed after they were removed five years ago:

There are also three USB-C ports, which support Thunderbolt 4 connections, and a 3.5mm headphone jack. 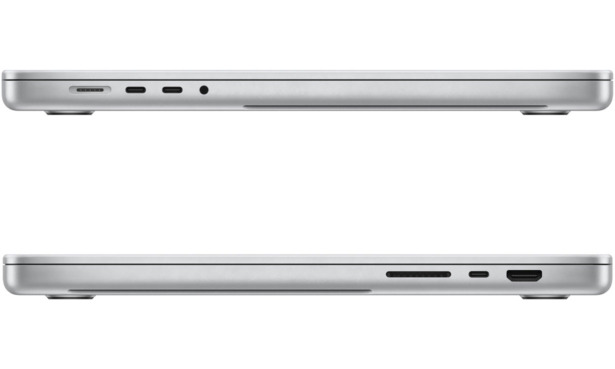 Battery-wise, the 14-inch model has up to 17 hours of video playback and up to 11 hours for wireless web browsing. The 16-inch model has an impressive 21 hours and 14 hours respectively. We repeat our battery test at least three times per laptop in two different scenarios, so these lofty claims are well and truly put to the test.

Both laptops feature an advanced 1080p FaceTime HD camera and high-resolution screens along with six speakers for maximum sound quality. We’ve put these to the test in our lab as well.

Not sure whether you want the MacBook Air, 13-inch Pro or one of these two new models? Our expert guide to the best MacBooks will help you decide.

What are the Apple M1 Pro and M1 Max chips? 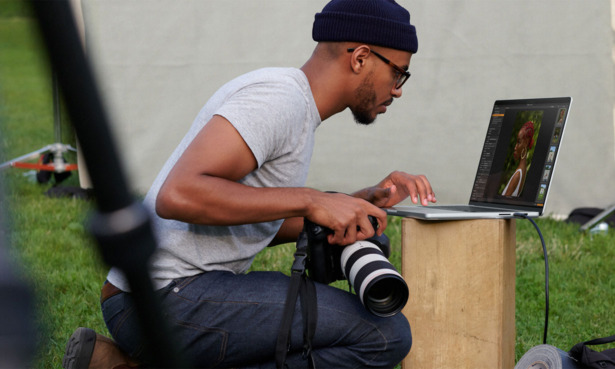 The M1 Pro processor has 10 cores, with Apple claiming they are 70% faster compared with the standard M1 predecessors. The 10 cores are split into eight high-performance cores and two high-efficiency cores for tasks that require less energy.

It supports 32GB of unified memory, with up to 200GBps of memory bandwidth. Apple claims this will enable creatives to do more on the go than ever before.

The M1 Max chips are a more powerful version of the M1 Pro. They share the same core processors, but the Max has double the bandwidth speed and up to 64GB of unified memory.

Should you buy a new MacBook Pro?

On the basis of the price and specs alone, it’s clear these two laptops are not for those on a budget or with very basic computing needs.

With that said, the perks of the extra ports and Apple’s reputation for silky smooth software and great build quality might attract those looking for a computer that will last for years to come.

If you already have a recent 13-inch Pro or Air and are happy with them, there’s no reason for you to upgrade as they will likely be overkill for day-to-day tasks.

To get our full verdict and access to our expert lab test results, go to: