New data from Which? and RootMetrics uncovers the reality of 4G coverage throughout the UK. Find out what it's really like across England and see which provider has the best 4G network.
HY
Hamse Yusuf
In this article

Difference in mobile signal in the UK are experienced every day with experiences ranging from useful to infuriating, depending on where you live.

Continue reading to find out the most recent network reliability and network speed scores for major cities in England, not including London (read our dedicated guide to mobile network coverage in London) and is based on data from our partner, RootMetrics.

You can also use our mobile coverage map for a more granular analysis of where you live.

Best network for 4G availability and download speeds across England

Our analysis looked at 11 major cities across England (click here for our mobile network analysis of London) to find which networks offer the best download speeds and offer access to 4G signals the most.

EE was the outright winner in Birmingham, with an almost perfect RootScore of 99.6 for network reliability although all four providers had RootScores above 90.

For network speed, Birmingham saw bigger differences between the network providers, with EE and O2 performing markedly better than Three and Vodafone's scores of 94.1 and 92.7 respectively.

The difference in RootScores for network reliability were negligible, and network speeds was where the differences really appeared.

EE and Vodafone both had very similar scores (93.3 and 93.1 respectively), far ahead of their rivals.

EE takes the narrow victory in Coventry, although most of the scores were quite close.

Network reliability is high, with all four provider scoring at least 97. EE and Vodafone got a near perfect reliability score with 99.5 and 99.4 respectively.

Three is the only provider left behind with a low network speed score in relation to the other three providers, receiving a rootscore of 82.6, almost six points behind the next lowest score.

EE and Vodafone share the plaudits in Hull with both performing strongly in the tests conducted.

Both providers achieved RootScores in the 90s for both network reliability and speed, the only two providers to do so.

The only provider who falls down is Three who, although scoring well for network reliability, fall down heavily on network speed.

Three's score of 65.2 is far and away the worst score recorded and shows that it has much work to do to improve network speed for customers in Hull.

EE customers have the best mobile experience in the Leeds and Bradford area and it is network speed where it excels.

EE's RootScore is the only one which is over 90 and highlights the dominance it has in terms of signal experience.

All four mobile networks score well on reliability with small differences between them.

EE customers in Leicester get the best signal experience, according to the latest data.

In truth, EE. O2 and Vodafone all achieved similar Rootscores, scoring in the 90s for both Network reliability and speed.

Three is the only provider who underperforms here, with its network speed score being far less than its counterparts.

EE and Vodafone share the plaudits in Liverpool with both achieving an almost perfect network reliability score.

Both also perform very similarly on network speed, with Vodafone edging it.

Three and O2 struggle on network speed in Liverpool, with scores much lower than EE and Vodafone.

Vodafone customers have the best experience in the Manchester area with it achieving a near perfect network reliability score.

Most of the providers scored well for network reliability but it's network speed where differences are clearer.

EE and Vodafone both score around 94, but Three scores in the 80s, and O2 are even further back, achieving a comparatively low score of 72.5.

EE customers get the best mobile signal experience in Newcastle, although all four generally perform quite strongly.

Where EE stands out is in network speed with it being the only provider to score above 90.

Three and Vodafone fall slightly behind with scores of 83.5 and 84.7 respectively.

EE,O2 and Vodafone all achieved near-perfect reliability scores, scoring over 99

When it comes to network speed, Three is far behind its three counterparts, scoring 74.5. Three's score is 17 points behind the second lowest.

EE offers the best network speed, slightly ahead of Vodafone and O2.

EE customers have the best mobile signal experience in Sheffield, with the network reaching almost a perfect network reliability score and the best network speed score.

O2 and Vodafone also score over 99 for network reliability with Three not far behind on 97.3

O2 slightly falls behind with its network speeds with Three fall further behind still with respective scores of 88.7 and 80.2.

The information used in this analysis comes from a regular collaboration between Which? and coverage experts RootMetrics, and is based on over 580,000 measurements taken from multiple outdoor and indoor locations.

Using these measurements, we're able to give a definitive account of the real mobile phone user experience using RootScores. A RootScore is a simple way to translate all the data gathered into clear and easy-to understand marks of performance and is scaled from 0-100. The higher the score, the better.

Which mobile network is best?

Once you know which networks offer the best coverage where you live and work, you'll want to know which ones offer the best customer service and value for money. We asked over 6,100 members of the public to tell us about what they love and hate about their network.

The information contained on the page is based on mobile phone coverage from the second half of 2019. 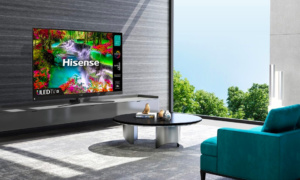 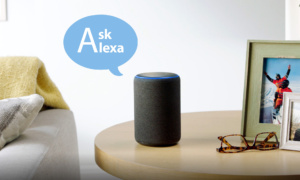 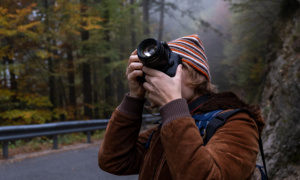