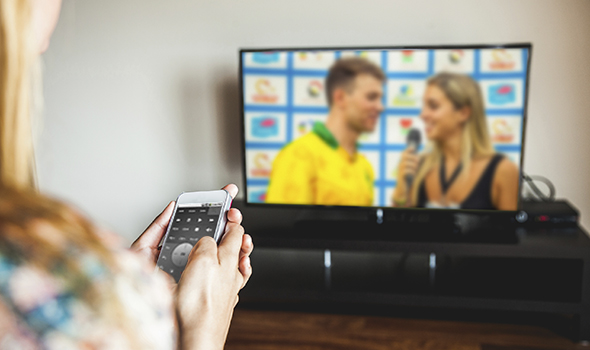 Lost your TV remote? Maybe it’s been chewed by the dog? You may be able to avoid paying out for a replacement by using an app.

If your TV remote has been stood upon, chewed by the dog or otherwise rendered unusable there may be a cost free option to hand.

That’s because most modern smartphones can be used as a TV remote control through the download of an app. Read on to find out how to install a TV remote app and save yourself the cost of a replacement control.

Best Buy TVs – the televisions recommended by Which?

How to find the right TV remote mobile app

The right TV remote control app for you or will depend on the type of TV you have. Below you’ll find links to the first party apps from the most popular TV manufacturers including Samsung, LG, Sony, Panasonic and Philips:

If you have a Samsung Smart TV then it should simply be a matter of connecting your television to your home’s wi-fi via the TV’s settings menu. Just open the TV Menu, then select Network Settings.

Once done, open the SmartView app and follow the instructions to select your TV. You can even use the app to send images and video from your phone to the big screen.

LG’s remote is similar to Samsung’s in that you will have to connect your TV to your home’s wi-fi connection in order for it to work. Once done, it’s again a matter of following the app’s instructions. Please note however, that if your TV was released in 2011 or before you will require a different version of the app.

TV SideView is a remote control and TV guide app that should be compatible with both Sony and LG TVs (meaning if you have both types of television in your house you’ll only need the one app). Again, just connect your TVs to your home network and launch the app.

The TV Remote 2 app lets you operate Panasonic flat-panel Panasonic Viera TVs from 2011 and onwards. With your TV connected to the internet, it should be a matter of launching the app. The TV Remote 2 App also lets you transfer pictures, videos and music from your mobile to the TV.

Philips’ MyRemote can be used to control Smart TV-enabled Philips TVs and a selection of the manufacturer’s home theatre systems, soundbars and Blu-Ray players. Once again, just connect your smart TV to the internet, download the app using the links above and launch it.

Using your smartphone with Sky+

If your dog has developed a taste for your Sky+ remote too then you’ll be pleased to learn that Sky offers a similar way to use an app to control every element of your Sky+ box too. It’s likely you’re Sky+ will already be connected to your home internet anyway and, if that is the cast, you’ll be able to set series links, download box sets and pause TV just as you would usually.

And for everything else

If your TV simply won’t respond to the corresponding app then there are an assortment of third party apps that might do the job. Easy Universal TV Remote (Android version here), for example, should work with an array of TVs once you spend time finding the right settings to let the remote ‘talk’ to your television.

The downside is that these apps tend to come with adverts that pop-up haphazardly, meaning they can be irksome to use at times. iPhone owners might be out of luck altogether too, with few working universal remotes in existence on Apple’s App Store.