As the temperatures soared last week, so did the pollen count – signalling the start of runny noses, itchy throats and streaming eyes for hay fever sufferers.

The most common allergen – grass pollen – tends to be at its highest from May to July, while tree and weed pollen can start causing hay fever from as early as February through to September.

Keeping your windows closed and vacuuming regularly can help. But if you’re one of the 30% of adults and 40% of children affected, you’ll know it won’t always stop the pollen spreading.

So if you’re already at the end of your tether, could an air purifier bring you some relief?

Jump straight to our air purifier reviews to see which models will best capture pollen.

The answer’s yes, with the right model. An air purifier works by sucking air in, trapping floating particles and then circulating the clean air. Our expert test lab measures how many pollen, dust and smoke particles each machine removes from the air. And as you can imagine, we’ve found that some air purifiers are much more effective than others, especially at collecting pollen.

In fact, the best we’ve tested can remove more than 90% of particles. The worst we’ve tested removes a pitiful 14%, which means it really pays to do your research before buying.

Besides removing pollen particles from inside your home, there are other air purifier features that could be a blessing to hay fever sufferers.

Don’t waste your money on a Don’t Buy air purifier.

On test: three air purifiers from Blueair, Electriq and Philips

Here are three of the most recent air purifiers we’ve tested. Find out about their features and check out the full reviews to see how effective they are at removing pollen from the air. 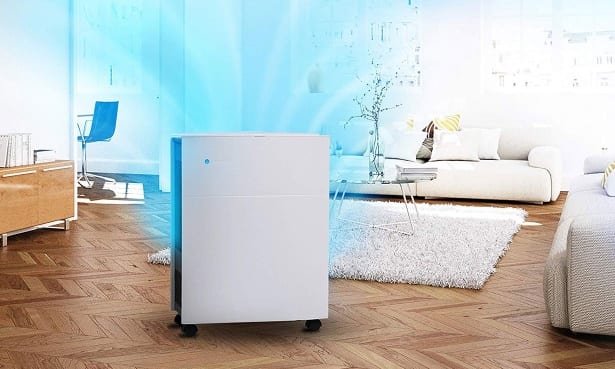 The Blueair Classic 605 is the most expensive air purifier we’ve tested.

It has a Hepa (high-efficiency particulate air) filter and you can put it into night mode, which should mean quiet purification. You can also set it using an app from your phone. But is it really worth a staggering £699?

Read our full Blueair Classic 605 review to find out if this pricey model is super-efficient at removing pesky pollen particles from the air. 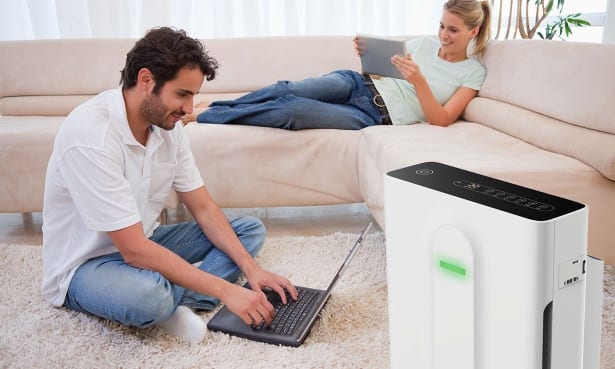 The ElectriQ EAP500HC is cheap compared with many you’ll see on the market, but that doesn’t mean you’ll be at a loss for features.

It has five different fan speeds, a night mode and it runs through a Hepa filter.

It also has an air quality sensor. Air quality sensors check the quality of the air and can switch the air purifiers on and set their power levels when pollution levels rise.

Of course, none of these features really matter if it can’t clean the air effectively.

Read our ElectriQ EAP500HC review to see how it fared in our tests. 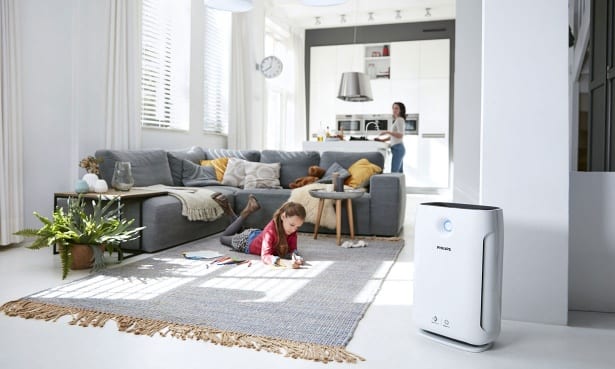 This mid-range model comes with plenty of features, including a timer and night mode.

It uses a three-filter system and has an AeraSense function for live data about the quality of the air in your room, all of which can be controlled via an app on your smartphone.

The Philips AC2889/60 air purifier claims to capture 99.97% of particles in your home, to reduce allergens, gases and odours. But did it live up to its claims in our testing?

How do you cope with hay fever?

From taking antihistamines to wearing wraparound sunglasses, there are many preventative measures you can take to limit your hay fever symptoms. Let us know what comes to your aid when you’re at wit’s end.