We know to slap on the sun cream when it’s hot and sunny outside. Yet we don’t always think about how the warmer temperatures can affect other areas of our health, like increased exposure to air pollution and its impact on our lungs.

Read on to find out more about air pollution, whether our recently tested air purifiers can help with the problem, plus other ways you can reduce your exposure to pollution during summer.

Heat, sunlight, stagnant air, ozone and air pollution from sources such as road traffic can all combine in summer to make breathing harder and irritate our noses and throats. It’s especially dangerous for those with pre-existing health problems.

We’re more likely to feel the effects of the higher pollen count when we’re in this vulnerable state too, meaning hay fever can actually feel worse in the city than in the countryside. And it’s not only when you’re outside that you need to worry about what you’re breathing in.

Pollution comes into our homes through open windows, and we create it ourselves through activities like cooking, smoking and using cleaning products. An air purifier can reduce the amount of pollution you’re breathing in.

We can’t test an air purifier’s ability to deal with traffic pollution. However, we do test whether air purifiers can capture particles as small as 2.5 µm (two and a half microns or less in width – the size of dangerous PM 2.5 particulate matter). We test each air purifier with dust particles (0.5 to 3 µm) and cigarette smoke (0.10 to 1 µm).

Choose an air purifier which performs well in these tests. If it can capture dust and smoke particles, it ought to also be able to trap PM 2.5. 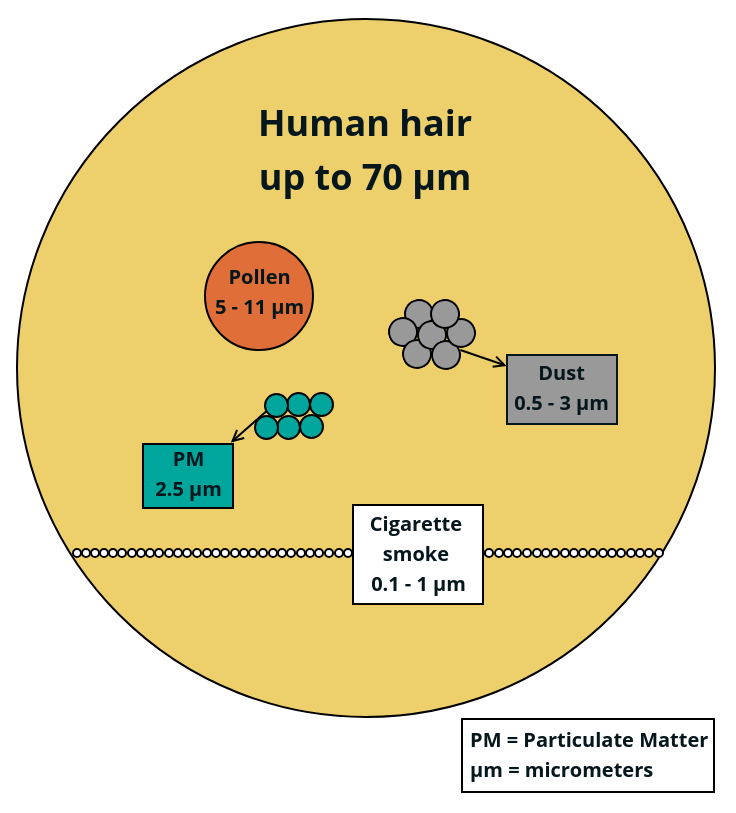 We also recommend choosing an air purifier with an activated carbon filter if you can, as this will also trap gases and eliminate bad smells. A Hepa (high-efficiency particulate air) filter alone can’t do this.

Whichever air purifier you go for, be sure to change the filters regularly and clean them according to the manufacturer’s instructions. Clogged-up filters won’t be very effective at trapping particles, and nor will filters that have been damaged by overly thorough cleaning.

Our latest group test comprises models under £250 and includes two that are designed for small homes, such a city pad. All four are well priced considering air purifiers can cost as much as £700. 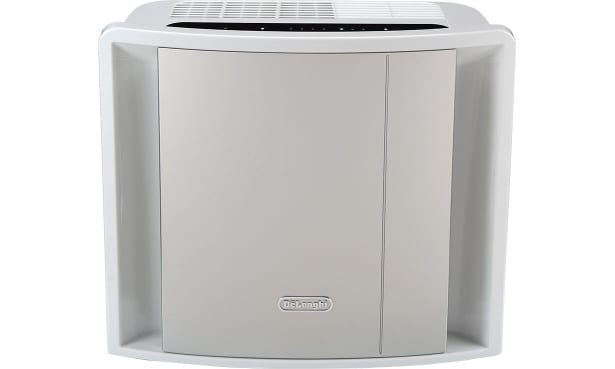 The DeLonghi AC100 is a compact air purifier, measuring 39x44x20cm.

At only 5.6kg it’s lightweight too, so it could be ideal if you don’t have a lot of spare floor space and need to tuck it away in a corner or keep moving it into different rooms.

It has a pre-filter, which should mean that it captures larger particles. It also has a combined Hepa filter for smaller particles and an odour-eating carbon filter.

But it has the basics, including three fan speeds and a timer that you can set to turn the machine off after one, four or eight hours. 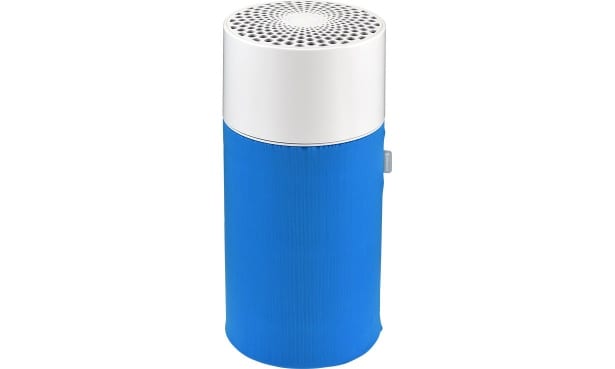 The Blueair Pure 411 is also designed for ‘compact living’. It’s even more lightweight than the DeLonghi at just 1.5kg. It’s also tiny (43x20x20cm).

Like the DeLonghi it’s a fairly simple model, with no extra features such as an automatic mode or air-quality sensor.

It has a particle filter, a carbon filter and the option to buy different coloured pre-filters, making it one of the coolest-looking air purifiers you’ll find.

It doesn’t have a Hepa filter, unlike the majority of air purifiers we test. We normally recommend choosing one with a Hepa filter, as other types of filter may not be up to the same standard. 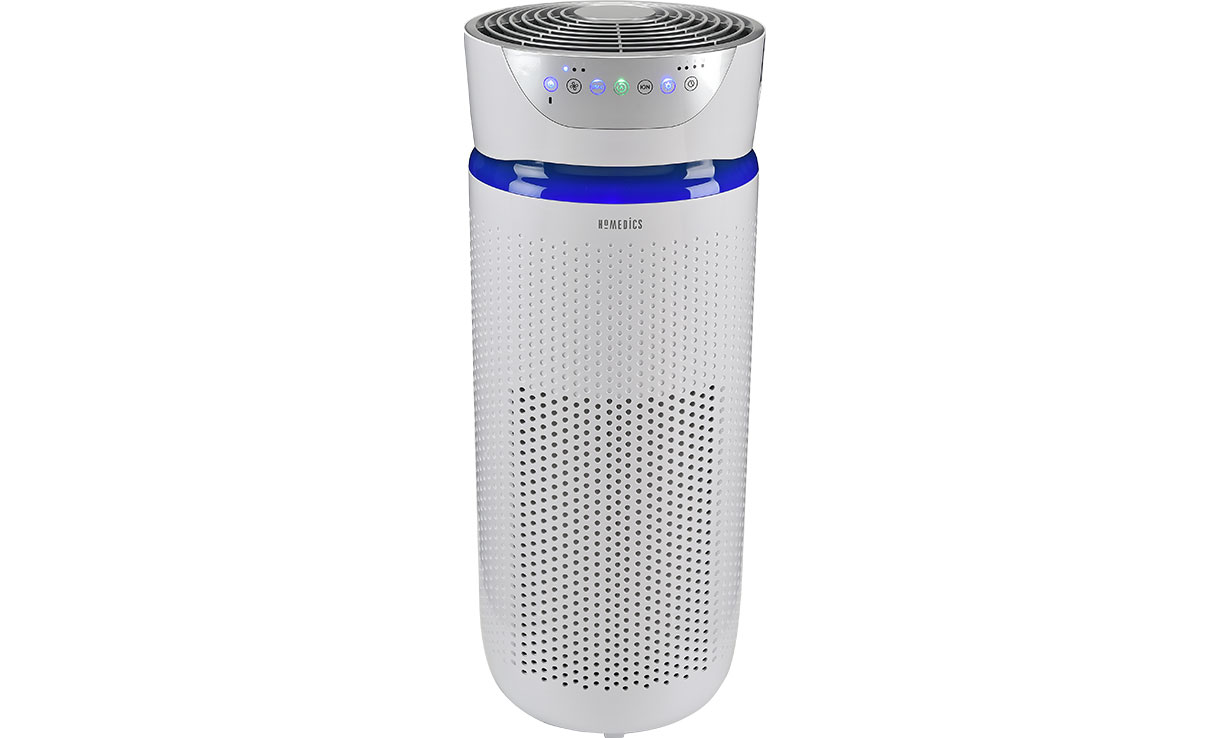 Some features are the same between them: three fan speeds, a timer, an ioniser and a combined pre-filter, Hepa filter and carbon filter. Both have a UV light setting designed to kill germs, bacteria and viruses (note that we haven’t tested this function).

The AP-T40 is slightly larger (64.5x26x26cm vs 56.5x25x25cm). It has an air-quality sensor and automatic mode, whereas the AP-T30 needs switching on manually when you think air pollution is higher.

Both come with an unusual feature: a tray to which you can add essential oil pads to make your home smell nicer. We’re surprised to see this on an air purifier, seeing as essential oils can often give off VOCs: a form of air pollution.

While we haven’t tested the Homedics essential oils, we’d generally recommend tracking down the source of any bad smells rather than covering them up with fragrance, and getting an air purifier with an activated carbon filter (the Homedics models have these, luckily).

If you’re short on space, you’ll need your air purifier to really earn the space it takes up. Check out our air purifier reviews to find out which deserve a place in your home.

Should I open or close my window in summer? 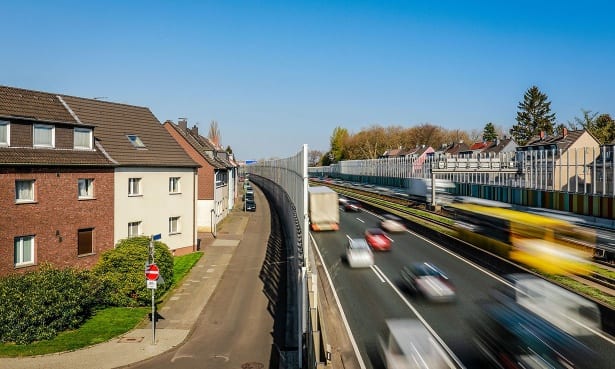 It’s nice to have your windows open on hot days and sensible to keep your home ventilated to disperse indoor pollutants. But be strategic about which windows you open and when.

Open a window and use an extractor fan when cooking. And open a window if you’re decorating and breathing in paint and solvent smells.

If you live somewhere with clean air outside, keeping your window open for longer will be a good idea. It will help with air circulation and air change.

But if you have high pollution outside (you live on a busy road where there is lots of traffic, say), avoid leaving your windows open for long periods.

And if you suffer from hay fever, try to keep your windows closed in the morning and evening when the pollen count is highest.

Will an air purifier still work when the window is open?

Air purifiers are more efficient when windows are shut, as they can remove the particles in the room and then stop working. By keeping a window open, you’re introducing more particles into the room and making it work harder.

If you really need to keep your windows open while your air purifier is running, make sure you’ve got a really good air purifier, as this will be better able to tackle the increased number of particles coming in.

We test air purifiers in a sealed test chamber. But even in those conditions we find big differences between the air purifiers we test, with some trapping more than 90% of the dust, pollen and smoke mixture we pump into the room, and some lagging far behind.

What can I do to avoid outdoor air pollution?

Needless to say, you won’t be able to avoid it entirely, but you can take steps to reduce your exposure to it.