If you suffer from hay fever each summer or you have allergic asthma, an air purifier could help create a more comfortable home environment for you.

Outdoor air pollution levels may have dropped during the pandemic, but a study commissioned last year for environment charity Global Action Plan found that air pollution indoors can be three times worse than the usual conditions outdoors. Plus we’re right in the middle of peak hay fever season.

Air purifiers aren’t perfect – they’re fairly expensive machines, and there are many forms of air pollution that they can’t be proven to tackle. But good air purifiers can trap pollen and common household airborne particles.

Read on to find out about the latest air purifiers we’ve tested, and how best to use your air purifier to help with allergies.

Or jump straight to our round-up of the best air purifiers Which? has tested. 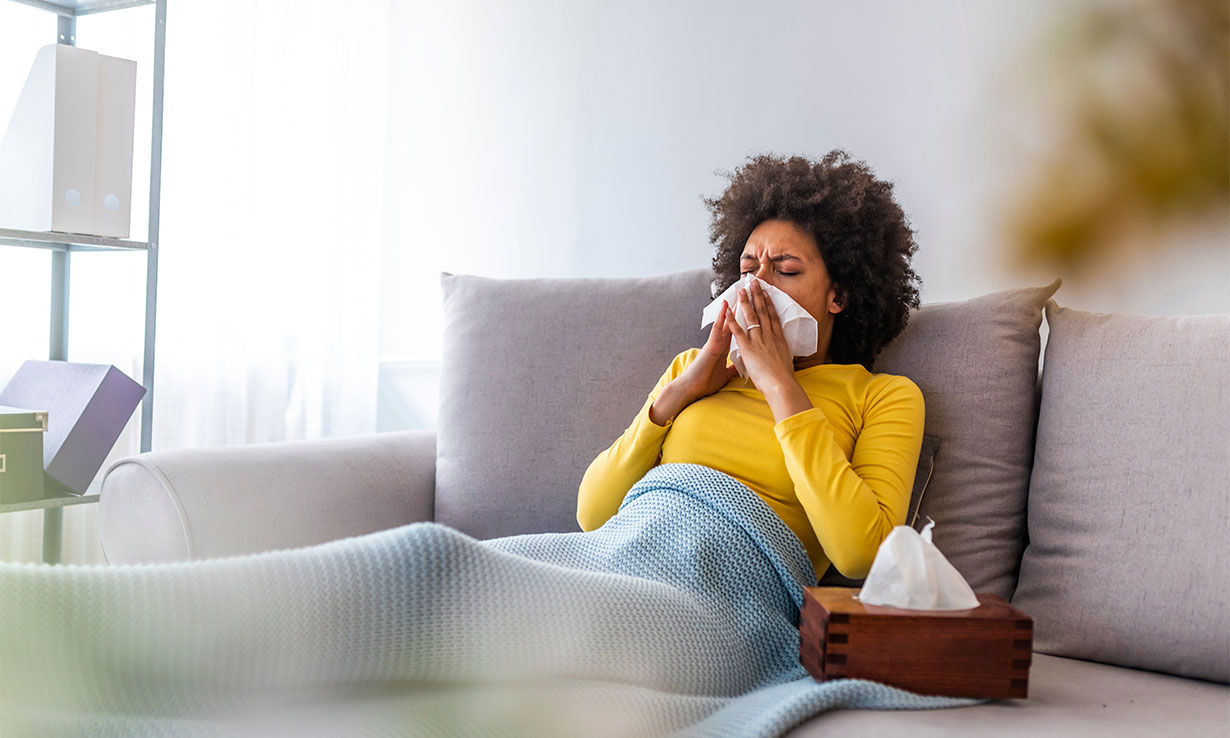 Air purifiers for hay fever, asthma and other respiratory conditions

Which? members have told us anecdotally that having an air purifier in their bedrooms has reduced their hay fever symptoms significantly, and that they have less of a ‘stuffy’ feeling when they wake up.

Zak Bond, Air Quality Policy Officer at the British Lung Foundation, says: ‘There’s never been a more important time for all of us to think about the quality of the air we’re breathing within our own homes.

‘For the 12 million people in the UK living with respiratory condition, such as asthma or chronic obstructive pulmonary disease (COPD), it’s particularly important to minimise exposure to indoor pollutants, which can cause a flare up of their symptoms’.

The British Lung Foundation also said that ‘air purifiers have been found to reduce background concentrations of particulate matter which can trigger symptoms’. 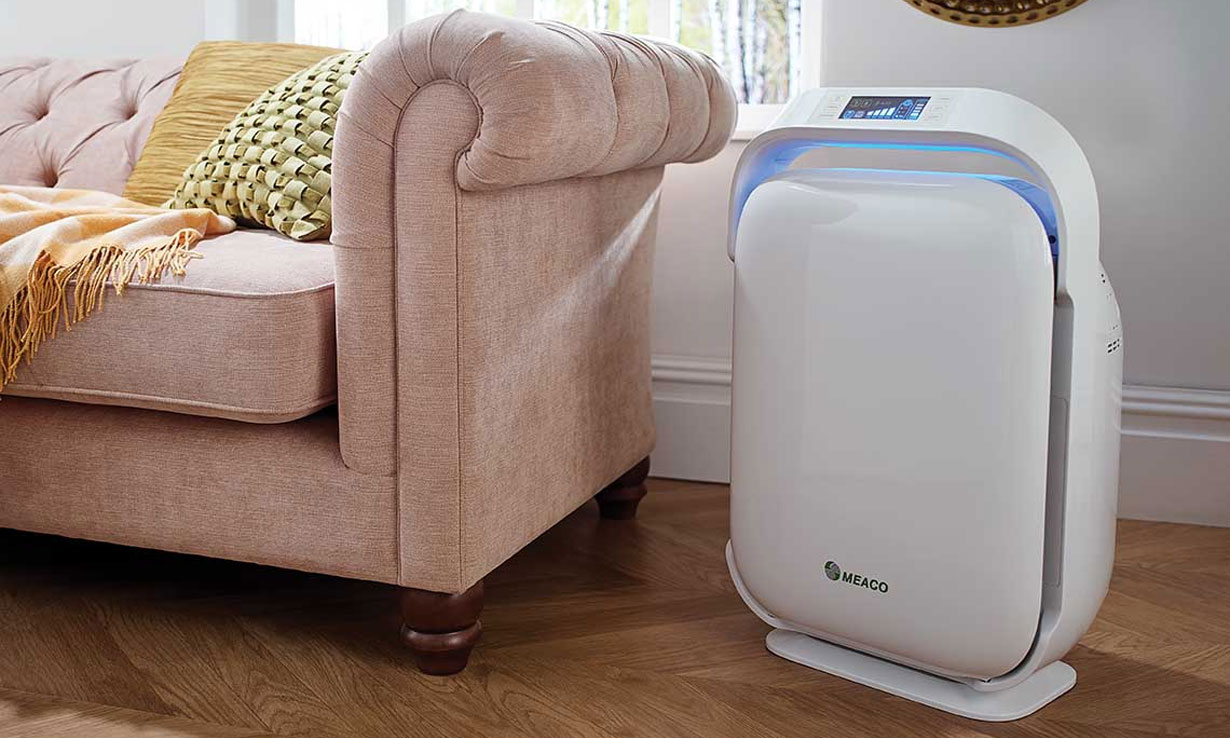 The Meaco MeacoClean CA-HEPA 119×5 (£380) has a HEPA (High Efficiency Particulate Air) filter, a charcoal filter for gases and odours, a combined Ultraviolet Light and Photocatalytic Titanium Dioxide system for tackling viruses and bacteria, and an ioniser for neutralising dust particles.

It has three fan speeds – low, medium and high – plus an auto mode for detecting air pollution and prompting the machine to spring into action when pollution levels rise. There’s also a sleep mode which reduces the fan speed and turns off the lights so you can have a peaceful night’s sleep.

It also has a light under its handle which glows in different colours according to pollution levels in the room.

Find out whether it’s a good air purifier overall by reading our review of the Meaco MeacoClean CA-HEPA 119×5. 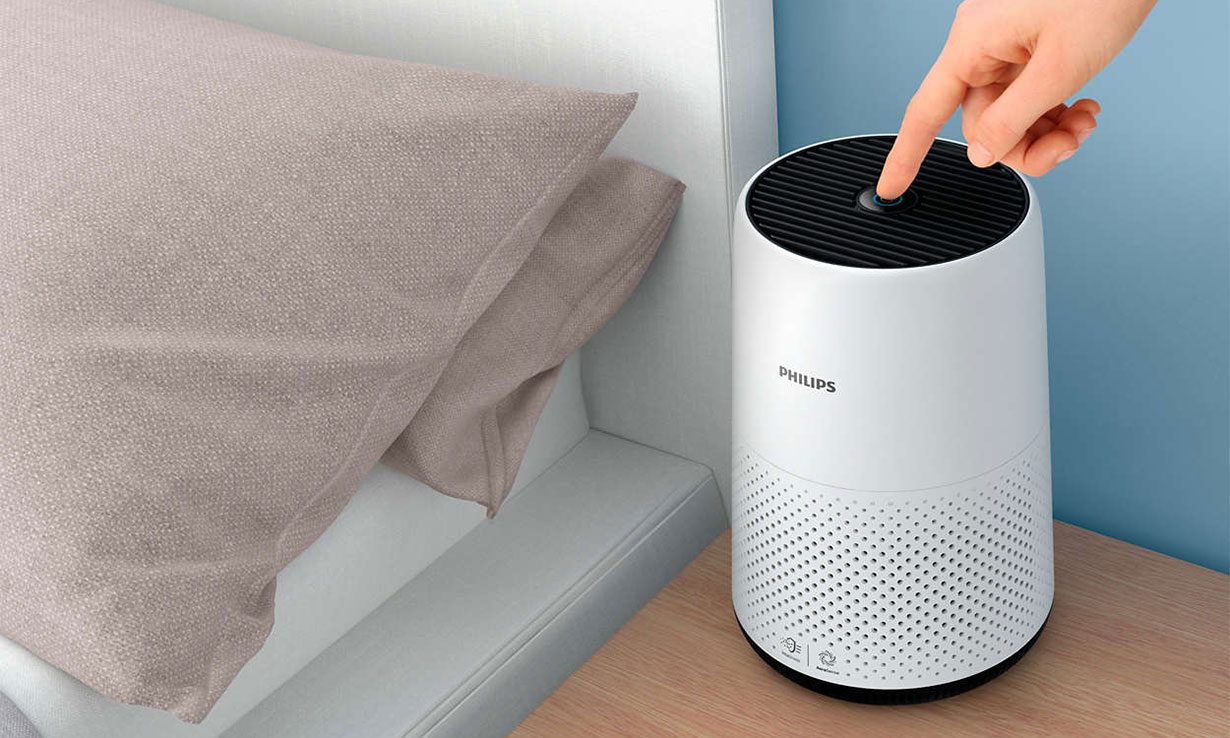 In the past, air purifiers have tended to look like boring white boxes, but they’re getting better looking. This Philips is prettier than many air purifiers we’ve tested, and it’s a dinky little model too: 37cm tall, with a 25cm diameter. It’s lightweight at 2.5kg – some weigh more than 11kg.

So it could be a great choice if you have a tiny home and don’t want a big air purifier taking up precious space.

It has three fan settings, including an auto mode and a sleep mode, and an LED indicator that changes colour according to the air quality in the room. Its filter isn’t a HEPA filter. 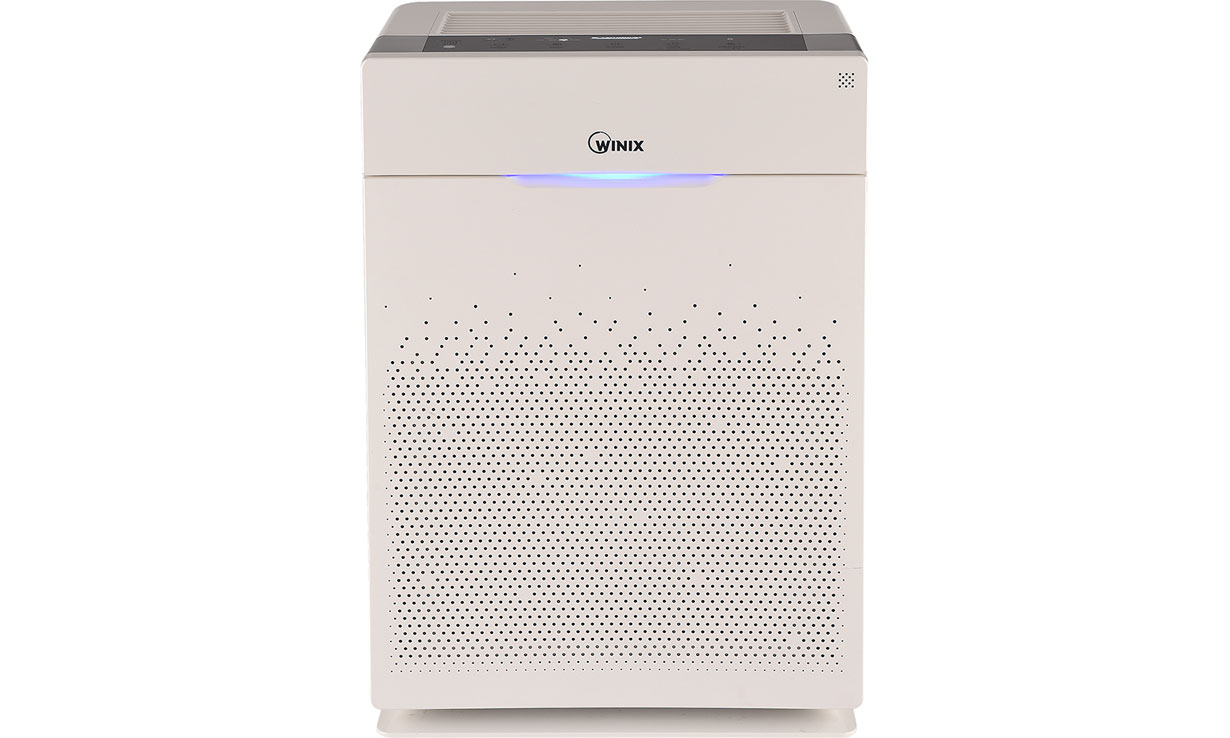 The Winix has a pre-filter, HEPA filter, carbon filter and what it calls Plasmawave technology – designed to neutralise viruses and gases without emitting ozone.

It too has several fan speeds, a turbo mode and an auto mode. In fact, the only model on test this time which didn’t have an auto mode is the Beurer LR200 (£103, pictured below). 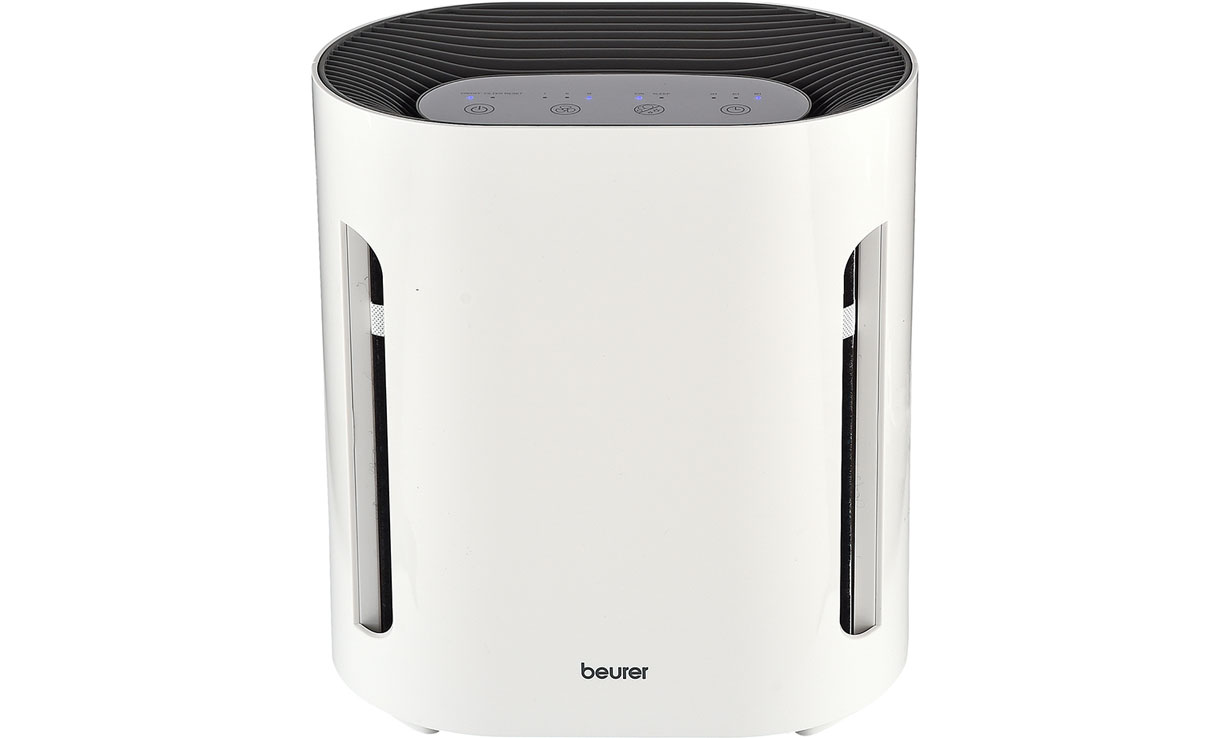 Three of the air purifiers in our latest group test are Which? Best Buys, trapping plenty of particles quickly in our tests.

The other two were less good: one was good for smoke particles, but struggled with dust and pollen, and the other was great for pollen, but didn’t especially impress us when it tried to tackle smoke and dust.

To find out how each one fared, read our full reviews:

Air purifier vs dehumidifier for allergies

Sometimes people wonder whether an air purifier or dehumidifier would be best for combating allergies.

Air purifiers and dehumidifiers have different functions, but both can help with allergies.

By drawing excess moisture from the air, dehumidifiers keep indoor damp – which mould and dust mites adore – in check.

If there’s an unpleasant musty smell or a humid, sticky feeling in your home, if you’re noticing mould and mildew, if your windows often have condensation, if the wood in your home is soft to touch, or if you’ve had a flood, it’s a dehumidifier that you’ll need. 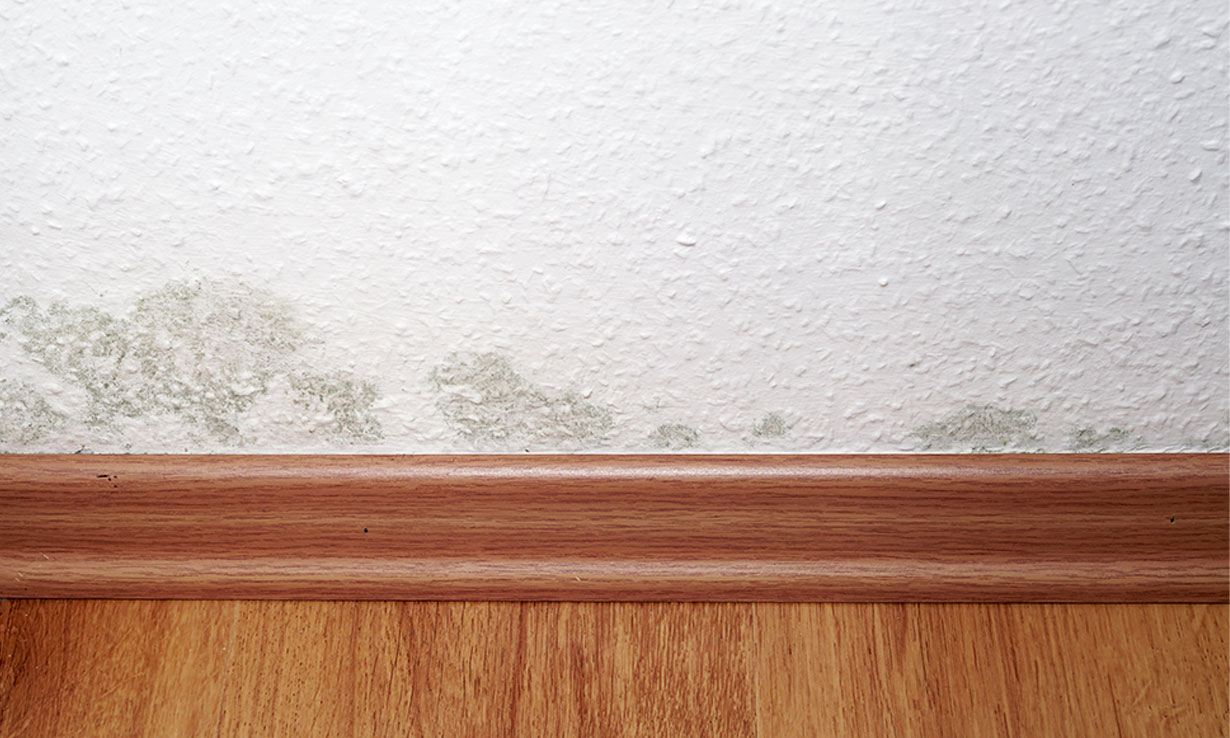 If you suffer from allergies, then running an air purifier and dehumidifier at the same time could be a good idea, to give yourself extra protection. But don’t run them both in the same room at the same time.

For your dehumidifier to do its best job, place it somewhere central in your home, keeping internal doors open so air can move freely around it. This way, the dehumidifier will capture moisture from a range of sources across your home, such as cooking, boiling a kettle, showering and drying clothes.

An air purifier, by contrast, should be used in one room at a time. The more times the air in the room passes over the filter, the cleaner the air will get. So, if you put it somewhere central in the home, and left your internal doors open, none of the rooms would be particularly clean.

You should close the door and windows of the room that the air purifier is in, so that the air can be cleaned more intensely, without more allergens coming in. 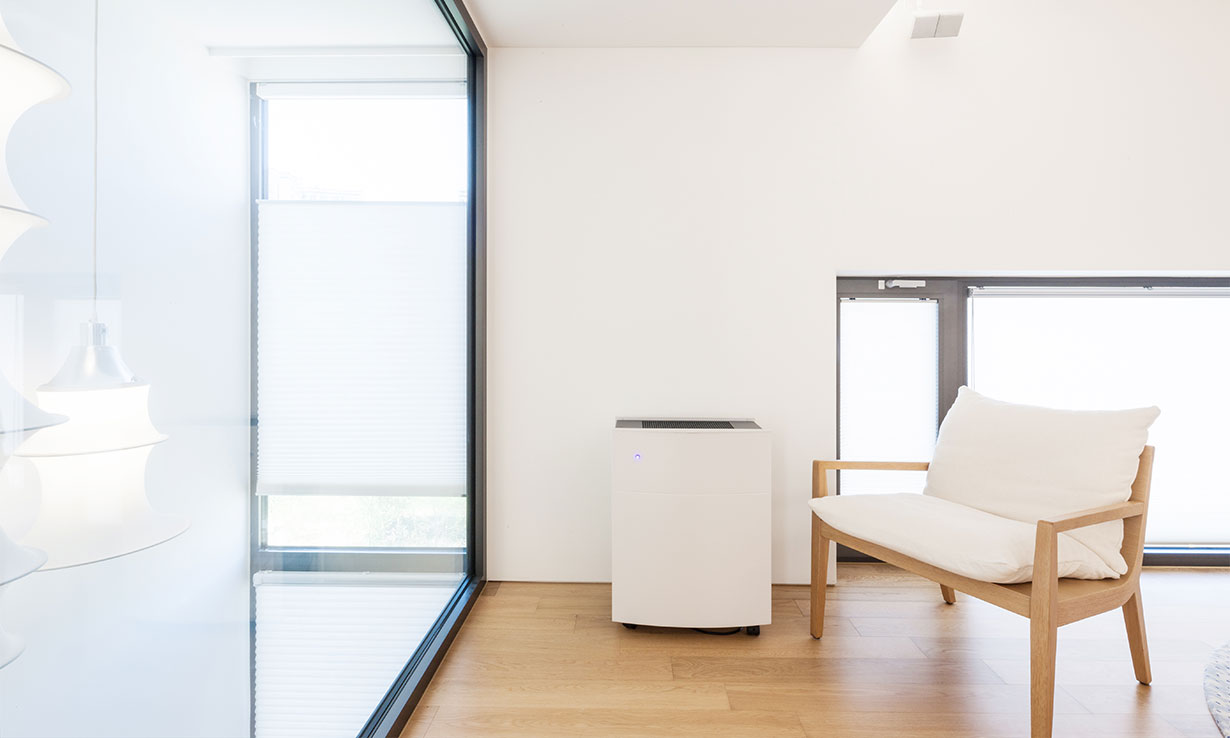 You could place your air purifier in your bedroom, for example, and have it running across the day. Then at night you could switch it to its lowest setting, so that you can breathe clean air while you sleep.

Some dehumidifiers have HEPA filters. For example, the Meaco 20L Low Energy (£230) has a HEPA filter which can clean the air either while it dehumidifies or in air purifier mode. Meaco says this won’t be as effective as a dedicated air purifier, but it could be a nice extra.

See our round-up of Best Buy dehumidifiers to find out which impressed us the most.