You may be encountering less outdoor air pollution these days if you’re spending more time at home or not commuting into work. But air pollution inside can be three times worse than outside, according to a study commissioned last year for environment charity Global Action Plan.

Pollution from household activities, combined with outdoor pollution that’s travelled inside, can build-up inside your home – where it takes much longer to disperse than outdoors.

Air purifiers aren’t a perfect solution. There are many forms of air pollution that they can’t be proven to tackle. And we all still need to resist the temptation to indulge in behaviours that increase pollution, such as always keeping windows closed and lighting scented candles.

Read on to find out how much you’d normally have to pay for a Best Buy air purifier and arm yourself with all the information you need to shop for an air purifier in the Black Friday sales.

Google ‘Black Friday deals on air purifiers’ and plenty of results will come up. But we haven’t seen that many truly impressive deals, and we’ll only recommend those that we really think are worth you considering. 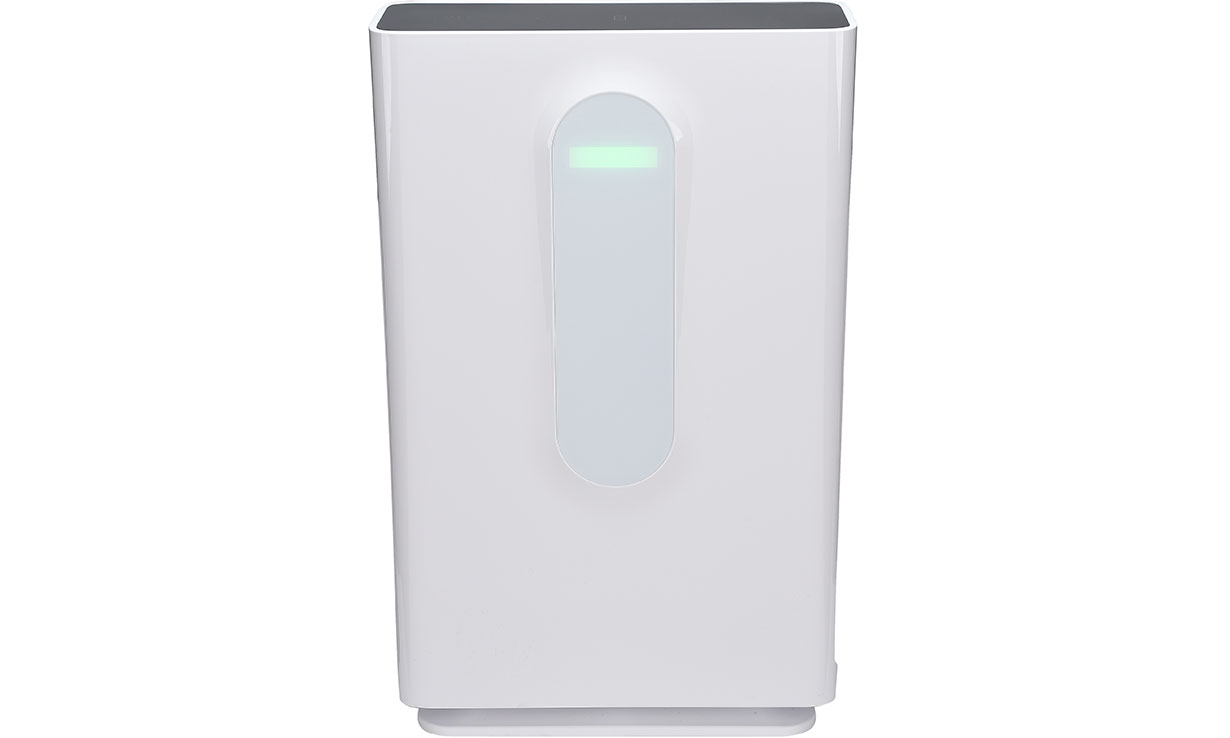 We liked: how quietly it works on its lowest setting – which is handy if you’re currently working from home

We didn’t like: how loud it is on its highest setting

This is a relatively cheap air purifier, now reduced a bit further for Black Friday.

Despite being one of the cheaper ones, it has a good set of features. This includes four fan speeds, a timer that you can set in one-hour increments up to 12 hours, a night mode which dims the light and reduces the fan speed so that you can get a peaceful night’s shut-eye, and an LED indicator on the machine which changes colour to indicate the quality of the air in the room.

It has seven stages of purification, including a pre-filter (designed to trap larger particles) and a combined HEPA (High Efficiency Particulate Air) filter and activated filter (for odours and gases).

Read our full review of the Electriq EAP500HC or buy it now from Appliances Direct. 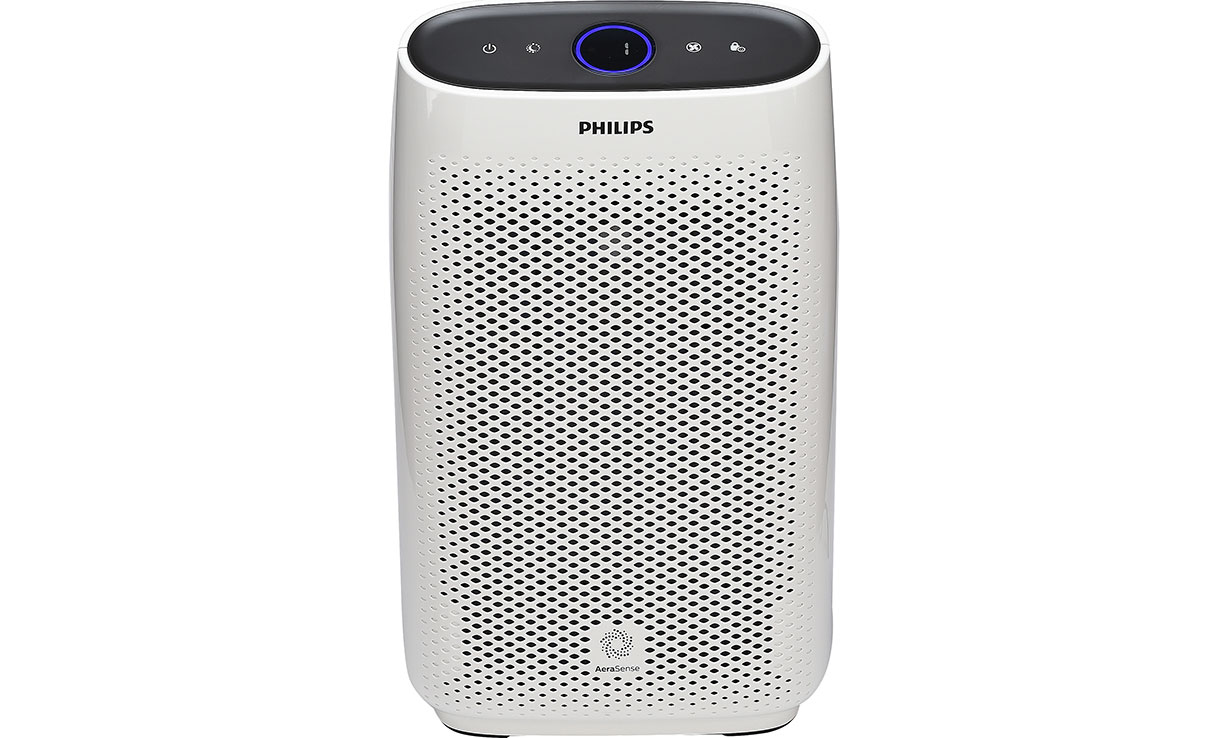 We liked: how energy-efficient it is

We didn’t like: how loud it is on its maximum setting

This feature-packed air purifier from Philips has gone up and down in price across the past six months, but we haven’t often seen it as cheap as this.

It’s wi-fi enabled, so you can control it through the Air Matters smartphone app (compatible with both Android and iOS). There’s also a dashboard on the machine itself showing indoor quality data, both in numerical format (on a scale of 1 to 12, one being most clean and 12 being most polluted) and in the form of a coloured ring.

And it has four speed settings, three types of automatic mode (whereby the air purifier springs into action when it detects pollution levels rising), a night mode, pre-filter, HEPA filter and carbon filter.

Read our full review of the Philips AC1214/10 or buy it now from Amazon or Argos. 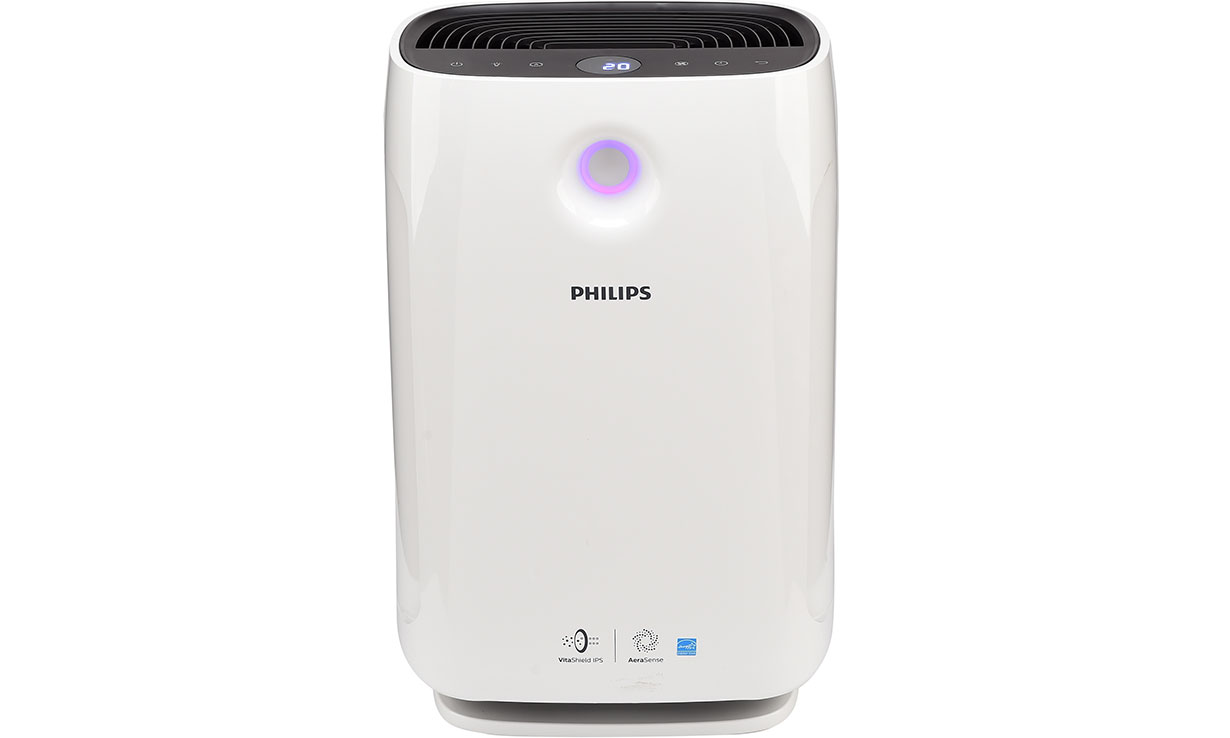 We liked: how little noise it makes on its minimum setting

We didn’t like: as with its bigger cousin above, getting the filters out and back in again is a bit fiddly

The Series 2000i is very similar to the 3000i above: it also has a pre-filter, HEPA filter and carbon filter, five speed settings, a night mode, a timer, an air quality sensor, a digital display with live feedback and smart connectivity.

It’s currently reduced to £300 on Amazon and at John Lewis.

Read our full review of the Philips AC2889/60 or buy it now from Amazon or John Lewis. 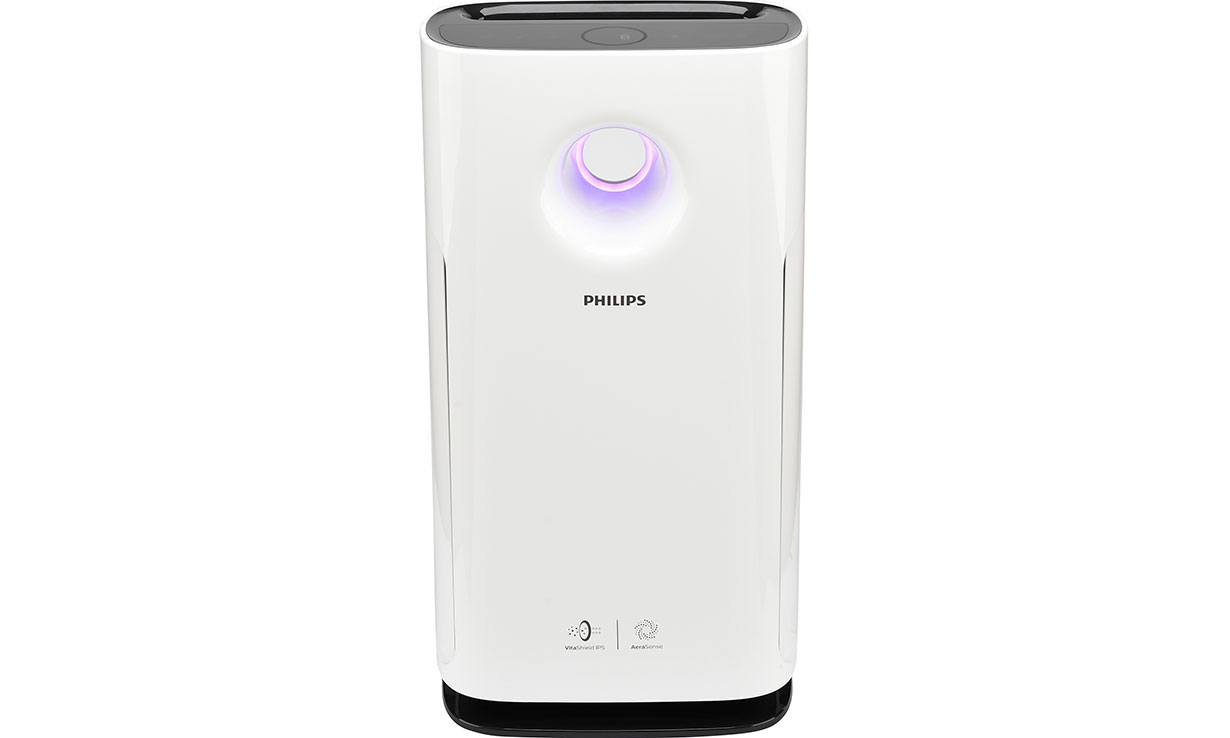 We liked: how quietly it runs when set to minimum

We didn’t like: removing and replacing the filters is a tad tricky

This Philips is a large air purifier with plenty of features, including three levels of filtration: a pre-filter, HEPA filter and a carbon filter. It has five speed settings, a night mode designed to quieten the machine so you can get a peaceful night’s sleep and a timer (which can be set in one-hour stages up to 12 hours).

It also has an air quality sensor which collects data about the air quality in the room and displays it in real time, in the form of a coloured ring.

Plus you can control the machine through an app on your smartphone if you want to, or through Alexa voice control.

Read our full review of the Philips AC3259/60 or buy it now from Amazon or Currys.

(A recent Which? investigation into Currys PC World suggests the firm has an issue with how it handles complaints about faulty products. So do consider this before making a purchase.)

As you’ll see, some of these are still not super-cheap. But, if you were after a sophisticated model, these discounts might make it possible for you to buy one. If these are still beyond your budget, there are some good and even Best Buy air purifiers (more basic but still fundamentally good at their core job of air purifying) which are cheaper full price than these ones are on sale.

Head to our air purifier reviews to find out which ones we’re talking about.

How much would you need to pay for one of the best air purifiers? 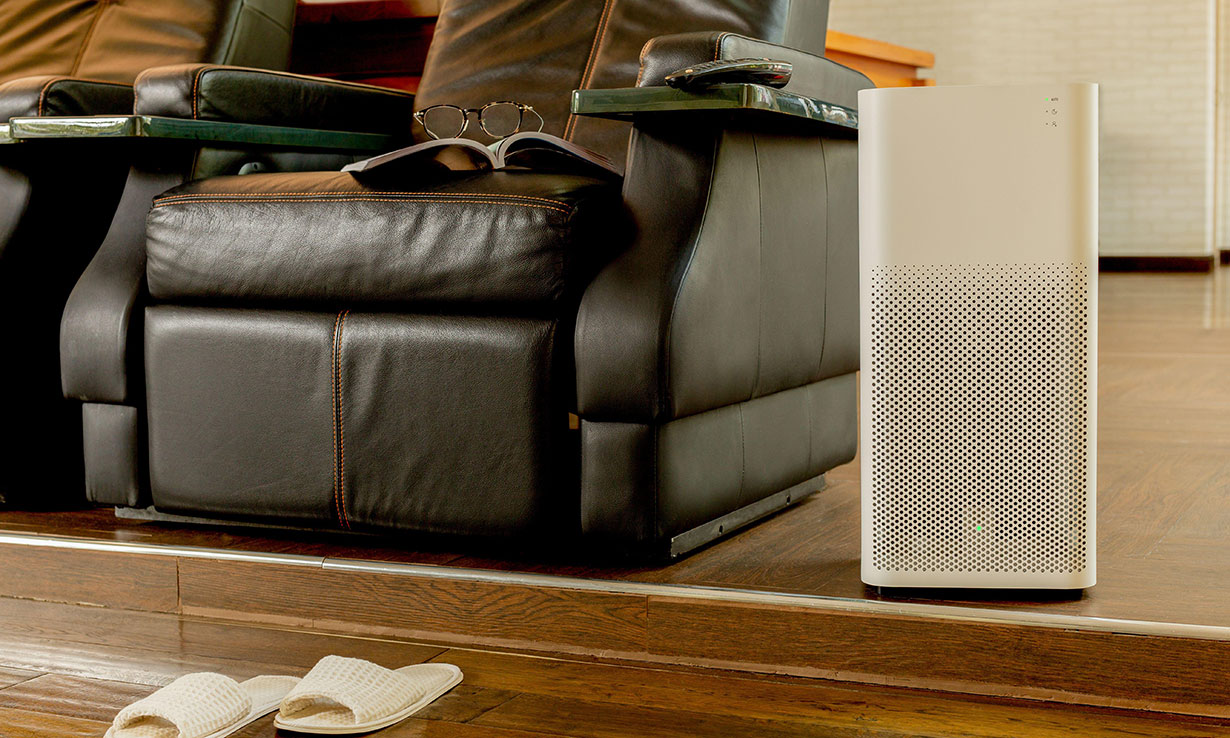 Air purifiers range in cost enormously – starting at about £60 and going up to more than ten times that.

Sadly, as proven by our lab tests, the cheapest air purifiers don’t tend to do a great job of trapping polluting particles.

Sometimes that’s because they’re smaller, and can’t be that effective due to the technology involved. If an air purifier is too small, the fan inside it will be less powerful when it comes to drawing air in and moving air around the room. So the air that needs cleaning is less likely to pass through the machine.

However, that’s just one of several reasons why an air purifier can be bad, and there’s no universal correlation between price and performance. One of the models we’ve made a Don’t Buy is being sold for £320 at the time of writing, which is mid-priced for an air purifier.

The graph below shows the number of Best Buy air purifiers we have at different price points – these are typical (non-sale) prices. As you can see, not all of the Best Buys are super-expensive. In other words, paying more for an air purifier doesn’t necessarily mean it will be better. 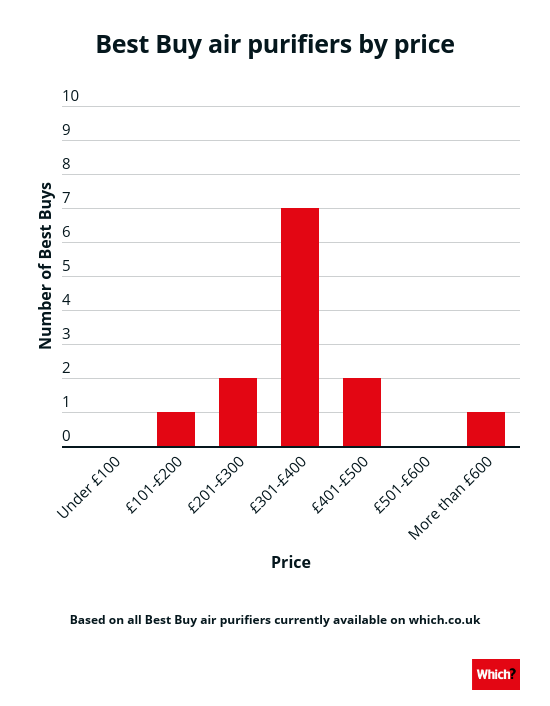 Below, we show you the spread of what you would pay for a Don’t Buy air purifier. No model costing more than £400 is a Don’t Buy at the moment (thankfully).

But unless you read our air purifier reviews, you might still waste a lot of money on an air purifier that won’t significantly improve the quality of the air in your home. 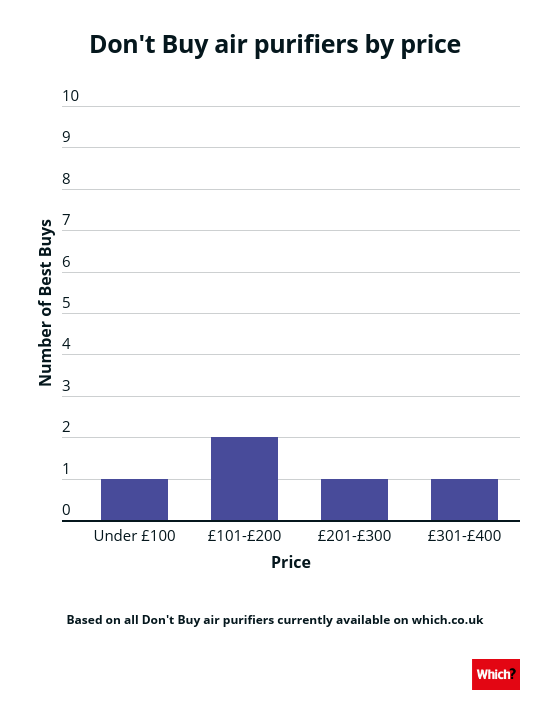 What to look for when buying an air purifier

A HEPA (High Efficiency Particulate Air) filter is a type of air filter that uses a combination of trapping mechanisms. EU standards state that, to use the term HEPA, a filter must remove at least 99.95% of tiny particles with a 0.3 μm (micron) in diameter.

Keep an eye out for filters with marketing names such as HEPA-type, HEPA-style and so forth. As they might not conform to the same criteria.

A HEPA filter makes it more likely that an air purifier will be good. While we’ve reviewed most of the air purifiers on the market, if you’re buying one that we haven’t reviewed, buy one with a HEPA filter.

A HEPA filter won’t tackle odours or gases either – more on that below.

You’ll also need to clean and replace any filters periodically. A clogged-up filter won’t do much to filter out particles. So when you’re buying an air purifier, do check if replacement filters are easily available.

For unpleasant smells and gases, including VOCs (Volatile Organic Compounds) from common household products such as cleaning products, you’ll need a carbon filter. This is also sometimes called an activated carbon filter or a charcoal filter.

Increasingly, most air purifiers come with a carbon filter. But don’t solely rely on it: instead, ventilate your home regularly. Use our guide on improving pollution in the home to find out what else you can do to improve your indoor air quality.

Many air purifiers come with a timer, which you can use to set your air purifier to turn on or off after a set number of hours. That could come in handy if you routinely turn it on or off at the same times each day.

You will also come across night mode – this will lower the fan speed and dim any lights when you’re trying to sleep. If you’re not planning to run your air purifier in your bedroom overnight, you might not be too worried about this.

If you do, though (let’s say you have allergies that interfere with your sleep at night), then you can use our air purifier reviews to find out which ones are genuinely quiet and discreet on their lowest or night-time setting, versus which ones aren’t.

Most models will have at least three fan speeds, allowing you to whack up the speed when you’ve just created pollution, and lower it again when you want some peace and quiet. Some will come with a much larger number of speed settings though – which is a nice bonus, but not an essential.

Many air purifiers have an auto mode, meaning they’ll detect the level of pollution in the air and spring into action when they need to, without you having to manually adjust the settings. That’s a useful feature to have, as it saves you having to keep thinking about it yourself.

Some of these also report on the pollution they’ve detected, either sending the information to an app on your smartphone or displaying it on a screen on the machine itself. 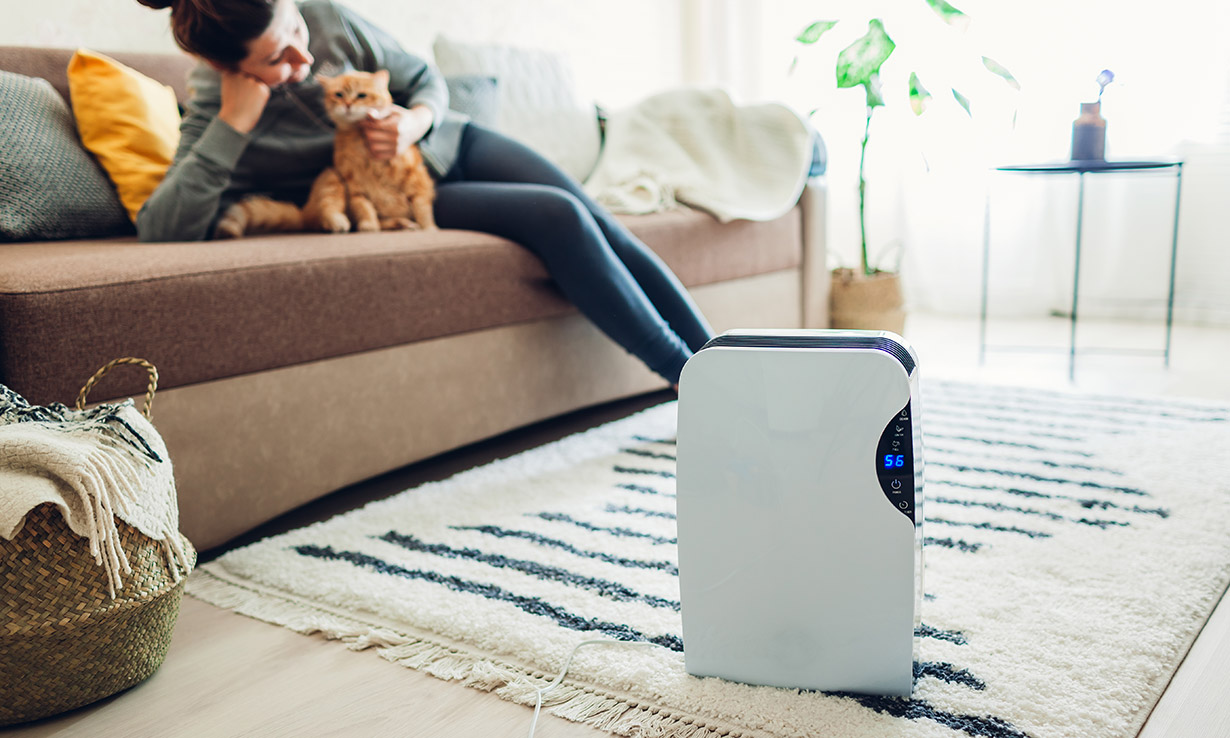 Only the very best models on the market, as proven by our independent lab tests, earn our Best Buy recommendation.

Our tests measure the clean air delivery rate (CADR) of each machine: how quickly an air purifier can trap dust, pollen and smoke particles from the air.

We use CADR to compare between air purifiers because it is an internationally recognised test standard. Dust, pollen and smoke are common household allergens and represent a range of particle sizes.

We can also tell you for each air purifier:

We’ve reviewed more than 40 air purifiers. To find out which ones are Best Buys and Don’t Buys, head to our air purifier reviews. 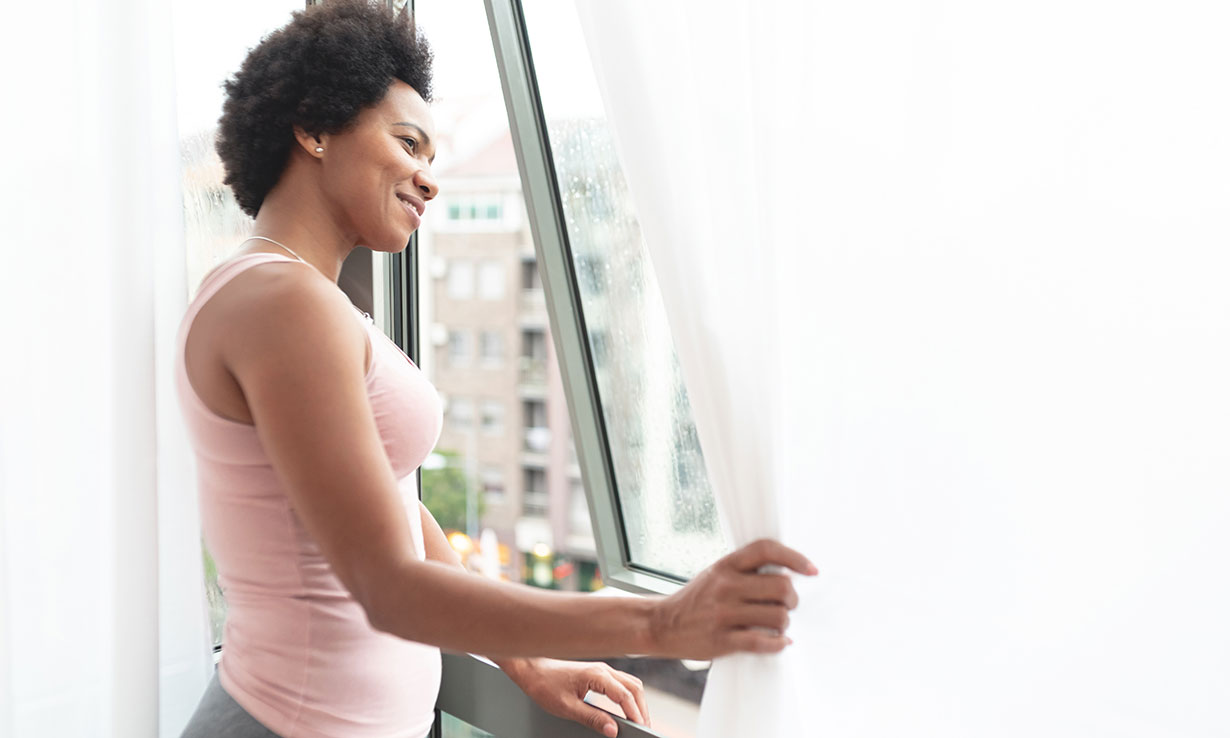 (This story was originally published on 19 November 2020. We’ll be updating it as we spot new deals on air purifiers that you should know about.)