In the blue corner, we have OLED, the TV screen technology backed by LG, Sony and Panasonic, and claimed to give the best possible picture quality. In the red corner, we have QLED, Samsung’s suspiciously similar-sounding response.

Despite the names, they’re distinctly different technologies. But they’ve got a couple things in common. Both are claimed to land the knockout blow when it comes to picture quality. And their sets are priced as such, although costs could come down by as much as 50% over the course of the year.

Ignore the marketing jargon – here, we tell you what these terms actually mean, and which type performs best in our TV test lab.

TV reviews – read all our expert reviews of the latest TVs

What is OLED TV?

OLED is the screen technology found on LG’s top-of-the-range TVs over the past few years. More recent converts to the technology include Sony, Panasonic and Philips.

OLED TVs get their name from the organic LED cells behind the screen, which produce their own light source. This differs from more common LED-backlit LCD displays, which you’ll find on most modern flatscreen TVs.

These individual light sources mean the OLED TV ‘turns off’ areas of the screen to give supposedly unrivalled levels of black. They also have a great reputation for handling on-screen motion, and having wide viewing angles.

Head over to our expert OLED TV guide for all you need to know about this screen technology, and which OLED TVs we recommend to buy.

LG has made several attempts at getting the best possible picture from its OLED TVs. One of 2017’s offerings, the OLEDB7V, is a 55-inch set with a 4K Ultra HD screen. It has Freeview Play, the system that combines catch-up TV with the electronic programme guide.

Are LG’s OLED sets better than ever? Find out in our expert OLEDB7V review. 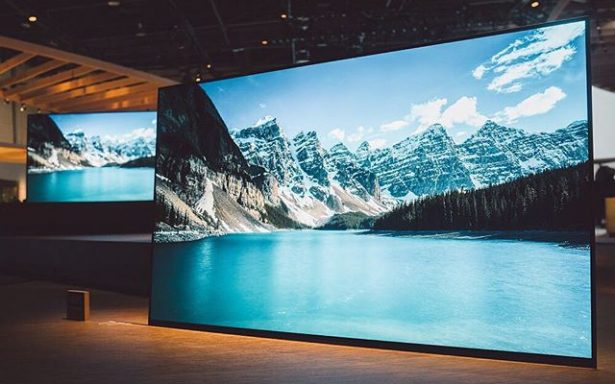 Arguably the best-looking TV of the year, Sony’s new OLED set is truly unique. The kick-stand-style design and innovative sound technology caused quite a stir when the set was announced at the Consumer Electronics Show earlier this year.

Is the KD55A1BU just style over substance? Read our independent KD55A1BU review to find out.

Philips has spent some time in the TV abyss, becoming better known in the UK for its budget sets, which have often prioritised price over quality. But with the 55POS901F OLED TV, the brand is back with a vengeance.

See if it did enough to impress our experts in our 55POS901F review. 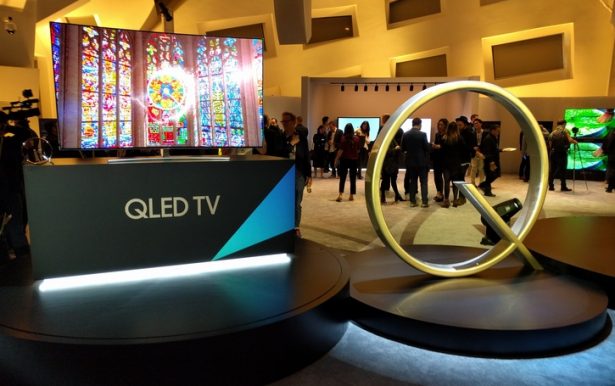 What is QLED TV?

QLED is a new branding for high-end Samsung TVs this year. The ‘Q’ stands for quantum dot, the screen technology found on top-of-the-range Samsung sets since 2015. Arguably piggybacking on the reputation of OLED, it seems to be no coincidence that, at a glance, the two technologies may seem similar.

But don’t be fooled. Unlike OLED TVs, Samsung’s QLED sets require a backlight. This light hits a layer of quantum dots, producing the colours you see on screen.

While the backlight means light can spill into darker areas of the picture, resulting in washed-out blacks, quantum-dot TVs can be brighter than their OLED rivals, with vibrant, punchy colours.

Take a look at our expert QLED TV guide for all you need to know about this screen technology, and a round-up of all the latest QLED TVs on test. 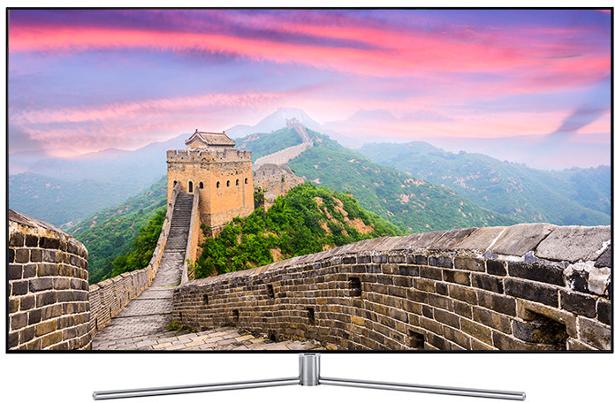 We’ve put the 49 (£2,000), 55 (£2,300) and 65-inch (£3,100) versions of the new Samsung Q7F through our rigorous lab tests. These QLED TVs not only promise vibrant, vivid pictures, but also what Samsung calls ‘Q-style’. This essentially means a high-end finish, including a brushed-metal body and a near bezel-less display.

This year, Samsung has made a few tweaks to it’s Tizen smart-TV platform, most noticeably in the set-up process, which should help you get up and running more quickly. A big change also comes in the form of the remote. As well as improved voice control and search, Samsung’s new One Remote is essentially a fancy universal remote.

Read our QE49Q7F, QE55Q7F and QE65Q7F reviews to find out how they perform in our tests.