New Which? smoke alarm tests have revealed that an expensive, smart smoke alarm failed to detect smoke in two fire situations and has been named a Don’t Buy.

One sample of the Devolo Home Control Smoke Detector failed to detect smoke at all in a fast-flaming plastics-based fire. When it was then tested with smoke from a solvent-based fire, it again failed to detect any smoke and sound the alarm.

A second sample of this Devolo passed all of our fire tests but only just made it through the flaming plastics fire test, triggering at the very last permitted moment.

The results of our tests suggest that in certain fire scenarios, this alarm might not sound. That’s why we’ve made it a Which? Don’t Buy smoke alarm. 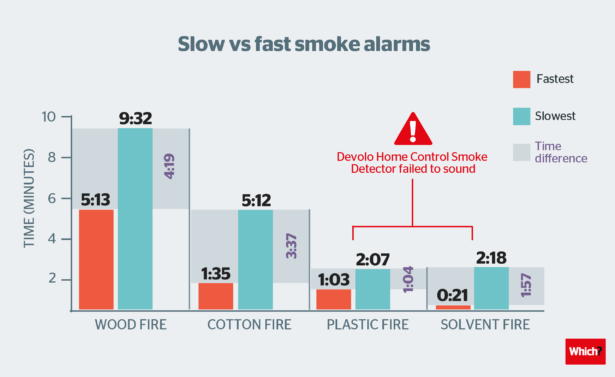 Across the four test fires that we use in Which? smoke alarm tests, we found a pattern of safe-seeming smoke alarms having wildly varying response times.

The fastest alarm to sound in our wood fire test, the Nest Protect Smoke 2nd Generation Smoke + CO Alarm, took five minutes and 13 seconds to sound. But the worst took more than four minutes longer to detect smoke and sound the alarm. And with our cotton fire test, the fastest alarm took just 95 seconds to sound with the slowest taking three-and-a-half minutes more to sense smoke in the air and trigger.

According to the official safety testing method – which measures the amount and thickness of smoke that is required to trigger the alarm – these products can all be classified as meeting the BS EN 14604 standard. 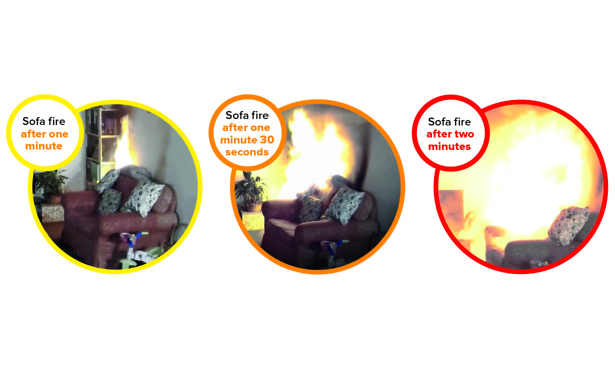 BSI – formerly the British Standards Institute – issues the smoke alarms test standard. We asked why this standard is so tolerant of tardy alarms. It told us: ‘The standard covers ionisation and optical alarms, and the test fires ensure that whichever type is used, the alarm provides adequate warning when there is a real fire.’

We don’t think this is good enough. Late-to-sound alarms could lead to unthinkable consequences. And as the images above show, finding out and getting out quickly matters when there’s a fire in your home.

There needs to be a stricter new standard that only rewards alarms that sound more quickly. We’ve raised our response-time concerns with BSI, which said that a new smoke alarms standard is being drafted. We’ll take a close look at it and make our feelings known if it doesn’t go far enough to protect people when there’s a fire in the home.

How often should you check a smoke alarm? 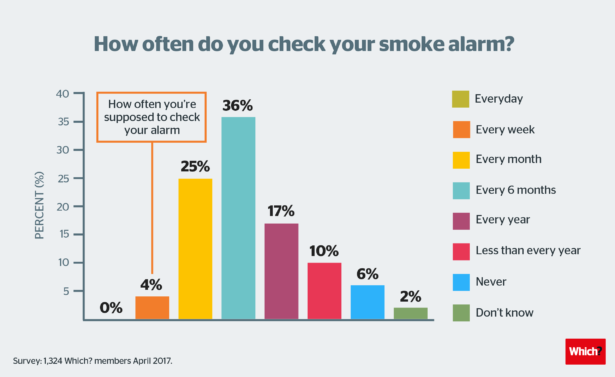 19 out of 20 Which? members have a smoke alarm fitted and eight out of ten have more than one in their homes. But fewer than one in twenty check their alarms regularly enough.

Let us know how regularly you check your smoke alarm by joining the Which? Conversation. 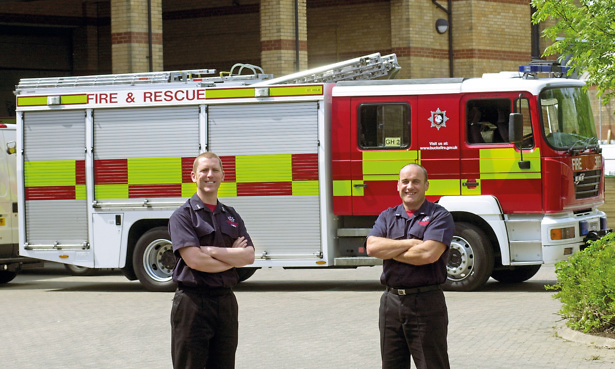 With products like this – where being in working order is absolutely critical but impossible to tell – running a check every week is the best way you can make sure your smoke alarm is primed and ready to let you know when there’s a fire. So add a reminder to your phone or calendar to make sure you do it.

How we test smoke alarms

Each smoke alarm tested by Which? is set the task of detecting smoke in four different test fires comprising wood, cotton, plastics and solvents. We measure the amount and thickness of the smoke when the alarm sounds and the time it takes for this to happen. And we also test each alarm in the presence of steam from a shower head and burning toast to make sure they don’t go off when you don’t need them to.

Only the quickest to sound smoke alarms become Which? Best Buys and alarms that fail to sound at all in any one of our tests, such as the Devolo Hoome Control Smoke Detector, will be Don’t Buy smoke alarms. 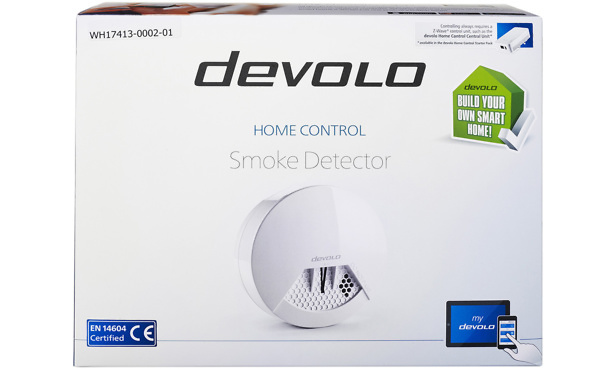 Devolo told us that safety is its number one concern and it aims to follow the highest international standards. It went on to say it’s concerned by our results and that the alarm has passed standard safety tests at two certified test labs.