Solar panel owners say that inverters cause the most problems for their solar panel systems, exclusive Which? research reveals.

Overall, just over a quarter (27%) of the thousands* of solar panel owners we spoke to said they have had a problem with their PV system. Of these, 36% said the problem was to do with their inverter.

The next most-common problems were loose or damaged roof or roof tiles and electrical problems.

Separately, 20% of all of our solar panel owners told us that they have had a problem getting their feed-in tariff paid. The feed-in tariff gives cash to households producing electricity using a renewable technology.

Keep reading to see other common solar panel problems and what to expect with your inverter. Or check our in-depth factory audit and customer ratings to reveal which solar panel brands are built to last.

Below, we list the most common issues experienced by solar panel owners who had problems with their system. 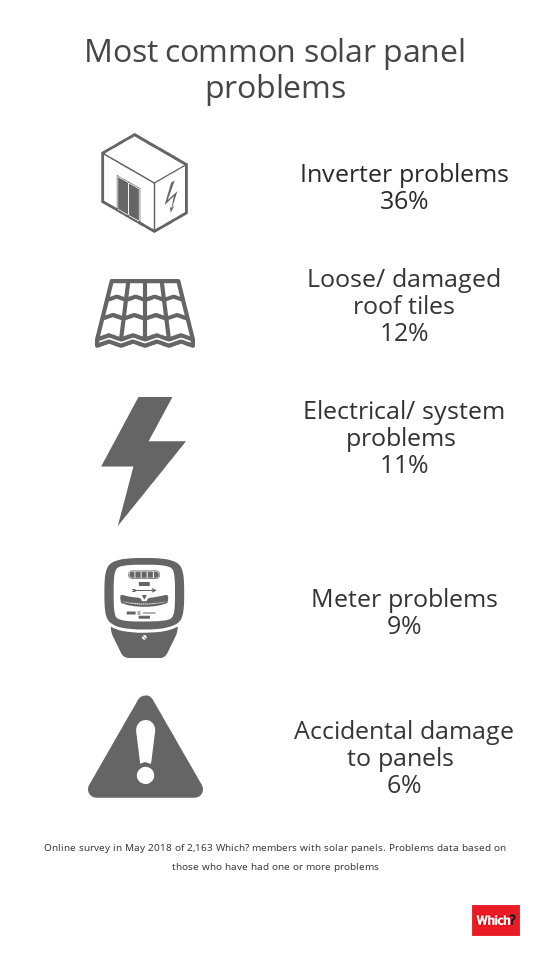 We reveal the best electric cars for 2018.

How long will your inverter last?

Solar PV systems are expected to last for at least 25 years, but during that time you should expect to replace the inverter. 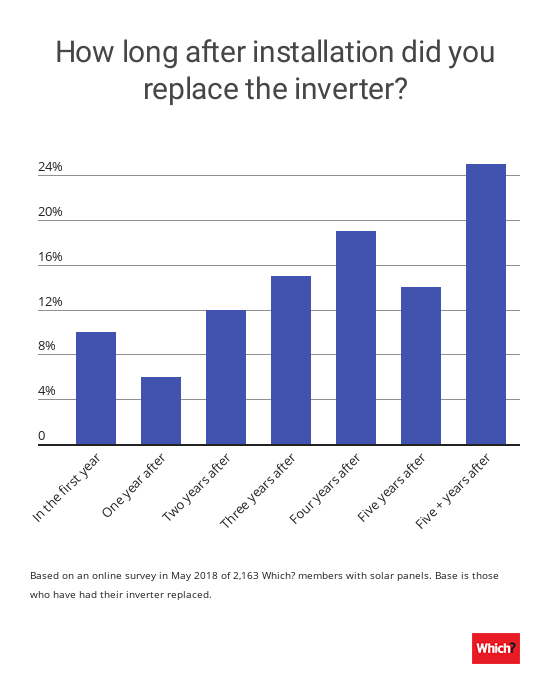 The vast majority (95%) of solar panel owners we surveyed get the feed-in tariff – a cash payment to households which produce electricity using renewable technologies.

A fifth (20%) of them have had a problem getting it paid. 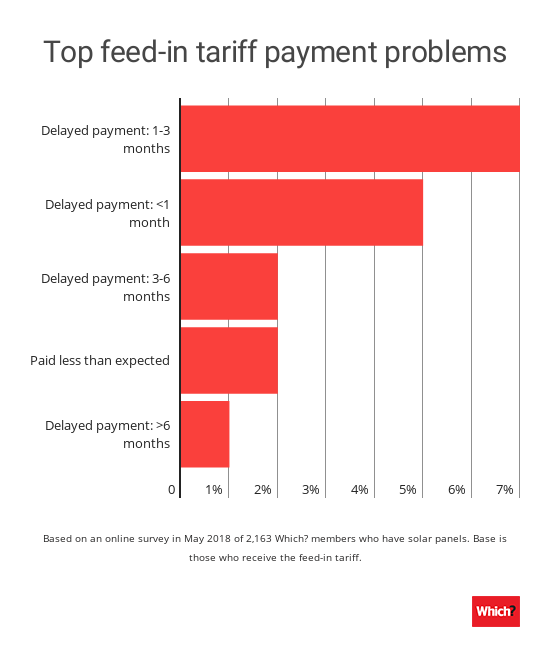 Find out how long companies take to pay the feed-in tariff.

However, the feed-in tariff will close to new applicants in April 2019. This means that, unless a new incentive is announced by the government, householders who install solar panels after this fate won’t be paid for the power they put into the grid.

If you’re having problems getting your feed-in tariff payments, contact the company that pays you. All companies should have a complaints process set out on their website. If you haven’t reached an agreement after eight weeks, or you’re unhappy with the company’s final response, you can refer it to the Energy Ombudsman.

Find out more in our guide to complaining about feed-in tariff payments. 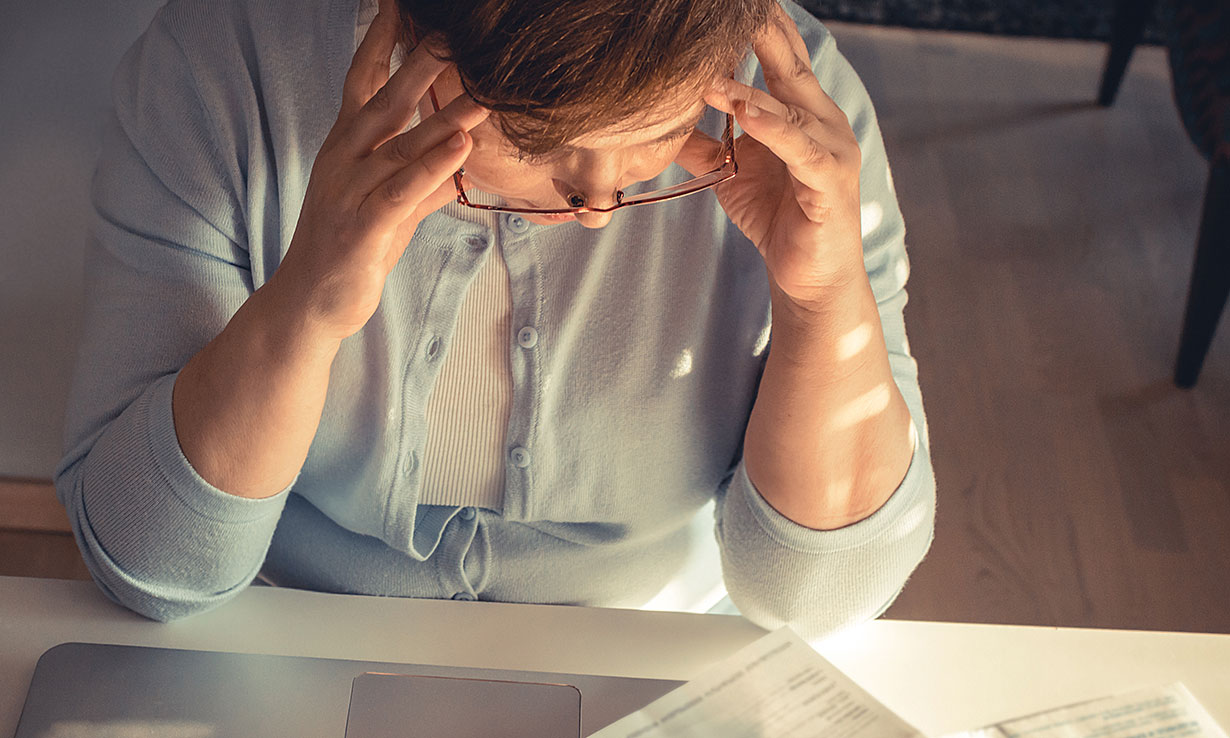 If you wish, you can change the energy company that pays your feed-in tariff; your payments will stay the same whoever pays them. It doesn’t need to be the same company from which you buy electricity, but it must be a feed-in tariff licensee.

See our full guidance on switching the energy supplier that pays your feed-in tariff.