Our latest batch of printers includes new cheap inkjet models by Epson under the Expression Home range. It’s another salvo fired between Epson, HP and Canon for the sub-£50 printer buyer.

While our testing has revealed some fantastic budget printers, we’ve also found a lot of poor models, too. And no brand guarantees quality at this end of the market.

Find out more about the capabilities of these new models, and click through to read our full in-depth reviews. 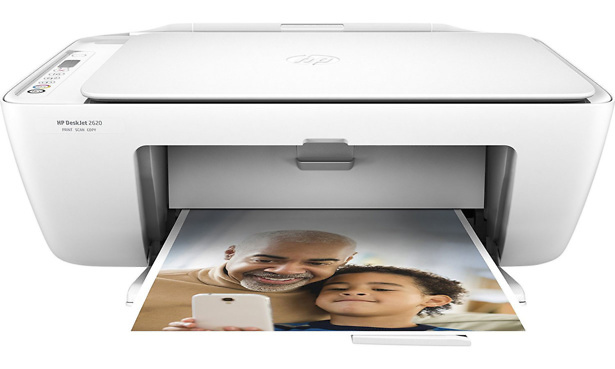 Despite its compact size, this all-in-one printer can copy and scan, as well as print. You can buy it for around £30, or it’s being bundled for free currently with some laptops at Currys PC World. Read our HP Deskjet 2620 review to see if it’s up to scratch.

You can also buy the same printer in other colours, including the Deskjet 2630 with a splash of dark blue, the 2632 in turquoise, the 2633 in red and the 2634 in purple (available at Argos). 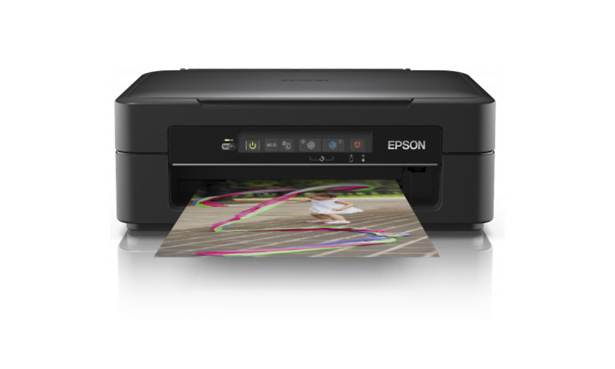 Also in the batch 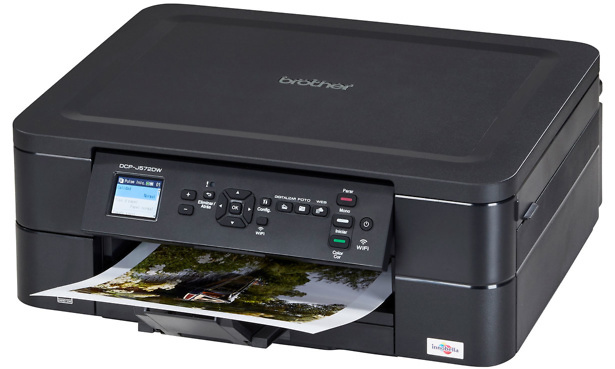 As well as printing, this Brother inkjet printer can copy and scan too. It has a large control panel on the front and a small screen. See if this inkjet printer makes the grade as a Best Buy in our Brother DCP-J572DW review.

Cheap printers from the biggest brands

As covered above, there aren’t many Best Buy or high-scoring printers for under £50, but there are a few absolute gems. These budget belters match top-quality features and functions, such as copying, scanning and wi-fi, with a knockdown price.

Epson’s biggest printer range falls under the Expression name, including the new Expression Home models that we have tested in our latest batch.

Canon has its Pixma printers, while HP offers the Envy ranges of budget inkjet all-in-one printers. HP also offers an extensive range of Deskjet printers, including the HP Deskjet 2620 above.

If you don’t want to spend a lot upfront on a new printer, there’s no shortage of choice among the big brands.

We currently have 40 printers in our extensive printer reviews priced at under £50: 13 from Epson, 14 from HP and 16 Canon Pixma models.

However, only four are Best Buys and two performed poorly enough to be Don’t Buys. 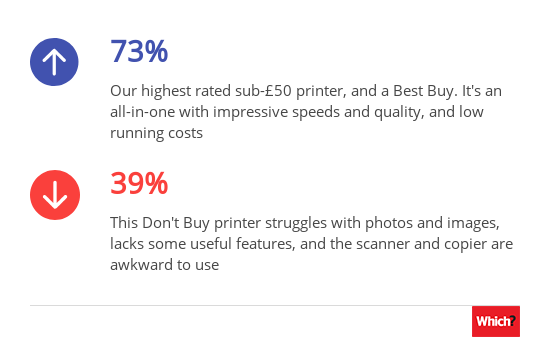 If you just want a basic printer to print boarding passes, webpages and the occasional photo, a sub-£50 printer can do the job if it’s a Best Buy or high-scorer. If you want a more fully featured office printer to do a wider range of tasks, it’s better to spend a bit extra.

Cheap printing is about more than just the upfront cost. Our multi-page guide on Best Cheap Printers also covers how expensive they are to run.