Boiler cover can set you back a couple of hundred pounds each year, but following our quick expert tips can cut the cost of your contract.

A boiler servicing contract costs between £225 and £250 per year, according to our latest research.

But we’ve found a few simple changes that can add up to savings of £150 or more per year.

Since the majority of people pay for boiler cover to give them peace of mind, saving money on your policy should help you feel all the calmer.

Plus our survey of 2,530 boiler cover customers* also revealed the best and worst boiler cover providers. So you can find a provider that won’t cost the earth, nor let you down if your boiler breaks in the middle of winter.

Read our guide to choosing boiler cover. Or keep reading for top Which? tips and tricks to save you cash on your cover.

Nearly eight in 10 (79%) people we surveyed with boiler cover simply renewed their policy with their provider when it expired.

So customers who switched saved up to £100, when compared with loyal customers. 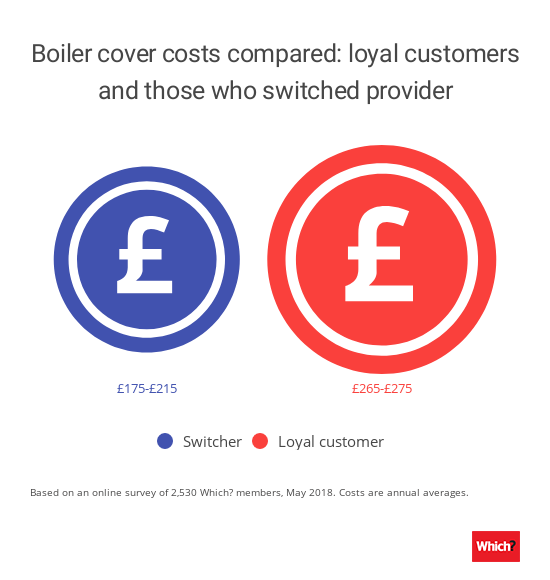 Boiler cover companies often give discounts for paying upfront, rather than in monthly or quarterly instalments.

Our exclusive research found it cost people around £105 more per year to pay monthly, rather than annually.

Those who paid upfront for a year spent between £175 and £185. Whereas those who spread the costs evenly over 12 months ended up paying between £290 and £300 in total. 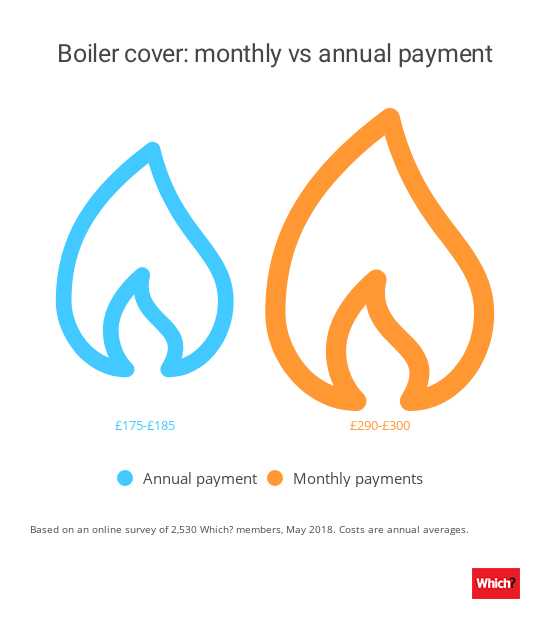 Saved money on boiler cover? Now read our 10 tips to save money on energy.

Some comprehensive boiler policies include extras such as electrical problems, pipes and drainage.

A basic boiler emergency policy (no annual service) costs around £110 per year on average. But we wouldn’t recommend you buy a policy without an annual service as it’s key to keeping your boiler in good health.

A full policy (including boiler repairs and servicing, repairs for central heating, plumbing, wiring, drains and waste pipes) costs between £330 and £365 per year. But you could save money by checking your policy doesn’t duplicate cover you already have as part of your home insurance policy.

When we checked 56 home insurance providers’ packages in July 2018, 46 of them included basic boiler emergency as standard. A further seven could add it as an optional extra.

If you find you’re doubling up, you could save around £100 per year. 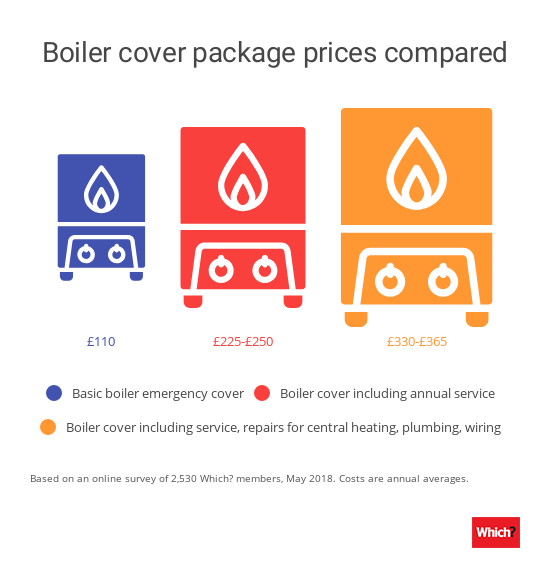 Do you need boiler cover?

Just 3% of people say they buy boiler cover because their boiler is unreliable or keeps breaking.

The likelihood of needing an expensive repair is low. You’ll need to pay for a repair around once every three and a half years on average if your boiler is less than six years old, according to our separate survey of over 12,000 boiler owners**.

So if you pay for an annual boiler service (costing £81 on average), and factor in the cost of paying for a repair every three and a half years, you’ll save around £227 over three years by not buying boiler cover.

Overall, boiler cover is financially worthwhile for just 4.5% of people. 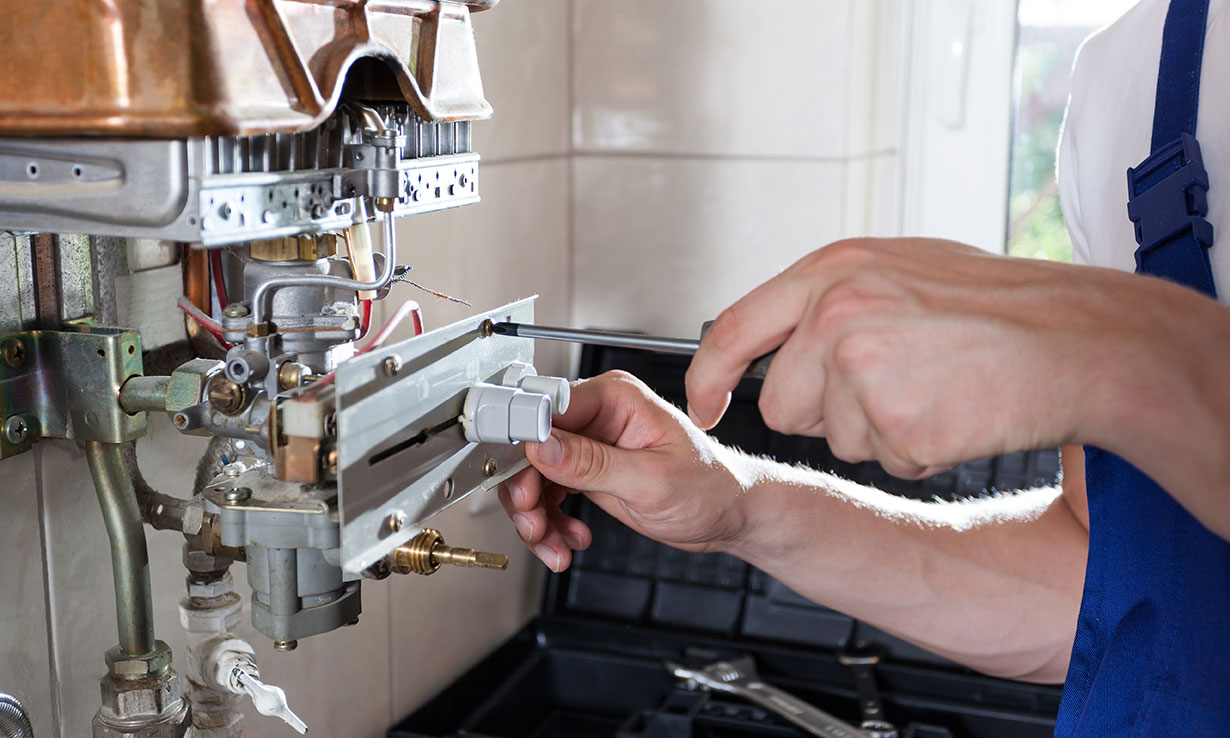 We have ratings for six of the biggest boiler brands, including British Gas, Homeserve and Worcester Bosch, revealing what customers really think of their boiler cover packages.

We also asked customers whether they think their package is good value for money, how good the customer service is, and how easy it is to book an annual service, or get a repair when your boiler is on the blink.

The top-scoring provider’s customer score is 30 percentage points higher than the lowest scoring, revealing the big difference in customer satisfaction between rival brands.