In a world of stunning big-screen TVs, 32-inch and smaller models have become something of an ugly duckling, lagging behind their larger cousins in terms of style, specifications and features. LG, Panasonic, Samsung and Sony only released a handful of small sets in 2018, but did any make a big impression or do these leading manufacturers seem intent on sweeping them under the rug?

We’ve tested all the 32-inch sets from all the major brands, as well as Toshiba and Hisense. The total number of these TVs from six brands amounts to a measly 10 televisions – 6% of all of the sets we tested in 2018.

Without numbers on their side, the few 32-inch sets that do manage to force their way past bigger, flashier sets need to be worth buying. A TV needs to seriously impress be a Best Buy and it’s a feat few TVs manage. Of the 32 49-inch TVs we tested in 2018, only four were good enough to be Best Buys.

With our comprehensive coverage of all TVs great and small, we know whether any of the 32-inch TVs released this year are worth having and what concessions you may need to make if you’re not willing to buy any bigger.

43, 49 or 55-inch sets may sound big, but they could be perfect for your room. Find out what size TV you should buy using our tool and then see all our recommendations.

A lack of interest from leading manufacturers has led to a decline in the picture quality of 32-inch sets. It would be easy to blame the popularity of 4K (a resolution you don’t see the benefit of on small TVs) and the decreasing cost of manufacturing larger panels, but 32-inch TVs have been lagging way behind bigger sets for years.

The average scores paint a dire picture, but each year has had its share of outliers: TVs that buck the trend and manage to impress us. Which manufacturer managed it this year?

We’ve tested every 2018 32-inch TV from Hisense, LG, Panasonic, Samsung, Sony and Toshiba, so it’s fair to say we know which are worth a look and which aren’t. Take a look at each brand’s sets and head to our 32-inch TV reviews to see which ones did well. 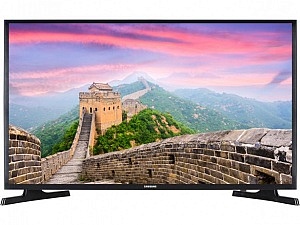 Most 32-inch TVs are basic and you should never expect to see cutting-edge features, but Samsung has taken it to the extreme. Neither of its 32-inch TVs have any smart capabilities or a PVR for recording TV onto a USB hard drive. We’ve tested many 4K Samsung TVs that have sharp pictures and excellent sound, but does that translate down to HD 32-inch sets? Find out in our review of the Full HD Samsung UE32N5000 and the HD Ready UE32N4000. 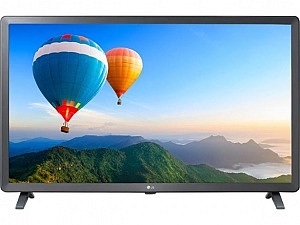 LG has more 32-inchers than most and they are some of the most full featured, too. Aside from the most basic of the three, the 32LK510BPLD, LG’s smallest TVs can access smart apps, such as Netflix and iPlayer and you can record one show at a time onto a USB hard drive. LG has had an impressive year, but does the quality of its 32-inch sets sully that somewhat? Check our reviews of the Full HD 32LK6100PLB, HD Ready 32LK610BPLB and the 32LK510BPLD to see if any are your best bet for a small TV. 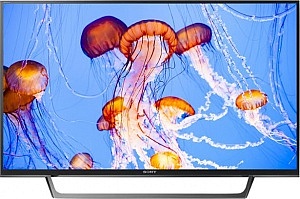 If you need proof of how little leading manufacturers care about 32-inch TVs, then look no further than Sony. It didn’t even release any new ones in the 2018. These two were released the previous year, but since they don’t tend to have the latest features anyway, it doesn’t make a great deal of difference. Both are HD Ready and have a built-in PVR, but only the WE613 has smart features. Read our reviews of the Sony KDL32WE613BU and KDL32RE403BU to see if their picture and sound quality are up to scratch. 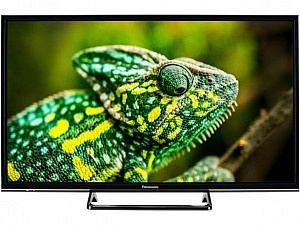 Unlike Sony, Panasonic did release a handful of 32-inch TVs (there’s also the TX-32FS503B, which colour aside is the same as the 500B). There’s not much to pick between these two: both are HD Ready, have PVRs and access to smart apps. They even support contrast-boosting HDR technology, although given how most HDR content is 4K we’re not sure it will make a great deal of difference. Is a HD Ready screen good enough when there are Full HD 32-inch TVs available? Read our reviews of the Panasonic TX-32FS500B and TX-32FS400B to see how they got on. 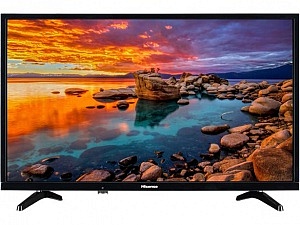 Hisense is known for undercutting the household-name competition, and unsurprisingly the A5600 is one of the cheapest 32-inchers on the market. The typically low standard of TVs this size means it’s also in with a good chance of being one of the better models. The screen’s only HD Ready, but streaming and catch-up apps are available to download, so it’s not lagging behind more established brands when it comes to features, but is it lagging behind in terms of quality? Find out in our Hisense H32A5600UK review. 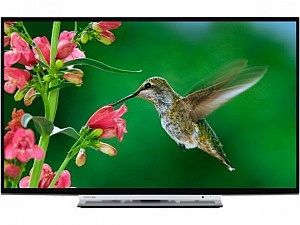 Like Hisense, Toshiba’s TVs tend to cost less than any of the four leading brands, but quality has also suffered in the past. Unlike Hisense’s offering, the 3863 has a Full HD screen and all the extra pixels that come with it, which could give it the edge when it comes to displaying sharp images on screen. Can Toshiba get one over on the household names? Read our Toshiba 32L3863 review to find out.

We’re already starting to see fewer and fewer 40 and 43-inch TVs, which could be a sign of what’s to come. Look at the OLED and QLED ranges from the big four manufacturers and won’t see anything smaller than 49 inches.

The average scores aren’t terrible and the standard is clearly higher than that of 32-inch sets, but it’s a worrying trend nevertheless. Many living rooms can’t accommodate the sort of big-screen sets that the likes of LG and Samsung so heavily favour, no matter how sleek and minimal the design.

Are bigger TVs getting more popular?

By looking at the TV reviews that are most read on our website, we can get a good indication of the size of TV people are favouring. And it is the bigger sizes that are picking up attention – just not as quickly as manufacturers might like.

Over the Black Friday period, where more people buy a TV than any other time of year, 70% of the top ten TVs were 49 inches or larger.