Passengers lost almost four million hours to significantly delayed train journeys in 2018, according to our new research – the equivalent of 448 years.

This makes last year the worst ever for significant train delays since comparable records began, in 2011.

The staggering level of delays – 3,928,560 hours in total – affected 8.1 million passenger journeys. It also means around 80 trains were significantly delayed every day.

Delays need to be at least 29 minutes to be considered significant.

It was an unflattering year for cancellations too. There were 241,932 cancelled trains in 2018 (that’s an average of 660 a day) – also the highest number since comparable records began.

However, passengers are claiming compensation for just 34% of journeys where money is owed for delays and cancellations, according to our annual rail passenger survey. This is perhaps unsurprising, given the unnecessary hassle train companies add to the process.

The worst train companies for delays and cancellations

Do you find yourself regularly complaining to friends and family (or anyone who’ll listen) about train delays or cancellations? See our list below to find out whether you really do have the rawest deal.

Train companies have been ordered by cancellation rates in 2018, worst first. 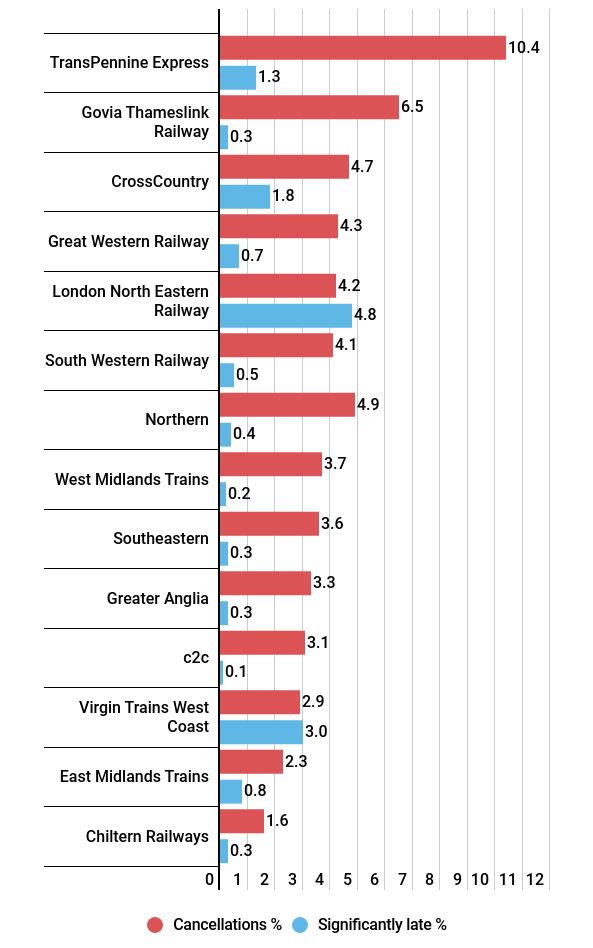 TransPennine Express and Govia Thameslink Railway (GTR) had the highest cancellation rates of services in 2018.

These two train companies, out of 14 franchises in our analysis, accounted for more than a third (37%) of all cancelled trains last year. That’s 89,178 cancellations.

Northern – whose passengers enduring seemingly endless disruption during last year’s timetable chaos – accounted for 12% of all significantly delayed trains and 14% of all cancellations.

This week will see the roll-out of the latest summer timetable, which aims to introduce 1,000 extra services a week across the country.

London North Eastern Railway (LNER) and Virgin Trains West Coast had the highest significant delay rates of their planned services, at 5% and 3% respectively.

Neena Bhati, Which? head of campaigns, makes our case for automatic compensation: ‘Passengers have faced a torrid time on the trains since the beginning of last year where the rail industry has fundamentally failed on punctuality and reliability.

‘People then face a messy and complex compensation system which puts them off claiming when things go wrong.

‘A vital way the government’s rail review and industry can start to restore faith is by introducing automatic compensation for delays and cancellations so that passengers don’t have to fight to get the money they are owed.’ 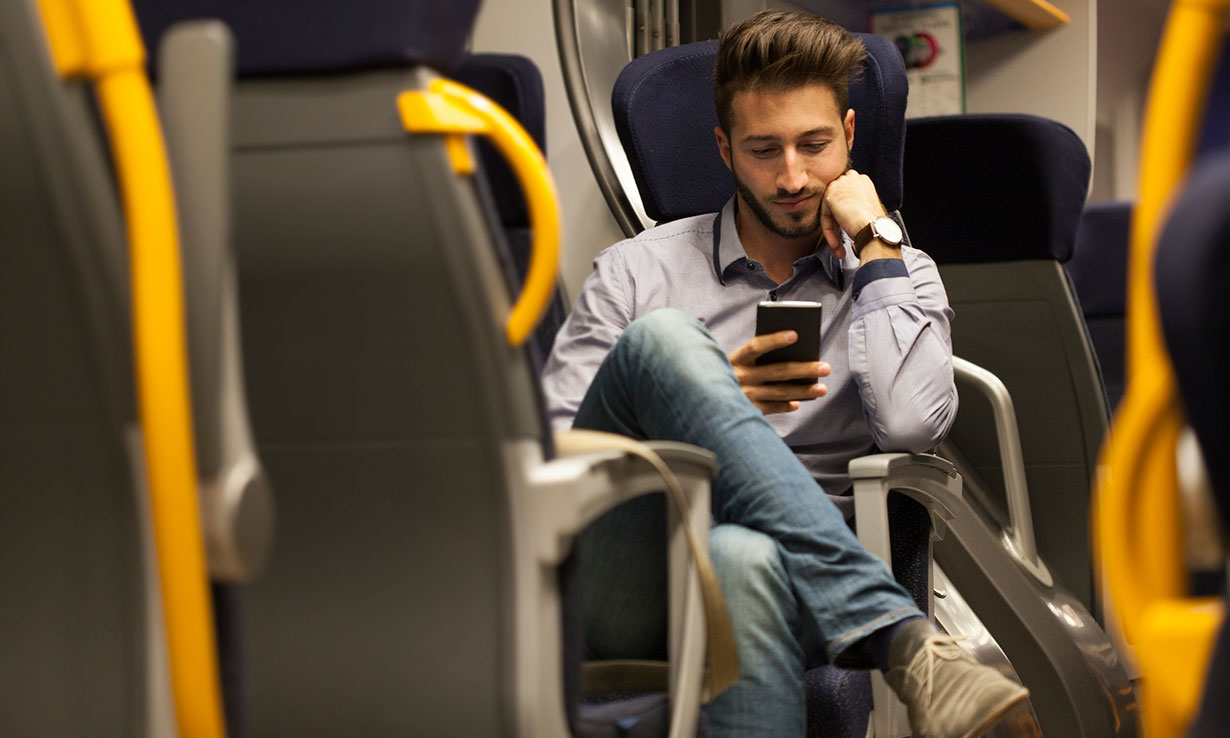 We’ve written a letter to the Office of Rail and Road (ORR) to demand automatic compensation be introduced across the network. 84 MPs have given their support.

We’ve estimated 3.93 million hours by multiplying the total number of significantly delayed passengers journeys in 2018 by 29 minutes (the minimum threshold for what constitutes a significant delay).

This is an estimation because, while some trains were delayed by more than 29 minutes, not all passengers are affected equally on the same delayed journey.