More than one in three of the UK’s homeowners couldn’t cover the cost of a new boiler if theirs needed replacing. That’s according to a survey of 2,005 people carried out in January this year on behalf of boiler cover company Hometree.

The average cost of a new boiler is around £2,500 and, according to the survey, the average amount UK households have set aside is just £765.

Boiler cover companies often use figures like this to stress the benefits of insuring your boiler, but is boiler cover worth buying?

Is boiler cover worth it?

This is because, on average, you’re likely to need to pay to repair your boiler once every three and a half years. That’s much less if you buy from one of the best boiler brands, according to a separate survey of 12,191 boiler owners (April and May 2018). Plus the average cost of the repair is likely to be less than £200.

With the odds so heavily stacked in favour of the boiler cover company, and most packages not covering the cost of replacing a boiler, we wouldn’t recommend paying for boiler cover.

Instead of paying for regular boiler cover, we’d suggest paying for an annual boiler service to keep it running smoothly and nip in the bud any potential problems. A boiler service costs £81 on average, and you can put the spare money aside for repairs as needed.

Just 3% of people say they buy boiler cover because their boiler is unreliable or keeps breaking. 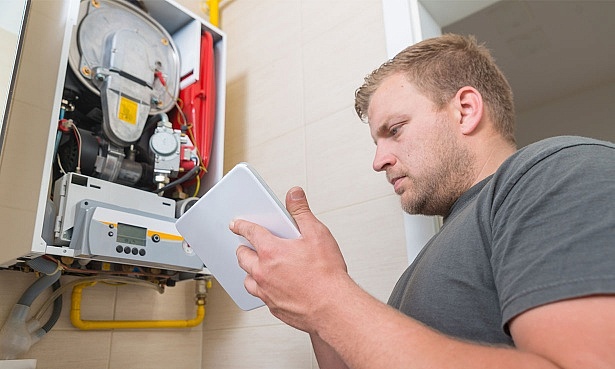 How much does it cost to fix a boiler?

Many people buy boiler cover for peace of mind and to protect themselves from a prohibitively expensive repair.

But how much do boiler repairs actually cost? Last year we asked 166 Which? Trusted Traders heating engineers how much they would charge to fix the 10 most common boiler faults, including a printed circuit board and faulty ignition. Make sure you’re not ripped off and use our page on common boiler problems and repair costs. 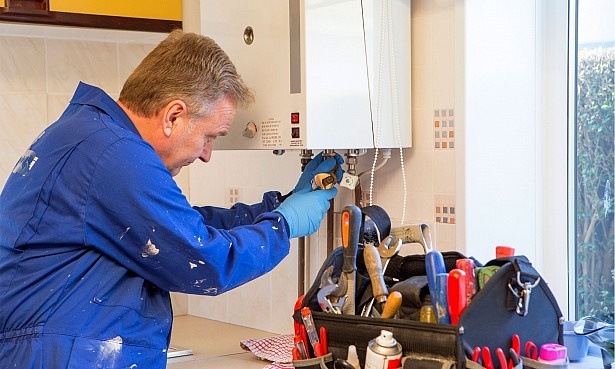 How much does it cost to buy a new boiler?

If the worst happens and it really is time to buy a new boiler, make sure you buy from one of the most reliable boiler brands. According to our research, the most reliable brands are more than twice as likely to be fault-free after six years compared with the least reliable.

Boiler brands compared: the difference between the most and least reliable boilers 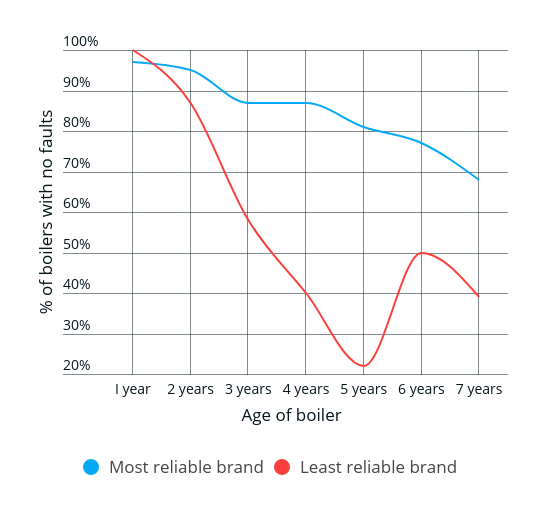 But how much should it actually cost to buy a new boiler? Last year we asked 10 different heating engineers to provide quotes for an identical boiler installation, in the same house. The difference in the quotes we received was astounding, with the most expensive £3,000 more than the cheapest.

The difference in price from 10 boiler quotes 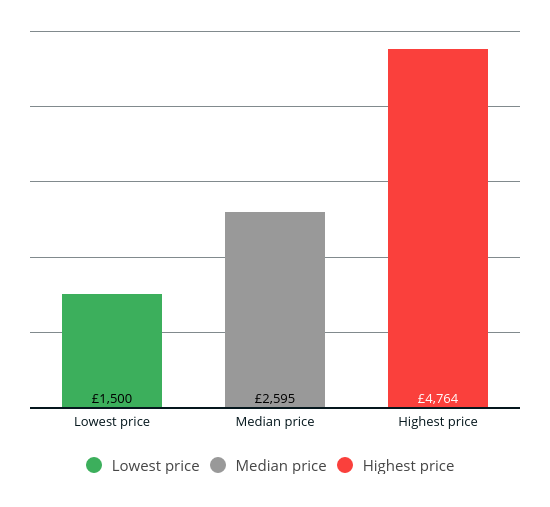 This really demonstrates the importance of getting multiple quotes in order to get the best price.

Our guide to how much a new boiler costs will tell you exactly how much you should pay depending on the type of boiler and the type of installation you need.