Considering items such as toothpaste and painkillers are what high-street pharmacists Boots and Superdrug are known for, you might think they would be your best bet for well-priced toiletries. But new Which? research has found that you could be better off heading to a supermarket.

When we compared prices on a range of toiletries, from shower gel to shampoo, we found that shopping at Asda could save you almost £10 compared to the priciest retailer.

The average cost of a basket of 21 popular branded toiletries in June and July 2019 would have been £70.75 at Asda. At Waitrose, the most expensive shop we looked at, you would have paid £79.12 for exactly the same products.

Boots was the second-most expensive toiletries stockist at £78.33, while Superdrug (£77.41) was fourth priciest out of the eight shops we compared.

There was a negligible difference between second-cheapest Sainsbury’s (£72.09) and third-placed Tesco (£72.19). Online-only Ocado (£77.43) was the third-most expensive retailer, costing only £2 less than Waitrose.

Our graphic shows the full breakdown:

The cheapest places to buy shampoo, deodorant and more

While we found that Asda is the overall cheapest supermarket for toiletries, you could save even more money by shopping around.

Your total spend if you were to buy each item from the cheapest supermarket or pharmacy would be £65.03-£5 cheaper than buying everything from Asda.

However, if money-saving is your top priority, separate Which? research has found that a discount store such as Poundstretcher or Savers could be your best bet.

You could also consider switching to own-brand medicines, which will nearly always be cheaper.

However, prices haven’t risen across the board. Some products are actually cheaper than they were in 2018, with Veet Hair Removal Cream Sensitive Skin with Aloe Vera and Vitamin E (200ml) experiencing the biggest price drop of 26p.

The differences might not sound like much, but when you think about how many toiletries you buy over the course of a year, they do begin to add up.

Most of the items had some sort of special offer on throughout the two months we looked at. The only exception in our basket of 21 products was the Strepsils Sore Throat & Cough Lozenges.

The product on special offer the most was Head & Shoulders Anti-Dandruff Shampoo – Classic Clean (500ml). During June and July, it was on offer every week in at least seven of the retailers we looked at.

Interestingly, Boots and Superdrug ran more ‘special offers’ than the supermarkets but still managed to be pricier than the other stores much of the time. In Superdrug, there were 108 offers throughout the nine-week period, while Boots had 88 offers over the two months. 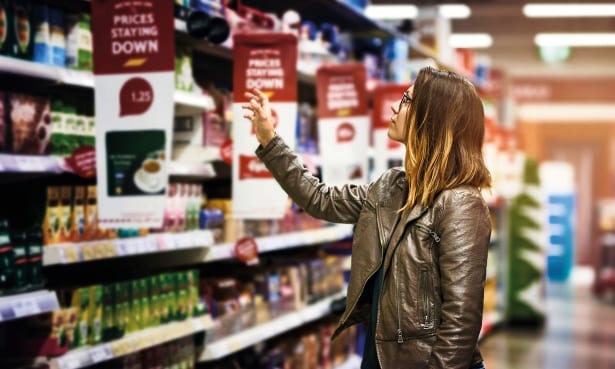 We also spotted some offers that made it seem as though shoppers were getting better value when this wasn’t necessarily the case. One example was the Colgate Totalcare Toothpaste (125ml), described by Superdrug as ‘was £3.99, now £1.98’ for four weeks (24/6/19-15/7/19) and then switched to ‘2 for £5′ for two weeks after that.

Superdrug shoppers spotting the two-for-a-fiver offer might have thought they were getting good value, despite actually paying 52p more per tube than they would have in the weeks prior.

Another tactic we found problematic was the use of wording such as ‘great value!’. Superdrug used this on some products without adding any extra discount onto the price.

How we compare prices

We used data from trade title The Grocer to identify the most popular branded toiletry items.

Throughout June and July, we tracked the items’ prices at the following shops (links take you to supermarket reviews and our reviews of best and worst shops and online retailers):

Using data from independent price comparison site MySupermarket.com, we calculated the average price (including special offers but not multibuys) for each item over June and July.

We then add up the averages to create an identical basket for each store.

We also looked at the same items for June and July 2018 to see how prices have changed.