If you’re looking to reduce the humidity in your home following the recent bad weather, how much can a moisture absorber help you?

We tried out a handful of moisture absorbers that you’re likely to come across in retailers such as Argos, Homebase, Robert Dyas, Screwfix and Wilko.

Read on to find out how much they cost, how to use them, and to what extent you can expect them to work.

What is a moisture absorber?

Moisture absorbers contain crystals, which, once exposed to air, absorb moisture and dissolve. They often take the form of little plastic tubs with two levels. The upper layer contains the crystals; the bottom layer collects the liquid which drips through from the top.

They will take a few days to start working, but you should soon see the crystals turning to slush, and liquid collecting in the tub.

They’re very cheap: you can even find them for as little as £1. The ones we tried ranged from just under £6 to £11. You will need to keep buying refills every month or so (often around £6 a packet).

We asked volunteers who had damp in their homes to try out:

Where to use moisture absorbers

You can use a moisture absorber in a basement, bathroom, bedroom, garage, kitchen, living room or any other room of your house that has a recurring damp problem. Poorly ventilated rooms are especially prone to moisture build-up.

If your bathroom doesn’t have a window that you can open to let out humidity, for example, the air can become heavy with moisture from your hot showers and baths, and the moisture will collect on surfaces. 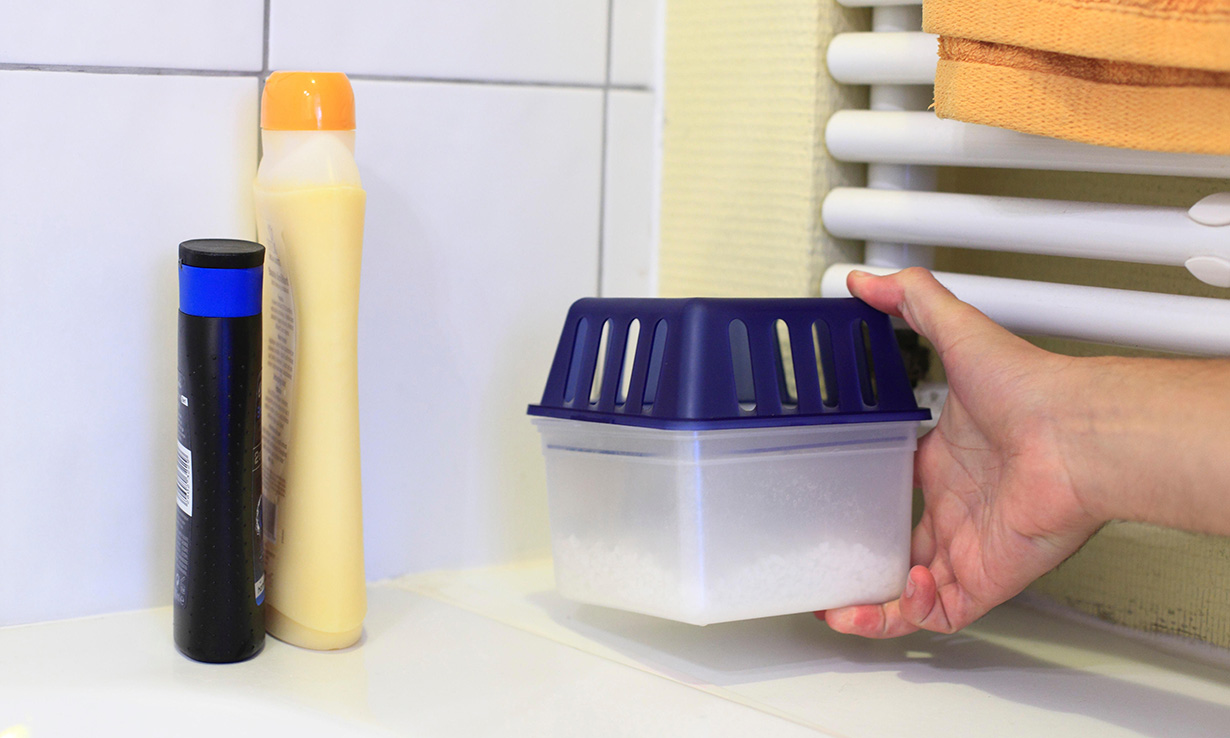 You can also use a moisture absorber in a caravan, boat or mobile home. Some are designed to work in cars – check the instructions before buying.

If your windows are frequently streaming with condensation, pop your moisture absorber on the windowsill. Check the instruction leaflet, though. Some manufacturers recommend placing your moisture absorber at least 10cm from the wall to allow enough air circulation for the device to work. And some shouldn’t be placed next to heat sources.

When a moisture absorber can help you

One of our volunteers tried the Kontrol Streamline Moisture Trap in a basement flat that barely gets any sun in winter. They told us: ‘the only heater in that room is very poor, too, so I can’t get a consistent temperature. When I put the heater on, it gets warm very quickly, but, as soon as I turn the heater off, the room cools down really quickly. Condensation often builds up on the windows during the winter, particularly in the morning’. 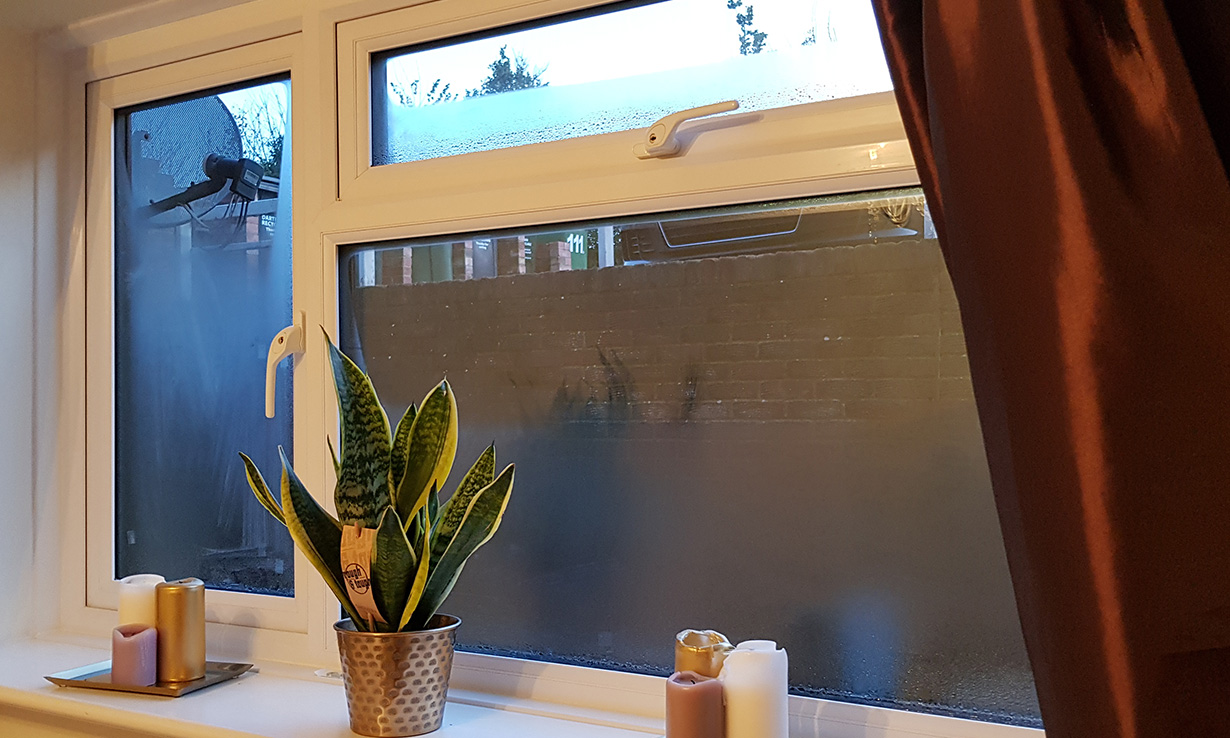 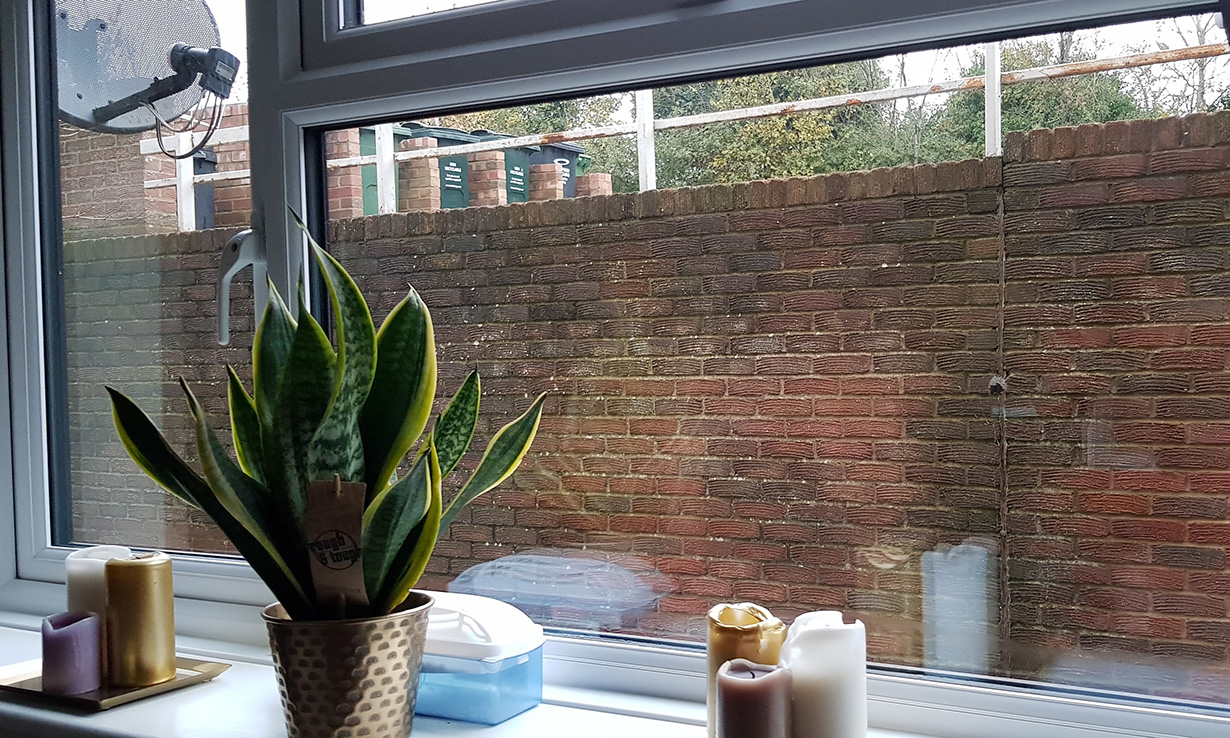 They’re not the most attractive accessory, and slightly too bulky to hide behind picture frames, plants or candles, but they’re not too unsightly either.

When a moisture absorber can’t help you

One of our volunteers tried out a moisture absorber in the corner of a bedroom that had damp ever since guttering outside had leaked. It had been repaired, so water was no longer getting into the house, but the damp had never cleared up (pictured below). 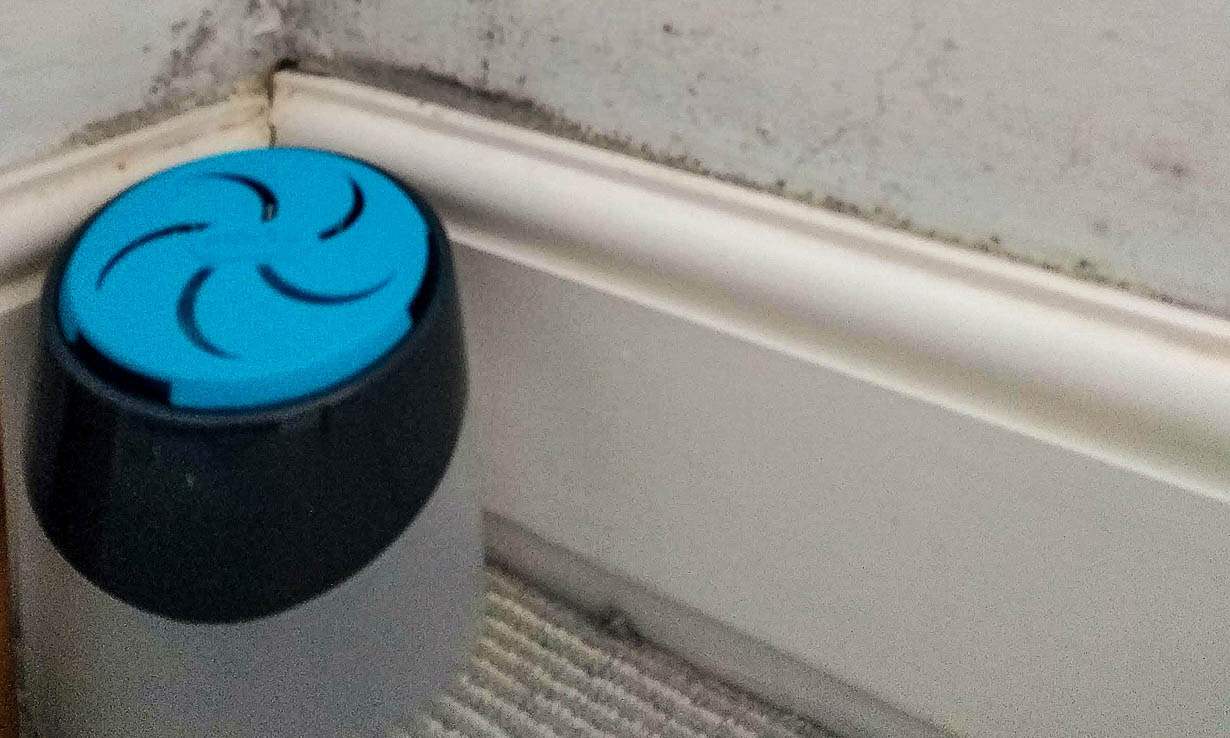 While the moisture absorber did collect water – and the problem didn’t worsen – it wasn’t able to banish the damp entirely.

Another volunteer tried out a moisture absorber in a basement flat that often suffers from patches of damp because of a failure of the damp-proof course and outside rendering. There had also been leaks from upstairs flats. The moisture absorber didn’t reduce the damp particularly in this instance, and didn’t collect much water at all in periods of limited air circulation, but it did make the room smell fresher and less musty.

Our trials showed that moisture absorbers won’t do much to reduce damp in a room that’s routinely used for drying laundry, either.

So moisture absorbers can help with small day-to-day damp issues, but shouldn’t be relied upon for any serious damp-busting.

Are moisture absorbers easy to use?

In general, yes, very easy. Our volunteers had no problems following the instruction manuals for any of the moisture absorbers we tried.

Some moisture absorbers are a bit more of a faff to use than others. The Unibond Aero 360 Moisture Absorber uses a solid tablet (meaning you don’t need to store an open packet of crystals) and has a spout that makes emptying easier.

The Kilrock Spiraflo Moisture Absorber works slightly differently to the others – you slide a refill sachet into a panel, close the little door and clip it shut. When the sachets are full, you discard and replace them. Our volunteer found that the crystals started off quite grainy when straight out of the packet, then, confusingly, went rock solid after a few days of collecting water, suggesting they weren’t going to collect any more. A few weeks later they did become more squashy and gel-like, though, suggesting they had collected more.

The Minky Damp Guard (below) struck our volunteers as less well made than the others. It felt flimsier, didn’t fit together very well, and came apart by accident on one occasion – spilling bright blue water all over the carpet. Fortunately this didn’t stain, but wasn’t ideal either. 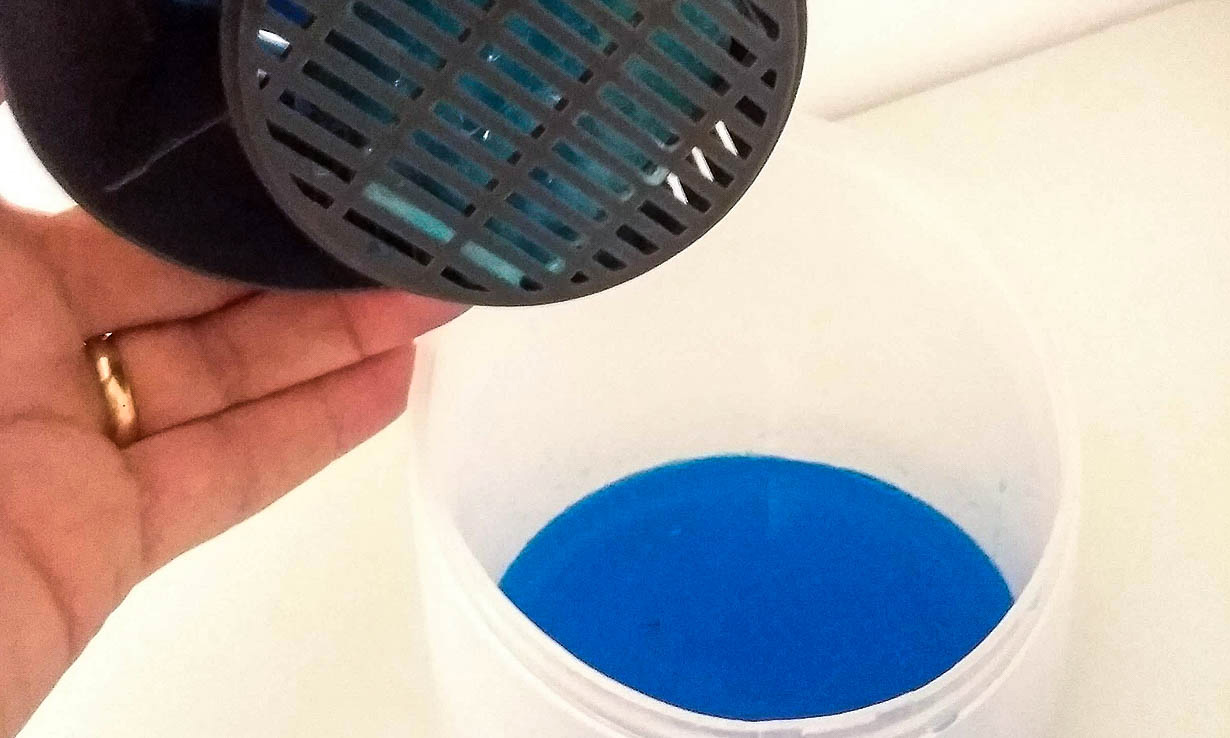 How to dispose of moisture absorber crystals

Once the crystals in your moisture absorber have dissolved into liquid, all you need to do is empty the liquid into a toilet and flush it away.

Keep it out of the reach of children and animals, and avoid contact with your skin or eyes.

How long each packet of crystals lasts will depend on the moisture levels in your home. If your issue is only minor (or you can’t see or smell damp but are just buying one to be on the safe side), you may only infrequently need refills. If you find you’re often having to buy refills, it may be time to invest in a dehumidifier.

Should you consider a cheap dehumidifier instead?

If you’ve tried moisture absorbers, and they’re not curing your damp problem, you may need to bite the bullet and buy a dehumidifier.

In addition to the damage it can do to your property, prolonged exposure to damp won’t do your health any good.

Studies show we spend 90% of our time indoors, on average, and 60% of that at home. Living in damp, mouldy conditions can reduce lung function, inflame your airways, cause chest tightness and throat irritation and exacerbate problems such as asthma and depression.

If cost is a deterrent, check out the cheap dehumidifiers we’ve tested recently.

The ElectriQ CD12P (£100) and the Logik L20DH19 (£130) are among the cheapest models we’ve tested. The ElectriQ (pictured below) is designed for smaller homes. 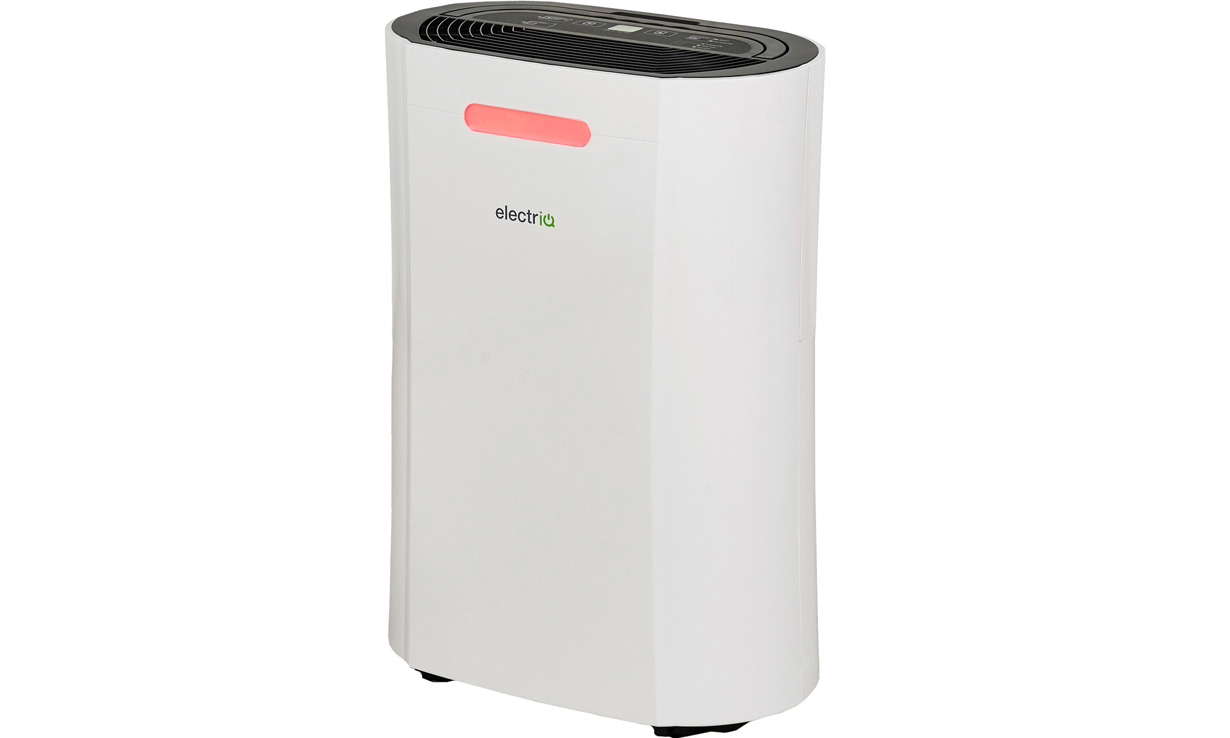 They both have automatic modes, designed to spring into action when humidity levels rise, to maintain an ideal humidity level in your home.

They’re both refrigerant dehumidifiers, the most popular type in the UK.

Because of the way they work, refrigerant models will be more effective in warmer, heated rooms than in colder rooms such as unheated garages, but we have found a couple of versatile models that are effective in a range of conditions.

Read the full reviews of the ElectriQ CDP and Logik L20DH19 (below) to find out how well they performed in our tests before you part with your money. Or check out our full set of dehumidifier reviews. 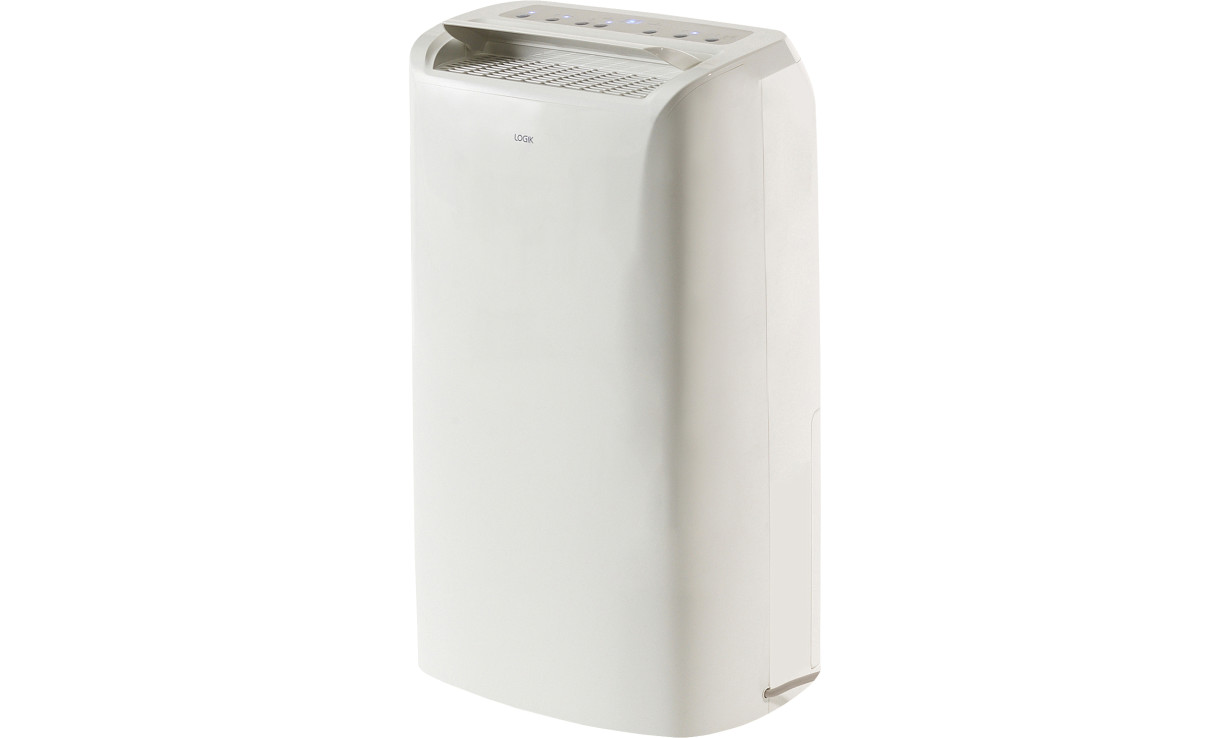 Clearing up after a storm

If you have severe storm damage following Storm Ciara, clearly a moisture absorber isn’t going to make much difference to you. The Met Office recommends that, after a flood, you:

Need more advice on dealing with damp? We’ve got a wealth of online advice on damp, including understanding what kind of damp is affecting your home, how to stop condensation and treating rising damp and penetrating damp.

Coronavirus: Is it ever safe to keep foods after their best before and use by dates?