We’re in the TV-buying sweet spot. New TVs, and their high launch prices, are a few months away – which means 2019 TVs aren’t long for this world.

When TVs get old they get cheap and, in the retail sense, almost a year on sale makes them positively geriatric. In every other sense, the TVs released in 2019 are in the first flush of youth.

If you want a new TV, now is the time to buy. We’ve picked three 43-inch sets at varying prices, of the 42 we tested, for you to consider. 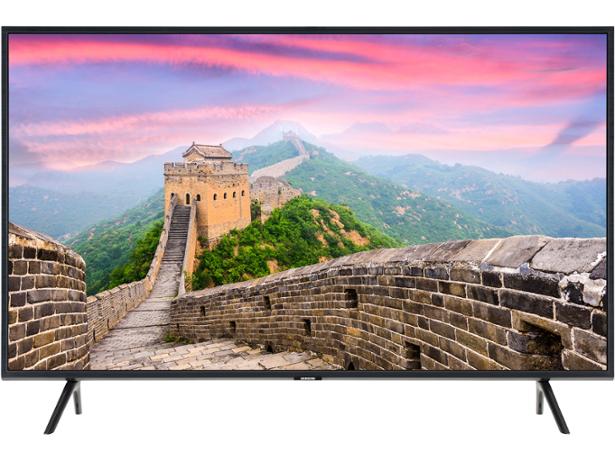 The 43-inch Q60R was a bit of a gamble, but we hope it’s one that paid off for Samsung. Before this, high-end 43-inch TVs were nonexistent. OLEDs started at 55 inches and premium LCD ranges usually started at 49.

Samsung saw a gap and went for it with its quantum dot Q60R. It works like LCD TVs in that it has a backlight, but the colour production portion of the screen is made up of quantum dots rather than liquid crystals. When used right, the tiny dots produce wondrous, vibrant colours.

It’s not just the screen that marks this TV out as high-end, because it has some intriguing features too. Ambient Mode makes the TV look more appealing when you aren’t using it. You can display works of art, photos, or have the screen mimic the pattern of the wall behind it to truly blend in.

Voice control is possible through the microphone in the remote, and the TV can recommend shows to watch based on your viewing habits and your favourite genres.

Does this small TV get the sound right, and do those extra features make it the best 43-inch TV of the year? Find out in our Samsung QE43Q60R review. 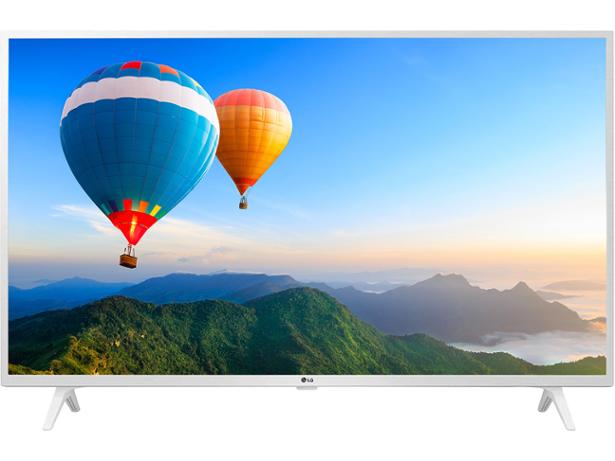 You thought the days of the white TV were done? Think again. That frosty bezel has just been biding its time waiting for the perfect moment to come in from the cold. 2019 was the year, but was its comeback tour a success or should it have stayed in retirement?

It’s a basic TV, unlike the QLED above, so don’t expect quite so many flashy features. Ultimately, though, that’s by the by because it’s picture and sound quality that drive up scores.

HDR is supported, and if you buy one of LG’s Magic Remotes you can use voice control too. It’s also 4K, so, design aside, the TV is up to date.

Thin and small are rarely conducive with rich, full sound and the 7390 did suffer from a lack of bass.

So-so sound is easier sorted than sorry picture quality – a sound bar will do the trick. Head to our LG 43UM7390PLC review to see if other areas of the TV shine. 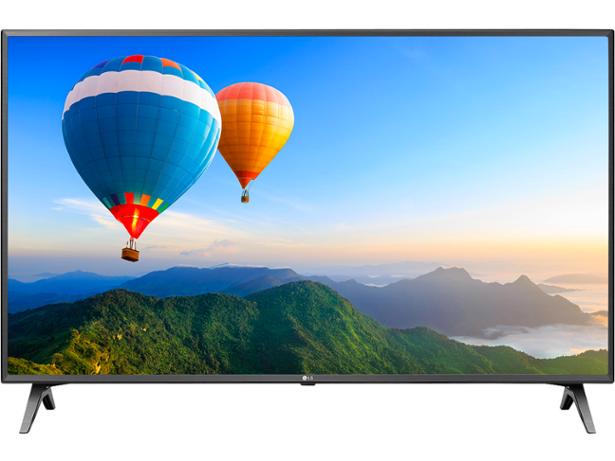 It’s LG again, with a TV that’s one step above the 7390 in the 2019 pecking order. That means you get the tremendous Magic Remote as standard. How we love that ergonomic cone of plastic. Buttons are spaced with real care and all the ones you’d expect to find on a traditional remote are accounted for.

But it’s not traditional, oh no. Point the remote at your TV and the magic soon reveals itself. The pointer that appears follows where you point and it makes choosing options, channels, apps, shows and anything else that much easier.