Bigger doesn’t always mean better when it comes to TVs. On occasions, all of that screen real-estate only serves to make picture quality issues more obvious. Sometimes, though, a big screen is used exquisitely.

LG and Samsung tell us year after year that people are gravitating to bigger TVs and while our own research doesn’t always back that up, there’s no shortage of screens 65 inches and larger in Currys/PC World and John Lewis.

A bigger TV means a bigger price, so you need to be careful about which model you go for. We tested 50 65-inch sets in 2019 and these are three you need to know more about.

With reviews of more than 250 TVs in 2019, we can tell you which models are worth buying at every size from all the leading brands. 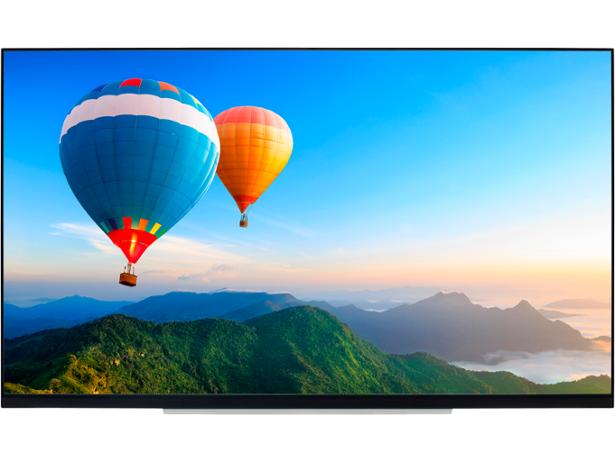 It’s pricey, we warned you. This is one of the most expensive TVs we tested all year, but it sure looks good. The lower portion of the TV, made of transparent glass, gives the impression that it’s floating. You can only see the rear stand if you look from a certain angle, or you could not do that and maintain the physics-defying illusion.

You don’t buy a TV to stare at it when it’s turned off, although we wouldn’t blame you. It’s an OLED, so every pixel in the display is a light source too. This granular control means you should expect contrast to be spectacular and motion to be handled brilliantly.

The question with OLEDs isn’t should you buy one, it’s which one should you buy. The E9 is close to £1,000 more than some OLEDs, so is it really that much better than a Sony KD65AG8BU, Panasonic TX-65GZ1000B or even the LG OLED65B9PLA?

Read our review of the LG OLED65E9PLA to see if it’s the best of the bunch. 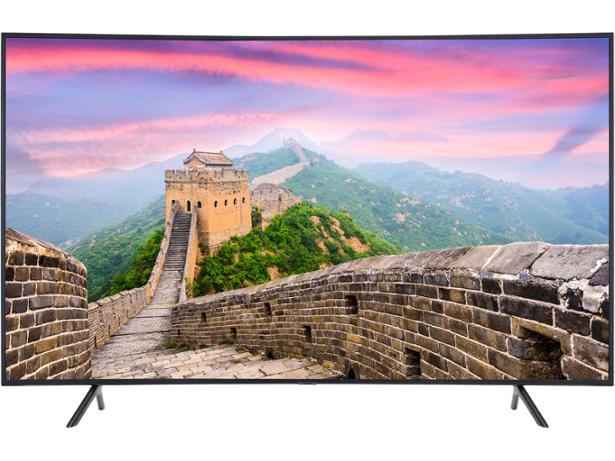 You could buy four UE65RU7300 TVs for the price of the OLED65E9PLA above (you shouldn’t, that would be crazy). But what about one of them? The RU7300 is a last hurrah for the curved TV. As far as we can tell, Samsung isn’t bothering with them in its 2020 line-up, so this is it.

Designed to increase immersion, the curve never really caught on. Reports that the angle screen increased reflections and hampered viewing angle didn’t help either. To be fair to the RU7300, though, the viewing angle is decent and no worse than most flatscreen sets we tested in 2019.

Viewing angle is so-so, but the sound is significantly better than many TVs at this price point. The reason it’s cheap is because its basic. The remote is old-fashioned and fiddly, and there’s no PVR or voice control.

None of those are essential features mind you, picture quality is more important. Read our full review of the Samsung UE65RU7300 to see if it’s a TV that lacks features but nails the basics. 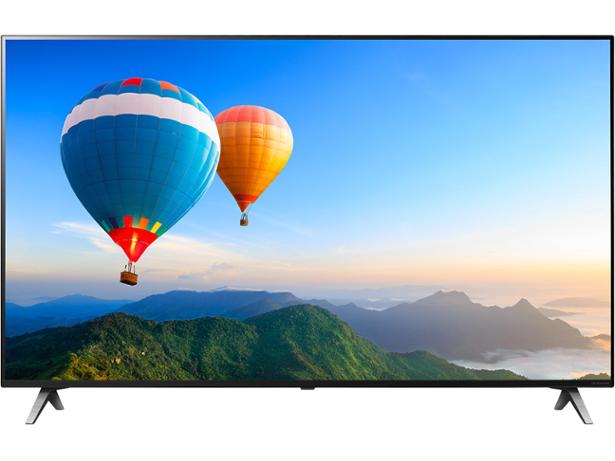 You could argue this one is still cheap, and it is when compared with the LG E9 OLED. But it’s not when you consider how many are available for around the £500 mark.

It’s a high-end LCD TV from LG, which means it has a backlight shining on liquid crystals to make the picture. What sets it apart from other LCD TVs from LG and other brands is the NanoCell technology. If the capital letter in the middle of the word didn’t give it away, NanoCell is a marketing term for a group of technologies designed to boost picture quality. Contrast should appear richer and deeper, colours more vibrant and detail more vivid on a NanoCell TV.

We’re no stranger to these buzzwords and half the time we think the improvements they make are negligible, but what about NanoCell? Should you be paying extra for it or would a more basic 65-inch model serve you just as well?