Choose one of the four Best Buy washing-up liquids revealed in our latest tests and you’ll breeze through dirty dishes – and you could save money, too.

With the ongoing lockdown, you’re probably cleaning a lot more than usual.

Whether you’ve used five roasting tins for a show-stopping recipe or dirtied every bowl in the house, the best washing-up liquids will make light work of any challenge.

In our tests, the very best clean more than four times as many plates as the worst-scoring options. Find out more below.

Don’t pay more than you need to 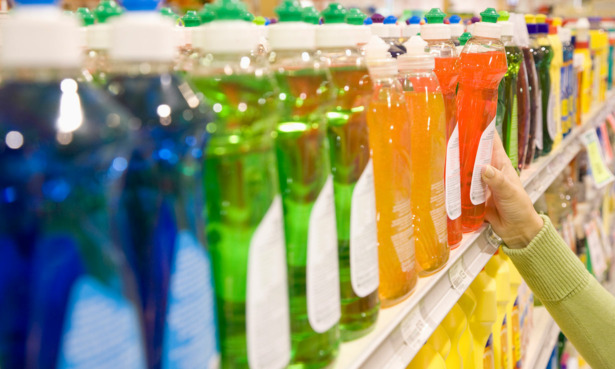 We’ve tested 10 popular washing-up liquids from big brands and major supermarkets – four triumphed as Best Buys and, weight-for-weight, two of our Best Buys cost less than half the price of the others.

Washing-up liquid probably isn’t the priciest item on your shopping list, but you can still save money without compromising on cleaning power.

Our tests revealed two great-value Best Buy washing-up liquids which cost less than 90p per bottle – that’s less than a third of the price of the most expensive option (per 100ml).

Plus, Best Buy washing-up liquids can power through more grimy plates than others, so you’ll buy fewer bottles in the long run.

Our tests also revealed three Don’t Buy washing up liquids that you might be best to avoid.

Prefer to use a dishwasher instead? These Best Buy dishwasher tablets could save you £40 a year

Which eco washing-up liquid is best? 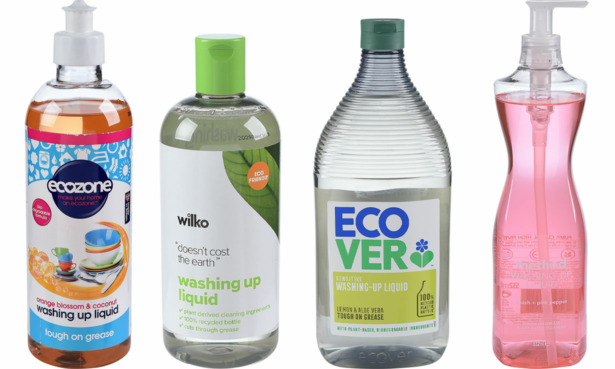 If you’re looking to make a more eco-friendly choice, you’ll want to check out the results of the four we included in our latest test.

Once again, we tested big brands Ecover and Method, while washing-up liquids from Ecozone and Wilko were making their debut.

Each one has a formula made from plant-based ingredients, and those from Wilko, Ecover and Method also have bottles made from 100% recycled material.

You might not expect eco washing-up liquids to power through as many dirty dishes as those made with petro-chemical sourced surfactants (the main cleaning agent in detergents), and generally that’s true. But our tests also showed that there’s a massive difference in performance between eco washing-up liquids.

The highest-scoring one cleaned almost twice as many plates as the lowest-scoring option, so picking right could help save you money and time at the sink.

Below are all the washing-up liquids from our latest tests.

We retest washing-up liquids every year due to brands reformulating.

If a brand you want to see is missing, that’s because the product was being reformulated at the time of testing, which meant that we couldn’t include it.