With international travel rules set to be simplified not once but twice next month, now might be the time to book a holiday and soak up the last of the summer sun. We look into the warmest short haul destinations for October holidays including Turkey, Malta, Portugal, Spain, Greece and more.

In 2021 more than ever, October is the perfect opportunity to seek out some last-minute sunshine. Simplified travel rules and an expanded ‘fly’ list means holidaymakers who missed out on summer sunshine still have the chance to enjoy a trip to warmer climes.

From 4 October, the government is doing away with the traffic light travel system in England and replacing it with a ‘no-go’ red list and a ‘rest of world’ list. To make things even more straightforward, pre departure antigen tests will be scrapped on the same day, and day 2 PCR tests will be dropped for fully vaccinated travellers returning to England from late-October onwards, meaning you’ll only need to do a lateral flow test.

There are still considerations to be aware of before you book. For example, you’ll still need to check a country’s entry requirements, and whether the FCDO deems it safe to travel there. But there’s no doubt that the new system reduces some of the cost, stress and admin involved in travelling internationally. So, for those of you eyeing up an autumn getaway, we’ve highlighted some of the best short-haul destinations for some October sunshine.

If you’ve got your sights set on a holiday later this year or in 2022, plan the perfect long or short-haul holiday with our month-by-month breakdown of where to go when.

Is Spain hot in October? 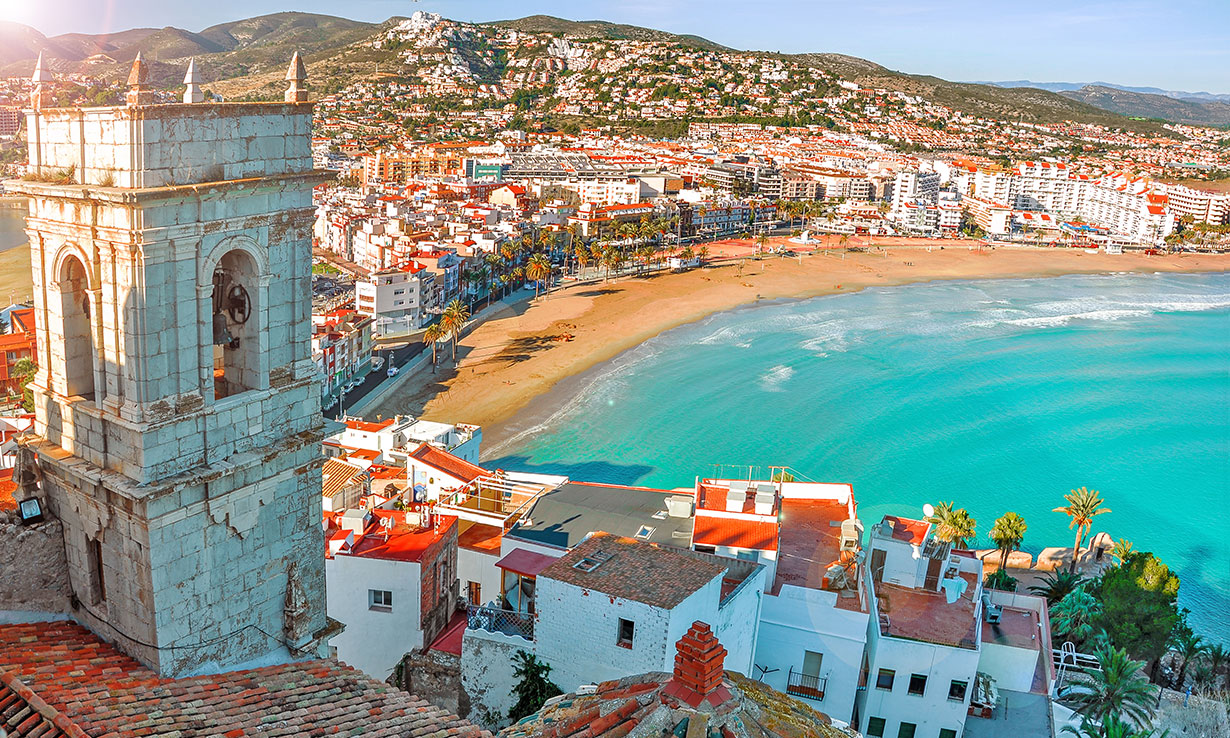 Even after its summer peak period, sun-seekers are spoiled for choice in Spain. While temperatures in Madrid are fairly mild, Spanish Islands and much of southern Spain still bask in warm weather well into October.

Temperatures reach heights of 26°C in Seville, for example, while the Costa de la Luz – the 200km stretch of coast between Tarifa and Cadiz – is almost as warm and boasts vast stretches of sandy beaches.

When it comes to Spanish Islands, the perennially sunny Canary Islands tend to be a few degrees warmer than the Balearics, at around 25°C.

See our list of the best Canary Islands holiday resorts.

Is Turkey hot in October? 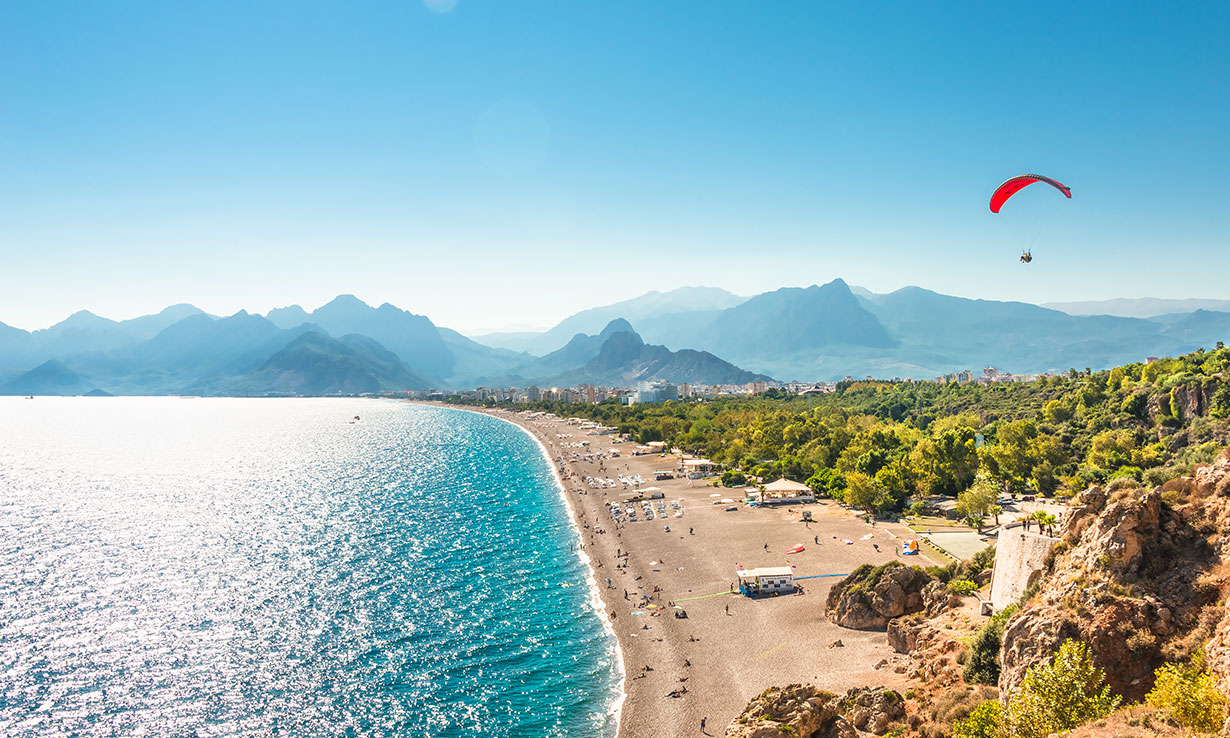 Turkey is a great fly-and-flop destination at this time of year. Wherever you go on the Turkish coast, you can expect temperatures in the mid-twenties, but on the Antalya coast, in particular, you can expect eight hours of sunshine a day and highs of 26°C.

Now that Turkey has been removed from the red list, Jet2 has announced that it is relaunching flights and holidays to both Antalya and Dalaman this autumn. Find out where Jet2 ranks in our list of the best package holiday providers. Do bear in mind that while the FCDO has lifted its warning for most of Turkey, it is still in place for areas within 10km of the Syrian border, plus a number of other provinces nearby.

Is Greece hot in October? 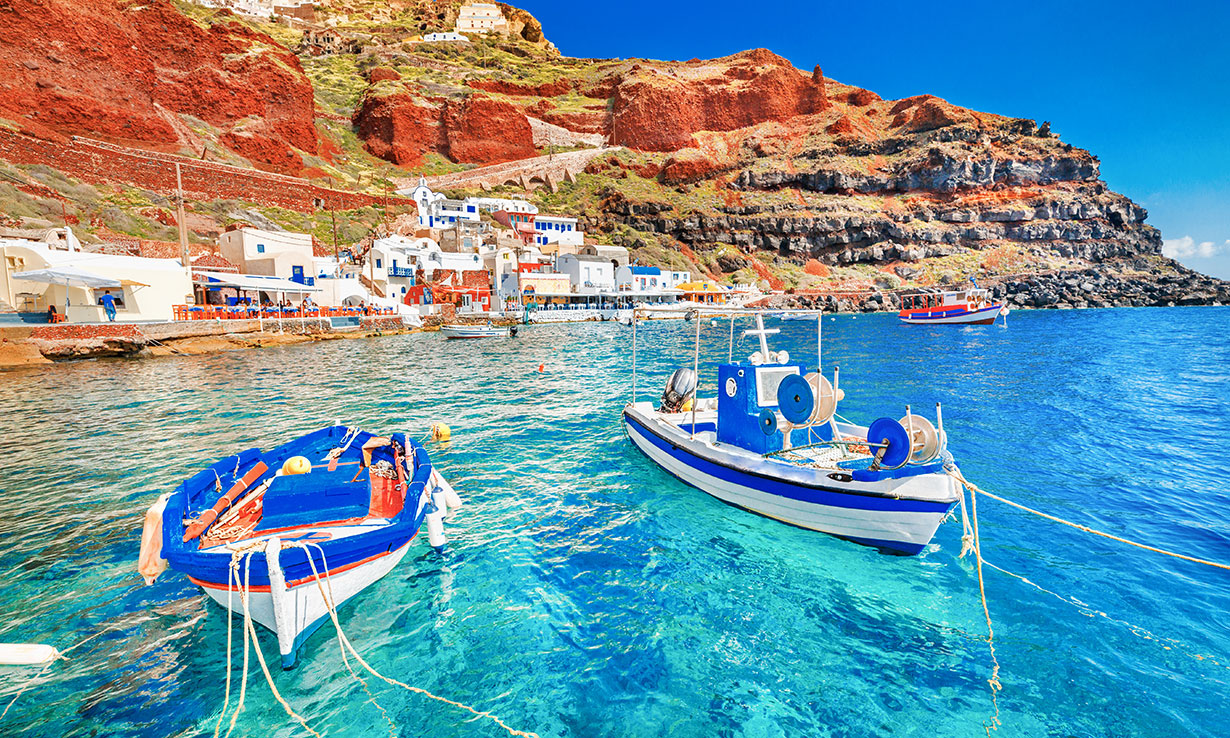 With 227 Greek Islands to choose from, as well as a mainland that’s roughly six times the size of Wales, it’s no surprise that the climate in Greece in October varies significantly depending on where you go.

In Halkidiki, for example, you’ll get around six hours of sunshine each day and average highs of 20°C, before the temperature potentially plummets to overnight lows of 11°C.

Further south in Rhodes, meanwhile, you’re far more likely to be able to eat out in the evening without needing to wrap up. That’s because, after eight hours of sunshine and daily highs of 24°C, you can look forward to nighttime lows of around 16°C.

For more independent destination recommendations, subscribe to Which? Travel.

Is Malta hot in October? 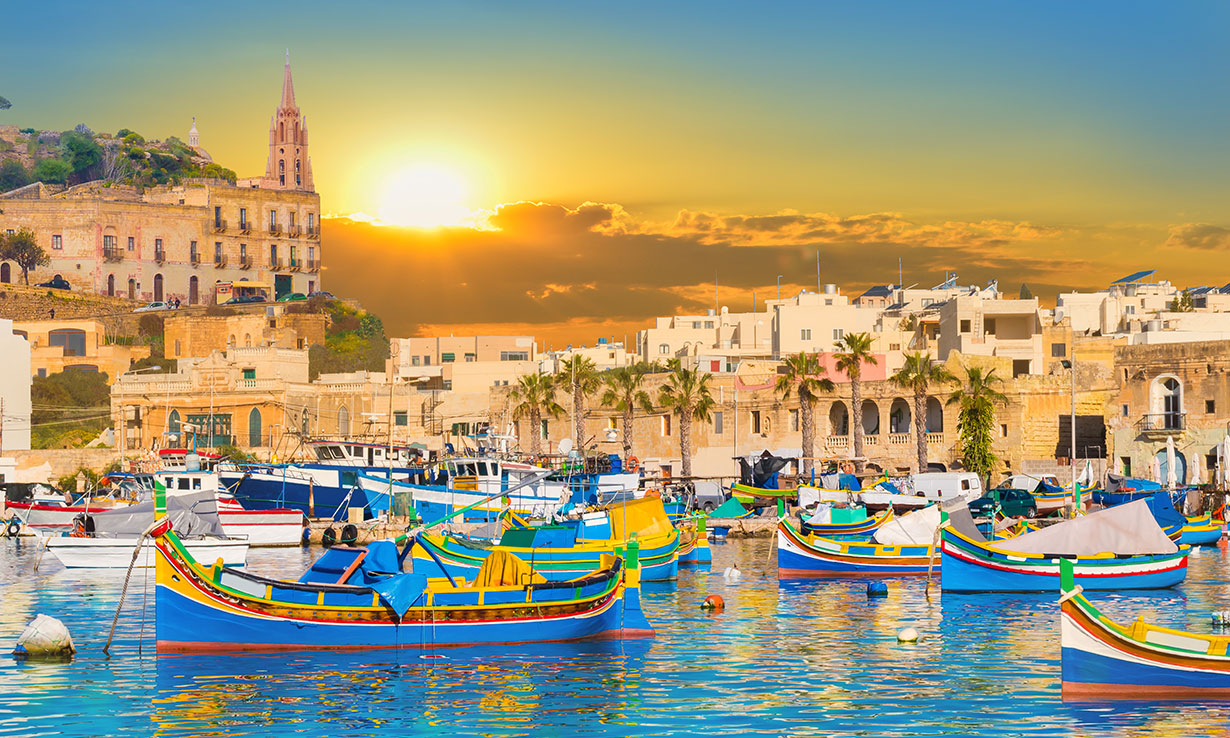 Yes – whether you got to Malta itself or the northern island of Gozo, you can expect daily highs of up to 24°C in October.

And while there are around nine days in the month with some rainfall, you shouldn’t let that put you off. Even if the weather isn’t balmy enough for sunbathing on one of Malta’s many sandy beaches, there are still plenty of sightseeing options to fill your days. Explore the walled city of Valletta, for example, or head north to take in the megalithic temples of Ggantija. The slightly cooler temperatures and lack of crowds make October one of the best months to explore Malta’s rich cultural heritage.

Is Portugal hot in October? 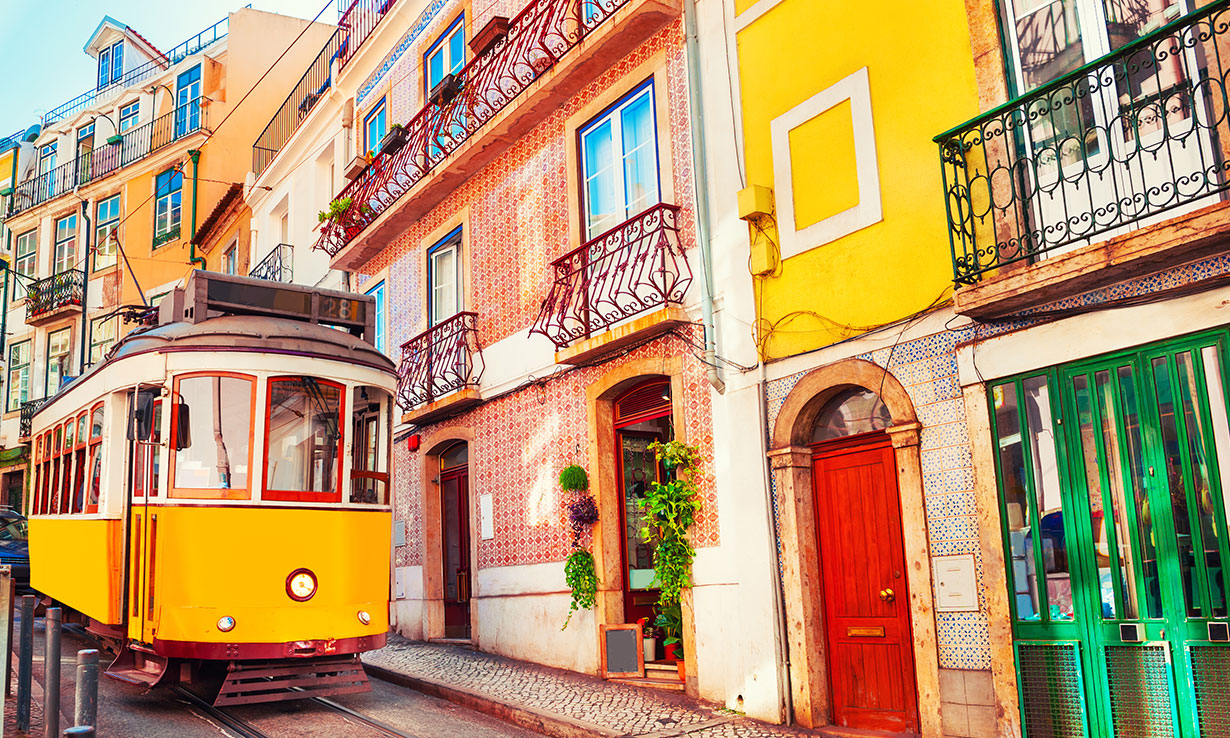 Portugal isn’t the best destination for autumn beach-going. Not only do temperatures fail to reach the same heights as in some other European countries, but you’ll also have to contend with colder sea temperatures in the Atlantic.

That said, the pleasant temperatures make for perfect walking weather, so it could be a good opportunity to explore some of the country’s fantastic scenery. Inntravel is a Which? Recommended Provided and offers a range of self-guided walking tours in Portugal.

Read our full InnTravel review to see why we rate it so highly.

Is Italy hot in October? 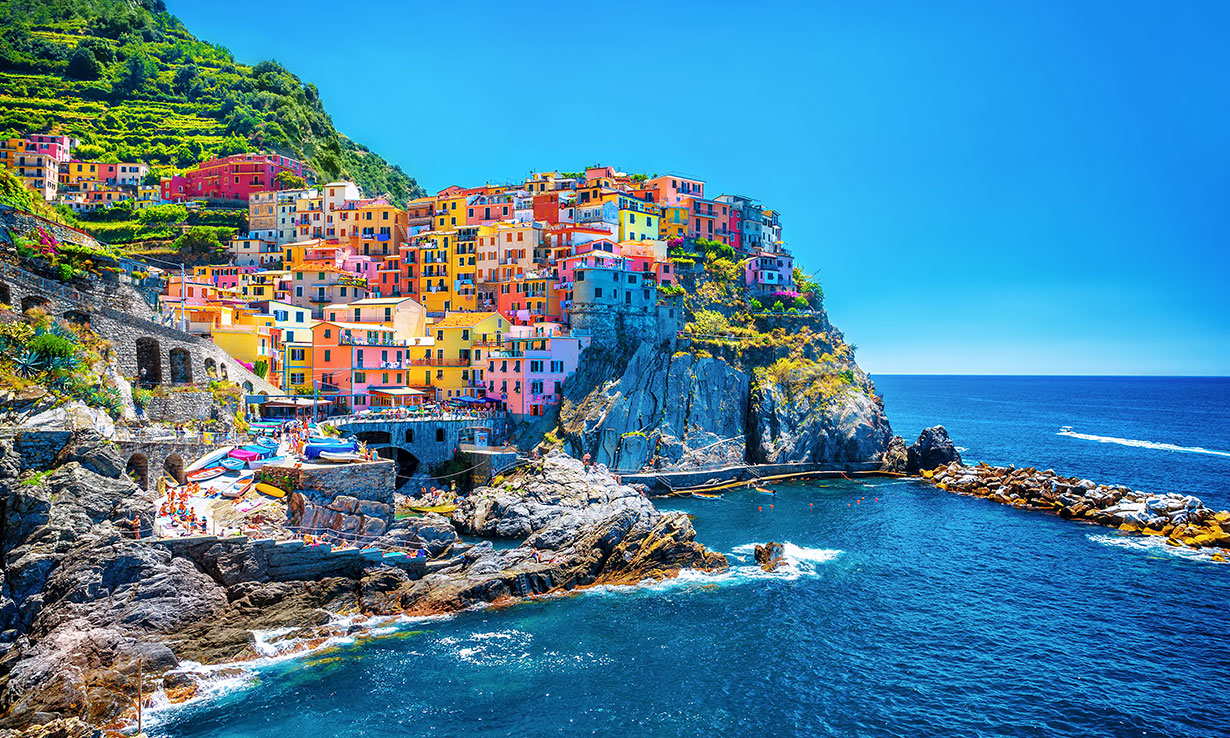 If warm weather is what you’re after, there are better months of the year to visit Italy. In the north, the Italian Lakes have maximum daytime temperatures of 16°C and just five hours of sunshine each day. Unsurprisingly, temperatures are warmer further south, but you’ll be lucky to avoid rainfall. In Sorrento, for instance, October sees daily highs of 21°C with 11 days of the month containing some rain.

Find out which is the best month to visit the foodie haven of Bologna.

Is France hot in October? 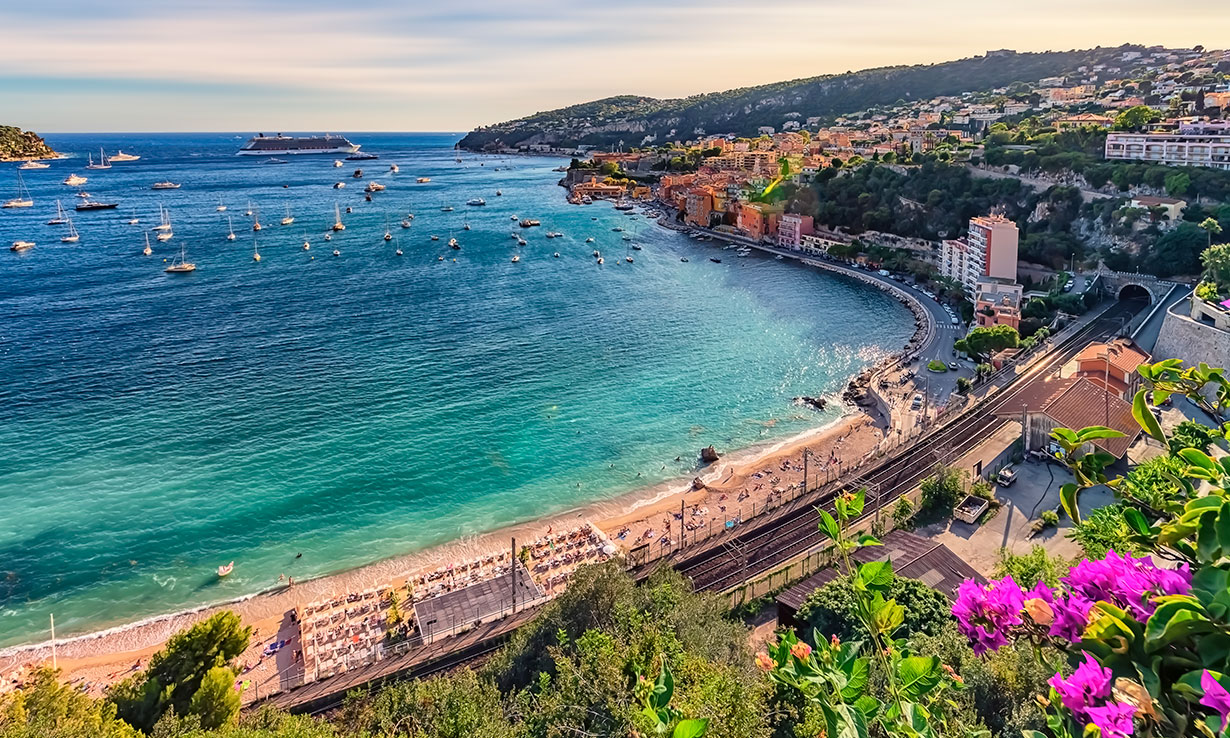 While the climate in France is pleasant in October, it’s better suited to sightseeing than sunbathing. Even on the south coast temperatures are unlikely to get above 20°C and you can expect a few overcast and rainy days. Cannes, Biarritz and Corsica can get slightly warmer – but not by much.

So rather than heading to the beach, you might be better off exploring the old town of Nice and the other spots on the French Riviera, or else heading inland to hike and soak up some of France’s spectacular scenery.