Are smart thermostats worth it?

How much can you save on your energy bills with a smart thermostat, and how long will it take to pay for itself? Our research reveals all.

There are several factors that will affect whether installing a smart thermostat will save you money on your heating bills. This includes which smart heating control you choose to install, and how you take advantage of the different features it offers. It will also depend on how well insulated your property is, and what type of boiler system you use.

Once you've worked out which you are, take a look at our smart thermostat reviews.

Smart thermostats and savings on your bills

Who will save money with a smart thermostat?

Who won't save money with a smart thermostat?

If you want to save money, we recommend you ensure your property is properly insulated. You should also make sure you are getting the best deal on your energy bills – see how much money you can save by using our price comparison site, Which? Switch, to find the cheapest energy deal.

How long will a smart thermostat take to pay for itself?

Many smart thermostat manufacturers spell out how much money you can expect to save after installation.

But all these estimates assume that, before you started using the smart thermostat, you left your heating set to maintain a constant temperature during the day. So if you already turn off the heating when you leave your home, you're unlikely to save as much as the manufacturers claim.

A study carried out for British Gas states that the energy savings you achieve with the Hive would be much smaller if you previously only had the heating on for part of the day. It also reveals that in a scenario where the heating was previously just on for a few hours a day on weekdays, switching to Hive's default schedule would actually cause you to use more energy.

In short, be wary of the big headline savings claims made by smart thermostat companies. Unless you're in the habit of leaving the heating on while you're out of the house, the savings you make aren't going to be large enough to save you hundreds of pounds a year.

In the table below we've highlighted three smart thermostats that performed brilliantly in our tests.

They're easy to install, the apps are easy to use, they have great features, and critically the thermostats are accurate and responsive to temperature changes.

Only logged-in Which? members can view the results in the table below. If you're not a member, you can get instant access by joining Which?.

This is a very good smart thermostat that we're happy to recommend. Although the app can be confusing, it's easy to control the device manually or through the web portal. It also reads temperature accurately and is easy to install. 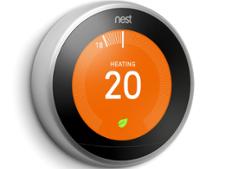 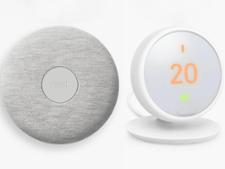 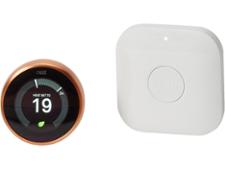