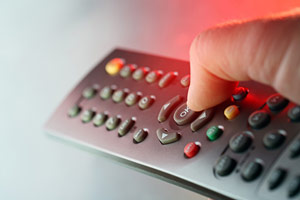 Around £1bn of extra TV licence payments is earning interest in the government’s coffers from millions of UK households forced to keep their TV licence account six months in credit, Which? has uncovered.

New data obtained by Which? under the Freedom of Information Act reveals that people who pay for their TV licence by monthly direct debit are charged double for the first six months, and this additional money stays with the government after that.

With a standard TV licence costing £145.50 a year, millions are constantly more than £70 in credit. Of the 25m TV licences in force at the end of March, around 14.7m were paid by direct debit. A further 1.5m licences were paid under a ‘cash payment plan’ or ‘monthly cash plan’, whereby a customer pays regular payments at PayPoint outlets. This system works on the same ‘six months in advance’ basis.

The additional £1bn is transferred directly into the government’s Consolidated Fund account, from which the BBC receives a monthly payment.

You won’t get your money back until you no longer have to pay for a licence or if you choose another payment method. For many consumers, this means waiting until they turn 75 or passing away.

A government spokesperson said that this provides ‘an alternative to an annual lump sum payment, while also protecting the BBC from losses incurred if payments stop before the whole amount has been collected.’

Which? executive director Richard Lloyd said : ‘The Government is keeping £1bn of our cash to subsidise those that don’t pay their licence fee when people are struggling to cope with the rising cost of household bills.

‘People who want to spread the cost of their TV licence and pay by direct debit should not be penalised, or have to pay more in the first year than those who can afford to pay upfront.’