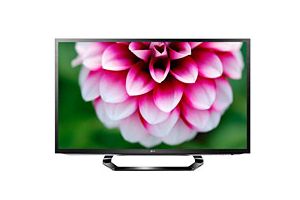 Which? testing has confirmed that LG has now fixed a serious sound issue affecting the LM620T range of TVs that we discovered earlier this year, and that LG’s 2013 range of TVs has been designed to avoid this fault in future.

Earlier this year, Which? discovered a serious sound issue on the LG 32LM620T and the LG 42LM620T TVs. Both suffered from a loud buzzing noise, a problem so bad we decided to make them both Don’t Buy TVs until the problem was resolved.

LG promised to fix it and we can now confirm, having re-tested the revised models in the Which? TV test lab, that both models are now no longer Don’t Buys.

In addition, LG has confirmed to us that the results of these tests have informed its speaker design for the whole of its 2013 TV range. A new 13-inch speaker system with a separate sub woofer will feature on premium models, while the rest of the range will use a re-designed speaker mounting to prevent a repeat of the problem.

You can read how the TVs performed overall by heading to the Which? TV reviews section – if you’re not a Which? member you can find out by signing up.

LG takes action after Which? concerns

All testing at Which? is completely independent – we accept no advertising and buy every product we test so we can be sure what we’re testing is what consumers will buy. This means not only can we feel confident in recommending the best products, we can also tell you which ones to avoid. In this case we felt the sound issue we found – a buzzing and reverberation when listening to voices and speech – was so bad it must be a design fault.

We informed LG of our concerns, and it responded to us in just over a week. Its engineers investigated the problem and found the sound issue was not caused by the speaker units, but by the way the speakers had been mounted in the TV casing. It looked at all screen sizes in the LM620 series – not just the two sizes we’d tested – and updated all models in the range that hit the shops in late 2012.

For those who have already bought a model, LG has committed to sending an engineer out to fix any TVs that are reported to have this fault.