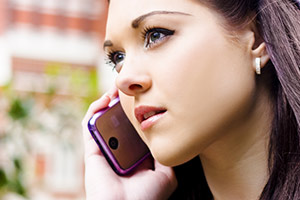 Between 26 May 2011 and 31 January 2013, the company was found to be responsible for over 1,000 complaints to the Telephone Preference Service (TPS) and the ICO.

The ICO considered fining the firm £90,000 but the fine was reduced because of the company’s financial situation..

The Commissioner now wants to be able to act earlier against such businesses.

Currently it needs to display a risk of, or actual, ‘substantial damage or distress’ as a result of marketing calls but it wants to be able to act when it sees a firm regularly breaching the rules.

According to the ICO, Tameside ‘failed to carry out adequate checks’  as well as failing to remove people from their contact lists.

In one case an 80-year-old lady decided to complain after continuing to receive calls despite informing the company on 20 separate occasions they must stop calling her.

ICO Director of Operations Simon Entwisle said: ‘This is not the first, and will not be the last, monetary penalty issued by the ICO for unwanted marketing calls.

‘These companies need to listen – bombarding the public with cold calls will not be tolerated. Were it not for the company’s poor financial position, this monetary penalty would have been £90,000.

‘We would like to see the law changed to make it simpler for us to punish companies responsible for repeated and continuous breaches of the law.’

The ICO has also issued the company with an enforcement notice, requiring Tameside to stop making calls to those people who have registered their number with TPS, or have previously notified Tameside that they do not wish to be contacted by them.

Commenting on the fine, Which? executive director, Richard Lloyd said:  ‘We’re pleased to see the Information Commissioner taking action against companies that are bombarding people with nuisance calls and texts.

‘But with more than eight in 10 of us receiving an unwanted call in the last month, we now need a tougher new approach from the government, regulators and industry with new laws and new technology to prevent people being plagued by this menace in the first place.’

Tameside is the second firm to be fined over cold calls for the Green Deal – the new government scheme for people to install energy efficient measures like double glazing, a new boiler or insulation – in the last month.

In June Nationwide Energy Services, Swansea, received a penalty of £125,000.

Earlier this year Which? launched its Calling Time on Nuisance Calls and Texts campaign and called on the government to step-in and tackle the problem of nuisance calls.

Which? wants the regulators to be given greater enforcement powers and to form a taskforce which will proactively punish rule breakers.

Since the launch of the campaign, more than 75,000 members of the public have pledged their support.

You can also pledge your support for the Which? Calling Time campaign to help put a stop to unwanted calls and texts.

The fine comes a month after a new Private Members’ Bill, aimed at tackling nuisance calls and texts, was introduced to Parliament.

The Bill, which was introduced by Edinburgh West MP Mike Crockart, calls for a clear expiry date on consent to third party marketing and gives greater powers to regulators to punish rule breakers.

Mr Crockart said: ‘I have worked with consumer group Which? on the detail of the Bill, listening carefully to the arguments made by consumers during the Calling Time road shows which travelled around the UK asking people to share their frustrations at receiving unwanted calls and texts.’