Car owners reported a massive 20,994 faults in the 2014 Which? Car Survey. We’ve picked out the five most common ones, and reveal the percentage of all cars affected by each problem. 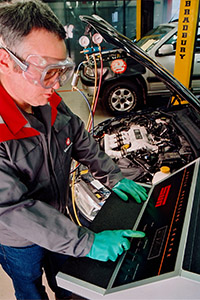 Air-con should be serviced annually

Keeping cool has proved difficult in almost 5% of cars, with air-con being the most frequently reported fault.

There is a vast array of air-con maintenance specialists, but it’s also worth consulting the car’s handbook to find out the suggested servicing intervals. Most recommend an annual service in the spring. 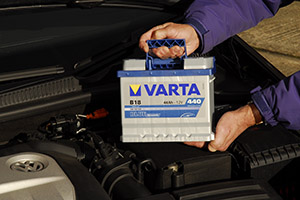 A good battery can last more than five years

Short trips, cold weather and wear can all take their toll on a car battery. The RAC attends more than 500,000 battery-related breakdowns a year, half of which are caused by owner mistakes, such as leaving the headlights on. A good battery can last for more than five years, but failure can occur in as little as three.

A common cause of these faults is a blown fuse or loose wiring going to the fuse box, so it’s worth looking for these. It’s also worth checking the window control switch (usually on the door handle), as dirt can stop the mechanism working.

Potholes.co.uk estimates that suspension damage due to potholes costs British motorists £2.8bn each year. Avoid potholes where it is safe and legal to do so, but if your suspension is damaged by driving over one, try claiming compensation from your local authority.