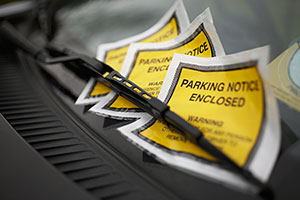 Parking fines issued by private companies have been ruled as fair and proportionate by the Supreme Court in a judgment handed down today.

The ruling – which has concerned Which? – could lead to people being more severely fined for things such as missing appointments, being late for nursery pick-ups or overusing wi-fi in a hotel.

Which? is worried that the ruling has watered down the law on penalty charges and unfair terms, and could now pave the way for more fines and default charges.

There is also fear it may encourage more firms to adopt business models based around default charging.

Potential for increase in fines

The Supreme Court case was brought by Barry Beavis against Parking Eye which issued him with an £85 parking fine for overstaying in a private car park.

Which? originally intervened in the case in a bid to ensure important consumer rights that protect consumers from excessive fines in all sectors were not watered down.

Given the Supreme Court has not acted on this, Which? is now planning to take the issue up with government ministers because any reversal of the judgment will require changes to the law.

Which? executive director Richard Lloyd said: ‘This is a thoroughly disappointing judgment based on a narrow interpretation of the law.

‘It will cause chaos if cowboy parking firms choose to take advantage of the ruling by hitting drivers with even more excessive charges.

‘Our advice to consumers is to be on your guard and always appeal if you think a parking fine is unfair.’

Mr Beavis took his case to the Supreme Court after the Court of Appeal dismissed his case in a ruling that stated the £85 charge was ‘not extravagant or unconscionable’.

Mr Beavis was appealing against a parking charge for overstaying at a car park in the Riverside Retail Park in Chelmsford in 2013.

He’d left his car for 56 minutes longer than the allotted free two hour wait time and was issued with an £85 parking charge.

He believed the charge should be ruled unlawful, including under the Unfair Terms in Consumer Contracts Regulations (which are now part of the Consumer Rights Act 2015).

Parking Eye argued – and the Supreme Court agreed – that the charge was justified to discourage people from overstaying at a site close to the railway station and law courts.

You should always read the signs in a car park carefully.

However, if you overstay due to unexpected circumstances (for example, if you are ill or if there are long queues to leave the car park) or if you don’t think the rules of the car park were clearly signed, you can still appeal a fine.

You can also appeal if you think the amount of the fine was too high. Each appeal will be assessed on a case-by-case basis.