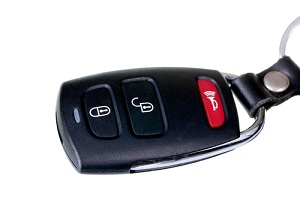 Keyless remotes can be vulnerable

German research group ADAC has highlighted a serious security risk with cars that use remote unlocking rather than a key.

The flaw was found to affect at least 24 different models of car.

Car theft possible without a break-in

Keyless entry works with a remote that acts as a short-range radio transmitter – once in range, usually around 15 metres, a push of a button unlocks the car.

The research group discovered that using a cheap power amplifier boosted the range of the remote, tricking cars into thinking the key was in their hands and allowing them to unlock cars from up to 100 metres away, even through walls.

Because the same keyless remotes start the ignition in the car, would-be thieves could use the same signal-boosting process to drive off with no need for a broken window or stolen key. Once started, the cars can be driven until the fuel runs out or they stall.

ADAC claims the signal-amplifying device is simple enough to be made at home and can be bought online for as little as £15. The rudimentary device has been tested unlocking cars from 19 manufacturers. See below for the full list of cars at risk:

How can I prevent it?

Other than keeping your key as far away from the car as possible, the best idea is to keep it in a device known as a Faraday cage. These metal devices or screens work by blocking any electronic signals from reaching the shielded device. They are often used to block mobile phone reception but the same principal applies to the radio signal from keyless car remotes.

Thick metal boxes aren’t the kind of thing most us have lying around but putting your keys in the freezer would have the same affect. Before you put your keys by the frozen peas check with your manufacturer to make sure this won’t cause any undue damage to the electrics.

The testing performed by ADAC is nothing new and a similar study by Swiss researchers was performed in 2011, but the German group has shown that the issue still exists and car manufacturers need to increase security on keyless car remotes.