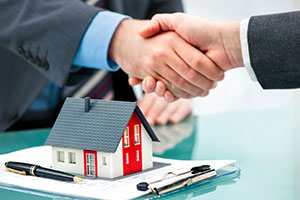 Equity release is complex and designed to last you for life

Which? has uncovered numerous examples of dubious practices from equity release advisers.

We sent undercover fieldworkers on consultations with advisers and rated them on 14 different factors, based in part on guidelines from the Equity Release Council.

Of the nine consultations we set up, four advisers failed our test. Where advice firms were visited twice, none passed our assessment both times.

In some cases, researchers were advised to borrow more than they needed, while another adviser failed to discuss vital inheritance plans. On three occasions, advisers neglected to discuss exit fees that can amount to tens of thousands of pounds if you cancel the scheme by repaying early.

Find out more: what is equity release? – we explain the pros and cons

Advisers should conduct a thorough ‘fact find’ before recommending a scheme to clients – asking questions about how much money they want to borrow, how it’s to be spent, and what the client’s financial situation is.

One adviser failed to do this and another encouraged our researcher to concoct a £2,000 overseas holiday to account for some of the money they wanted to borrow.

An average lump sum of £81,324 was borrowed using equity release schemes in the second half of 2015 – a figure that’s been rising along with customer numbers.

But in some cases, ‘early redemption fees’ – charged if you repay a loan before it is due – can run as high as 25% of the amount borrowed. Disappointingly, when describing the pros and cons of how equity release works, three advisers failed to raise these as a potential risk.

Put to the test

Which? researchers contacted five firms seeking to borrow a £10,000 and £125,000 sum, following the advice process through to the point of receiving a written recommendation.

By this point, we expected advisers to have discussed how equity release works, as well as its costs and potential risks. In preparing their recommendations, we were also looking for the advisers to have taken an accurate account of our financial situation and plans for the money.

Equity release and the alternatives

Equity release is a long lasting and complex product, but isn’t automatically a bad idea. The most common form of equity release is called a ‘lifetime mortgage’ – which is a loan secured against your house.

Most plans include no obligation to make regular repayments, so for homeowners over 55 who would prefer not to move house, it can be a way to free up cash to enjoy retirement, make expensive home improvements or consolidate other debts.

However, it’s designed not to be repaid until you die or move into long term residential care. So the unpaid debt continually gathers interest, potentially for decades – making it an expensive way to borrow in the long term. A good adviser will take you through the other options first.

Buying somewhere less expensive can release substantial amounts of cash from your home, without you owing a fortune in compound interest. The downside is that you have to move house.

For smaller amounts (for example if you want to buy a car) borrowing over a short term will cost you significantly less if you can access credit and afford to pay the debt off monthly.

For some home improvements or funding for domestic care you may be eligible for assistance from your local council. It’s also worth bearing in mind that if you release a big chunk of cash from your house, your entitlement to grants and benefits may be affected.