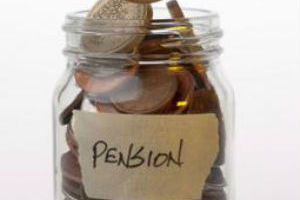 High charges and hidden costs are eroding pension pots by as much as a third of their value, according to new research by Which? Money.

In some cases, the pension versions of popular investment funds were more expensive than the retail version, despite being invested in exactly the same assets.

The graph below details the impact that even small increases in cost can have over several decades of investing.

It shows how a pension pot started by a 25-year-old might fare in a fee-free environment versus one where 1% or 2% fees were taken every year up to age 90, with an income taken from 65 onwards.

We found that, in many cases, the pension versions of popular retail funds were more expensive, and sometimes significantly so. This means that although the funds themselves are identical, their charges are different – so pension versions will consistently return less than their retail counterparts.

For example, one of Axa Wealth’s pension versions of the popular Invesco Perpetual High Income fund costs 1.80% each year, while the retail version costs just 0.92%.

Royal London offers the M&G Recovery fund at 1.7%, made up of a fund charge of 0.75% and an additional product charge of 0.95% taken by Royal London itself. Including miscellaneous additional expenses the total charge is 1.86% ever year.

In contrast, the retail fund charge is 0.91% which, even combined with Hargreaves Lansdown’s 0.45% annual charge (and its discounted fund price of 0.81%), is well below what you’d be paying for that pension version.

A partial explanation is that in some cases the pension versions are ‘bundled’ prices, including several costs that the investor might have to pay themselves otherwise.

If you invested in a retail fund with an ‘unbundled’ fee, you would have to pay additional fees for the fund supermarket you invested through (like Hargreaves Lansdown, AJ Bell Youinvest or Interactive Investor), or perhaps for any financial advice you took.

According to the Transparency Task Force, a group of experts campaigning for better disclosure of investment costs, up to 300 different charges are taken from your pension money, from the birth of the pension to its final payment.

While these are arguably part of the cost of doing business, this extensive list illustrates the extreme amount of intermediation in pension investing. Some of these fees will be clearly set out, but many won’t.

Harry Rose, editor of Which? Money, said: ‘A 2% charge may not seem like much, but the true significance of even the smallest fees over time can make a startling difference to the size of your retirement pot.

‘Call your pension provider and ask them in no uncertain terms how much is being taken from your pension every year. Some of the charges cannot be avoided, but there may be cheaper versions of the same fund available or a different investment strategy that suits your needs.’

What should you do?

Here are our tips for consumers looking to keep costs down.

Ask them exactly how much is being taken from your pension every year. Make sure you ask about performance charges and who pays transaction costs (sometimes they will be included in the management fees).

Watch our for exit fees

It may be worth leaving the fund and moving provider, but some pension funds have very high exit charges so check what these are before you make a decision.

Tracker funds can be significantly less expensive and may meet your investment goals.

A qualified financial adviser will be able to assess how much you’re paying in costs, how much it would cost to rearrange things and recommend how to do so without taking on more investment risk. But be careful about ongoing service.