Crisp packet in your recycling? Stones in your green waste bin? If you’ve done either of those, you’re contributing to the growing amount of recycling rejected each year – which costs councils time and money. Read on to find out what most often mucks up recycling, use our interactive maps to discover whether where you live is the best or worst place in the UK for recycling, plus discover recycling’s future post-Brexit.

We each throw away 407kg of waste per year on average. That’s nearly five times the bodyweight of the average man.

But where your waste goes – and how much is recycled – depends on where you live in the UK. Wales was recently named as having the third-highest recycling rate in the world, by sustainability consultancy Eunomia.

The UK’s overall recycling rate actually fell for the first time in 2015 (by 0.6 percentage points), as a result of lower recycling rates in England and Northern Ireland. Overall, the UK recycles 44.3% (2015 government data).

There’s huge variation between how much different areas recycle, send to landfill, or incinerate. The best local authority in England manages to recycle two thirds of its waste. However, the worst recycles just 15%.

Read on to find out where these places are and use our interactive maps to see how your local area compares and where it’s sending your rubbish. Plus we reveal the mistakes you might be making that affect recycling in your area and bust some recycling myths.

If you consider yourself a recycling pro, make sure you’re using the best compost bin for the job and find out how to make excellent compost.

Organic or food waste in dry recycling is one of the main reasons for recycling being contaminated. 14% of you have had your recycling box or bag rejected, according to our survey*. And nine people admitted to getting a recycling fine.

Even if this isn’t you, scroll down to check the common recycling mistakes to find out if you’re guilty.

Four percent of recycling was rejected in England in 2015. That might not sound like much, but it equates to 417,000 tonnes – the weight of around 745 fully loaded Airbus A380 aeroplanes. The amount rejected has increased each year.

So we spoke to recycling experts at not-for-profit sustainability organisation Wrap, LondonWaste, Veolia and local authorities to find out what people are commonly putting in their recycling that causes problems. 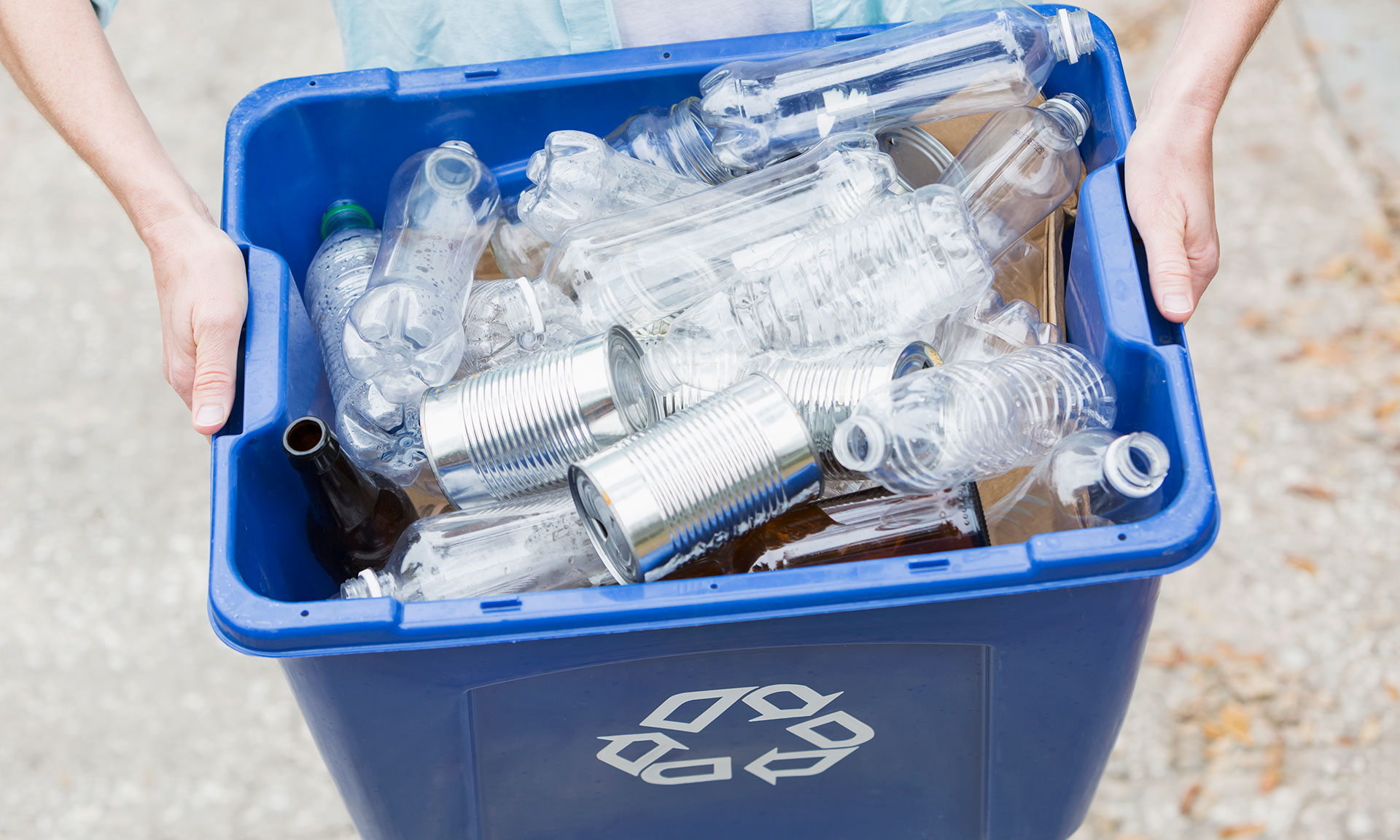 In your dry recycling…

In your green/ garden waste recycling…

At best, rogue items in your recycling mean extra time spent removing them at a sorting facility. At worst, they can contaminate a load of recycling and it’s rejected to incineration or landfill. 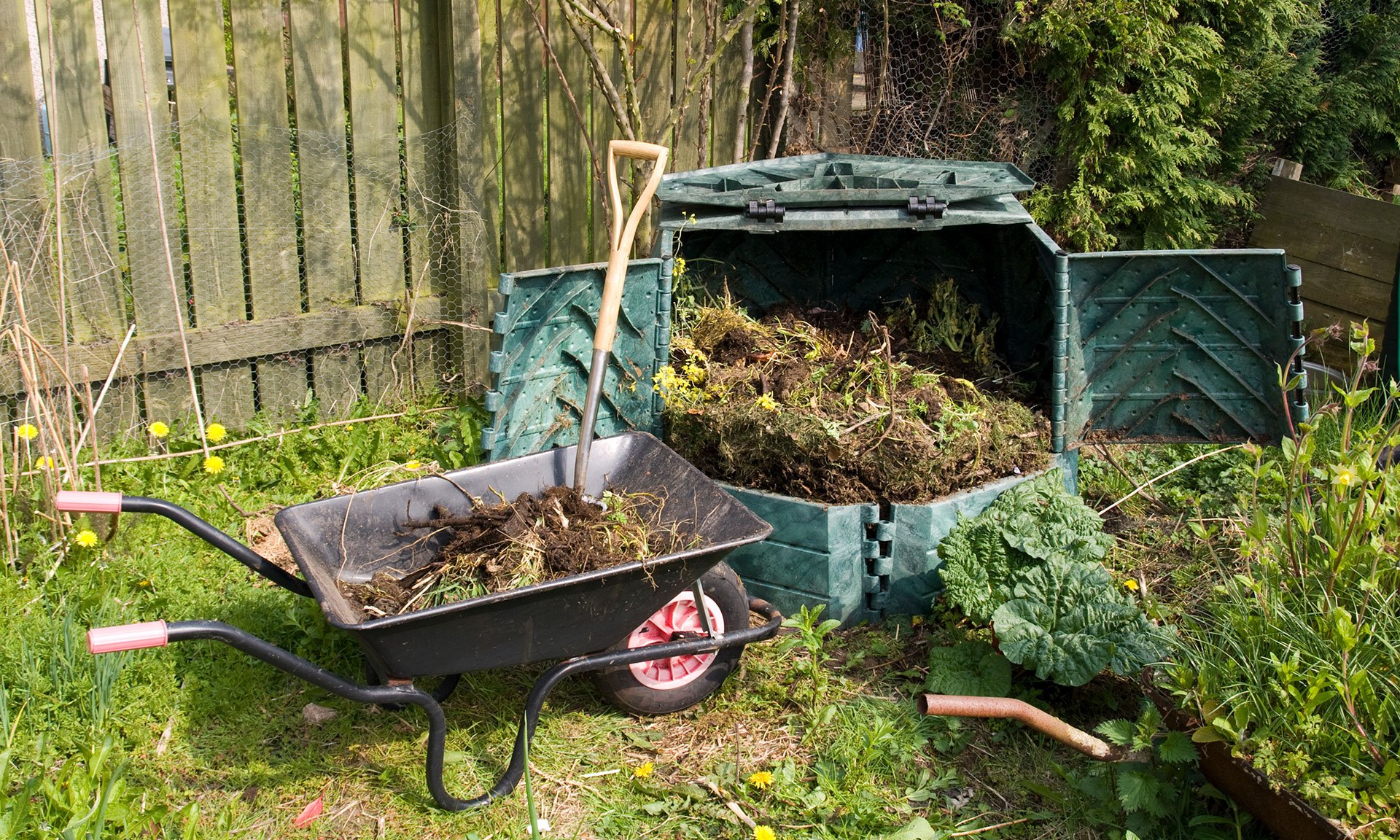 Not all councils collect food and garden waste from your kerb. If yours doesn’t, divert your food scraps from the bin and into a wormery to make rich compost for your garden. Find out how to make compost with a wormery.

No space for a wormery or compost bin? Check with your council whether you can take your green waste to a recycling centre, free of charge.

Where is best for UK recycling?

There’s room for improvement before the UK reaches the 2020 EU target of recycling 50% of household waste. Recycling is devolved – this means countries set their own recycling strategies.

Councils use different systems, and a myriad of different bins, bags and boxes, to collect recycling. Glass, metal, paper/card and plastic are collected by almost all councils, but many collect other items, too.

At not-for-profit sustainability organisation Wrap, the head of resource management, Linda Crichton, said they find that some people are confused by the collections. Wrap is working to get every council to collect a consistent set of materials, including plastic tubs, trays and Tetra Paks: ‘so, no matter where you live, you should be able to recycle the same’.

South Oxfordshire recycles the most (67%) of any local authority in England. It told us that the secrets to its recycling success include making recycling ‘as easy as possible for people’ and providing residents with one wheelie bin for all recycling. It also collects textiles, electricals, batteries and food waste from the kerb.

Newham, London, is the worst-performing area for recycling in England and recycles just 15%. A spokesperson told us that its dense population, transience and relative deprivation are all recognised ‘barriers to recycling’.

A national strategy for consistent recycling and food waste collection in England was recommended by a recent House of Commons select committee Environment, Food and Rural Affairs report. 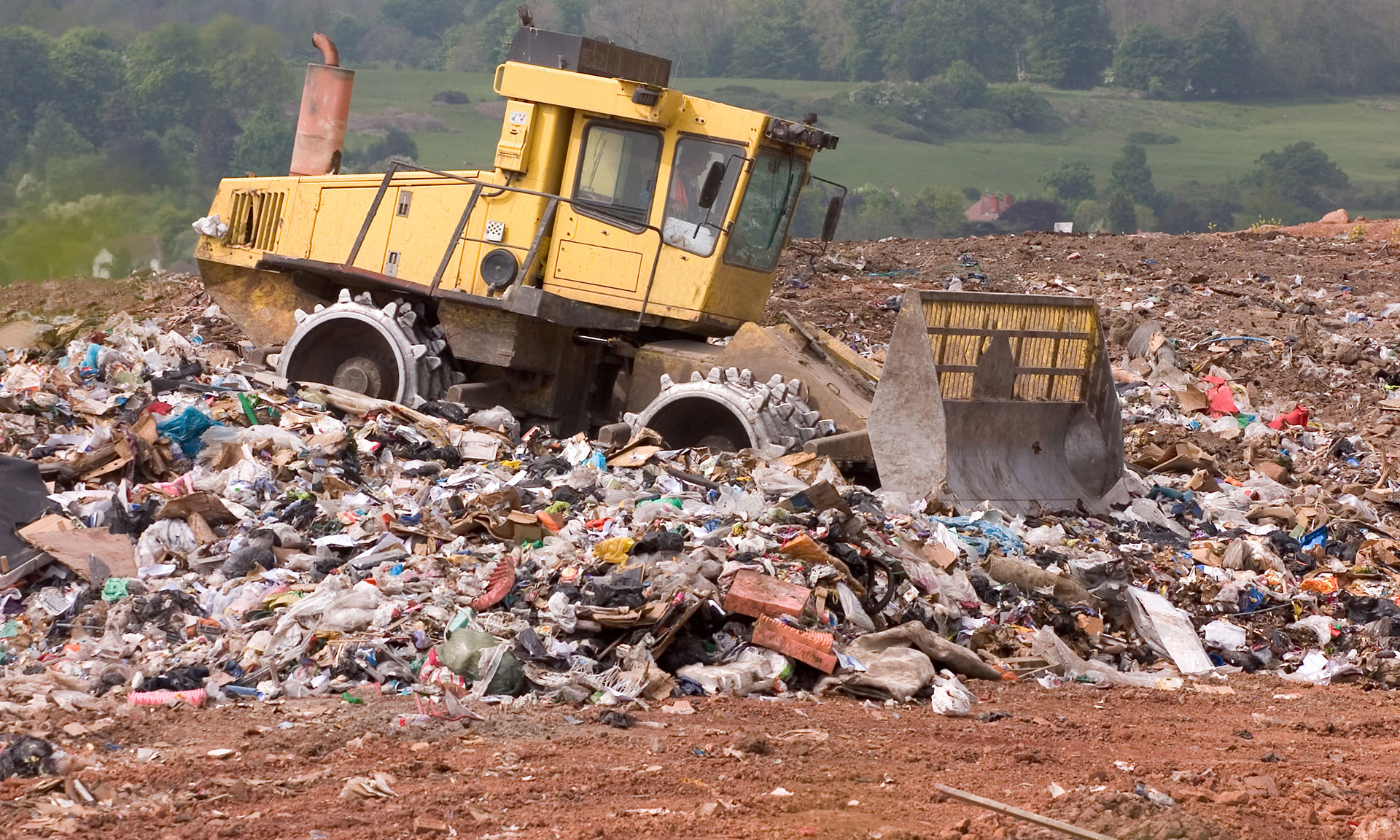 Where does my rubbish end up?

Landfill is the last resort for black-bag waste, and the UK is cutting back; 10 million tonnes less ended up there in 2015 than in 2010. But more than two-fifths of Northern Ireland and Scotland’s waste still goes to landfill.

England burns around a third of household waste, mainly in Energy from Waste (EfW) facilities. These generate electricity or heat from incinerating waste that would otherwise go to landfill.

LondonWaste (owned by North London Waste Authority) processes the most household waste this way in England – around 500,000 tonnes each year. It’s the second-largest facility of its kind in the UK.

Its EfW facility in Edmonton, London, burns up to 70 tonnes of waste every hour and operates around the clock. Heat from its furnaces produces super-heated steam which drives turbines to generate electricity.

It exports enough to the National Grid to power 70,000 homes each year. Even residual ash isn’t wasted – it’s treated and can be used to build roads.

Could you be greener at home? 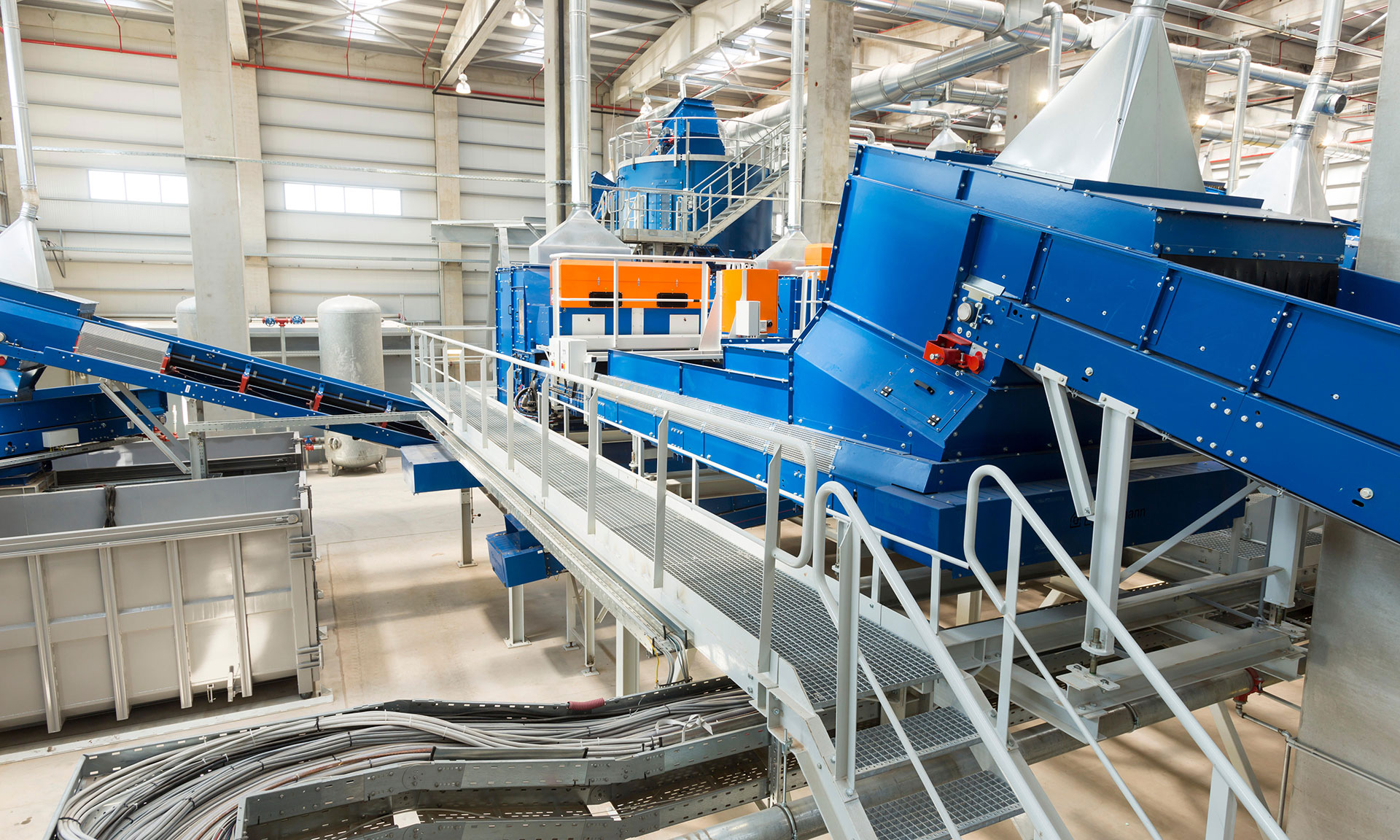 The ‘plume’ from its chimney is ‘water vapour’, not smoke, LondonWaste told us. Furnace temperatures of above 850°C burn off dioxins. Flue gas treatment removes heavy metals and neutralises acidic gases.

The amount of waste incinerated with energy recovery is growing. A proposed new facility in Edmonton should be up and running by 2028. But growing amounts of waste are exported as ‘refuse derived fuel’, most commonly to Sweden, Germany and The Netherlands.

Find out how much of England’s waste is incinerated with EfW, sent to landfill and recycled – explore our interactive map, below.

Much of our waste and recycling legislation comes from Europe. That includes landfill reduction targets and recycling targets. At this stage, we don’t know how leaving the EU will change things.

The Department for Rural Affairs (Defra), which has recycling in its remit, told us: ‘our ambition is to be the first generation to leave the natural environment in a better state than we found it, while securing the best deal for the country as we leave the EU. We are committed to publish a long-term plan that […] sets out a new approach to managing the environment.’

Dates for the plan haven’t been announced, but Defra is working with environmental and conservation groups on proposals. Minimising food waste and encouraging recycling in urban areas are among its current research priorities.

If you live in England and Wales, try the recycling tool on gov.uk.

It can but often ends up in landfill or poor-quality recycling, because automated recycling sorting systems can’t sort it. Near infrared readers (NIR) can’t detect the pigments commonly used in black plastic so don’t pick it out for high-quality recycling.

Recycling organisation Wrap has helped to develop an alternative pigment that can be detected and sorted, but told us: “There are commercial reasons why it hasn’t been adopted yet; the whole supply chain needs to change.’ 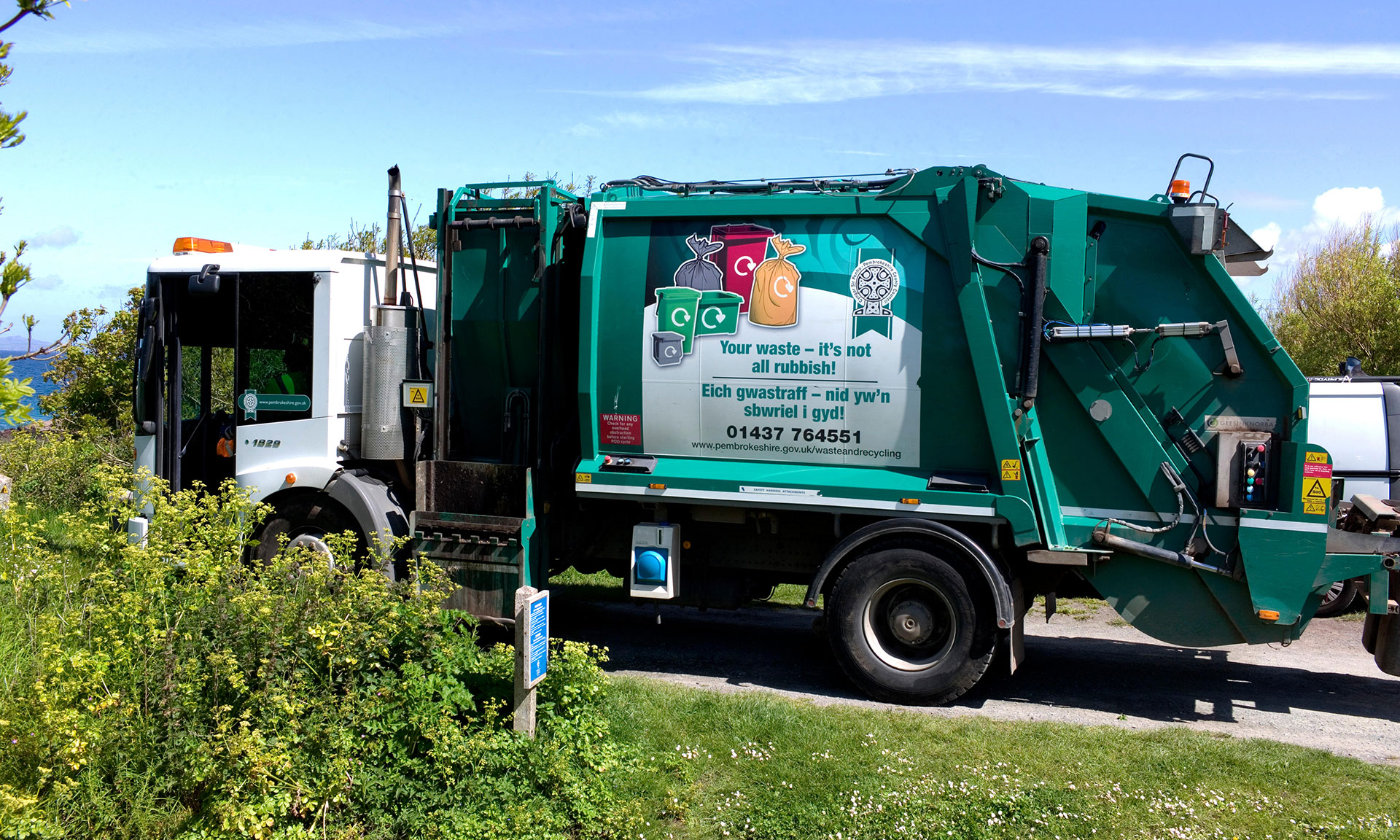 I don’t need to rinse recycling

Two thirds of people always rinse recycling (according to our survey) and it’s ‘good housekeeping’ to do so, LondonWaste’s refuse and recyling centre manager, Tafi Harris, told us, although it is often washed again later in the process. Dirty recycling ‘causes more vermin at recycling centres,’ he said.

Spare a thought for the staff who, in summer, are an attractive target for wasps and bees if they’re working with unrinsed tins and glass, dressed in hi-vis yellow jackets.

I sort my recycling but it’s collected in one lorry

Several Which? members got in touch to tell us that they sort their recycling carefully into separate boxes or bags, only for it to be collected by one lorry.

Local Authority Recycling Action Committee (LARAC) explained that collection vehicles have different compartments inside them that keep materials separate. ‘There are no efficiencies to be gained through giving people more than one container for the different recycling if you then mix it all back up in the vehicle.’

Shredded paper is no problem for recycling facilities, LondonWaste said, and some have secure document containers. So don’t throw out anything containing your name, address or financial details without shredding it, to protect yourself against identity theft.

55% of you shred bank statements, but both phone contracts and appointment forms are shredded by only 38%. Use our reviews to find a cheap, effective shredder.