If you’d just spent £49,000 on a luxury car what would you expect? Leather seats and plenty of features, but probably not lots of trips to your garage to get it repaired.

The 2017 Which? Car Survey has revealed that the most expensive class of car on the market is also one of the most prone to faults. We have also discovered which luxury car models are the most and least reliable – keep reading to find out more.

People spend more money on luxury cars than any other class of vehicle – those we heard from in our annual survey paid just over £49,000 on average for their plush new vehicle.

But more than a third (36%) of these cars had developed some sort of issue within the first three years of its life. We saw the same fault rate in people carriers, which isn’t great for the families that need them.

It may come as a surprise that it was dinky little cars, that cost just a fifth of their luxury counterparts, that are the most resilient class of car. Our survey showed that city car owners only paid a smidge over £10,000 on average for their motor, but also revealed they have a much better chance of cruising past their local garage than any other class of car.

Use our interactive tool to discover the most reliable car brands. 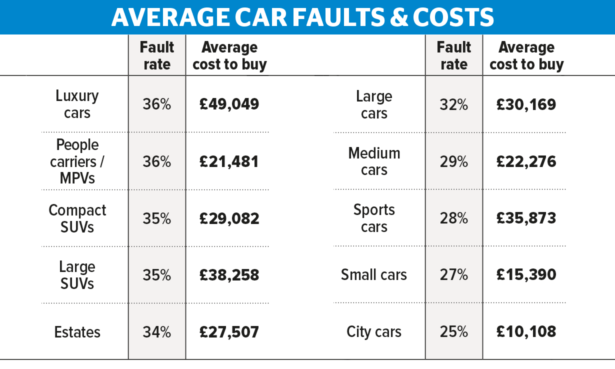 It’s not just luxury cars and people carriers with high fault rates. SUVs, which include fashionable compact crossovers, are hot on their heels in terms of the number of faults that they suffer from.

The most reliable luxury car

Nearly a third of owners reported issues, most commonly to do with handles or locks for the boot or door. Issues with seat belts and rainwater seals are also among the more common faults we’ve heard about from Tesla owners.

But despite these faults, our survey owners are no just happy with their Tesla, but incredibly chuffed. For the second year running, the Tesla Model S has the highest customer satisfaction rating of them all.

‘It is quite simply the best car I have ever driven. It is economical, efficient, smooth and effortless to drive’ – Tesla owner.

Our in-depth lab tests reveal the truth about electric cars and their mileage. To find out if you should invest in a Tesla, check out our independent, expert Tesla reviews. 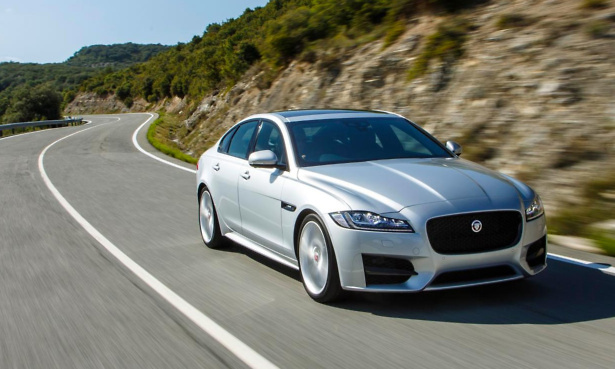 Bottom of the new luxury car reliability pile is the sleek and stylish-looking Jaguar XF (2015 – ). Despite being a maximum of two years old, 42% of owners we’ve heard from have already had something go wrong with their car. The slightly more common issues include problems with the fuel system, parking sensors and suspension.

And those problems equate to a lot of time in the garage – our survey shows that of those who have had issues, cars have spent on average of six days in the garage being seen to. One owner had this to say:

‘A car of its price that leaks water into the door and one of the exterior door seals peels off. [It indicates a] poor quality build’ – Jaguar XF owner.

Looking for the best new or used cars? We’ve updated our best car tables for every car class and reveal the best vehicles money can buy. We’ve also listed the disastrously bad cars you should avoid. To find out who are the winners and losers, head for our guide to the top cars of 2017.

Our reliability research is powered by the experiences of 44,794 owners. Their detailed insight into the ownership and maintenance of 50,742 individual cars (survey: Dec 16 to Mar 17) allows us to identify the new and used cars that are the most dependable. And the least.

This means we can tell you the brands and models that are the most and least likely to leave you forking out for expensive repairs.

Our research has proven that luxury cars are among the most likely to develop a fault, leaving owners with higher-than-average repair bills. So remind yourself of that the next time you have to put up with someone boasting about their expensive new car.

We’ll help you find the best car for your needs and budget. Head to our expert new and used car reviews.